Upgraded motor does the trick for Red Bull Racing in FP1 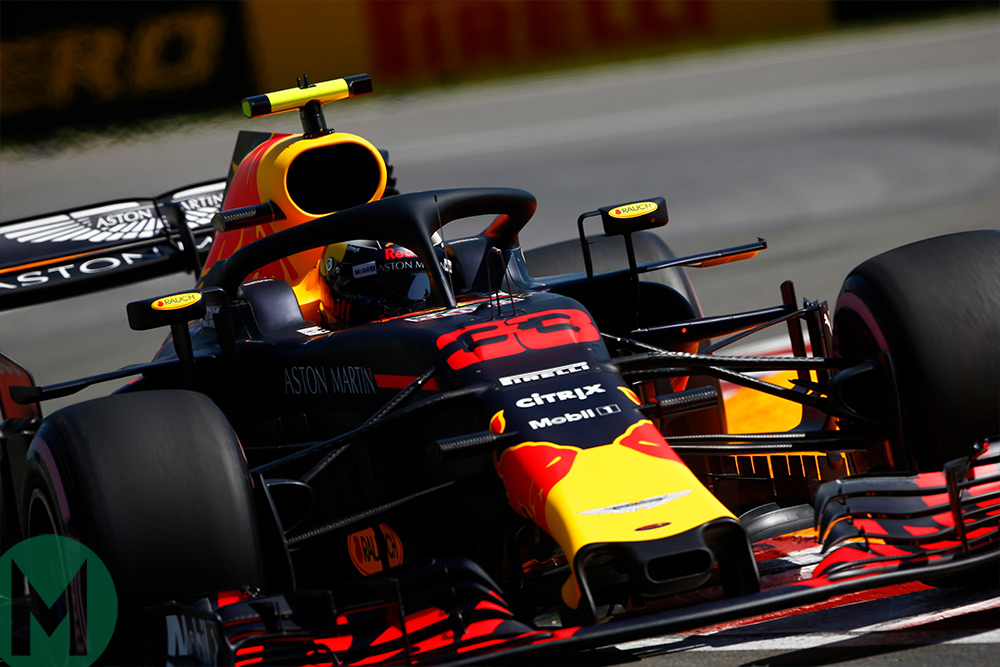 Monaco winner Daniel Ricciardo claimed third in the Red Bull, as Renault introduced it upgraded motor – believed to be worth an extra 20bhp. The Australian had been expected to be handed a grid penalty following his problems at Monaco, but will instead run parts previously used this season to avoid the grid drop.

Sebastian Vettel was the fastest of the Ferraris in fourth ahead of the Mercedes of Valtteri Bottas. Vettel’s Ferrari team-mate Kimi Räikkönen finished the session a tenth further back in sixth.

Fernando Alonso and Stoffel Vandoorne spent the early session near the top of the timesheets, eventually dropping down the order as the times began to lower. Alonso finished the session in seventh, with Vandoorne ninth.

Carlos Sainz of Renault split the two McLarens in eighth, with the Spaniard two-tenths slower than Alonso. His Renault team-mate Nico Hülkenberg slowed to a stop on the hour mark, unable to select a gear, and that brought out a red flag just as the two McLarens had jumped to the top of the timesheets.

Pierre Gasly of Toro Rosso rounded out the top 10 ahead of Force India’s Sergio Pérez.

Romain Grosjean claimed 12th ahead of the two Saubers, with Marcus Ericsson surviving a spin to pip Charles Leclerc by half a tenth.

The under-pressure Hartley, who would have lost his seat to Lando Norris had McLaren not blocked the move, set the 16th-fastest time behind Kevin Magnussen.

Lance Stroll picked up a puncture with around 25 minutes remaining in the session when he hit the ‘wall of champions’, crawling back to the pits and out of the session down in 18th place. His team-mate Sergey Sirotkin went one better in 17th, 0.5sec faster than Stroll, but spun into the barrier in the closing stages at Turn 6.