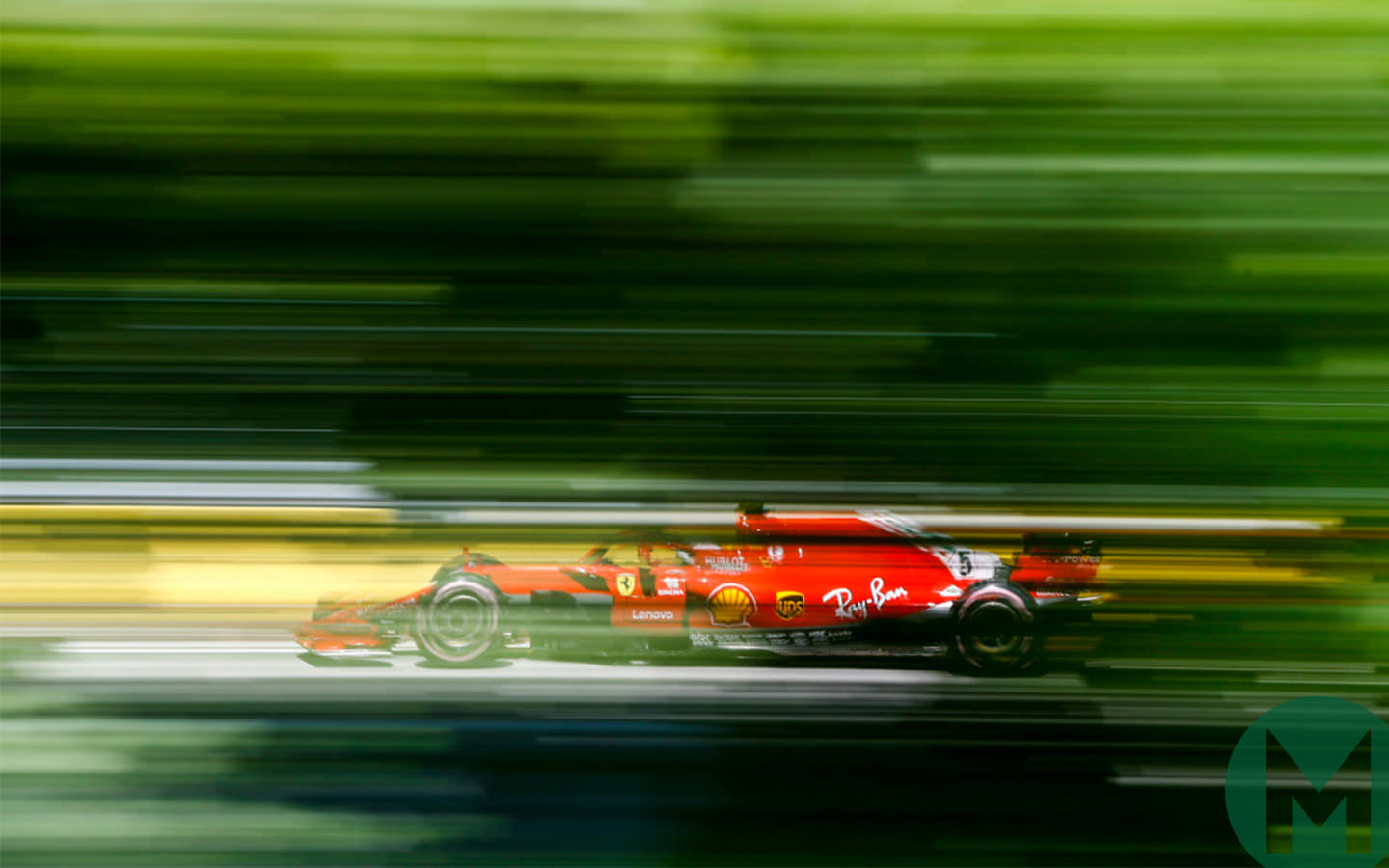 Ferrari’s Sebastian Vettel claimed pole for the 2018 Canadian Grand Prix, pipping Valtteri Bottas by less than a hundredth of a second in qualifying.

Valtteri Bottas had become the first driver ever to lap in the 1min10s in the opening runs of Q3, beating his team-mate Hamilton by almost four tenths. But Vettel quickly jumped to the top of the timesheets, going a hundredth quicker than the Finn to head into the second runs on provisional pole.

Räikkönen had been in the top three after the opening runs, albeit three-tenths back from Vettel, but a mistake exiting Turn 2 saw him unable to improve with his second lap.

The Red Bulls navigated Q2 on the hypersoft tyres, unlike the rest of the field that opted for the ultrasofts. Vettel attempted late flier on the hypersofts but was forced to abort his lap when he was slowed by a train of cars preparing for their final runs.

Nico Hülkenberg once again qualified seventh as best of the rest ahead of Force India’s Esteban Ocon, with Carlos Sainz ninth.

Toro Rosso, Haas and Sauber proved closely matched around the Circuit Gilles Villeneuve, with a little more than half a tenth covering the teams in qualifying. Kevin Magnussen of Haas came out on top to claim 11th, three-hundredths quicker than Toro Rosso’s Brendon Hartley. Charles Leclerc placed his Sauber 13th, a further three hundredths back.

Fernando Alonso could only manage 14th, despite having spent Friday practice inside the top 10. His team-mate, Stoffel Vandoorne, qualified 15th – 0.090sec adrift of his team-mate.

Both McLarens entered the final runs of Q1 in danger of missing the cut, but Alonso and Vandoorne just jumped clear of Toro Rosso’s Pierre Gasly to demote him to 16th and out of qualifying. Gasly’s Honda engine had been replaced with an earlier specification following practice.

Romain Grosjean’s qualifying lasted little more than a few yards, as smoke billowed from the back of his Haas almost as soon as he left the garage.

Marcus Ericsson clipped the wall to end his session early, and will join Grosjean on the final row of the grid.