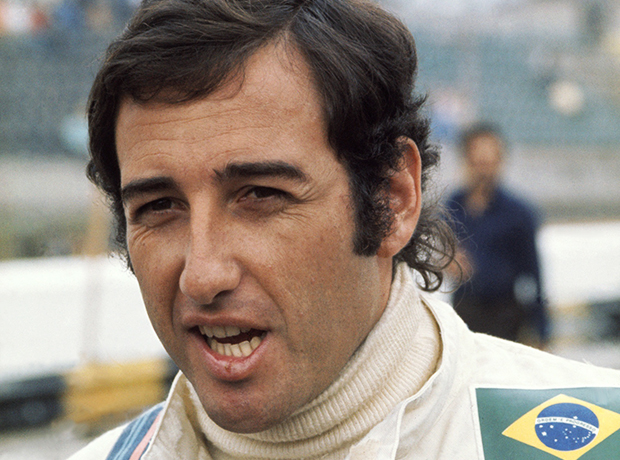 The erudite son of a wealthy textile merchant, Pace was born – and died – in São Paulo, and scored his only Grand Prix victory at Interlagos; on a scorching January day in 1975, he finally emerged from the shadow of his friend Emerson and confirmed the potential which, much lauded, had at times worked against him.

It was Fittipaldi who encouraged Pace, two years older, to follow his footsteps to British Formula 3 with the Jim Russell Racing Driver School. ‘Moco’ – meaning, I kid you not, ‘Little Snot’ – arrived on these shores with a powerful reputation based on karting prowess, a hat-trick of national car titles and scores of victories in diverse machinery: GT, Prototype and Formula Vee; from Alpines built under licence and a Porsche-engined VW Karmann Ghia to an Alfa Romeo T33/2.

Though he did not make the same dramatic impact that ‘Emmo’ had the previous year, he scored wins at Thruxton, Croft, Oulton Park and Crystal Palace and beat the works Lotus of category benchmark Dave Walker to the 1970 BARC Forward Trust Championship, one of three UK titles up for grabs that season.

A disappointing 1971 European Formula 2 programme with Frank Williams’ overstretched Motul March squad was leavened only by a non-championship win at Imola in July, yet this combo agreed to press ahead with a Formula 1 programme in ’72. 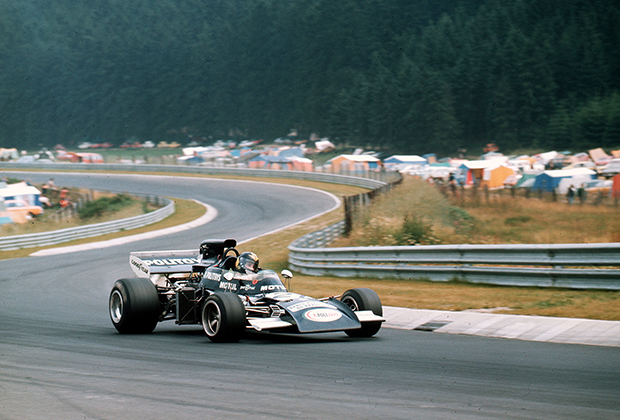 Pace in Frank Williams’ March at the Nürburgring, 1972

Pace scored points in his second and fourth Grands Prix – a sixth at Jarama and a fifth at Nivelles – and continued to impress even though his uncompetitive 711 slipped remorselessly down the order thereafter.

He certainly caught the eye of an ex-world champion.

“I thought Carlos was a superb talent,” says John Surtees. “I had a lot of time for him. He had a good relationship with a car, understood it, and this allowed him to perform in different conditions and drive around a few problems.

“He had a little bit of a temperament and could get upset about things, but generally he was easy-going and we had a good relationship. That he set fastest laps with us at the old Nürburgring and Österreichring, real flowing drivers’ courses, showed that he was a bit special.”

Their relationship began in August 1972. Having begun his F2 campaign in a Mike Earle-run Pygmée, Pace switched to a Matchbox-sponsored TS10 and made an immediate impact: a fastest lap at Enna followed by a pole and second place, behind team-mate and eventual champion Mike Hailwood, at the Salzburgring. 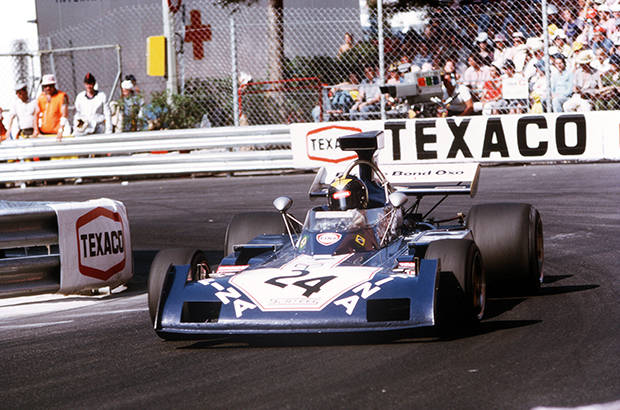 He announced at the Italian GP that he was joining Surtees on a permanent basis – Williams virtually begged him to stay – and finished second in an F1 TS9B in October’s John Player Challenge Trophy at Brands Hatch, charging on slicks on a drying track. He also beat Emerson’s works Lotus to win the second round of the Interlagos-based F2 Torneio in the prototype TS15. (He won the second heat of the third round, too.)

Sadly, his relationship with Surtees, despite the outstanding performances John mentions – which led to back-to-back fourth and third places in Germany and Austria in 1973 – foundered, in mid-’74, on the team’s unsatisfactory relationships with its headline sponsor Bang & Olufsen and tyre supplier Firestone. In its final year of F1, the latter lagged behind Goodyear in the development stakes.

A fourth place at Interlagos in January soon wore thin.

“Carlos was a good guy and I would have loved to continue to work with him, but he was ambitious and wanted to go,” says Surtees. “Bernie Ecclestone, who rated him highly too, made a very tempting offer.”

The move to Brabham

Despite a shock DNQ in Hexagon Racing’s year-old BT42 at Dijon, Pace replaced Rikki von Opel at the next GP and would remain with the works Brabham team for the remainder of his F1 career.

Pace on his way to second – sharing with Arturo Merzario – for Ferrari at Le Mans, 1973

After some difficulties adapting to the Goodyears on Gordon Murray’s BT44 design, he concluded the season in a positive fashion, with a fastest lap and second place behind team-mate Carlos Reutemann at Watkins Glen.

Pace was 30 and finally his big chance had arrived. (Emerson, of course, was already a double world champion by this stage.) He improved his fitness and the consistency he showed with Ferrari’s long-distance sports car team – he had finished second at Le Mans in 1973 – quashed suggestions that he was too hard on his equipment.

There remained only his tendency to occasional hotheadedness. At the opening GP of 1975, Argentina, he left the road immediately after levering the lead from Reutemann. Although debris and extinguishant, legacy of an earlier accident, provided an explanation, the doubts remained.

These would be erased at Interlagos a fortnight later.

It was clear after qualifying that there would be no catching Jean-Pierre Jarier, Shadow’s surprise pacesetter in South America. And so Pace, nursing a sore neck, courtesy of the track’s anticlockwise nature, and tender ribs, courtesy of a few lb of ‘padding’ shed, didn’t try. 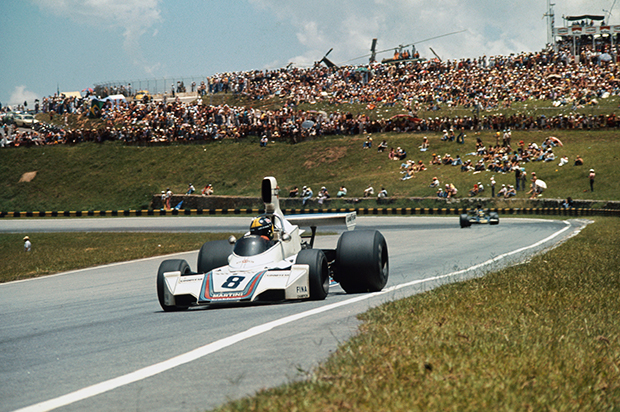 Reutemann did, however, jumped the start, grabbed the lead and held it for four long laps. In doing so, he cooked his right-front Goodyear despite it being the harder compound designed specifically for this track.

Pace made an equally ‘good’ start to annex third from the third row. He had plumped for soft fronts and hard rears and spent the early laps bringing them in. He was also wary of a repaired transmission that had suffered a failed oil seal during morning warm-up. Only on lap 14 did he pass Reutemann.

By which time Jarier was long gone. Indeed, the Frenchman was 25 seconds ahead at three-quarter distance when the cam in his metering unit seized and jammed his throttles shut.

Pace inherited the lead with eight laps to go, and despite the onset of understeer and the looming threat of Emerson’s McLaren M23, stayed calm to win.

The same could not be said of the 100,000 crowd. Hosed by a bowser before the start, it boiled onto the track. Pace was heaved from the cockpit, a process that ripped the knee of his race suit, and was hit in the face by the mic of an overeager reporter before being carried shoulder-high to the podium. 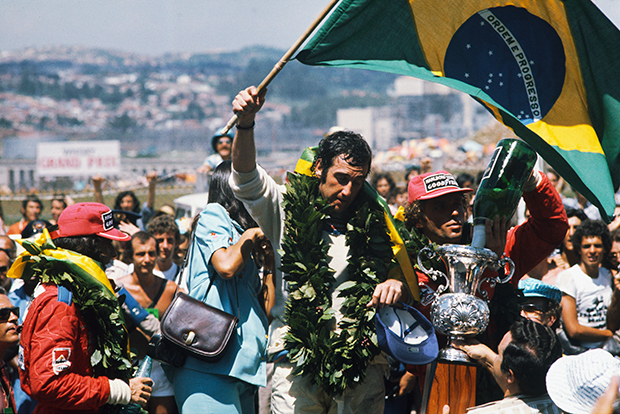 There, overalls unzipped and knotted at the waist, cap askew, laurel wreath at a jaunty angle, he looked bewildered but happy, and caused laughter when absentmindedly he tipped champagne from the raised trophy onto Fittipaldi.

The arrival of Ferrari’s 312T in South Africa, where Pace started from his only GP pole and held an early lead, soon relegated the BT44B to the best of the rest. Third in Monaco and second in Britain, Pace would finish sixth in the overall standings, more than 40 points behind world champion Niki Lauda.

Perhaps his moment had gone.

It looked that way when Ecclestone struck a deal to run Alfa Romeo’s flat-12 that forced greater packaging demands on Murray. Reutemann detested the resultant BT45 and decamped to Ferrari midseason, whereas Pace stuck with it and further endeared himself to the team with an unstinting effort in difficult circumstances.

His hard work looked set to pay off in 1977. Second – and almost fainting with exhaustion – in Argentina, he led briefly in Brazil, thanks to another rocket launch from the third row, before spinning out. He started from the front row in South Africa, only to lose any chance of points because of a stop for new rubber, and then absented himself from the Race of Champions to do business back home and prepare for the European meat of the GP season. 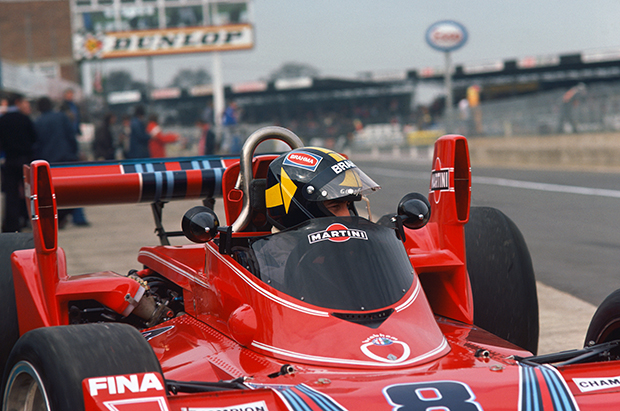 On March 18, he was a passenger in a friend’s private plane that took off from Campo de Marte Airport. A few minutes later it plunged into a hillside near Mairiporã.

Interlagos, scene of his greatest victory, was renamed in his honour in 1985. Although he had failed to win a place in the pantheon alongside Emerson and Ayrton, the gentlemanly Pace had won a place in the hearts of the Paulistas.