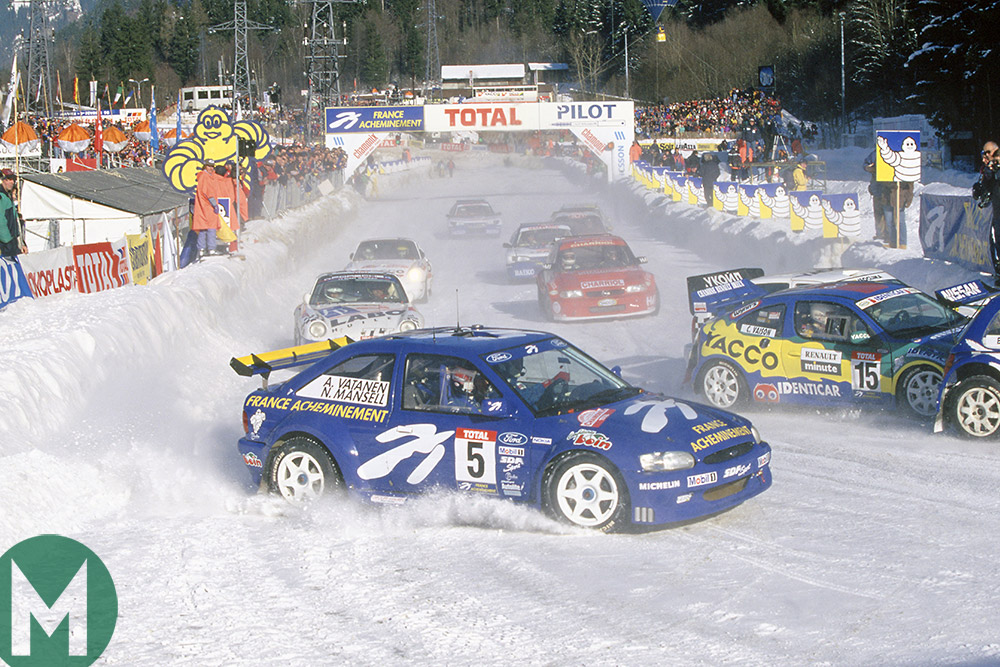 By the 1990s Formula 1 drivers were pretty much different species to other racing drivers, the first group dedicated to Grands Prix and the second happy to sit in anything that came their way. In the context of the time, Nigel Mansell was having quite a diverse decade. Race for Ferrari? Tick. Win World Championship with Williams? Tick. Defect to the States and take the CART title at the first attempt? Tick. Drive a Ford Mondeo in the TOCA Shoot-Out at Donington Park, crash into a bridge parapet, put yourself in hospital and blame Tiff Needell? Several ticks.

After that he completed one more CART season, brief F1 stints with Williams (again) and McLaren… but then slipped from the sport’s radar. There were rumours of an F1 renaissance with Jordan, or that Porsche might be evaluating him for a Le Mans drive, but there came only silence.

And then, at the dawn of 1998, he made his comeback by sharing a Ford Escort with Ari Vatanen in the Chamonix 24 Hours, an ice race in the shadow of Mont Blanc.

I was a freelance at the time and quite surprised that Motoring News asked if I could attend on their behalf… on the grounds that I spoke French. I pointed out that this wasn’t terribly essential when dealing with Nigel Mansell, but they felt access was likely to be a nightmare and that I’d be best placed to negotiate with the organisers. An expenses-paid winter weekend in the Alps? Count me in.

His competitive return sparked a flurry of interest and Fleet Street dispatched a strong first XI, one of whom (who shall remain nameless, but let’s call him Stan Piecha from The Sun) failed to twig that there might be snow and ice alongside the track, as well as on it, and so turned up in a pair of loafers.

Mansell? Despite a reputation for occasional awkwardness, he could not have been more accommodating. He treated everyone like long-lost friends – and if we weren’t talking to him during quiet moments, he’d come to the media room to find us. At one point, while using one of the complimentary phones to check on the family back home, I had the handset ripped away from me by a very large mitt and a familiar voice barked, “Don’t listen to him. He talks as much crap as he writes.” 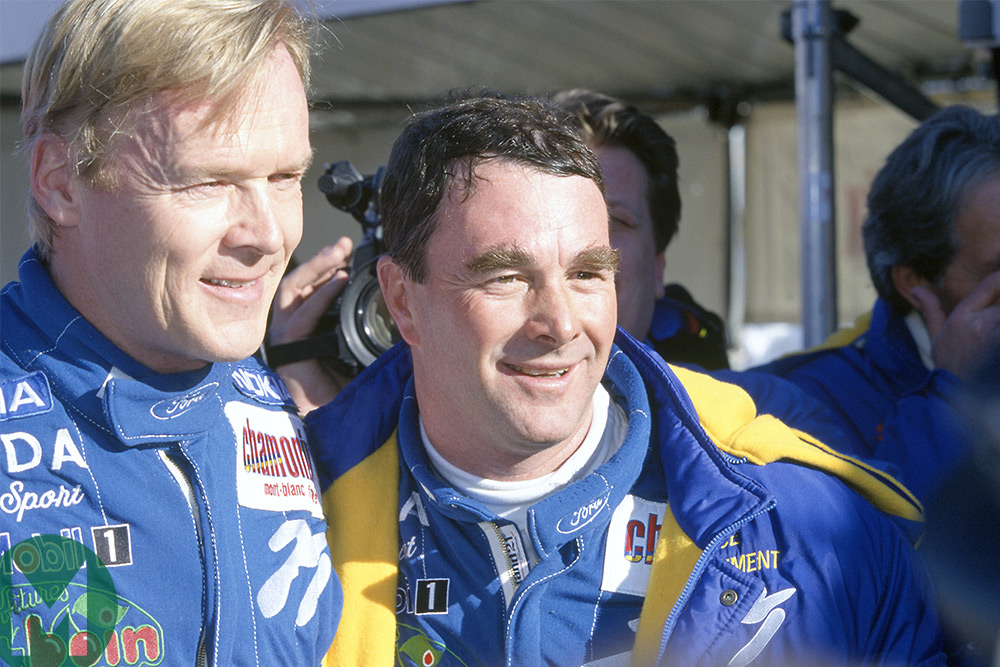 To this day, I’m not sure my bemused father has ever believed it really was Nigel Mansell…

The highlight was probably Saturday evening, a pyrotechnic frenzy that turned the surrounding peaks to various shades of red, green and blue amid a volley of potassium nitrate, while The Beatles’ All You Need Is Love echoed all around. It’s the finest fireworks display I’ve witnessed, bar none.

Vatanen and Mansell qualified for the grand final, but earlier damage restricted their Escort to two-wheel drive and they didn’t figure. Mansell’s response was to invite several journalists to his motorhome for a flute of champagne as he recapped the past 48 hours. It was all very civilised – and from a professional perspective as straightforward a weekend as I have known.

Chamonix first hosted ice races in 1970, a tradition that ended in 2003. To have attended just once is an enormous privilege – but for it to have been on that particular occasion, 20 years ago, is even more so.