A personal tribute to Charlie Whiting, by Simon Arron 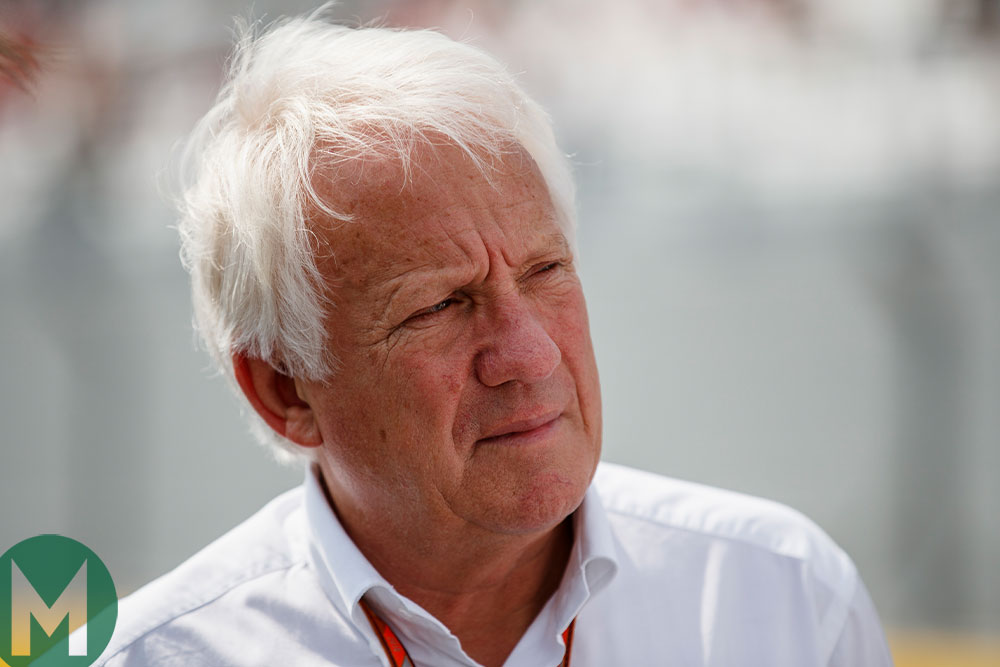 To many he will have been a familiar stranger, a face broadcast to millions during the final few seconds preceding the start of Formula 1 grands prix.

Within the paddock he was a rock, a sage, an old-school racer who moved with the times and understood the intricacies of an increasingly complex business. But most of all, Charlie Whiting – the FIA’s F1 race director, who has died at the age of 66 – was a thoroughly decent bloke.

Having worked during the 1970s with his brother Nick, then one of the UK’s most successful saloon racers at national level, Whiting moved into F1 in 1977, initially with Hesketh before joining Bernie Ecclestone’s Brabham team, where he rose to become chief mechanic and oversaw Nelson Piquet’s title successes in 1981 and ’83. After Ecclestone sold up, Whiting switched to a gamekeeping role, becoming part of the FIA’s technical team in 1988 and, later, its race director and safety delegate.

Although his face was widely known, he didn’t speak all that often in public. He would deliver official briefings to the media at certain times, to clarify rule changes and suchlike, but FIA protocol often forbade its operatives from talking on the record. After a contentious race, though, Charlie’s counsel – though it couldn’t be quoted directly – was frequently priceless.

A case in point? The 2007 Japanese Grand Prix at Fuji, a long, horribly wet race, great swathes of it conducted behind the safety car. At the start, the FIA issued an instruction that all teams must use extreme wets, due to the conditions, and all bar Ferrari complied. Afterwards, the Scuderia insisted it had not received Whiting’s missive until it was too late, so I went to find him to see whether he could throw some light on the precise timings. After 10 minutes outside his door, he beckoned me in along with an Italian journalist and began to put the FIA’s side of the story, by way of background information. (The bottom line was that Ferrari seemed not to have checked its emails, unlike its rivals.) Three minutes in, there was a knock: team management from Spyker, who were protesting Toro Rosso driver Tonio Liuzzi for overtaking under yellows. Whiting ushered us out, dealt with the paperwork and called us back in. Five more minutes, then another knock: Toro Rosso’s representatives had arrived. Out we went, back in we later came – but amid a fug of regulatory petulance Whiting remained lucid, patient and willing to share his time.

And that’s how I shall remember him, as a paragon of calm common sense in a frequently combustible sport.

“It is with immense sadness that I learned of Charlie’s sudden passing. I have known Charlie Whiting for many years and he has been a great race director, a central and inimitable figure in Formula 1 who embodied the ethics and spirit of this fantastic sport. Formula 1 has lost a faithful friend and a charismatic ambassador in Charlie. All my thoughts, those of the FIA and entire motor sport community go out to his family, friends, and all Formula 1 lovers.”

“I have known Charlie for all of my racing life. We worked as mechanics together, became friends and spent so much time together at race tracks across the world. I was filled with immense sadness when I heard the tragic news. I’m devastated. It is a great loss not only for me personally but also the entire Formula 1 family, the FIA and motorsport as a whole. All our thoughts go out to his family.”

The Singapore Grand Prix will remain on the Formula 1 calendar for at least another seven years, after organisers signed a contract extension to host the race until 2028. New…