“It was pretty dire last year. No one gets their car late for testing, do they? It was a shock. I mean, I arrived, thinking that car was going to be going out on the first morning and had flown in, and then I got the call to say it wasn’t going to be going out and it was like, ‘Well…’ – I went home!”

George Russell’s Williams was the first car on track at the start of this year’s preseason testing, making an unmistakeable statement 12 months on from the moment that Claire Williams and her team hit rock bottom.

The FW42 wasn’t ready in time to start testing, and didn’t appear until the third day of the first pre-season test. Nearly half of the running had been missed, and once it was finally put together, an unsophisticated car proved to be slow. 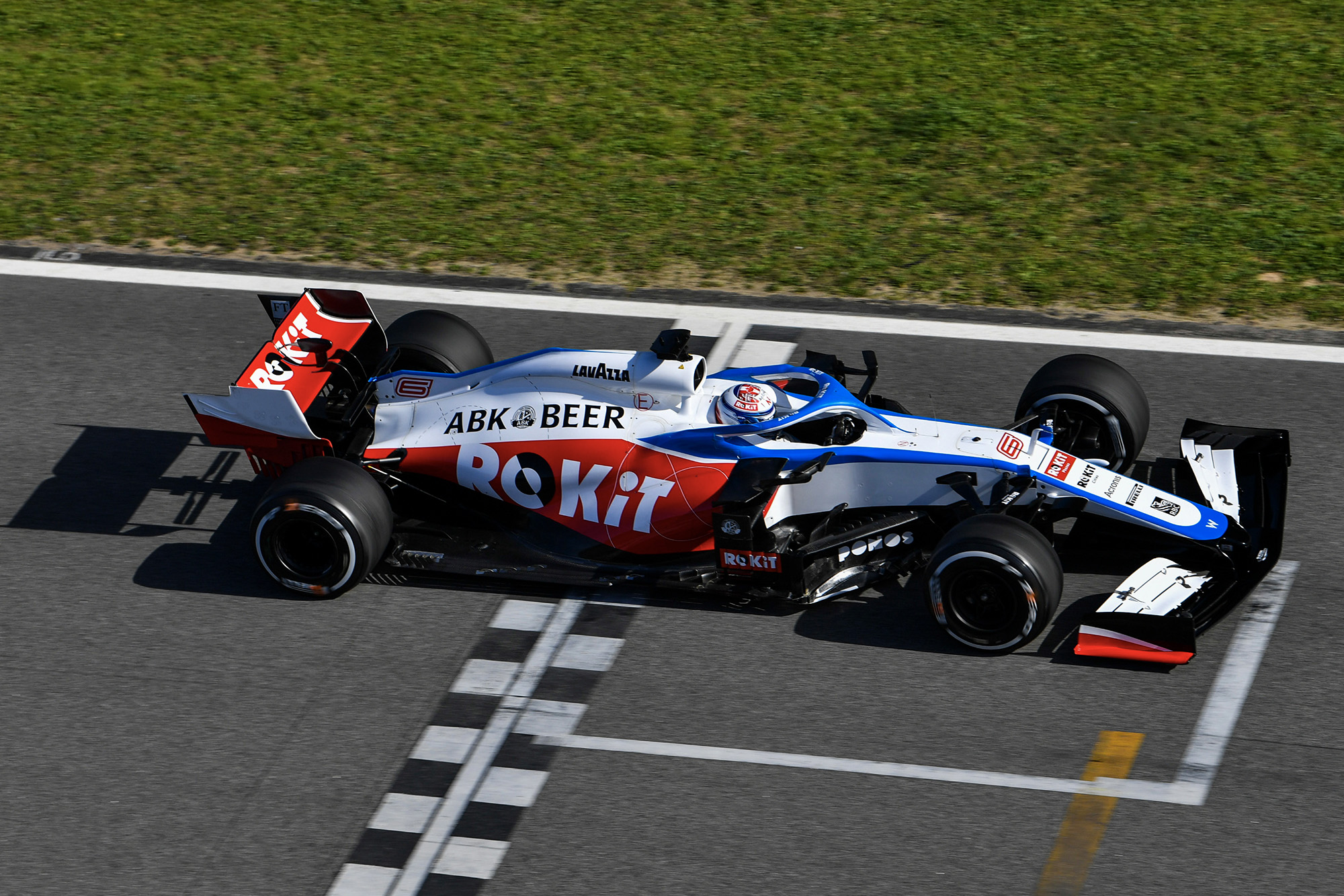 Williams has completed a full test programme this year

“I remember driving to the airport last Tuesday afternoon to come out, and it suddenly hit me like a ten-tonne truck. It was ‘God this time last year we were driving home from having flown out and then flew straight back because there was no point’. I needed to be back in the factory to try and see what was going on. 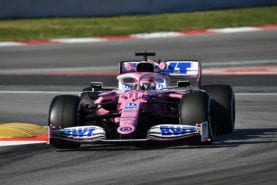 “It’s almost like when you go through a grief process. You’re in shock. You’re angry. You’re frustrated, you’re disappointed, you can’t quite come to terms with it. And you go through such a series of emotions that it was on one hand exhausting, but there was no time to do anything other than trying to fix the situation.

“The same emotions were going to everybody in the team last year, as usual Williams, everybody rolls up their sleeves and does the best job they can to get through it, because you can’t do anything other than get through something like that.”

Paddy Lowe was made the scapegoat, and the chief technical officer – who had arrived to much fanfare two years previously – took a leave of absence that would prove to be permanent. After two years of obvious decline that was capped off by last year’s car failure, the departure of Lowe coincided with major internal changes as Williams and group CEO Mike O’Driscoll got to work trying to right the ship. 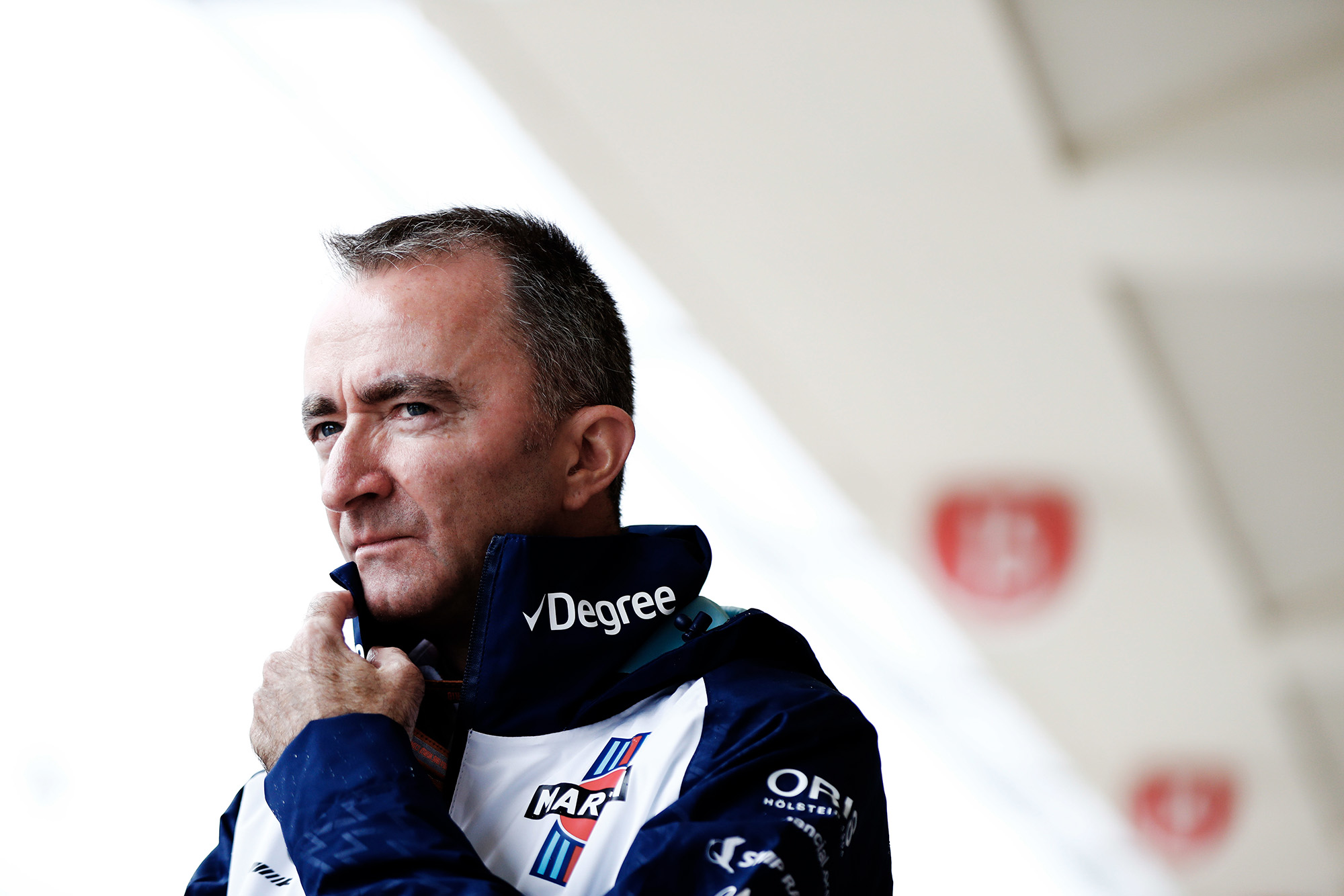 Lowe carried the can for last season’s failings

“It’s not like we were blind to the issues in 2018, we weren’t able to do anything, but as soon as we were able we could,” said Williams. “The real low point for us came in testing when it was a complete cluster. That stage of hitting rock bottom opened our eyes to the fact that the whole business needed to have a deep-dive analysis done, and we kicked that off with a very comprehensive after-action review once testing had finished and we’d got the car to Melbourne.

I don’t even want to use the word optimise because there wasn’t a lot to optimise on the FW42!

“That took three months, that piece of work, and it was done by some very clever people with a combined background, having manufacturing engineering degrees, but also having worked in big management consulting firms as well. So they were kind of prime position to truly understand the car but also what it takes to deliver a car.

“So they led that process under mine and Mike’s instruction. And that really, for us, was the turning point for change and identified the full spectrum of weaknesses that we needed to focus on, and to turn around in order to drive better performance and a better build process for the 2020 season. So we very quickly jumped on that and actioned a sweeping raft of changes across both design and manufacturing in order to effect the change that we needed to.”

The analysis went down almost as far as the cleaners back at the factory, and required complete honesty from all involved. It also saw Williams focus on trying to harmonise the race team and those at Grove, an especially difficult task given how grim the outlook was for each grand prix weekend. 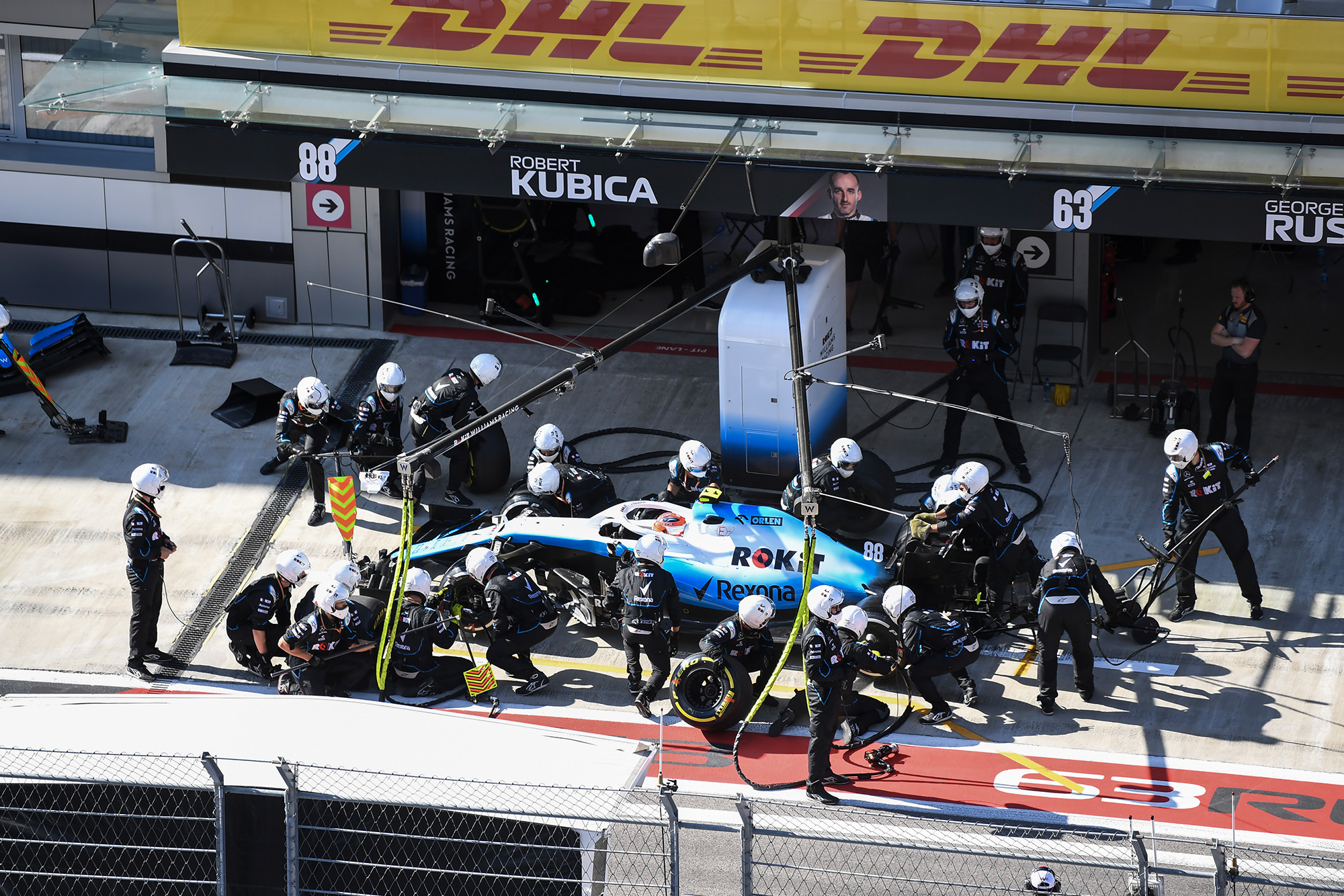 Pitstops a rare positive for Williams in 2019

“It was pretty brutal. There is nothing worse than knowing you’ve got a car that you really can only – I don’t even want to use the word optimise because there wasn’t a lot to optimise on the FW42! But what we felt was important last year, knowing that the car wasn’t going to deliver any glory to us was that we had to get everything right operationally from a trackside perspective, so that when a quicker race car came along, we were in the best possible shape. 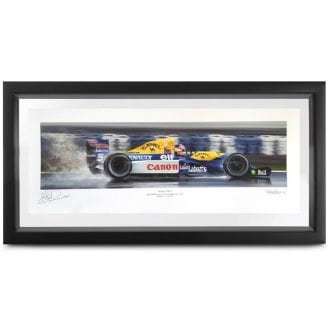 “So, trackside engineering spent a lot of time honing their processes. Because it’s so visual to everybody, everyone can see the pit stop crew were phenomenal, and that sets us up in really good stead. But equally, behind the scenes at the factory, there was so much work going on and I could see that.

“So as much as we were coming to the race, and it was just awful, it was going through the motions for us last year – we had to turn up so we turned up – we tried to take as many positives as we could from learning lessons at the racetrack and using it as a kind of test programme almost because we weren’t racing, and you’ve got to try and put a level of optimism on it.

But knowing what was going on back at the factory helped get through last year because we were doing a huge amount. We come to the race, be back in first thing Monday and be putting the foundations in place to make Williams much stronger from this year and beyond.”

Seeing the upgrade package introduced at last year’s German Grand Prix deliver a clear performance step was one of the more obvious signs that the sweeping changes were starting to have a positive impact. But behind the scenes, Williams had already seen improvements from an operations and manufacturing point of view, something that extended into hitting new car deadlines and better planning, such as booking contractors far earlier than in the past. 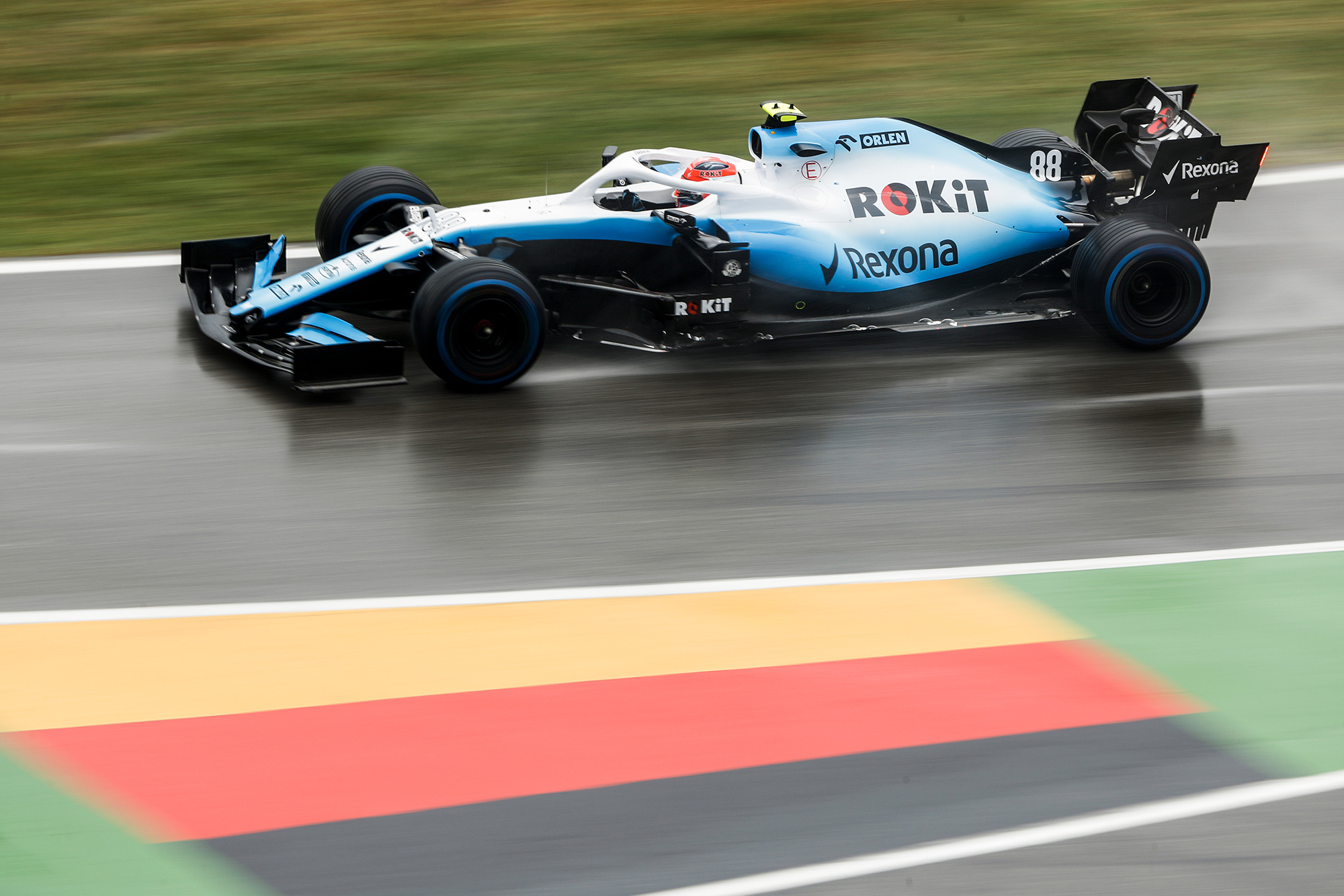 German GP upgrade coincided with a point for Kubica

But after a year of being the sport’s easy target, Williams couldn’t breathe out until the car finally ran on track and showed itself to be a step in the right direction.

If we hadn’t got it out, or we were on the time sheets four seconds behind, probably for me, that would have been it.

“I can’t describe what I felt. I had confidence that the car was going to be ready because we tracked the progress of it on a day to day basis. But it still felt like you were going to the biggest job interview of your life or go into something that was going to dramatically change your world, but you didn’t know whether it was going to be in a good way or a bad way.

“I was 95 per cent there knowing that we were good, but never want to be complacent about these things. Getting on the plane home last Friday was much better than coming out on the Tuesday!” 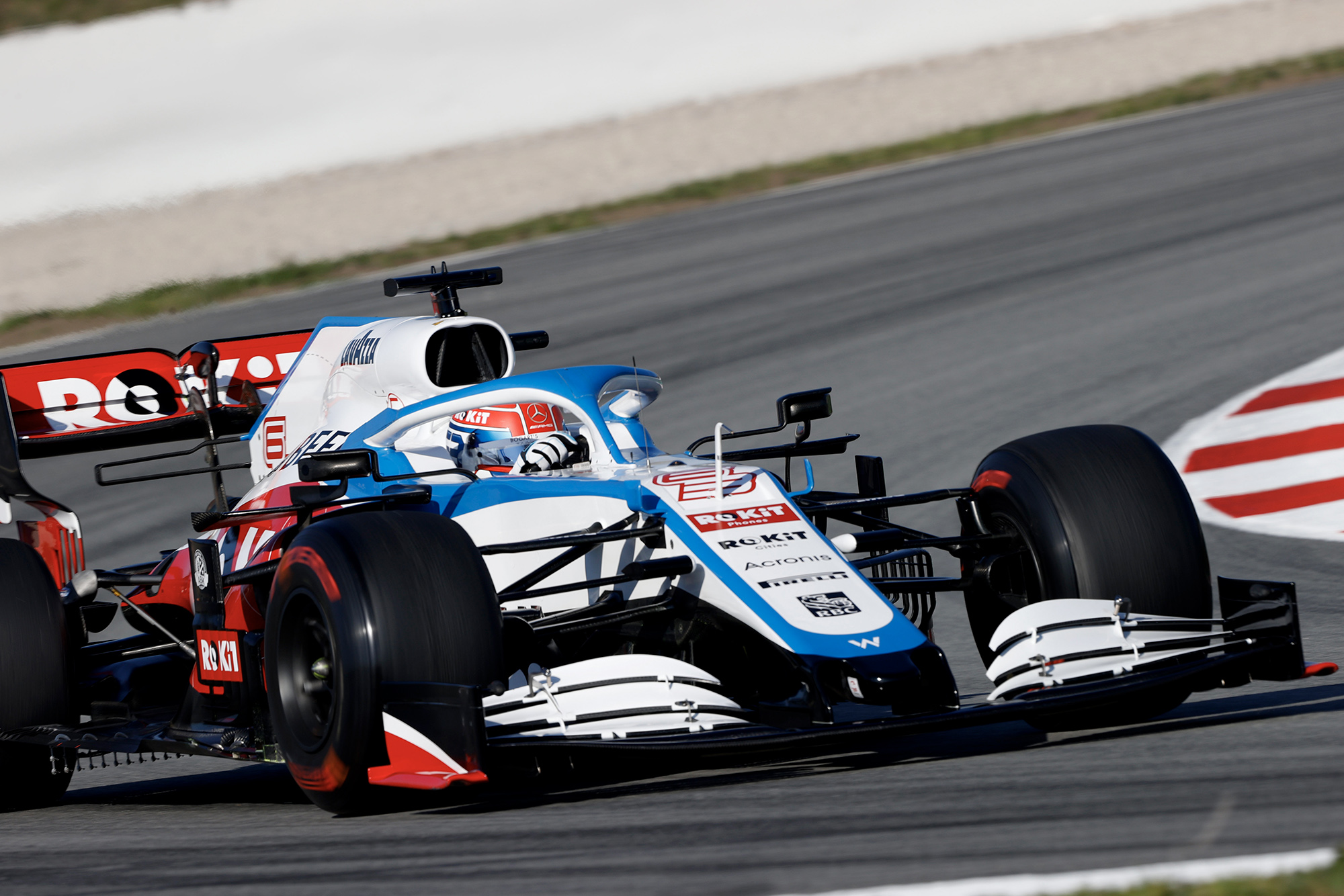 First on track in 2020: Russell in testing

The deputy team principal reiterates she would have stepped aside had this year seen a repeat of 2019, but all of the signs from testing are of a car that – while it might well qualify on the back row again in Melbourne – is much improved and will be racing in the midfield.

It’s still a long way to get to where Williams wants to be and, to that end, the deep internal review that happened last year continues. But showing any sign of progress is crucial to the team’s health as it looks to secure its long-term future, and as the shoots of recovery grow, the deputy team principal is going to enjoy proving those who predicted there was no way back wrong.

“I do feel that people are always fairly quick to judge. And for whatever reason, there’s always had to be a whipping boy in Formula 1, and unfortunately, Williams have been the whipping boy for the past couple of years for probably a handful of reasons.

“For me, it certainly feels that we have put a bit of pride back in the Williams name, and we can hold our heads up a bit higher. Last year my head was down and it was all a bit shameful. This year, I do feel a bit like, ‘Do you know what? Thank you very much… We need your criticism, we need your support, and we’re enormously grateful for the people that did support us but it’s bloody hard work doing this. It’s not easy. Kicking people when they’re down, kicking whoever when they’re down, why do people do this to people? It’s extraordinary. 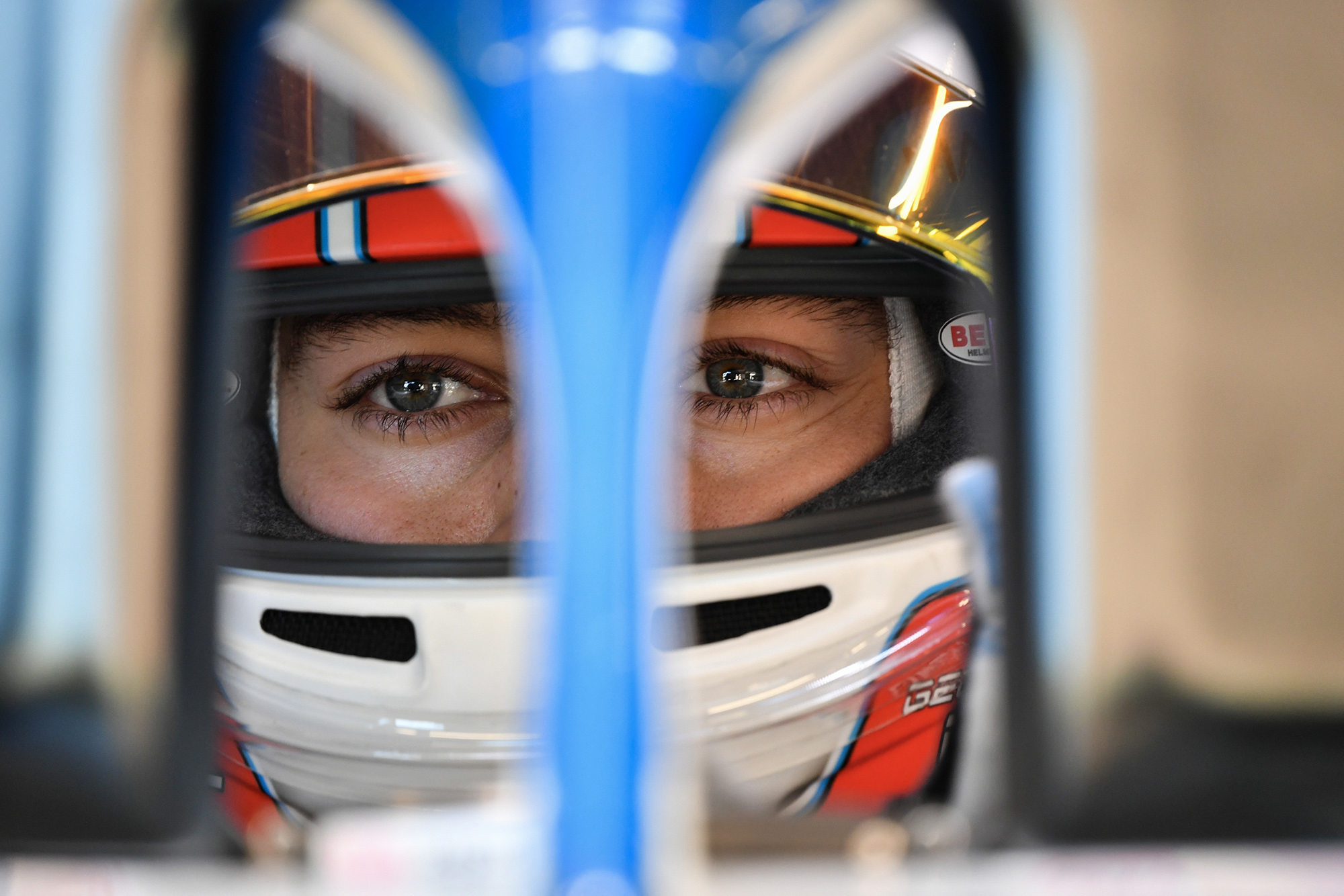 Will Russell be battling in the midfield?

“When people aren’t doing well, you should support them in their efforts because we were only trying our hardest. We are all only people at the end of the day trying to do what is an incredibly difficult job. So we were very lucky that a lot of people gave us space to do that, but a lot of people didn’t and were very quick to criticise.

“What I’ve always wanted to prove is that Williams are fighters, and that we are only here to go racing. Sometimes it’s not going to be easy, sometimes it’s not going to go well, but we feel that pain more than anybody. So just leave us be and get on with it because we will find our way out of the paper bag at some point, because we always have them and we always will do.

“I’m a Williams at the end of the day as well. My dad never gave up and I don’t give up. That’s not who I am. It’s not in my spirit. So I don’t really care if you like that or not. I care about my team and I care about what that team does on the racetrack. That’s all I care about. I don’t care about anyone else.” 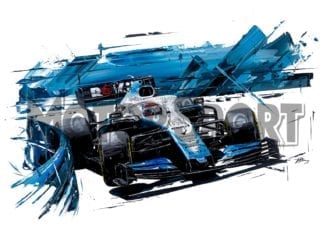