While there had been grands prix before and after the Second World War, a sunny May 13, 1950 at Silverstone marked the start of the modern era.

Roads into the circuit filled quickly in the morning, as spectators arrived as early as 6am to catch a glimpse of the men and machines that would later roar around the former airfield, lined with straw bales.

As teams and drivers arrived and unloaded cars from transport vehicles in the paddock, anticipation and excitement began to fill the air.

Motor Sport was there and you can read the full original race report, as printed in the Magazine, in our Archive.

It also covers Stirling Moss’s victory in the preceding 500cc race early in the day, teeing up the main event, which by now was in front of a packed 150,000 strong crowd, standing ten deep at some spots.

After the supporting races had taken place, the roaring engines took off from the grid. The first four spots were taken by the Alfa Romeos of Farina, Fagioli, Fangio and Parnell, giving an indication of which team would be in command for the rest of the year. 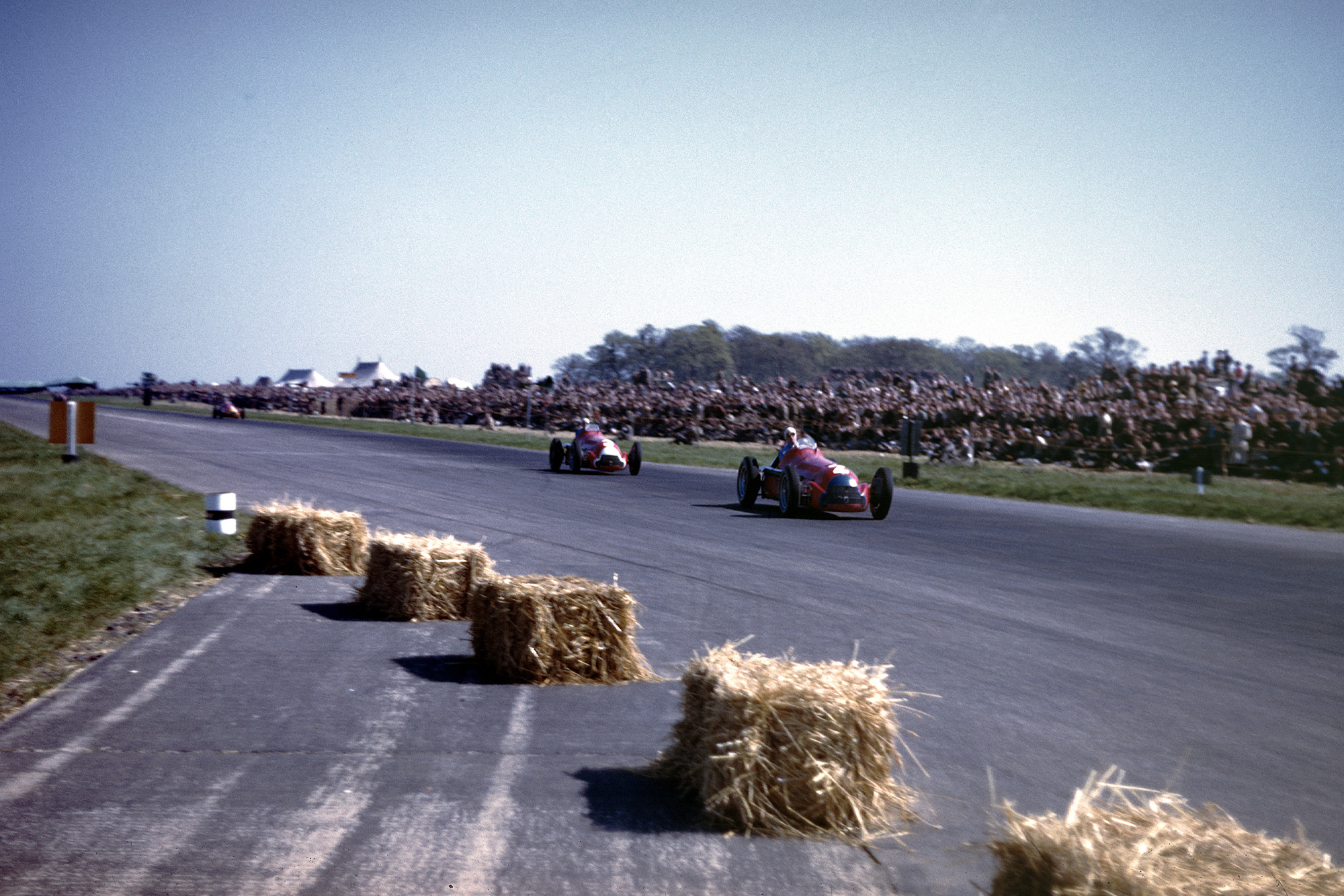 There was a good fight between them though, lapping constantly in tow of one another, the fight for the lead chopping and changing amongst them but never more than a second gap was enjoyed by the man in first. With 25 laps gone, the Alfa Romeo dominance continued; a run in with a hare for Parnell not enough to detach him from the quartet.

Behind them though and the field was gradually thinning out. Louis Chiron’s Maserati gave up on him, Toulo de Graffenried suffered similarly in his and Prince Bira faired no better in his Maserati, pulling over halfway down the Hangar Straight and into early retirement.

After pit stops, Fangio led the way with Farina shadowing him behind. He eventually took the lead from the Argentinian. In his efforts to repass Farina, Fangio was forced into an error, hitting a straw bale and his hopes of victory ended there. His Alfa eventually gave up the fight and he was forced out of the running. 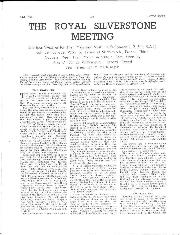 It left Farina to take victory, followed by Fagioli and Parnell, the Alfa Romeo victory never looking in doubt throughout the race.

The first World Championship race was fairly typical of the time, with ageing aces fighting tooth-and-nail for strong manufacturers and a gaggle of lesser cars circulating in their wake.

Apart from the pageantry – with the royal family touring the track during the race and the flowers lining the straight – what’s interesting about the 1950 British Grand Prix is just how momentous it was, given how the sport developed over the next 60 or so years. The first race of the World Championship was just like a lot of races before it, but F1 would change dramatically from here. 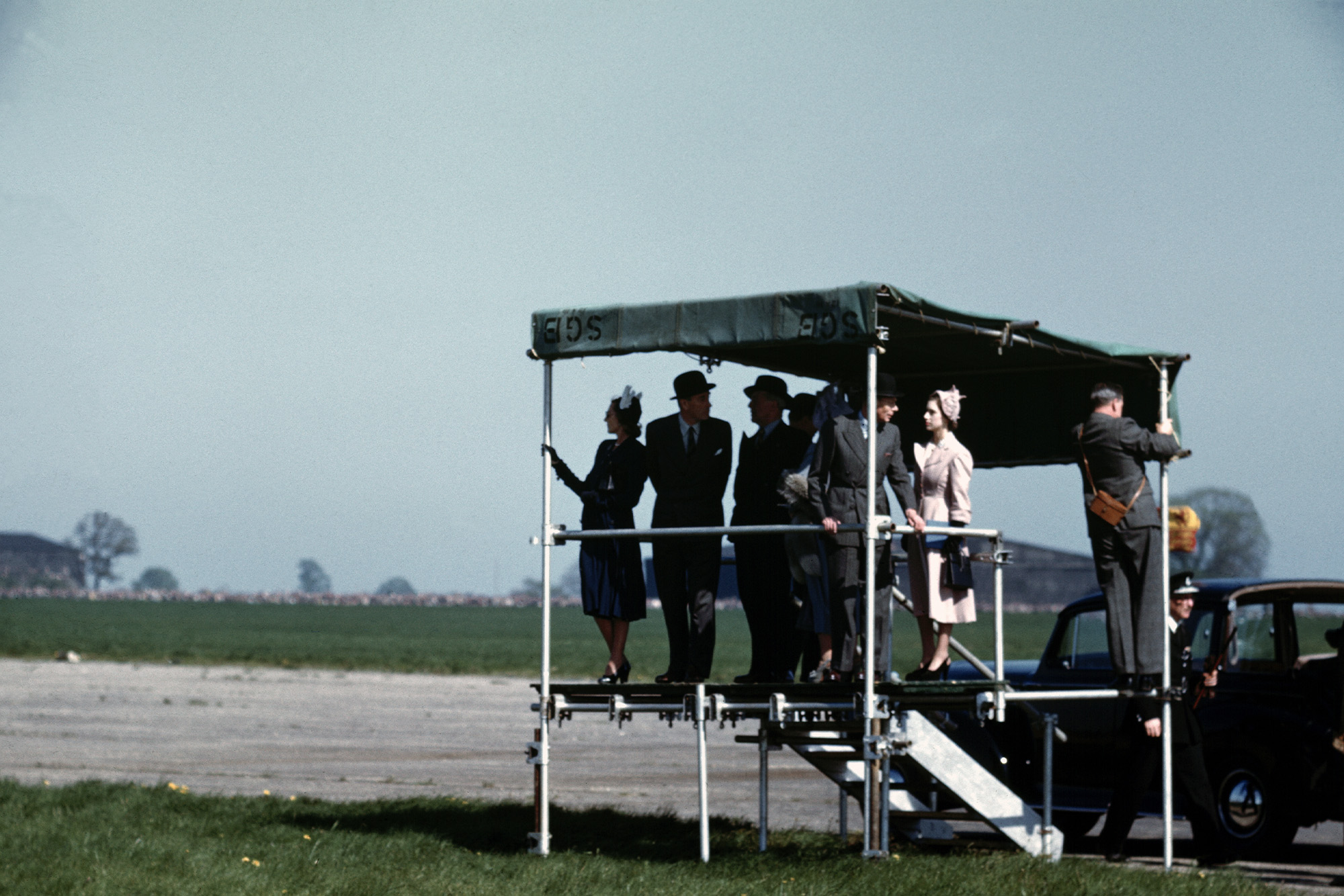 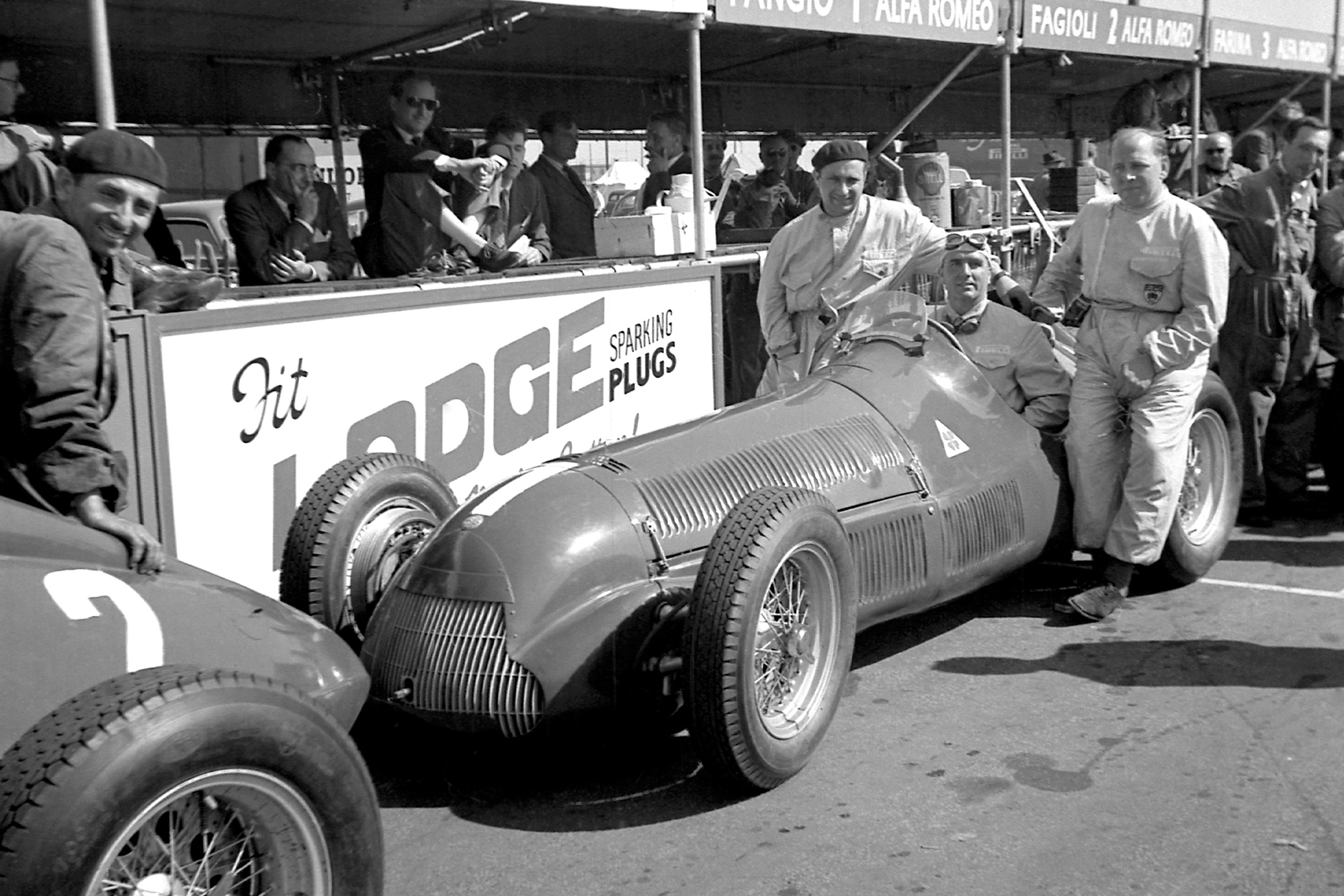 Fangio, Farina and Parnell ahead of the race 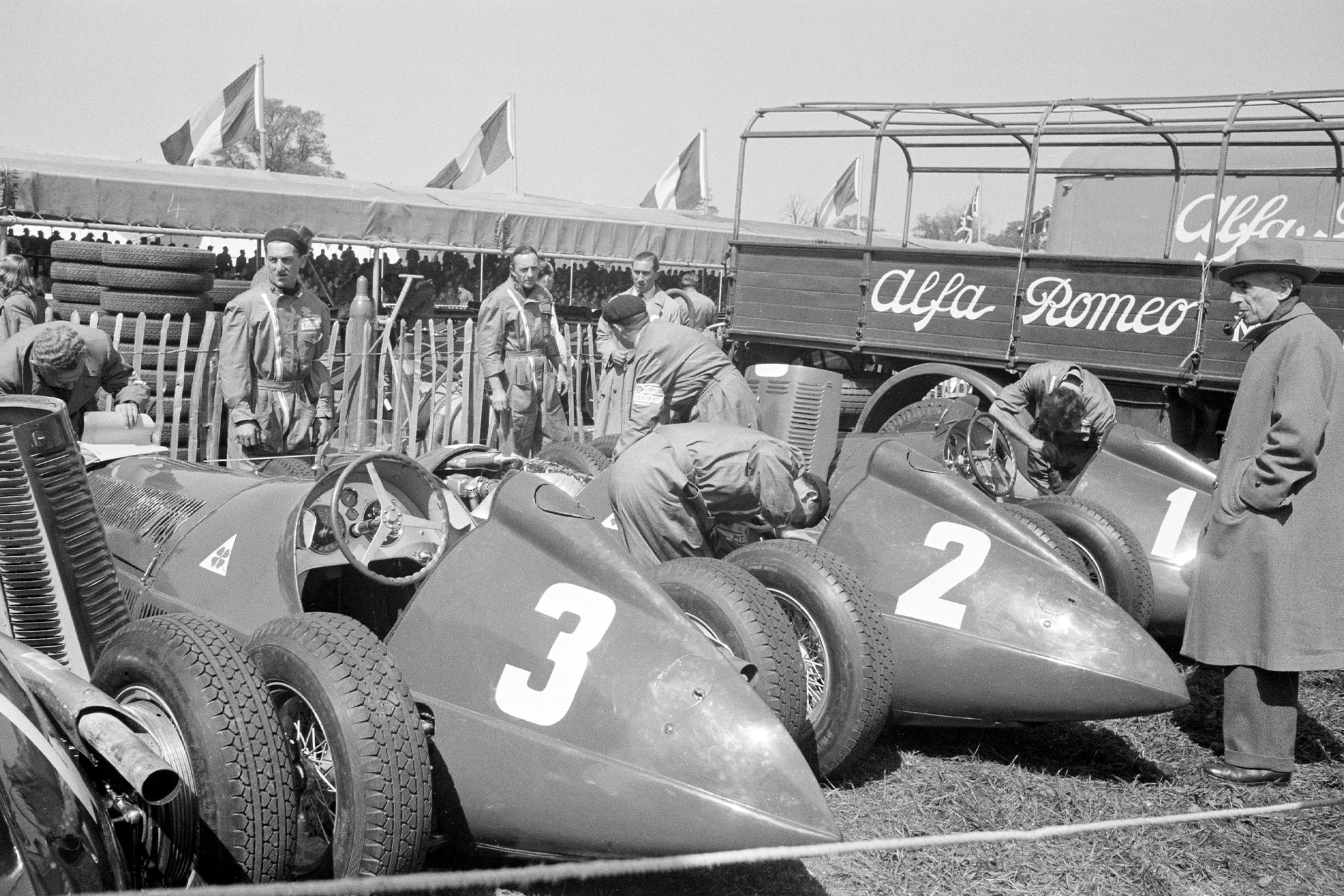 The Alfa Romeos of Farina, Fangio and Fagioli in the pits 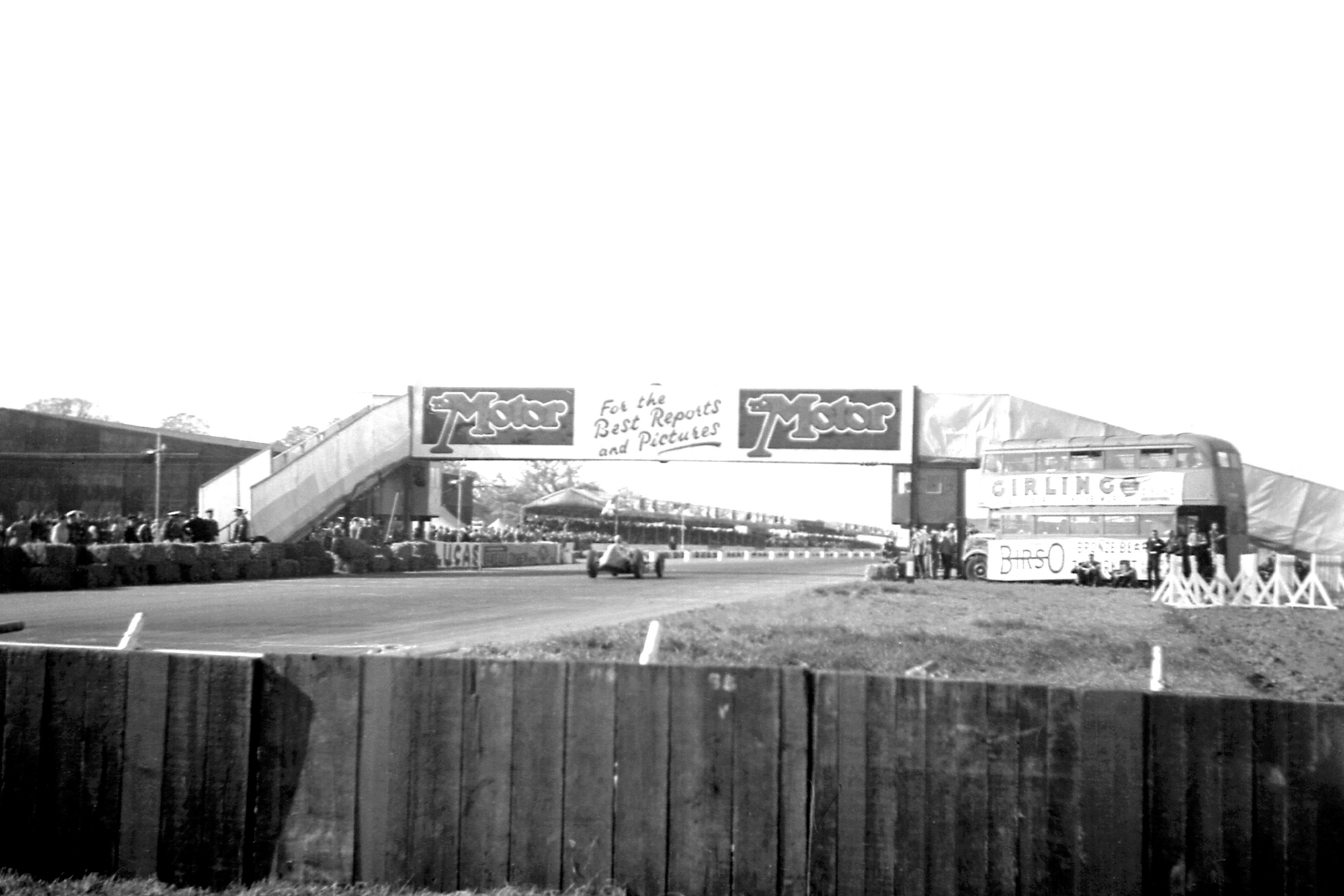 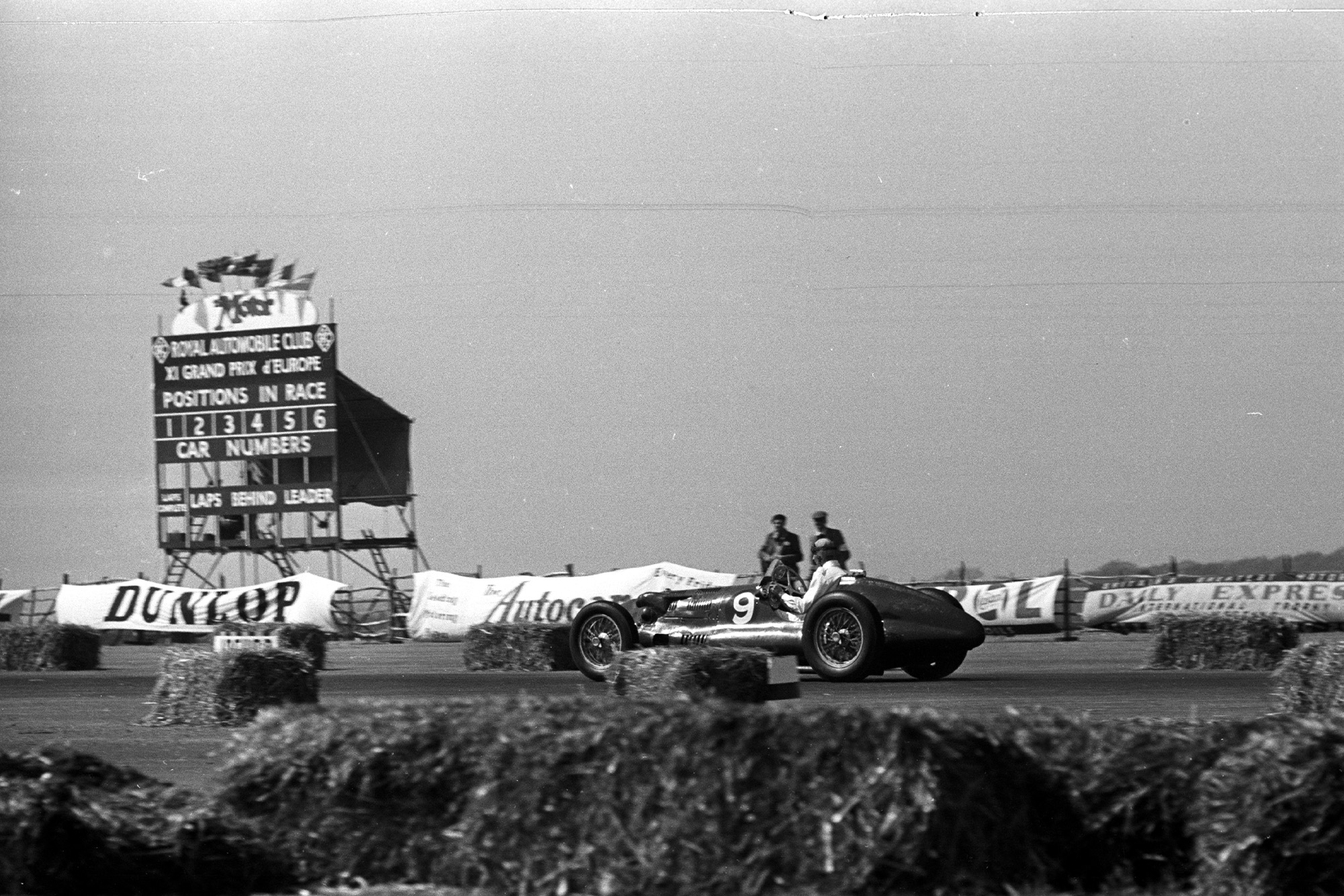 E-type E.R.As lacked power to compete with the Alfas 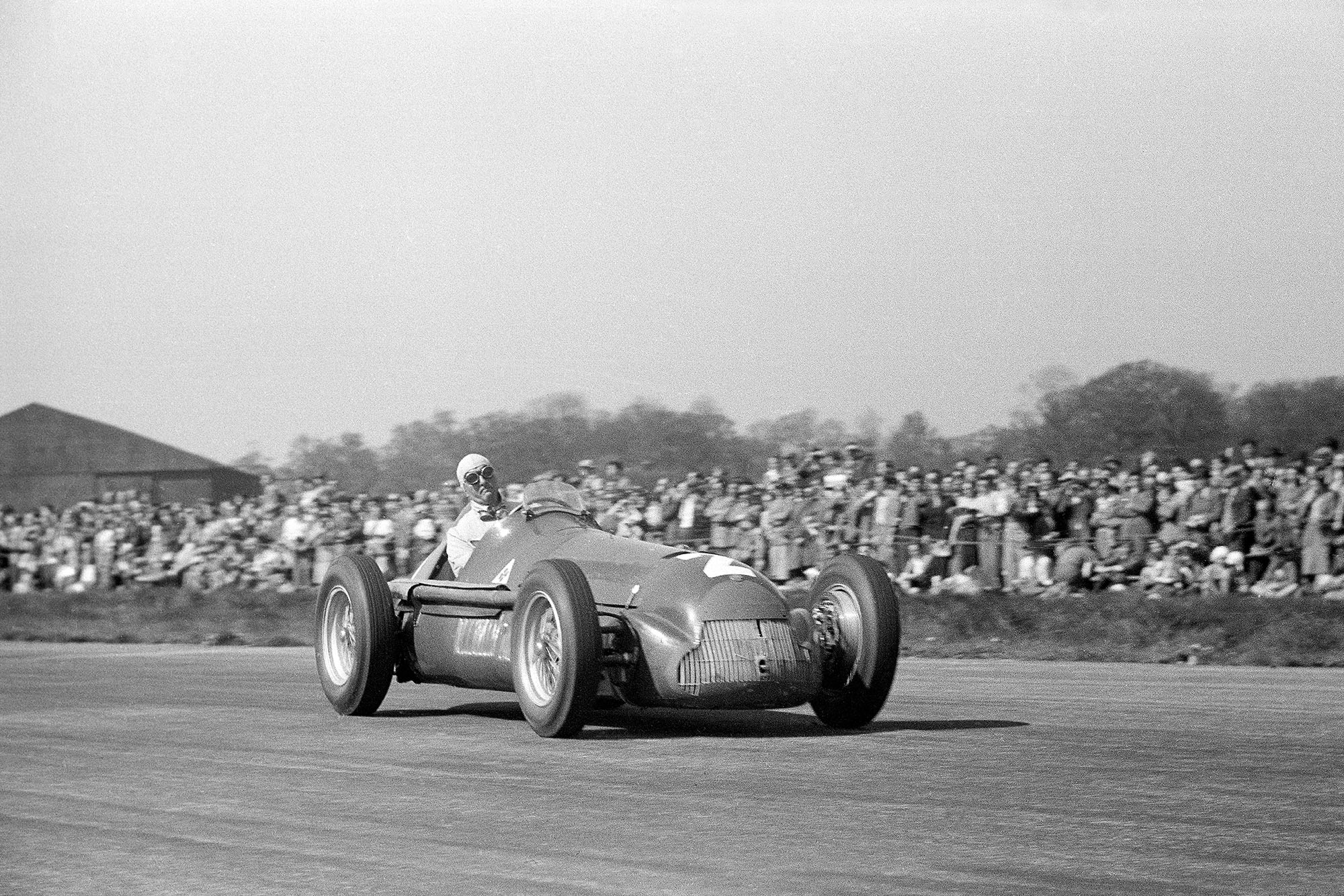 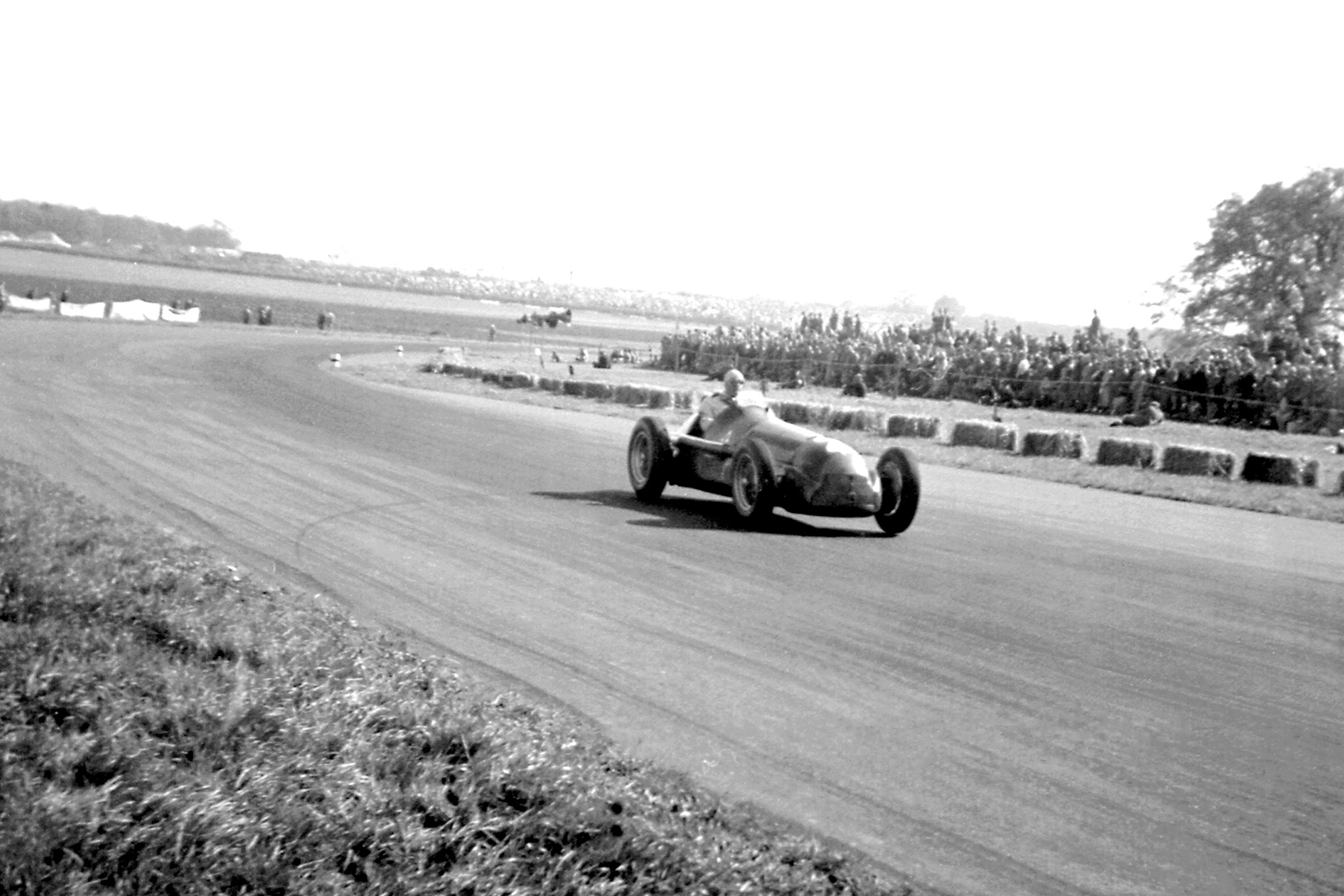 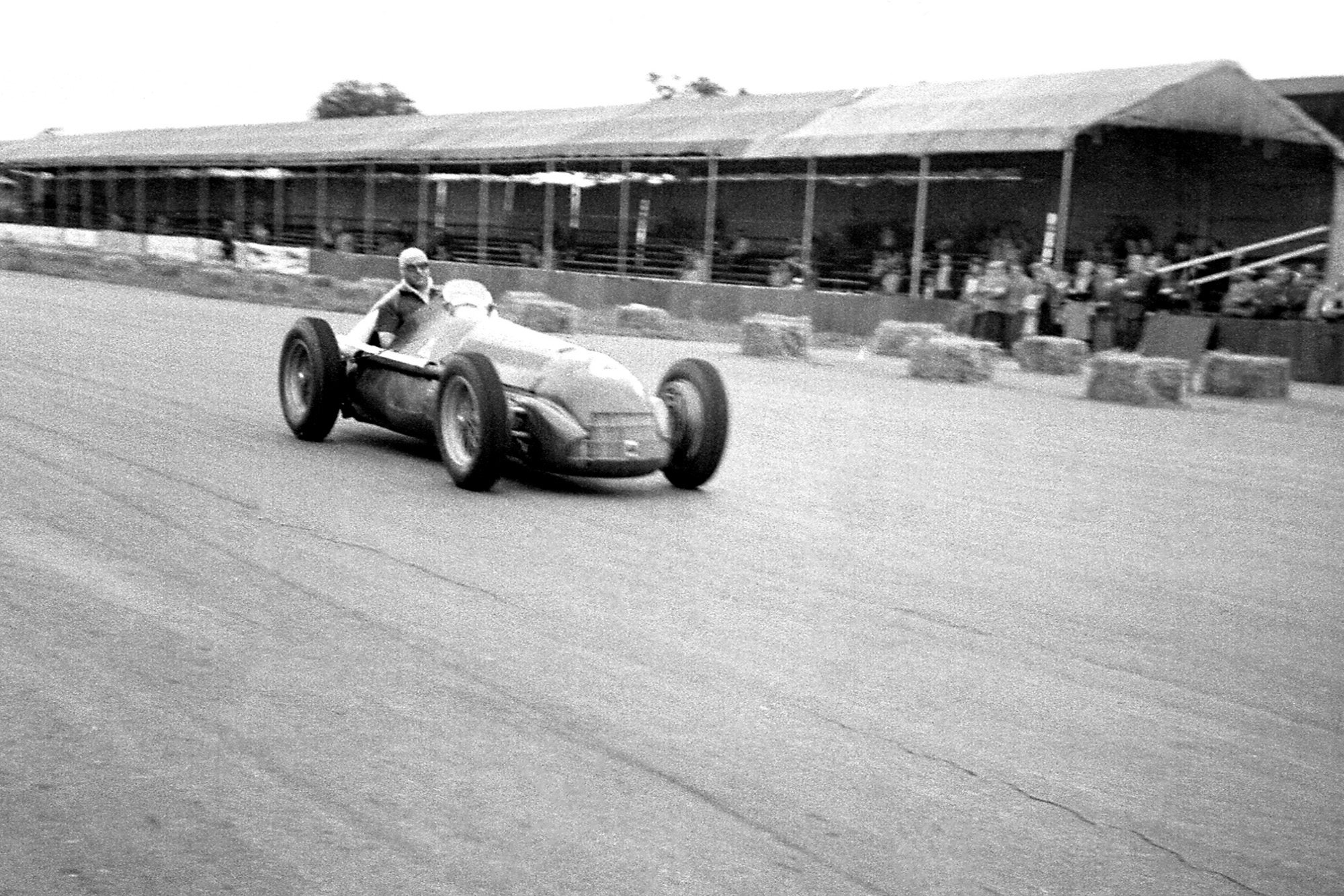 Fagioli, with upright stance, was one of the Alfas to lead 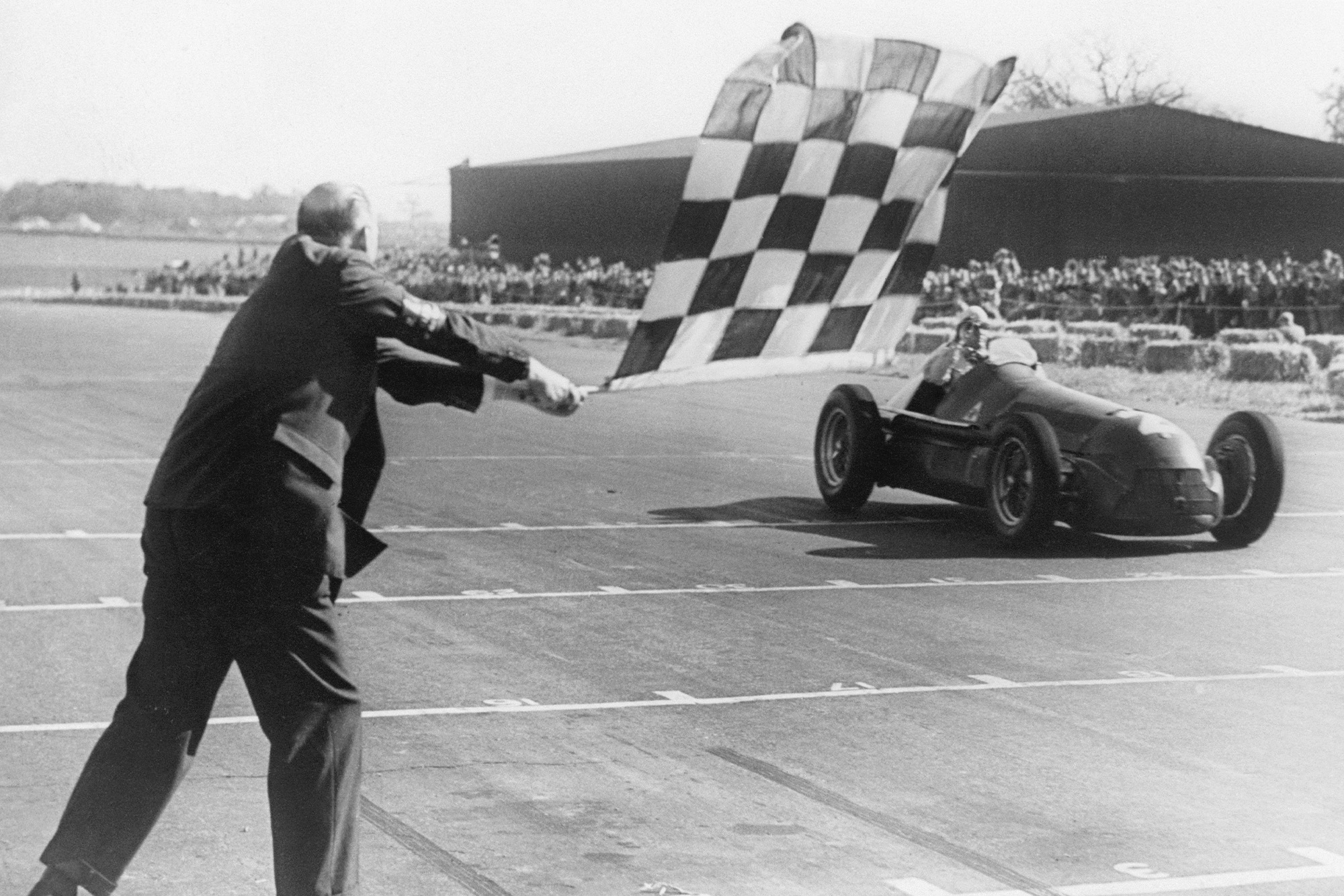 Farina takes the flag to win at Silverstone 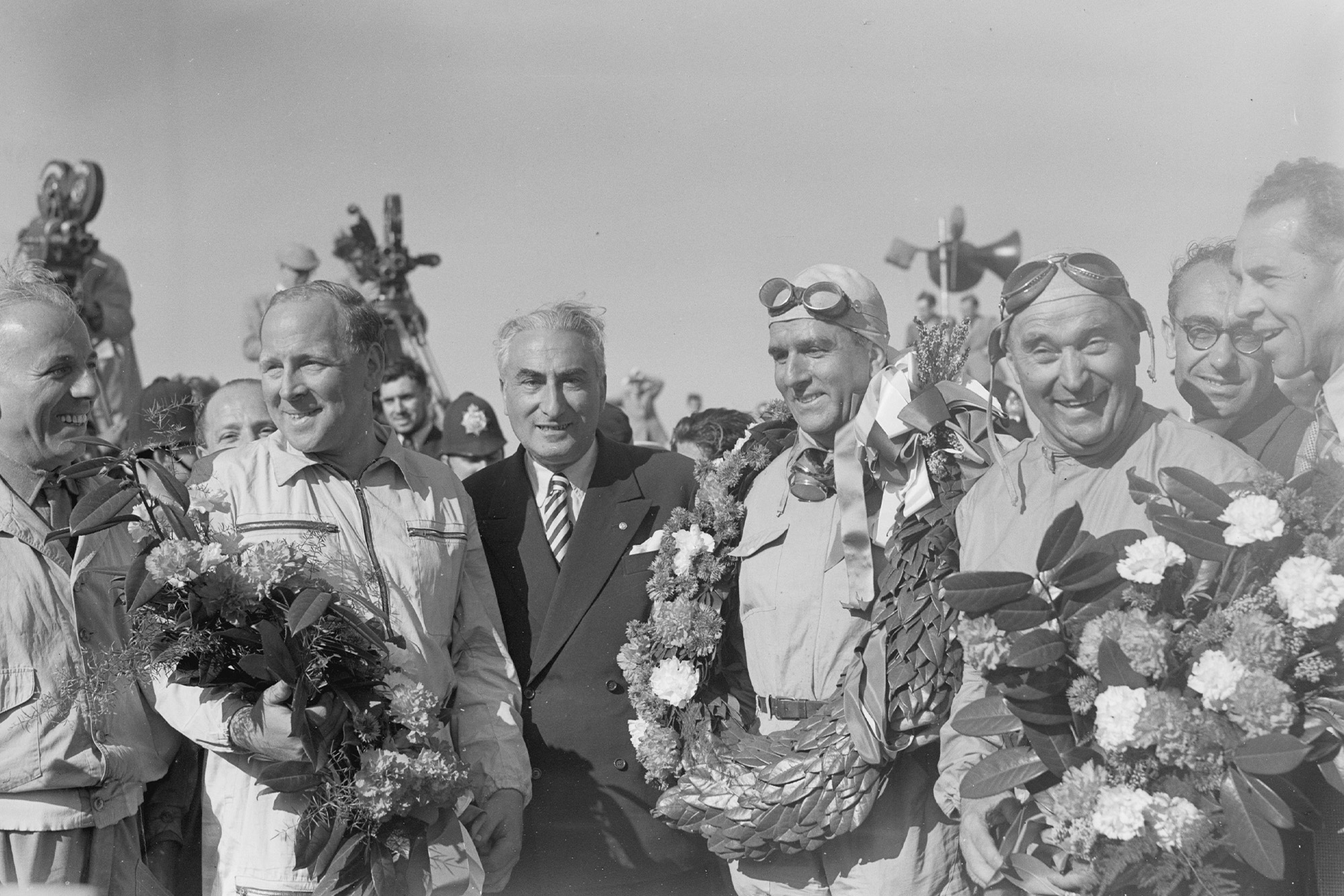 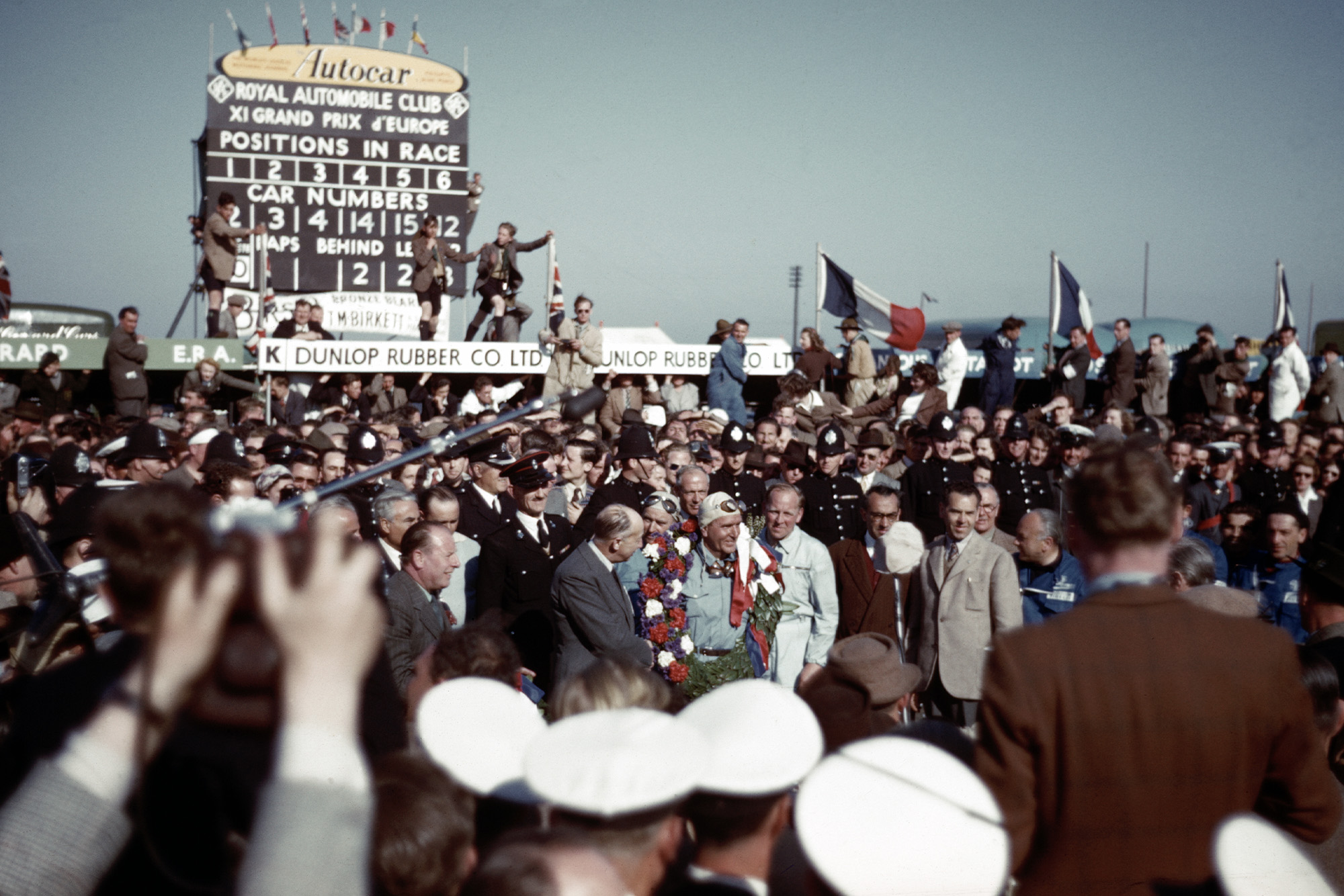 Giuseppe Farina hailed by the crowed after winning at Silverstone 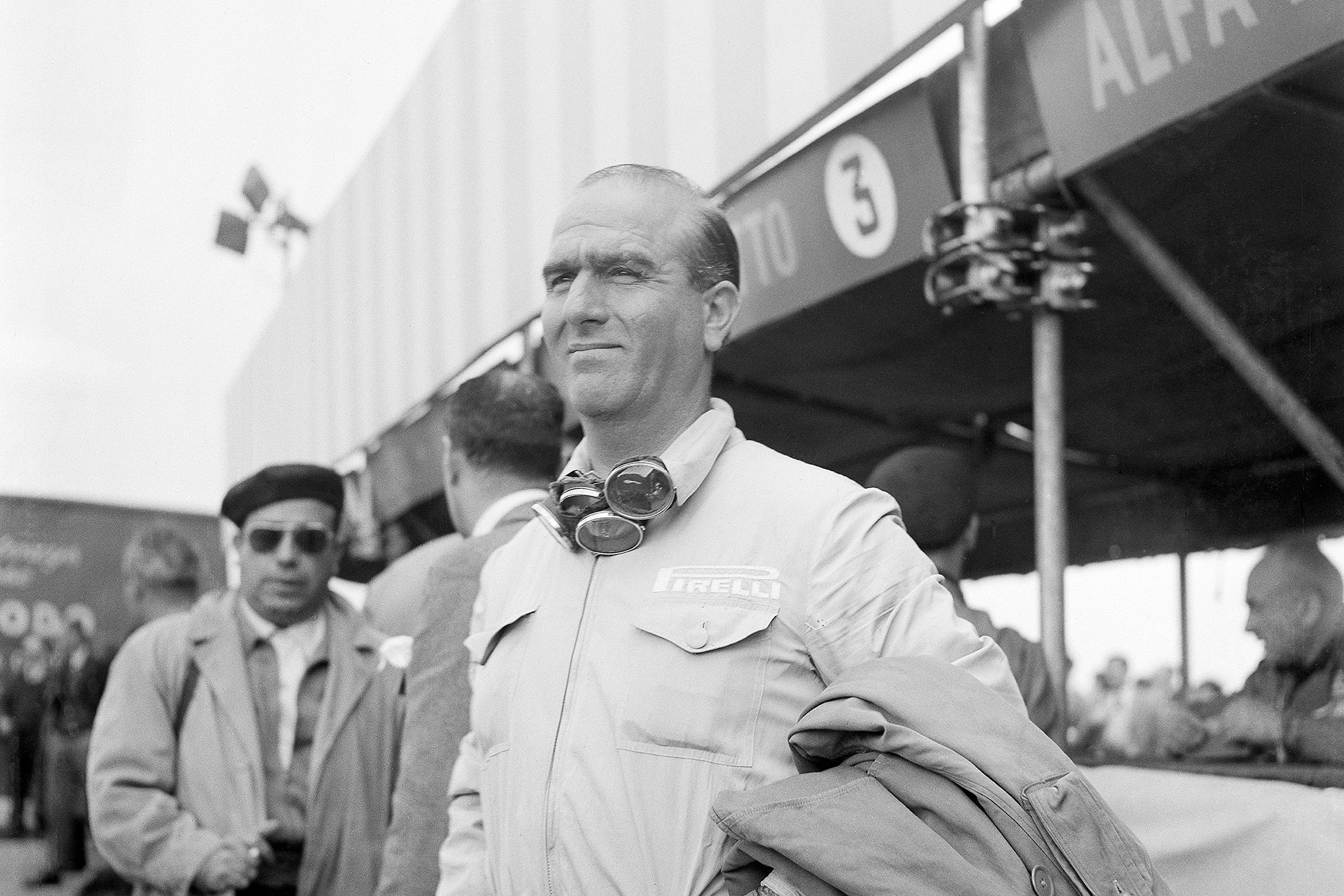 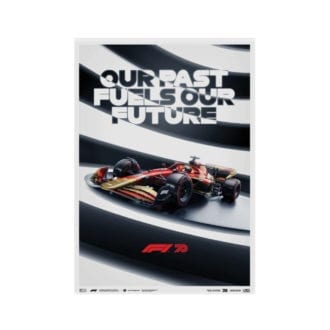