Another unpredictable Turkish Grand Prix is in the books and the championship lead has changed hands once again. Max Verstappen’s P2 was good enough to retake the lead of the drivers’ standings by six points over Lewis Hamilton, whose recovery drive from 11th to 5th was strong but could’ve been even better.

Valtteri Bottas put in arguably his strongest race performance in Mercedes colours since joining the team in 2017 to win comfortably from the Red Bull team-mates and deny Verstappen another victory in the championship fight.

Carlos Sainz made an admirable comeback from the last row of the grid while McLaren struggled to match Ferrari around the Istanbul Circuit, closing up the fight for best of the rest once again in the constructors’ standings.

The pressure is telling

The lead of the championship has swapped hands six times already this season following the Turkish Grand Prix and with six races remaining, the pressure is only going to rise from here.

Mercedes and Lewis Hamilton were certainly feeling that pressure during the Turkish Grand Prix before the lights had even gone out. Normally the sure-footed one in wheel-to-wheel action, Hamilton was asking his team where to put his car for the start of the race: outside line or inside line at Turn 1?

As Fernando Alonso found out, the outside line came with risks but Hamilton slotted in behind the Aston Martin of Sebastian Vettel to live to fight another day.

After a stellar first stint to rise up to third position, the stakes of the championship fight flared up once again and Mercedes opted to play it safe with a late pit stop, dropping Hamilton to fifth.

😮‍💨 (My face after crossing the line)! Risky one but we are happy to get a reward to finish with 👌🏻🔥 #EO31 #turkishgp pic.twitter.com/uZZN93XdxV

While Hamilton bailed out of the no-stop strategy, Alpine and Esteban Ocon persevered on the worn-to-the-canvas intermediates.

His strategy earned him a solitary point by the end in 10th but compared to those around him, he was losing several seconds per lap following the pit stops.

In the final 10 laps, Ocon dropped from two seconds behind Carlos Sainz in to over 50 seconds off of the Ferrari by the chequered flag.

Pirelli technicians and team-mate Alonso were eager to check out the bald intermediates on the Frenchman’s car in parc ferme, but the strategy to remain out on track was not the preferrable option. 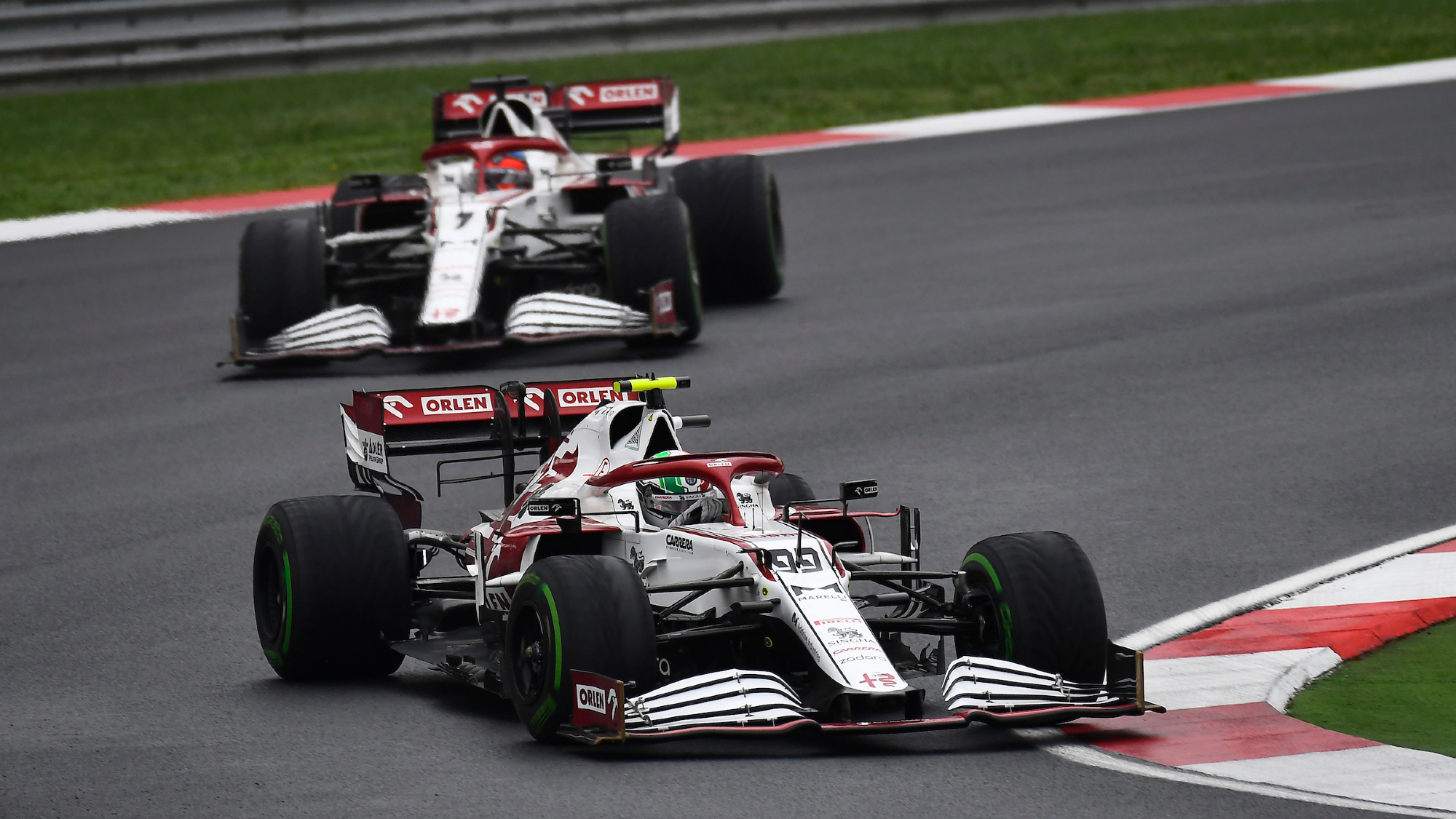 Giovinazzi missed out on points after a communication error

Ocon held onto a solitary point but things might have been different if the Alfa Romeo team had been paying attention.

As the Frenchman fell further and further off the pace in 10th on his worn intermediates, the Alfa driver was in prime position to take advantage until a miscommunication cost him dearly.

Anticipating a final lap move, Giovinazzi was told to charge the batteries but unfortunately for the Italian, he was already on the final tour.

He was informed of the mistake on the cool down lap but it provided little comfort having missed out on a point by under a second across the line. 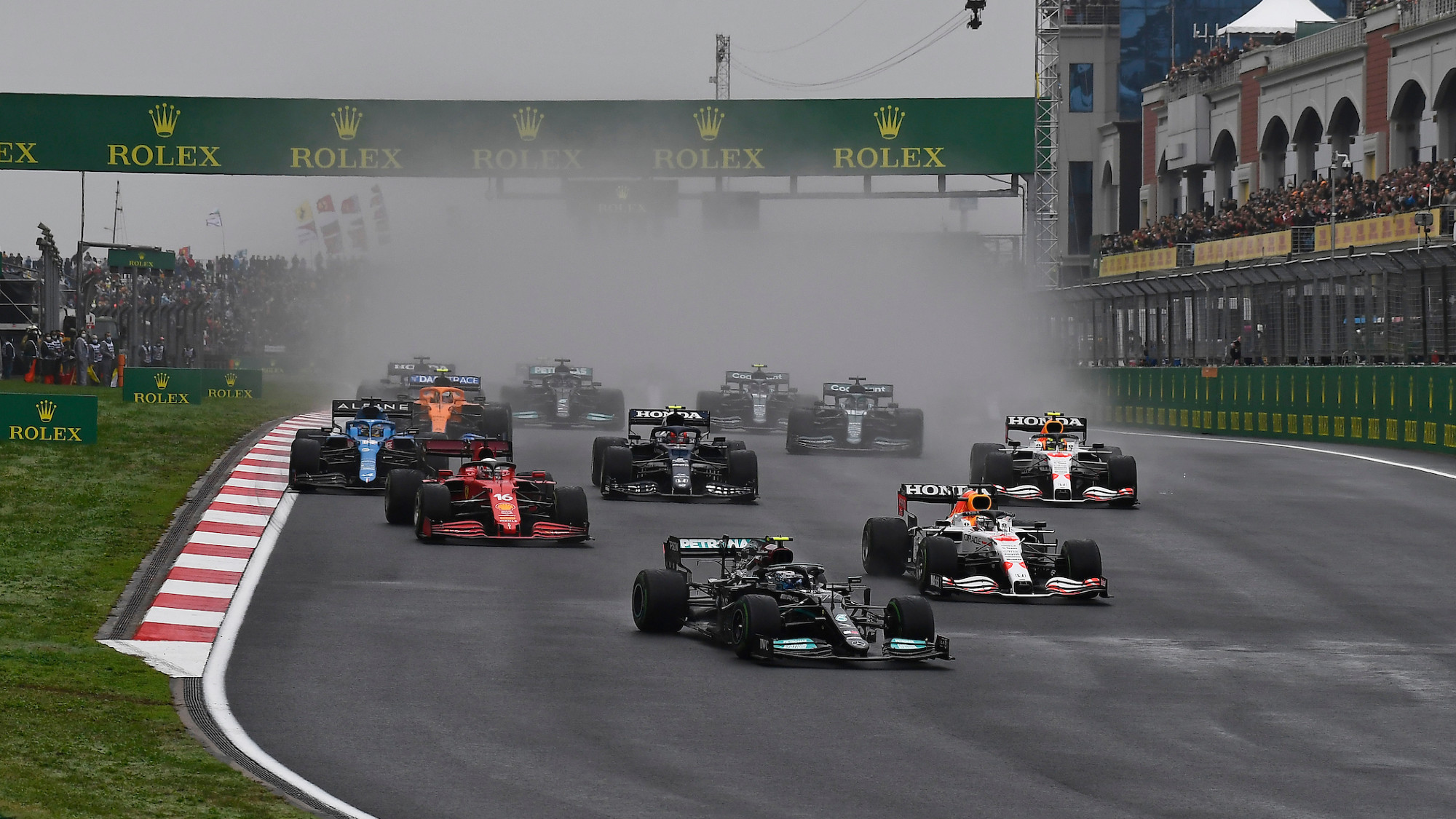 Every driver made the finish despite the tricky conditions in Turkey

There might have been a few tense moments during the Turkish Grand Prix but the 2021 edition was one of just 12 races in the 1051-race history of Formula 1 world championship Grands Prix to not have a non-finisher and the 11th if you discount the Belgian ‘race’ from earlier in the season.

It’s the third race of the 2021 season to have the full grid make the chequered flag after the French and Belgian rounds and the eighth to take place during the turbo hybrid era.

Likewise, the 2005 United States GP will have an asterisk next to it in this list but the 1961 Dutch GP was the first to have every driver make the flag.