Many have attempted to wear the triple crown of motor racing with differing fortunes, but only one driver has accomplished the feat 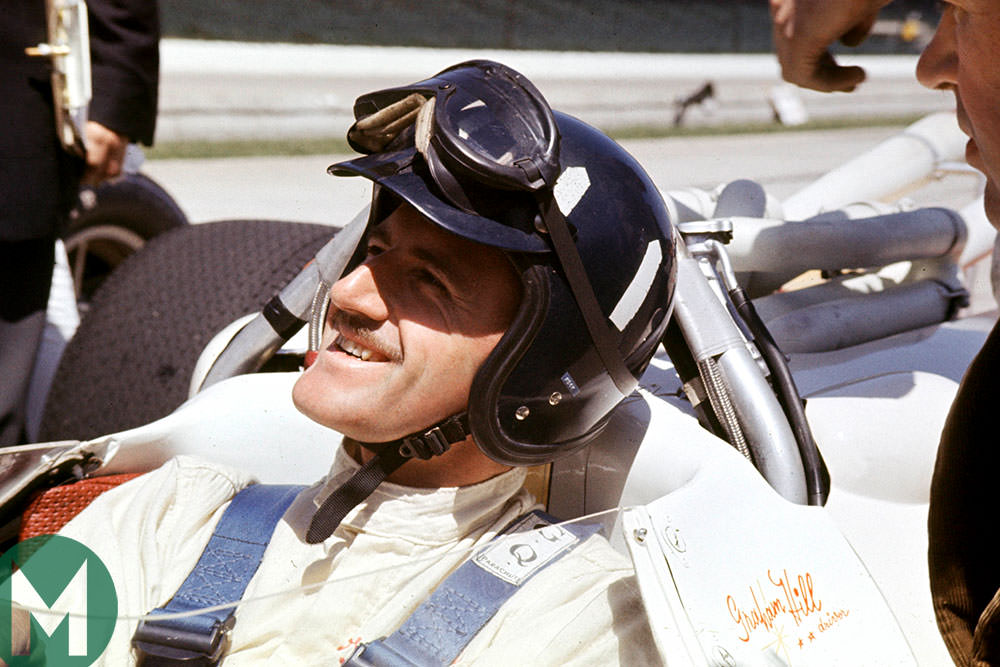 Graham Hill is the only bearer of motor racing’s triple crown no matter which way you cut it.

His view – one that surely carries a great deal of weight – was: Indianapolis 500, Le Mans 24 Hours and the Formula 1 World Championship.

Mario Andretti – fifth-place his best from seven attempts in Monaco – concurs, hence those post-single-seater attempts to win at La Sarthe deep into his 50s. He finished second – and would have won but for a brace of errors on his part – in a Courage-Porsche during a very wet 1995.

Jacques Villeneuve – fourth his best from 10 Monaco attempts – was of the same opinion. He finished second at Le Mans – and might have won but for a spin on slicks in the wet on a co-driver’s part – with Peugeot in a very wet 2008.

But the new school of thought is this: Indy, Le Mans and Monaco.

Fernando Alonso, thanks to his impressive speed, accuracy and relentlessness throughout the night last weekend, would become the second to don the crown whichever way you cut it should he contrive to win at the Brickyard.

Judging by his rookie performance there in 2017 – he led 27 laps and was in contention for victory when his engine let go with 20 to go – that’s very much within the realms of possibility.

The normalcy of transatlantic flights had, by the 1960s, made it possible for Europe’s road-race aces to jet between Monte Carlo and Indianapolis and take advantage of their superior knowledge of the rear-engined ‘funny cars’.

Jim Clark, no doubt weary of his miserable Monaco luck, skipped F1’s most prestigious race in 1965 to concentrate on Indianapolis and so became the first world champion to ‘drink the milk’.

Hill and Emerson Fittipaldi are the others to quaff so.

As well as chronological proximity, the diversity of required technique and approach, although narrowed over time by technological improvement generated from the gathering of data and vice versa, make this challenge strenuous still.

But which parts are the more difficult to link?

The easiest is obvious: 19 world champions have won the Monaco Grand Prix, snaffling between them 45 of the 76 potential wins there since 1929.

Only three of those 19 – Rosbergs, father and son, and (so far) Kimi Räikkönen – have failed to combine a Monaco victory with that same season’s world title.

Nuvolari started the 1938 Indy race – that is to say waved its green flag – but he never contested a 500; McLaren’s team’s cars won it three times after his fatal accident of 1970, and Rindt was classified 24th as a rookie in 1967 but was underwhelmed by it all and underwhelming as a result.

However, the mercurial Austrian, despite promising to drive his long-shot Ferrari 250LM into the dirt in 1965, is among four F1 world champions to have won Le Mans.

The others are Mike Hawthorn for Jaguar in its calamitous 1955 race; Phil Hill, a three time-winner for Ferrari (and the only man to win it and an F1 title in the same season, 1961); and Alonso who, along with Rindt, has now won three of the four parts.

More difficult yet is winning Indy and Le Mans or Indy and Monaco: Graham Hill nailed both doubles and only four-time 500 victor AJ Foyt, who never raced at Monaco, and Juan Pablo Montoya, have gone halfway towards matching him.

The latter also made his Le Mans debut last weekend but was more low-key in finishing seventh overall and third in LMP2 after the post-race shuffle and despite briefly “running out of talent” at, ironically, Indianapolis.

Alonso has made his intentions clear whereas the insouciant Colombian appears to consider the triple crown little more than hype; if it happens, it happens.

Maurice Trintignant was the polar opposite of both these men – if that’s geometrically possible – being rather dapper and somewhat understated. The fifth and youngest son of a prosperous vineyard owner, he followed his father’s footsteps into the wine trade and brother Louis’ wheel tracks into racing.

Between times he was elected mayor of Vergèze, pop. 1500, in the Gard département of south-eastern France.

Such was his desire to race that he dusted down the Bugatti in which Louis had been killed in 1933 and used it to twice win Chimay’s GP des Frontières in Belgium before the outbreak of WWII.

Upon its cessation, he dragged the Bug from the barn and dusted it down again to contest the celebratory Coupe des Prisonniers in Paris in September 1945. That he neglected to flush its clogged fuel tank and retired, as a result, is why he became forever known thereafter as Le Petoulet, the ‘rat droppings man’.

Nothing could have been further from the truth, but he took it in good part.

The Argentine strongman was first to pay tribute to the unswerving support he received from a slight Frenchman with a pencil moustache and penchant for (surprisingly stylish) bobble hats.

His style, honed in fragile Gordinis on the ad-hoc street circuits that dotted France during the 1950s – he won at Albi, Angoulême, Cadours, Caen, Pau and Perpignan – was neat, sympathetic and safe, attributes that dozens of frantic teams and their careworn managers would be deeply grateful for and often indebted to.

But he won on faster circuits, too, such as Clermont-Ferrand and Rouen, as well as in big-banger Ferrari sportscars.

Burly co-driver José Froilán González was the star of the show in their victory aboard a brutal 375 Plus in the wet of Le Mans in 1954, but the Argentine strongman was first to pay tribute to the unswerving support he received from a slight Frenchman with a pencil moustache and penchant for (surprisingly stylish) bobble hats.

The following year, having finished second and third – for which he earned 3.33 points! – in an Argentine GP sent giddy by ferocious heat, Trintignant became the first of his countrymen to win a world championship GP.

Typically, his Monaco victory – he’s the aforementioned ‘one other’ – for Ferrari was upstaged by atypical mechanical failures suffered by Mercedes-Benz and overshadowed Alberto Ascari’s surviving launching his Lancia into the harbour.

He had, however, missed the Indy boat. But that was probably a good thing because a man more at odds with the 500’s fanfare and hoopla would be difficult to imagine.