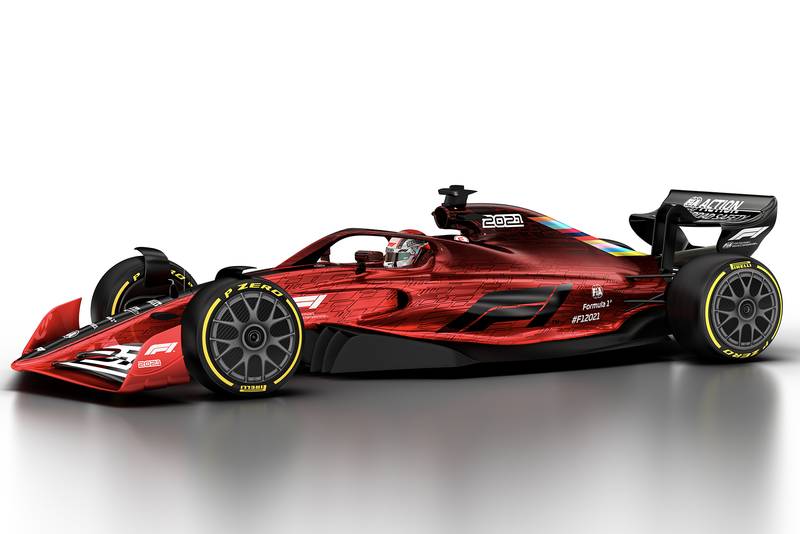 Ground effect cars and cost caps are set to be introduced to Formula 1 in 2021, after new rules that “change the foundation” of the sport were confirmed.

At the same time, it’s hoped that spending restrictions will narrow the gap between the teams, giving more drivers a realistic shot of victory.

Other changes being made include increasing the size of wheels from 13in to 18in; introducing a new layer to carbon fibre parts to prevent them shattering when damaged; and increasing the maximum season length to 25 races.

“Formula 1 is a combination of great sporting competition, uniquely talented and courageous drivers, dedicated teams and cutting edge technology,” said Chase Carey, CEO of Formula 1. “We want to keep that vital DNA and evolve it to keep it up to speed with an ever-changing world.

“We will have cars that are better able to battle on the track. A more balanced competition on the track. A sport where success is determined more by how well a team spends its money not how much it spends.” 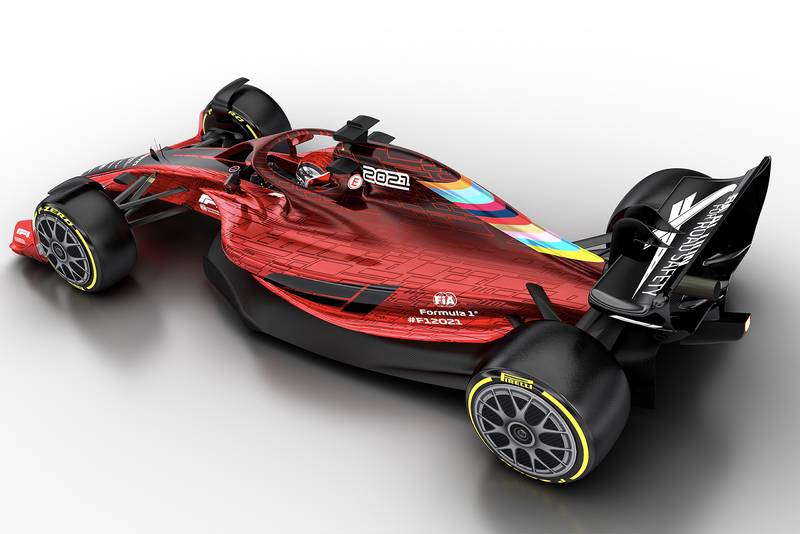 Teams, drivers, Formula 1 and the FIA, the sport’s governing body, have been working on the new regulations for more than two years, as the sport looked to improve racing and cut costs.

“It’s to change the foundation of Formula 1 via the cost control, the governance, the basis of F1 and bring the teams closer together in sustainable competition,” said Ross Brawn, F1 managing director.

“When they get closer to each other we need cars that can race against each other. The current cars are terrible in this respect.” 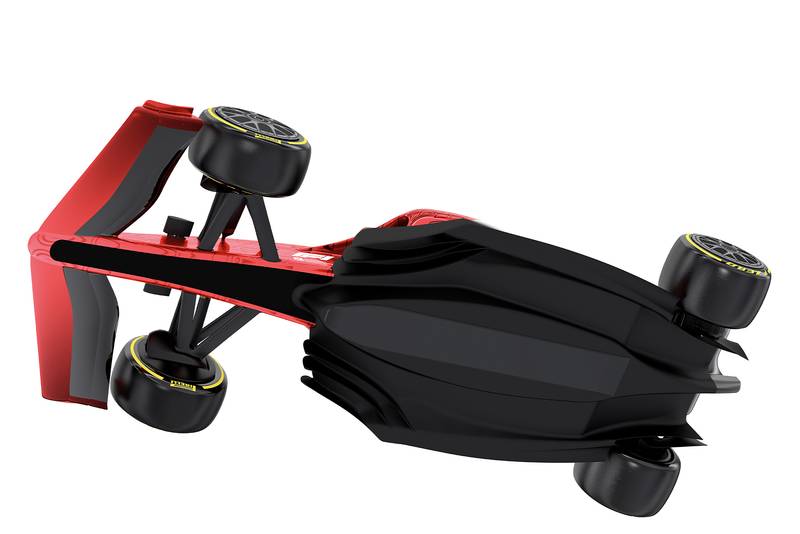 The biggest change to the rules involves aerodynamics. Front wings will be simplified to reduce the amount of downforce that they generate, while a diffuser will run underneath the car from behind the front wheels to the back, providing downforce with ground effect.

There won’t be any “massively complicated” bargeboards and several components, including wheel covers, will be prescribed by the regulations, to prevent teams seeking loopholes.

The effect will be a dramatic reduction of the car’s wake, and the impact of this dirty air on following competitors.

Development studies found that drivers a car-length behind a 2021-spec car can expect to retain 86 per cent of the downforce that they would have in clean air, compared with 55 per cent for current cars. The reduced number of aero parts should also mean that a minor bump doesn’t cause a huge drop in performance.

“We feel we’ve taken a huge step to creating rules that still allow teams to be creative and aerodynamicists to be creative while achieving the key objectives,” said Nikolas Tombazis, the FIA’s technical chief. 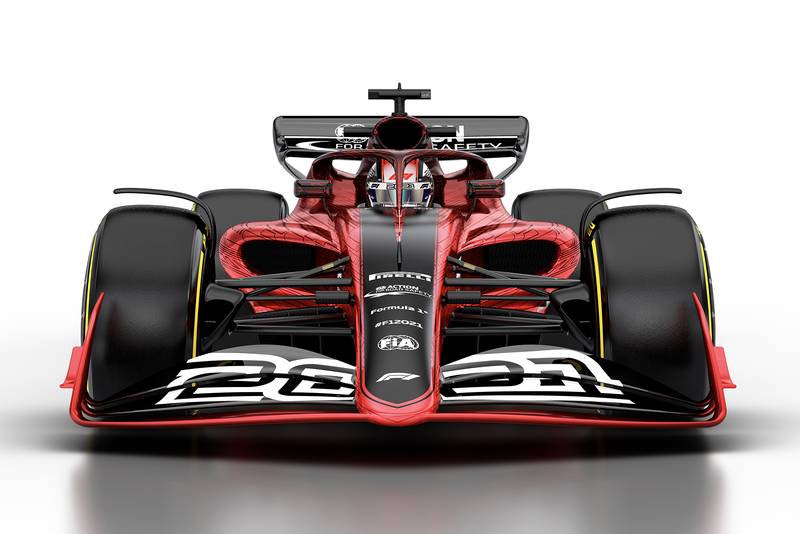 The sport’s spiralling costs has led to dominance amongst the richest teams and the fear that teams could suddenly call an end to the spending war and pull out of the sport.

The cost cap — a first for F1 — seeks to prevent this, and bring teams’ performance closer with a $175m limit, which excludes drivers’ salaries and other elements, such as marketing.

“Before, we had a gentleman’s agreement with the teams and there are not too many gentlemen in the paddock, I’m afraid.”

“All of the teams wanted a cost control,” said Brawn. They needed it to save them from themselves because they have been trying to outgun each other.

Brawn said that it was vital that the rules were included in the FIA regulations so that sanctions consisted of sporting penalties.

“Before, we had the resource restriction which was a gentleman’s agreement with the teams and there are not too many gentlemen in the paddock, I’m afraid. But this has teeth. Now if you fraudulently breach the financial regulations, you will be losing the championship.”

A soft-cap will be introduced in 2020 in order to monitor team spending and realign any unforeseen loopholes in spending before the hard cap is brought in for 2021.

Standardised parts and frozen specifications are expected to make cost-cutting easier: gearbox development is being restricted — an area with significant costs but little performance benefit — with teams only able to modify designs once in a five-year window from 2021 onwards.

Power units will remain generally untouched, with materials used in construction limited to those only commercially available and the weight slightly increased to help cut costs.

Cars built to the 2021 rules are expected to be 3-4sec slower than current-spec cars, returning to 2016 levels of performance.

That’s partly down to the aerodynamic changes, but also because they will increase in weight from 743kg to 768kg, due to larger wheels, safety improvements and some standardised parts, as well as already-heavy power units.

“The weight of the car is not an attractive part of it,” said Brawn. “But it is as a consequence of safety and the hybrid element of it, which I think is essential.”

Larger cockpits will help to accommodate taller drivers, and tethers will be used on some rear components to prevent them flying off in a crash.

A rubber membrane will also be added to some carbon fibre components to prevent them shattering after an impact. 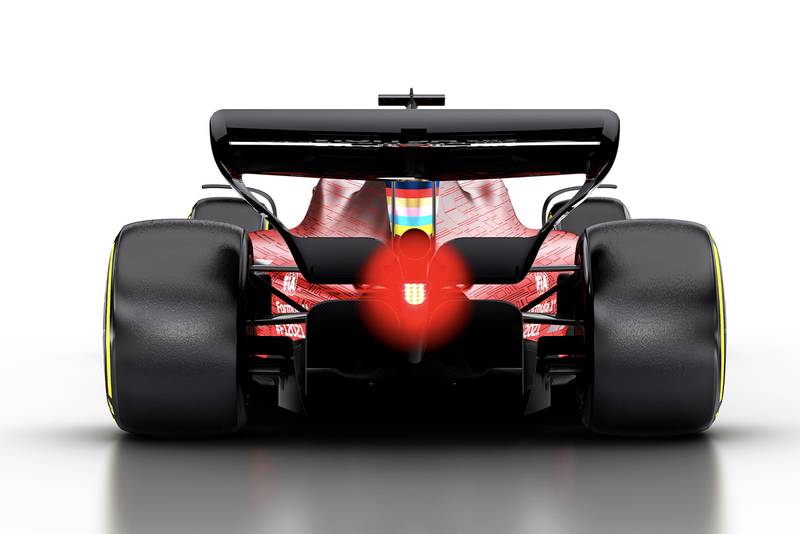 Race weekend structure will also be changing, with Friday practice would be reduced to fit into the new three-day format.

Cars will go through scrutineering on Friday morning rather than Thursday, as they do now, and must then race in the same specification.

Any new parts fitted after Friday running can be tested but cannot be raced until the following race weekend.

The calendar will also increase to a maximum of 25 races per season, with every additional race added to the calendar adding a further $1million to the budget cap ceiling.

Plans were also outlined to increase the environmental relevance of F1, with the objective of increasing renewable content of fuel an aim of the new rules.