The Alfa Romeo-powered Minardi M185 was launched in 1984, but it never actually took to the track… 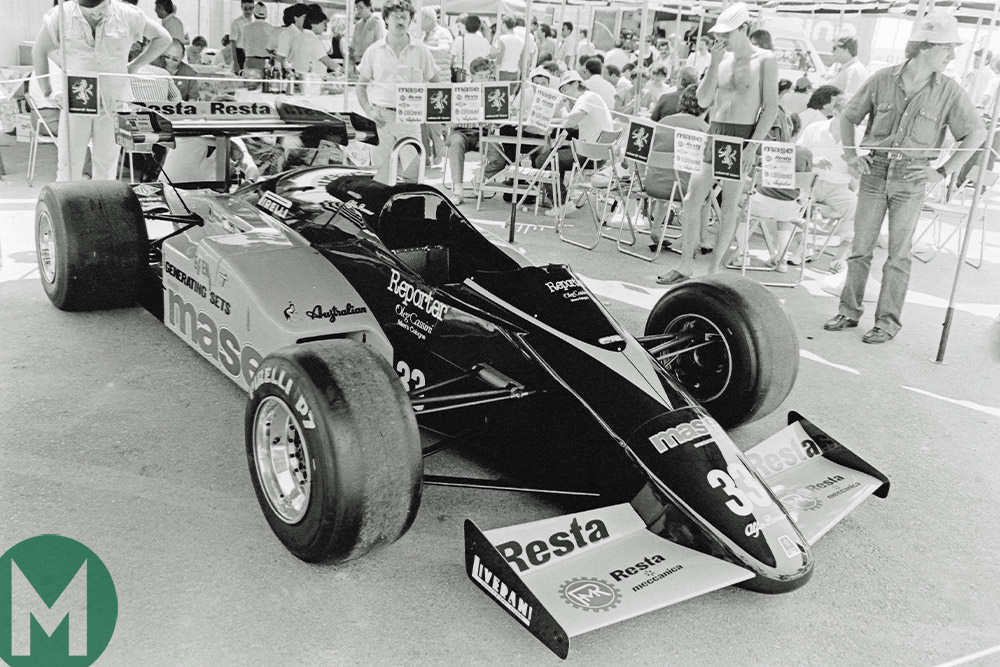 Fire-eaters. Jugglers. Acrobats. The Spice Girls… Formula 1 launches have over the years featured all manner of distractions, introduced perhaps to deflect attention from the rather obvious paradox that guests had turned up to watch one of the world’s briskest creations standing still.

Time was that teams would take a route one approach, inviting the media (of whom there still weren’t very many in the 1970s) to Silverstone to witness a few shakedown laps on a track that was in all likelihood icy, if not completely snowbound – the Arrows FA1’s first appearance in 1978 had a particularly Arctic backdrop.

As grand prix racing’s corporate tentacles stretched, however, and media interest mushroomed, so car presentations shifted away from the dust and clutter of the pits to the glitz and glitter of theatres, or else conference rooms at plush hotels.

Launches became less about the car; more about offering sponsors a sense of occasion.

In 2004 Renault sought the best of all worlds by flying the media to Palermo, to attend the R24’s launch at the Teatro Massimo (a grandiose 19th Century opera house). Afterwards, Jarno Trulli and Fernando Alonso completed some demonstration runs around a nearby square – and there was almost a riot when the Spaniard stalled in the wake of some doughnut turns. Thousands of locals promptly invaded the ‘track’ and a dozen mechanics formed a human chain in a bid to prevent bits of Renault being claimed as souvenirs.

Such conspicuous excess has diminished in recent times, with teams reverting to bygone practice by unveiling fresh contenders ahead of testing at Jerez or Barcelona, shortly before sending the car out, or else removing the wraps at a suitably lit factory function and streaming the occasion to a vast global audience (probably a bit cheaper than booking charter planes). 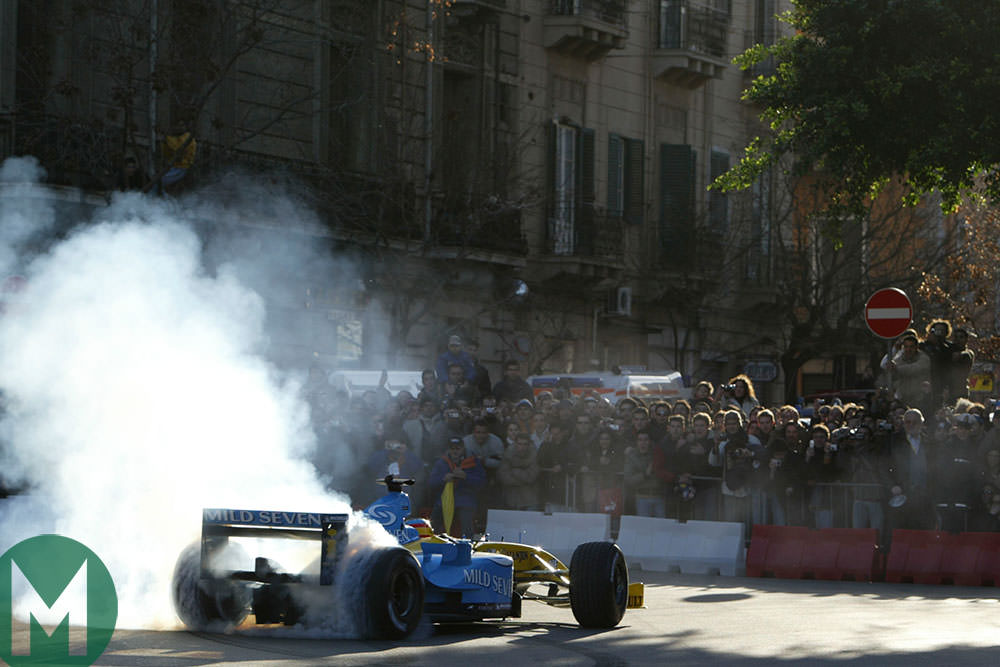 No matter how introductory tactics have altered, my personal favourite was a launch that took place at Misano, Italy, in July 1984… while the F1 community – the most obvious target audience – was otherwise pre-occupied with the clashing British Grand Prix, almost 1000 miles away at Brands Hatch.

The M185 was Minardi’s first F1 car and the timing and location of its introduction had a certain logic: Misano was fairly close to the team’s Faenza base and it had to be at the circuit anyway, for the eighth round of the European F2 Championship (in which it was running cars for Alessandro Nannini, Lamberto Leoni and Roberto del Castello). Science is powerless to explain why didn’t it wait until the Italian GP, at Monza two months later…

The international media presence was naturally slender, the car was displayed beneath a modest tent in the outer paddock, there were no photographic scrums and you didn’t have to go via a press attaché to book an appointment with designer Giacomo Caliri, because he was just hanging around and happy to chat.

I was part of a small group that photographed the event: it was just another F2 manufacturer trying its hand at the sport’s top table, entirely in keeping with the philosophy of the age. A new F1 team, yes, but not that big a deal in the overall scheme of things – and the scale of the occasion reflected as much.

The car also proved to be something of a curio, for it was presented with a turbocharged Alfa Romeo engine – a form in which it never competed. By the time the following season came around, Minardi had instead done a deal with to use former Alfa man Carlo Chiti’s new Motori Moderni V6 turbo (which wasn’t ready for the first two races, when the car had to be adapted to take a naturally-aspirated Cosworth).

The campaign was not a success. Lone driver Pier-Luigi Martini rarely finished (although he was eighth, albeit four laps down and last surviving runner, in the Australian finale), but Minardi endured to become a popular perennial that spent most (but by no means all) of its time in F1’s nether reaches.

The team would have many different engine partners prior to Red Bull’s takeover late in 2005, but Alfa Romeo wasn’t among them…

Read more from Simon Arron in the latest issue

More: On the road: ‘We should relish events of this nature’