McLaren has announced that Daniel Ricciardo will partner Lando Norris at the team for the 2021 Formula 1 season.

The move comes after Sebastian Vettel’s announcement he would be leaving Ferrari at the end of the current season, and came ahead of the news that Carlos Sainz will replace the four-time champion.

Ricciardo’s deal with the McLaren team is a multi-year agreement, with CEO Zak Brown saying the signing of the seven-time Grand Prix winner is a sign of McLaren’s continued improvement.

Cyril Abiteboul, Ricciardo’s current team principal at Renault, said the team had hoped to keep the driver and issued a pointed statement, which described “unity and commitment” as “critical”. 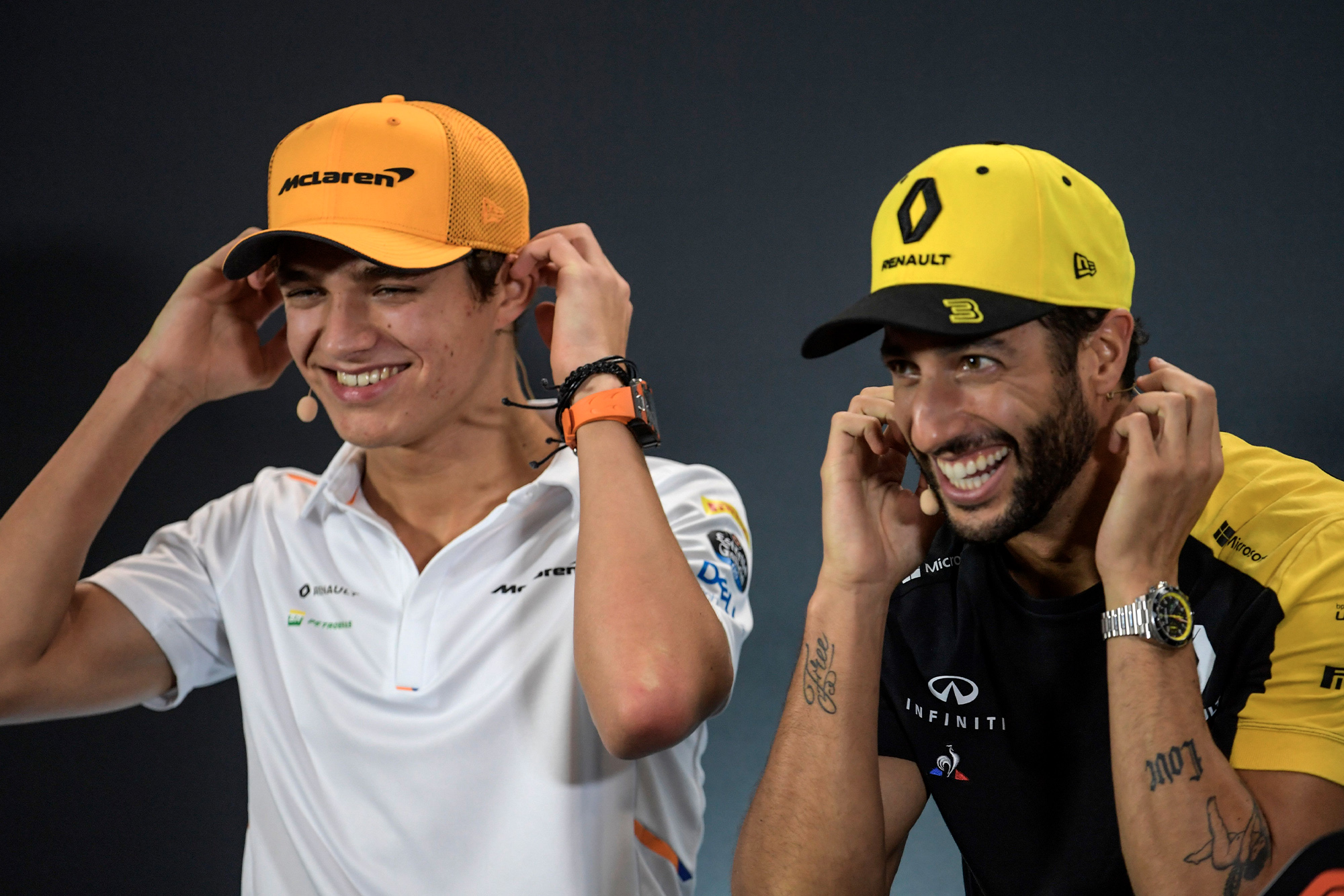 Norris and Ricciardo: team-mates for 2021

“Signing Daniel is another step forward in our long-term plan and will bring an exciting new dimension to the team, alongside Lando,” Brown said.

“This is good news for our team, partners and of course our fans.

“I also want to pay tribute to Carlos for the excellent job he has been doing for McLaren in helping our performance recovery plan.

“He is a real team player and we wish him well for his future beyond McLaren.”

I am so grateful for my time with @renaultf1team and the way I was accepted into the team. But we aren’t done and I can’t wait to get back on the grid this year. My next chapter isn’t here yet, so let’s finish this one strong. Merci pic.twitter.com/YFfzbwrgD7

Ricciardo had previously spoken to McLaren about a potential switch ahead of the 2018 season, before deciding on a move to Renault.

After a fruitless period though for the French manufacturer, the Australian will finally make the move to Woking in place of Sainz.

“Daniel is a proven race-winner and his experience, commitment and energy will be a valuable addition to McLaren and our mission to return to the front of the field,” McLaren team principal Andreas Seidl said of the announcement.

“With Daniel and Lando as teammates, I believe we have two racers who will continue to excite our fans and help the team grow.

“Carlos is a true professional, a pleasure to work with and we will continue to enjoy going racing with him this year. We all wish him good luck for the next stage in his career when he leaves McLaren.”

Renault said that it had been hoping to extend Ricciardo’s contract but that the talks had not been successful.

“In our sport, and particularly within the current extraordinary situation, reciprocated confidence, unity and commitment are, more than ever, critical values for a works team,” said Abiteboul. “I am confident that the 2020 season will allow us to accomplish even more together. Our ambitions and the strategy of Renault F1 Team remain unchanged.”