Consider for a moment the bad days you have at work. Not the ones when your work is going particularly badly, but when things outside of your professional life are affecting you. Things like being unwell, a break-up, family problems, financial worries…

Any one of those examples – and countless more – can have a real impact on how you feel when you’re trying to do your job, and how effective you are at it. Sometimes work is a good distraction from personal problems, others it’s the last thing you want to be doing, and it might show.

Racing drivers are no different to you and I in that sense.

But I do think it’s something that we sometimes overlook. We just dismiss their personal lives as perfect, as if they’ve never had something to upset or distract them because they get to drive racing cars for a living, base themselves in beautiful parts of the world and on the whole earn obscene amounts of money.

And while that’s more than adequate compensation for most of the sacrifices that drivers have to make, it doesn’t mean we should dismiss the influence certain aspects of their personal lives can have on a driver.

Let’s take Daniel Ricciardo as an example. Heading into the French Grand Prix weekend, things had been far from smooth for him since arriving at McLaren. Sure, he out-qualified Lando Norris in Bahrain, but since then it’s been a real struggle. And when I spoke to him at Paul Ricard, I initially wanted to focus on the driving aspect of that.

“I’ve been trying to use different kind of analogies to explain to the outside world to try and get the words across, and ultimately yes I’ve been driving F1 for a few years, all the cars are not the same but it’s the same category at least,” Ricciardo explained.

“But with some of the way the car is at the moment, and the quirks and the way it likes to be driven, I’m basically trying to get good at kicking a ball with my left foot.

“So my instinct is obviously to kick a ball with my right foot, and that’s easy, but now to really perfect this car I’m trying to learn how to kick with my left, that’s maybe a good analogy.”

But it’s not just about the car or the team. Ricciardo left home some 14 years ago to chase his dream of becoming a Formula 1 driver. He achieved it, became a race-winner and was excited about the new challenge with McLaren. But when he flew to Europe to start the delayed 2020 season, he left a country in Australia that had closed its borders to the outside world, and although things are a little easier now, he hasn’t been able to go back since.

It’s a reminder to him that being so far away from home is “absolutely” a harder aspect of life that he has to put up with compared to the majority of other drivers on the grid.

“I left last year after the quarantine, I think my flight was June 1 so it’s been over a year now since I’ve been home.

“Absolutely I am missing home and missing family and friends. So that can certainly get me down. That’s the negative part of not being home for so long. Other drivers, even if they don’t live at home they’re probably 30 minutes away from home or they’re a quick flight if they’re based in Europe like most are. So they’re able to see family and friends so much easier.

“But then the positive of that is that it does fuel me and it does motivate me. I’m like, right, if I am making these sacrifices and I am being away from family and friends and missing events and even family is getting older and grandparents and all that, life goes on… So if I am over here missing important things, which I value a lot, then I am like ‘Right, well I better make this right and make it work otherwise it’s all for nothing’. 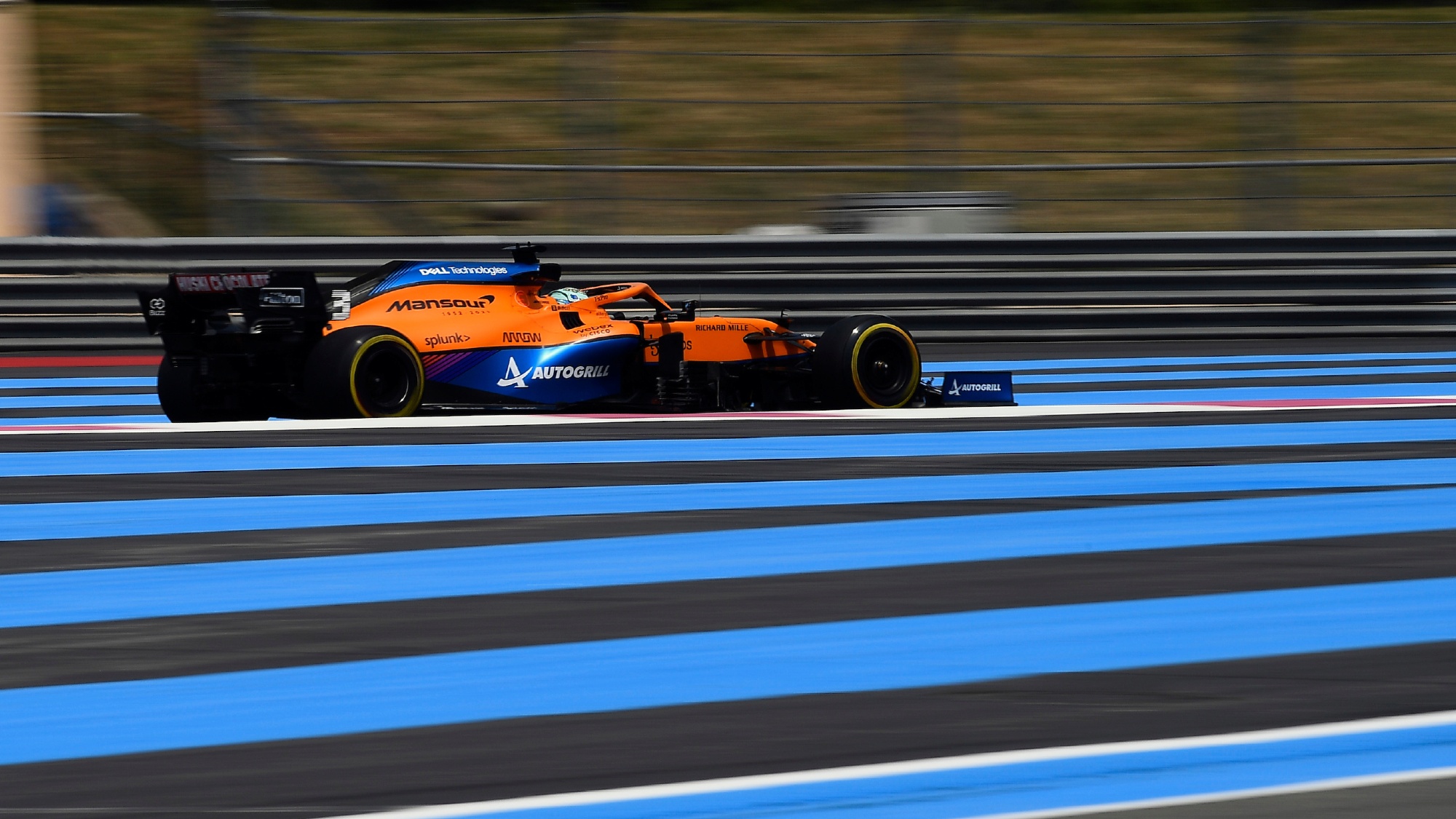 “So I use that as fuel, 100%. Even like training the last week, I was home in Monaco and I had a really good week training and honestly a lot of the mental situations I put myself in were these sorts of things and that would push me harder.

“I do like using it for the right reasons, but this year will probably be the first year since I left home back in 2007 when I’ll actually get homesick, I’m pretty aware of that.”

It’s a big admission from a driver who is being paid so handsomely and seen as the experienced head alongside a young talent at McLaren, but it’s one Ricciardo should certainly be allowed to make, too.

Athletes’ mental health has been in the spotlight a lot in recent weeks – driven in part by the Naomi Osaka situation in tennis – and it will play a major part in their performance. Ricciardo is one of the drivers who spoke well when I asked about Osaka’s stance in Azerbaijan, and his comments resonate even more after admitting his own vulnerability.

“Firstly, everyone’s different and everyone can respond to highs and lows very differently,” he said at the time. “Even in Naomi’s position she’s one of the best in the world – if not currently the best – and let’s say riding such a high but that could have some negative impacts to her and her wellbeing. Then others just suffer more with probably being in lower spots and trying to achieve something and not get there.

“I think it is very different for each individual, but this highlights that even when you may think someone is at the top you still have to be very respectful of their space and where they’re at. They’re seen as – in her situation a tennis player but she’s also a human and I’m sure she has so many other things going on in her life.

“It’s very easy just to see someone as their profession but not from a wider aspect of what they really are in their day-to-day life. People always have other things going on. I haven’t read a whole lot about it but certainly I think a decision like that just needs to be accepted and people need to accept that with an open mind of maybe it’s not all what it seems and if someone needs space for sure give it to them.

“I think in general the media have to be careful sometimes – I don’t think this is the situation now but how they write things and people can be quite sensitive and feelings are real. Nobody seems to be bulletproof, so just take some things into account when going after someone.”

Fortunately for Ricciardo, fewer people have been “going after” him. And that can come partly from his approach to others. The Ricciardo you see on television is very similar to the one when the cameras aren’t rolling – he just connects with people and shows just as much interest in you as you do in him.

That’s also translated into strong relationships at McLaren from the start, and even though he wishes he could have provided “fireworks” for the team already, he says his long-term commitment and work ethic has bought him patience from a new racing family that he feels goes that little bit further to support its drivers.

“Maybe it’s my personality but I’ve always found joy and happiness in all the environments. Obviously towards the last part of 2018 – my last few races with Red Bull – I was certainly a bit down and frustrated, but I think that was more the disappointment of that year, it wasn’t necessarily directed to the team around me.

“So I do feel like I have the ability to create good relationships anywhere, but I think with McLaren there’s a lot of things. Like I love – they tick every box, and there’s always follow-ups and if I ask a question and they can’t answer it immediately I’ll be sure to get a phone call or an email or something. Probably the one-percenters is the best way to put it, and I feel like they do the one-percenters really well.

“They’re also very open-minded. There are some new faces in the team but also some people that have been at McLaren years and years, but they’re also not holding onto the world championships from however long ago, they’re constantly trying to be better and evolve and stay with the times. I think the mindset creates a really nice energy in the team and that’s really cool. Obviously the last few years to have the success they’ve had and come out of the hole they were in, that’s given everyone a new lease of life and certainly some new motivation.”

The combination of McLaren’s desire and Ricciardo’s own drive – fueled as he admits by the determination to ensure the personal sacrifices he is making are worth it – has shown signs of promise in recent weeks, including in France where he ended up sixth. And just because he’s willing to admit the aspects of life he finds particularly tough, that doesn’t mean his own self-assurance has taken any kind of hit during 2021 so far.

“I mean, currently it’s probably been a bit of unfamiliar territory because normally – especially in qualifying when I need to pull the trigger so to speak, I can usually find the lap time relatively comfortably. It’s certainly taken a bit more conscious effort at the moment, so that’s where it’s been a bit more challenging.

“Although my on-track score – say call it a five out of ten – is what it is now, I’m uber-confident that this increases as the year goes on, so panic not my friends.”