Simon Arron looks back on the life and career of Dave Morgan, who passed away at the age of 74 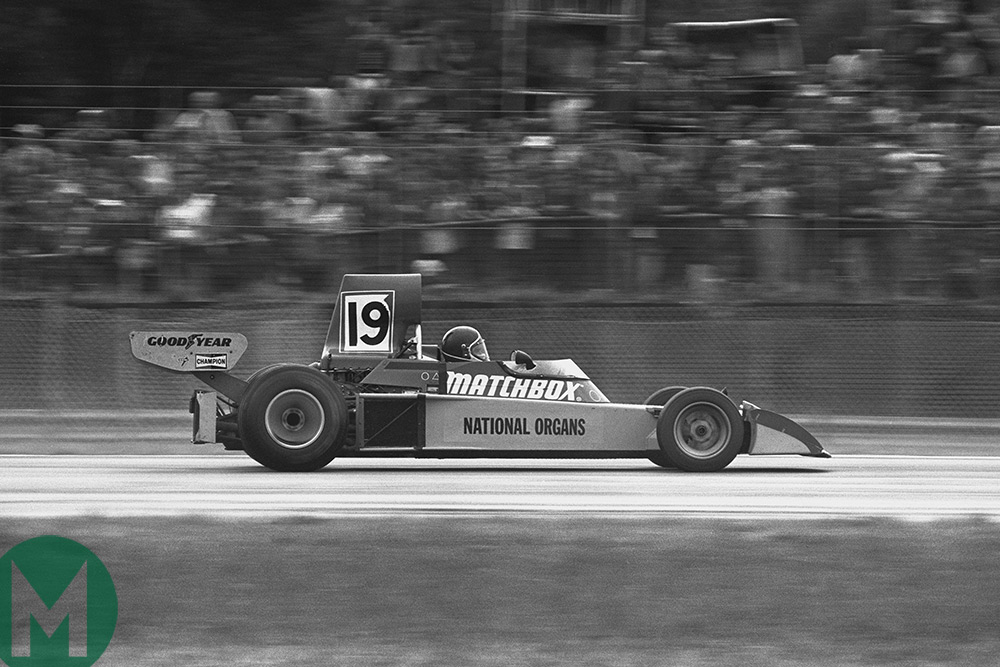 British motor racing has lost another significant link with its past following the death of David Morgan, who has succumbed to a stroke at the age of 74.

Morgan started only a single Grand Prix – at Silverstone in 1975, when his Surtees TS16 was one of many cars that ended its day crumpled among the catch-fencing following a late-race deluge – but that simple statistic undersells a charming, talented man who achieved a great deal of success as both a driver and an engineer.

He began his racing career in a Mini, at Mallory Park in 1965, before switching to single-seaters. Morgan made headlines in 1970, not so much for his improving performances in Formula 3 but for being punched by James Hunt after the two collided while fighting for second place in a late-season race at Crystal Palace.

Stepping up to the new-to-Britain Yellow Pages Formula Atlantic series in 1971, he took one win en route to sixth in the final standings before graduating to F2 with Edward Reeves Racing’s converted F/Atlantic Brabham BT35. In the opening round of the 1972 European Championship at Mallory Park, he won the first heat and took third in the second to secure aggregate victory against a field that included Niki Lauda, Jody Scheckter, Carlos Reutemann, Ronnie Peterson, Jean-Pierre Jabouille, Mike Hailwood and Bob Wollek. Three subsequent podium finishes put him sixth in the final standings and he started 1973 with third place at Mallory, but overall it wasn’t as strong a campaign and – with funds in short supply – he stepped back down to Formula Atlantic in 1974, taking three wins and finishing in the top five of both British championships. His younger sibling Richard won that season’s Formula Ford Festival and was tipped as a major star of the future, but both brothers’ careers would ultimately stall through a shortage of backing.

After raising sponsorship for that one-off GP appearance in ‘75, David stepped away from racing until 1980, when Mitsubishi recruited him to drive alongside Barrie Williams in the British Saloon Car Championship. Third in class at the end of 1981, he then retired from driving to concentrate on race engineering and over the years worked in F1 (Team Modena, 1991), F3000, North America and Mexico, striking a familiar pose in the pits as he pondered his charges, usually cradling a pipe in one hand.

While working with GA Motorsport in the 1990 FIA F3000 Championship, he promised to give up the pipe as soon as his driver Eric van de Poele won a race. That moment came early in the season, at the Pau Grand Prix. As the Belgian approached the finishing line, Morgan cast his pipe aloft and it landed on the track… where van de Poele unwittingly ran it over and smashed it to bits.

After returning from his stint in the States, Morgan joined the Epsilon Euskadi team in Formula Renault 3.5 and guided Robert Kubica to the 2005 title. He was also involved in the short-lived GP Masters series, rekindling his association with van de Poele (who finished on the podium in both 2006 races, the last to be run before the project folded).

In more recent times Morgan had been a regular visitor to historic events, where his gentle manner and trademark good humour always made his company worth seeking.

Motor Sport extends its condolences to the family and friends of David Morgan.