Silverstone was soaked, Rosberg supreme – Paul Fearnley looks back on the 1978 International Trophy 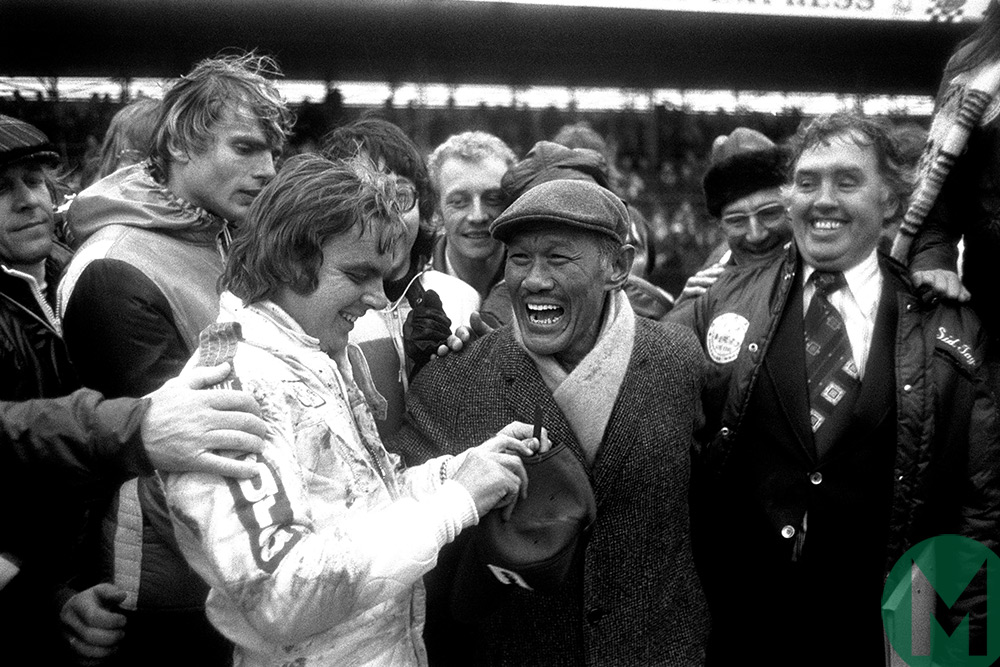 He was 29 – and clean-shaven – when he won the BRDC International Trophy 40 years ago.

His was an epic performance in an unheralded – pimped-up Formula 2 – car in unholy conditions and quite rightly he considered himself ‘arrived’.

Yet he was doomed to drive Formula 1 “shitboxes” for the next four seasons.

The hardest-working man in motor sport had contested more than 40 races across five continents in 1977 and more of the same was planned for 1978.

He’d already successfully defended his New Zealand Formula Pacific title in a Fred Opert Racing-run Chevron by the time he rocked up at a very muddy Silverstone in March.

He’d already made his F1 debut, too – and suffered the biggest accident of his career to date when a brake pad fell out during practice at Kyalami.

Contemporary reports have it that a new monocoque had to be flown out; Rosberg insists that a local “blacksmith” patched the holed tub.

He qualified on the penultimate row but caught the eye by his forceful gaining of several places in the early laps before sliding down the field because of a dicky clutch and into eventual retirement – and almost unconsciousness apparently – because of (fumes from) a fuel leak.

Related: Tales of the unexpected

The latter had alienated designer Ron Tauranac by insisting that TR1 feature a Wolf rear wing and Len Bailey had been drafted to finish the project.

The end result was a conservative car that F1 rookie Eddie Cheever reckoned undriveable after failing to qualify in Argentina and Brazil.

Replacement Rosberg said it was “wonderful” – he didn’t think it too bad in truth – and kept his opinion of a chaotic team to himself.

(He’s always been smart, from his days in computer software to his stepping back in order that similarly smart son Nico could forge his own path in F1.)

So when he and Derek Daly, taking his F1 bow in a Hesketh 308E, spun in unison at Silverstone’s flooded Abbey Curve, it was the buccaneering Finn who backed off while the Irishman disappeared into the spray at a rate of 5sec per lap.

The latter had already spun from the lead – on the first lap – of this remarkable race and would do so again on lap 13 (of 40, shortened to 30, and then reinstated to 40).

‘Muddly Talker’ was in overdrive as slithering cars left, right and centre got stuck in mud or snared by catch fencing.

Front row pairing Ronnie Peterson and Niki Lauda had missed the start after accidents in warm-up: the latter switched to Brabham’s spare BT45C but withdrew when its throttle stuck on the formation lap – during which several cars had spun; and the former, on pole by a wide margin, started from the pitlane but retired after two laps so bad was the handling of his hastily repaired Lotus 78.

James Hunt and Clay Regazzoni had followed Daly into the Abbey quagmire on the opening lap – but stalled and stayed there. And Mario Andretti, having assumed the lead, joined them on lap three, his new Lotus 79 skimming past Hunt’s McLaren M26 and striking Regga’s new Shadow DN9 amidships.

By which time acknowledged rain master Jacky Ickx had dumped his Ensign N177 in the Northants clart.

Hans-Joachim Stuck, another wet-weather expert, led briefly before water got into his DN9’s electrics.

Whereupon a man with fewer than 30 racing laps under his F1 belt hit the front.

But Rosberg was a seasoned campaigner having battled his way through the Vee and SuperVee ranks and rubbed wheels with Gilles Villeneuve in the latter’s Formula Atlantic back yard.

He reckons the latter the most intense racing experience of his career.

But having two-time world champion Emerson Fittipaldi loom from out of the mist must run it a close second.

The Brazilian was recovering from an earlier spin – the tip of his Copersucar F5A’s nose askew – and looking racy, confidence in the family’s wayward project buoyed by a second place in Brazil.

The gap shrank rapidly from 10sec to 2sec – and held, with a dozen laps remaining.

Not only was Fittipaldi hampered by an intermittent misfire but also Rosberg possessed sufficient performance and margin to respond.

There were by now only two cars on the lead lap – and just a half-dozen still running, of which only four would finish – but undeniably this was compelling.

TV analyst Peter Gethin, who knew a thing or two about unexpected F1 victories, reckoned Rosberg to be “driving beautifully” and that Fittipaldi was unlikely to find a way by.

He would be proved exactly right.

The rain eased and a drying line began to emerge – Rosberg occasionally fish-tailed out of it but always found a way of re-engaging with it – as the race approached its denouement.

On the penultimate lap he uncorked his fastest lap to move 4sec ahead.

Fittipaldi responded with the race’s fastest lap on the last lap.

But Rosberg held on to win by almost 2sec.

And was tipped as a future world champion.

By the end of the season – one spent switching between ATS and a Yip-run Wolf after TR1 had been rejected – he would be out of an F1 drive.

And had not his subsequent Can-Am boss Paul Newman been such an understanding enthusiast/top bloke, Roberg’s path in the premier category might have ended there. 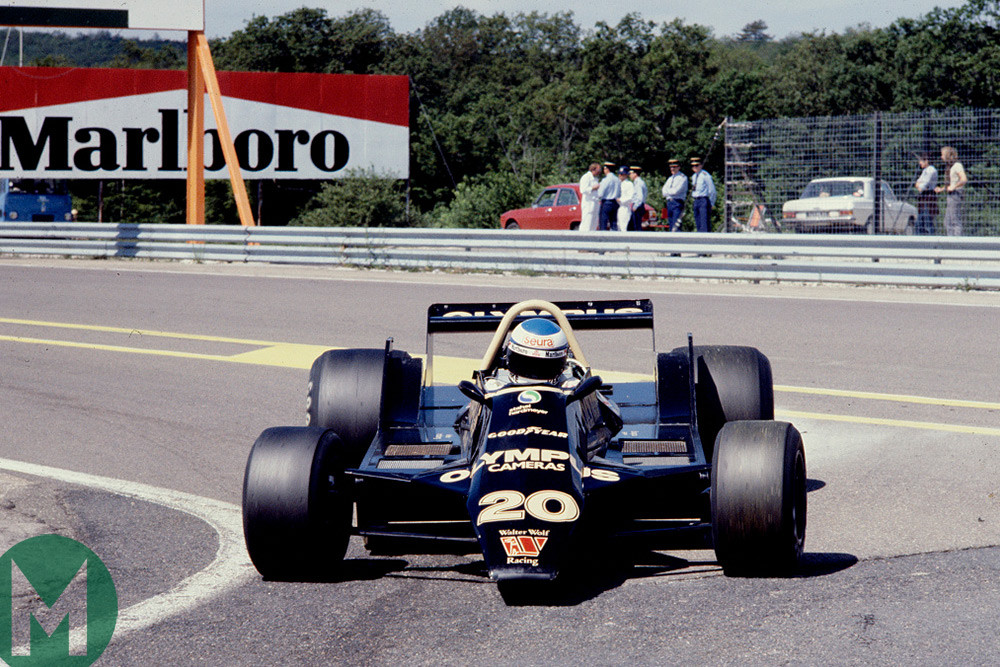 As it was he was able to replace snap-decision departee Hunt at Wolf while continuing to honour his Can-Am contract. Tough gigs both.

Wolf was absorbed by Fittipaldi for 1980 and Rosberg finished third in the season-opener in Buenos Aires.

Just two more points would come his way in the next two years.

So when Williams, seeking a replacement for retiree Alan Jones in 1982, rang to offer him a test at Paul Ricard, it’s little wonder that Rosberg replied that he would swim there if necessary.

From California. Where he was learning to fly.

Now he’d arrived. Later than expected admittedly but – his biggest F1 surprise still ahead of him – with a bang.