His time in Formula 1 was brief, just two entries in the 1951 & ’52 Swiss Grand Prix at the fearsome Bremgarten, but George’s life was far more than a footnote.

He had some success in pre-war racing, including a fine victory ahead of Prince ‘Bira‘ in the Imperial Trophy at Crystal Palace.

George joined the RAF with the outbreak of war, being shot down and becoming a prisoner of war in 1944. Upon his return home he was awarded the Distinguished Flying Cross and joined his friend John Heath to form HW Motors, running a garage and racing Altas.

HWM-Altas had success in Formula 2 in the early ‘50s, but after Heath’s death in the 1956 Mille Miglia, George wound down the team’s racing activities and ran the garage business successfully. 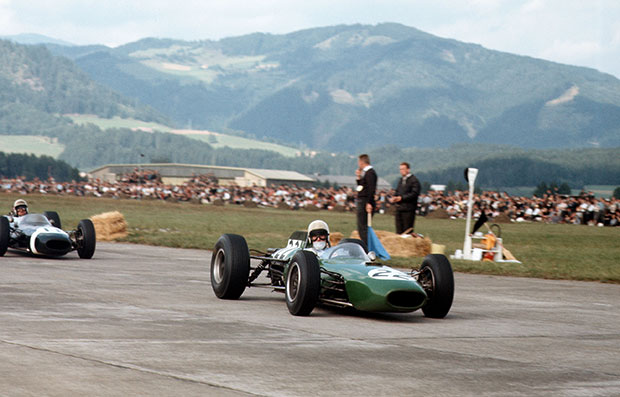 Bob started in motorcycles, switching to cars in 1961, buying a Lola in ’63 and competing under DW Racing Enterprises. DW consisted of Bob, wife Marie-Edmeé and a mechanic, competing mostly in non-championship races, including a win in the Rome GP.

Entering the world championship in ’64 on a miniscule budget, he took his Brabham to a best finish of third in Austria and was awarded the von Trips Trophy as best private entrant.

In ’66 he competed at Assen in a 250cc Yamaha, finishing fifth. With a sixth place at Monza in F1 he became the second person after John Surtees to score points in F1 and Grand Prix motorcycle racing in the same year.

He desperately wanted a works drive, lamenting: “I really don’t understand. I wish somebody would tell me.” Sadly while testing at Silverstone in 1967 Bob aquaplaned into a marshal’s post and passed away from his injuries. 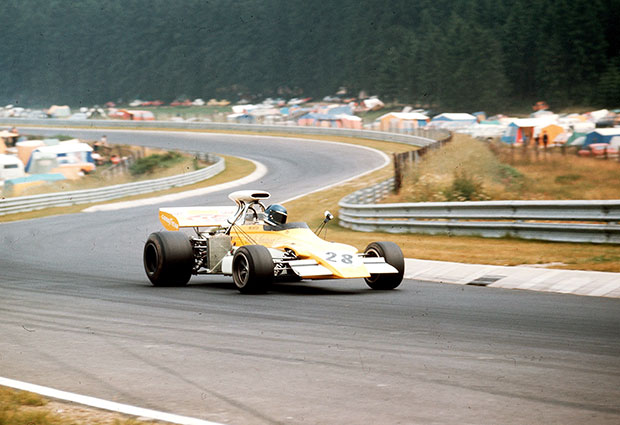 Born in Cairo while his father was in the army, Mike made his way up the racing ladder with spells in Formula 3 and Formula 2 before making his appearance in Formula 1 in 1971.

The privately entered March raced with little success, with a best finish of seventh in the 1973 Spanish GP in his 28 starts.

He retired from racing a year later and moved to the United States before his untimely death from AIDS at the age of 48. 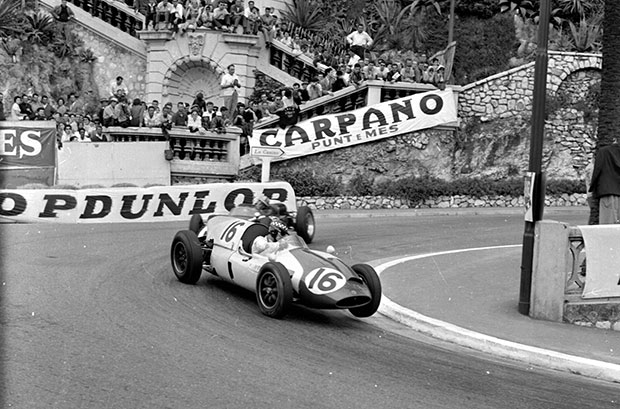 Chris was a fast and talented youngster who quickly made his way into Formula 1. Some thought he was too wild, those who knew him thought he would be a World Champion.

He finished 10th in his first F1 race in an BRP F2 Cooper at the ’59 British GP, winning the class and held off Jack Brabham and Roy Salvadori in the John Davy Trophy at Brands Hatch that year.

Sadly during the tragic 1960 Belgian GP weekend, during which Stirling Moss and Mike Taylor suffered severe injuries and Alan Stacey lost his life, Chris was killed while dicing with Willy Mairesse.

While his name is linked to this awful weekend he was a great talent, with unfulfilled potential. Ken Gregory simply said: “Chris was a definite World Champion. He was just extraordinarily fast.” 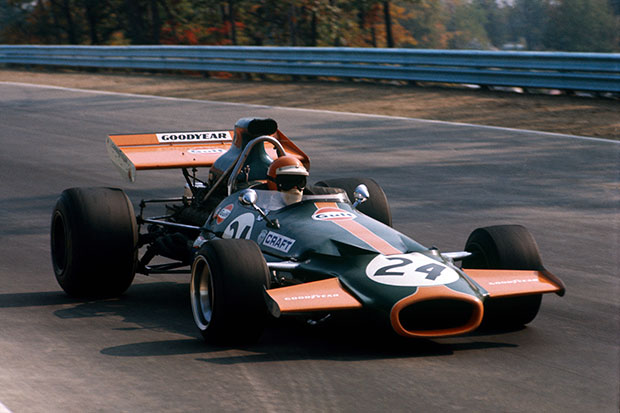 Two entries with one DNQ and one retirement doesn’t do justice to Chris’ experience in a variety of racing cars.

He was a leading saloon car driver in the ‘60s, and partnered Alain de Cadenet in sports cars, which gave him the opportunity with de Cadenet’s Ecurie Evergreen team in F1. “When we turned up we were rubbished by the entire pitlane until Jackie Stewart, strolled up,” Chris recalls.

“I’d shared some Ford touring car drives with Jackie, so we knew each other. ‘Anything I can do to help, Chris?’ I loved that, it was really nice of him.”

After retirement he partnered with Gordon Murray and started the Light Car Company, building the Rocket. In his Lunch With… for Motor Sport he said: “Racing in our day was a wonderful life. It was dangerous, but nobody made us do it. I reckon we’re very, very lucky to have done it when we did.” 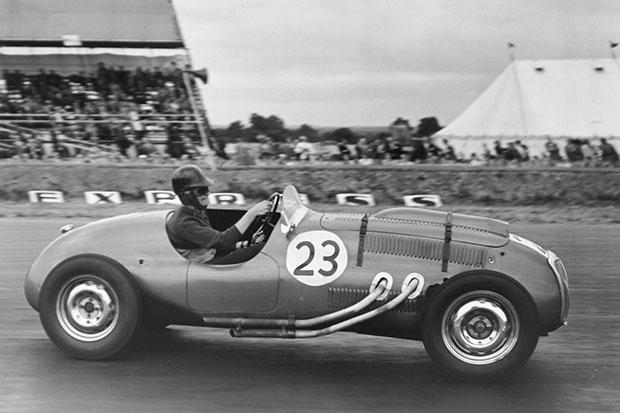 He raced for Raymond Mays in the first post-war event in 1945 at Cockfosters in Middlesex and was “knocked out by a cabbage in an F1 race at Snetterton,” he later remembered.

“I had no brakes. I hit an ice-cream wagon, then I was in this field of cabbages. George Abecassis said I was doing about 140, and the cabbages were slowing me down, but then one of them hit me.”

An accident at Goodwood in ’55 ended his career and he ran a dealership specialising in Bristol Cars, taking full ownership of Bristol in 1973, remaining in control until 1997 and part ownership until 2002. Despite the sale he remained at the company until 2007 when he arrived at work to find the locks had been changed.

Not taking kindly to criticism of his products he nevertheless possessed a wicked sense of humour, and passed away at the age of 93 in 2014. 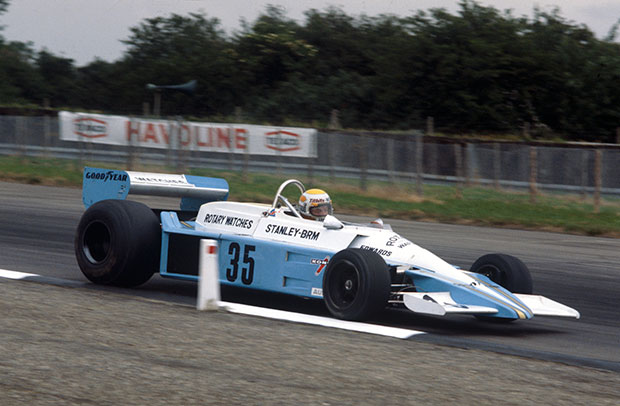 Better known outside of his Formula 1 career, Guy raced with some success in sports cars, finishing 2nd and 3rd in class at Le Mans in 1980 and ’81.

He competed for Graham Hill’s Embassy Racing team in F1 during ’74, and took his sponsorship to Hesketh in ’76, racing the Penthouse Rizla 308D. A one-off drive for Stanley-BRM a year later failed to pay off, as he did not pre-qualify for the British GP.

Post-F1 he competed in the British F1 championship, scoring several wins including the only win for a Fittipaldi chassis in ’79, and in a Ford Sierra RS500 in British Touring Cars.

He retired to concentrate on his successful sponsorship consultancy, helping teams and drivers find funds, and his son Sean raced Porsches to some success before losing his life in 2013. 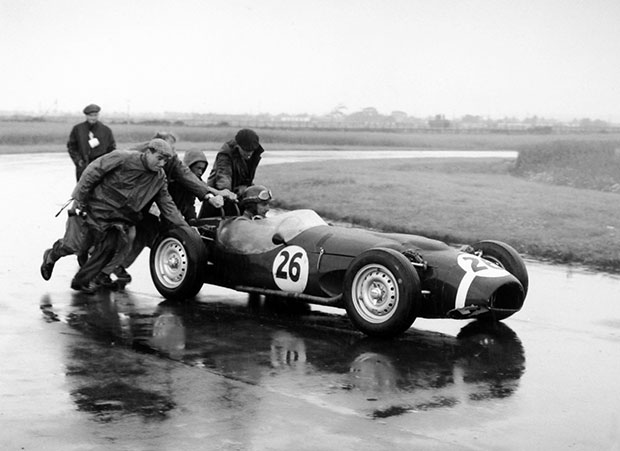 Racing on an occasional basis, Jack competed in trials and hill climb events before WWII, where he served in the Tank Corps.

A reliable runner, he was at his best in sports car races, competing with the top teams of the time including Aston Martin – partnering with Stirling Moss to win the ’59 Tourist Trophy at Goodwood and Nürburgring 1000km.

He tested cars due to his reliable driving and helped to develop Connaught’s F2 and F1 machines. His long F1 career consisted of only 12 starts, competing mostly in British and Italian GPs. The best results came in a Connaught in 1956 where he finished fourth at Silverstone and fifth at Monza in a Type B.

His second-last F1 start was notable for him becoming the last man to start at Grand Prix in a front-engined car and the first to compete in a four-wheel drive car, in the Ferguson P99. However after a push start he was disqualified, though allowed to keep running, but when he was asked to hand over to Stirling Moss protests came in and the car was retired.