Welcoming you to Estoril circuit is a large stone sculpture overlooking a small memorial to Ayrton Senna. Flowers are laid there weekly by passers-by – perhaps competitors, perhaps spectators who once witnessed him win here.

Senna is especially revered here in Portugal. Yes, he spoke Portuguese – admittedly ‘in a different accent’, according to the locals – but his spirituality and devout Catholic beliefs tied him ever closer to the Portuguese people.

And after European rounds of the world championship, he would stay at a friend’s house just 10 minutes away from the circuit, in a town called Quinta da Penalva, nestled in the Sintra mountains. This was Senna’s home away from home.

‘Are you seeing the same thing I am seeing? Is it really Senna?’

“I was 15 years old at the time. I was racing karts and my father – [also called] Bernardo – was a works driver for Alfa Romeo in touring cars between 1972-84. Then he became a Lotus importer for Portugal and so in 1985 we came to the race. I met Senna and the team.

“Ayrton asked me if I liked motor racing and I told him ‘I’m racing karts’. It was his passion, and he instantly changed his tone: ‘Oh! What chassis are you racing? Are you winning?’ he would ask. We discussed set-ups and tyres and stuff like that, we had a connection. I wanted a Bell XFM1 helmet just like him, and I spoke with him about it. 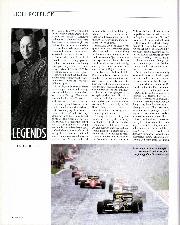 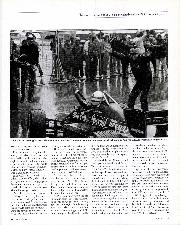 Legends: Estoril 1985 For many of us, Grand Prix racing entered a fallow period after the death in May 1982, of Gilles Villeneuve, and none felt that more keenly than…

“He said ‘you want a Bell helmet? Help me take care of mine!’ So I cleaned Senna’s helmet that weekend and took care of it for him, and two years later I finally bought one.”

Nigel Roebuck recounted Senna’s first win back in 2014, saying that only 10,000 people witnessed Senna win for the first time because grandstand tickets were notoriously expensive for the locals.

The Brazilian finished more than a minute ahead of Michele Alboreto in the pouring rain, with pole position allowing him to avoid the spray, though the puddles were more than a nuisance for all.

“It started raining like hell,” recounts Bernardo. “And people still stayed to watch. They were so passionate, waiting for the end of the race. It was very emotional, I remember, people said that he never looked so happy.

Senna had made his name at Estoril in the world karting championships, finishing as a runner-up in 1979. Bernardo recalls that just as many fans witnessed his first F1 win as they did his karting debut at Estoril.

Senna would return to the circuit numerous times, testing there whenever he had the chance and driving a Portuguese friend’s Porsche when he needed to make a quick getaway from the circuit.

Senna was supposed to return to the house in Quinta da Penalva after the San Marino Grand Prix.

“I remember that day just like it was yesterday. I was racing here, driving a Citröen Group A touring car in the Portuguese championship. There was a good hotel close to the circuit and I had a room there, so I went back after the morning’s qualifying session to watch the Grand Prix.

“I saw the accident and it was incredible. First it felt like a dream, and I started calling friends on the phone: ‘are you seeing the same thing I am seeing? Is it really Senna?’

“It was tough going back to Estoril after that race. My car did three laps, had an engine problem and stopped. It just wasn’t a good day.”

Estoril was changed for safety purposes in the wake of Imola and, most significantly, Curva do Tanque was removed from the layout to become a run-off area before the Gancho chicane. 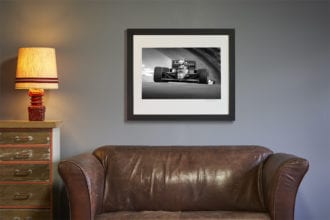 But this weekend at Estoril Classics Week, a new Portuguese historic event – organised by our generous hosts, the Cascais Tourism Board – that aims to bring classic car racing and concours to the town of Cascais, west of Lisbon, the corner returns for the first time since 1994.

Today, the circuit barely seems like it has changed.

The hulking concrete grandstands are open and underneath their looming shadow are rows of concrete benches. The sky-blue paint is flaking and signs pointing to bars and restaurants – it’s not clear if they’re open or not – are barely hanging on.

Built more than three decades ago, the grandstands lend to an atmosphere of a deserted water park – once packed to the rafters with jubilant visitors, they’re now almost creaking, the wind giving the rafters a ghostly presence. It looks out of place compared to the nearby towns of Cascais and Estoril.

The circuit speaks of its heyday, today in particular as historic F1 cars tear through Tanque and the following Parabolica Ayrton Senna.

Nearly 5000 miles away from Sao Paulo, Senna’s memory is firmly rooted in the foundations of Estoril.