Carey had already confirmed that he is stepping down from the role at the end of the current season, having held the post since Liberty Media’s F1 takeover in 2017, and rumours began to circulate earlier this month that Domenicali was in line to be his replacement.

Carey will remain involved in the series as non-executive chairman when Domenicali takes over in January.

“I am thrilled to join the Formula 1 organization, a sport that has always been part of my life,” Domenicali said.

“I was born in Imola and live in Monza. I’ve remained connected to the sport through my work with the Single Seater Commission at the FIA and I look forward to connecting with the teams, promoters, sponsors and many partners in Formula 1 as we continue to drive the business ahead.

“The past six years at Audi and then leading Lamborghini have given me broader perspective and experience that I will bring to Formula 1.”

Having been a part of the team previously in several roles, Domenicali took over the reins at Ferrari following current FIA president Jean Todt’s decision to step down as team principal after the 2007 F1 season. He oversaw Ferrari’s last championship win in 2008 when the team secured the constructor’s title. Domenicali maintained the role up until the 2014 season when he resigned after just three races.

Since leaving F1, the 55-year-old has held positions with Audi and most recently Lamborghini, heading up the Italian brand as CEO since 2016.

Domenicali is also head of the FIA Single Seater commission, having been appointed in 2015.

The departure of Carey comes after the signing of the new Concorde Agreement, taking the sport and all of the teams up to the 2025 with the new commercial agreement.

All ten of the current teams on the grid signed the new deal, committing to the immediate future of Formula 1 for the next five seasons. The new agreement looks to close up the field through a fairer distribution of prize money amongst the teams. It is also believed that Ferrari’s bonus payment remains part of the new 2021-25 deal. 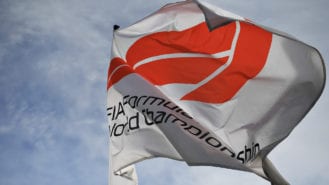 In recent weeks, as the early sign-on deadline loomed, there were growing references to the Concorde Agreement, with the majority of teams publicly stating their willingness to sign and commit…

His appointment will also bring another Ferrari reunion about, this time with Ross Brawn, who holds the position as F1 managing director of motorsports, having been appointed to the new position following Liberty’s takeover.

“He assembled a first-class commercial and sporting organization that has a long list of achievements, including broadening the appeal of the sport, growing its digital presence, establishing new technical regulations, securing a cost cap for the first time and reaching a new more equitable Concorde agreement with the teams.

“His actions have reinforced F1 as the pinnacle of motorsport. As always, he has been a great partner and I look forward to his continued counsel in his new role as non-executive Chairman.

“We are excited to welcome Stefano Domenicali as President and CEO of Formula 1. Stefano brings a rich history of success in F1 at Ferrari and the broader auto industry at Audi and Lamborghini.”

Outgoing CEO Carey said that his time in the role had left Formula 1 in a strong position for the future, and that he was looking forward to remaining involved with the sport.

“It has been an honour to lead Formula 1, a truly global sport with a storied past over the last seventy years. I’m proud of the team that’s not only navigated through an immensely challenging 2020 but returned with added purpose and determination in the areas of sustainability, diversity and inclusion. I’m confident that we’ve built the strong foundation for the business to grow over the long term,”

“It’s been an adventure and I’ve enjoyed working with the teams, the FIA and all of our partners. I look forward to staying involved and supporting Stefano as he takes the wheel.”

The initial reaction to Domenicali’s appointment has been positive, with McLaren praising the move and calling the Italian the right man to lead Formula 1 into the future.

A statement made by the team said that his prior experience in the sport and perspectives gained in his previous roles would help shape the sport moving forward, and that the foundations laid by Chase Carey had left F1 in positive shape moving forward.

“McLaren Racing applauds Chase Carey for his leadership in bringing our sport to the cusp of a new, exciting, promising era,” the statement read.

“The team embraces the decision to appoint Stefano Domenicali to the position of President & CEO of F1, and believes he is the right person to lead the sport into its new era. Stefano has a rounded view and broad experience at team, manufacturer, regulator, brand and senior leadership levels that equip him well to build on the strong foundations Chase and his team have laid for the sport’s continued development and growth.

“We are both confident and excited at the prospect of working with Stefano and his team, continuing to work with Chase, the FIA and our fellow teams as partners in the new era of Formula 1.”