The fourth in a series of extracts from Inside Track: Phil Hill with Doug Nye. Phil Hill talks about how he captured a flock of Ferraris at the 1955 Venezuelan Grand Prix 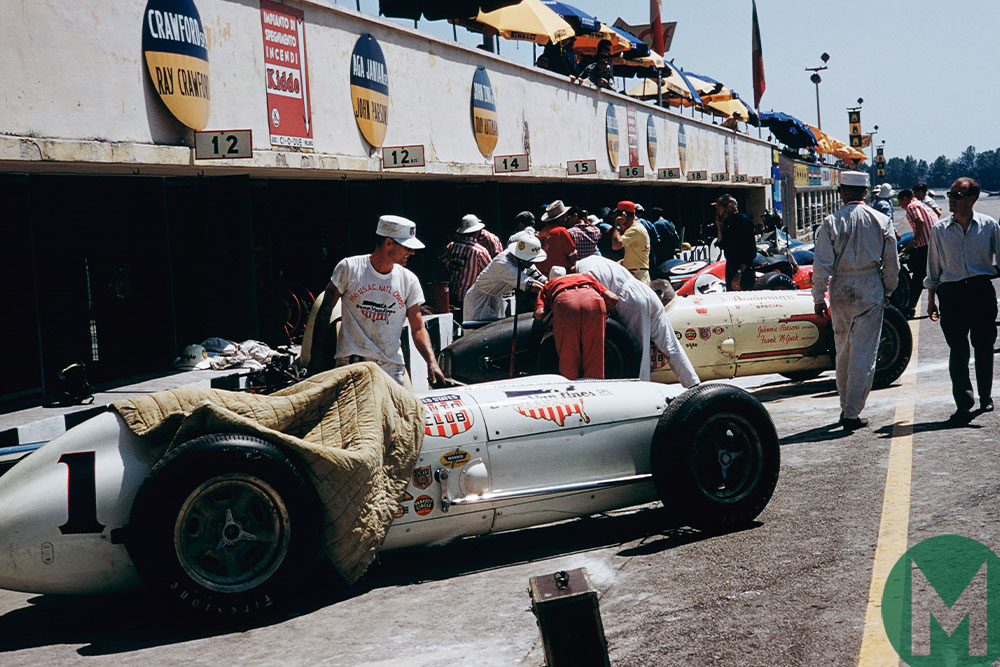 PHIL HILL:  “The ‘Monzanapolis 500’ was a speedway race – split into three Heats on safety grounds to avoid tyre bursts – to be run on the speedbowl which had been built at Monza for 1955 and had lain largely unused until 1957… The idea was for a visiting bunch of USAC Indy racers to compete against the best the European teams could offer. The idea was pole-axed by the contemporary driver’s union – the UPPI – declaring a boycott on safety grounds.  So the Americans had a clear run apart from the Scottish Ecurie Ecosse team which ran its three Jaguar D-Types there…and profited hugely from Indy car retirements to go home with a big bag of gold.

(For 1958) “Not only was the prize purse increased to $80,000, but the national Club – the RACI – announced that to be eligible for its annual bounty … entries had to be made in the Monza race.  This cornered both Ferrari and Maserati.  Ferrari built two special cars to compete….so straight after Le Mans I went to Monza, where Musso, Mike Hawthorn and myself were all lined-up to drive. I guess Luigi perceived it as his patriotic duty to put these visiting Yanks in their place. He absolutely threw all caution to the winds in the big 440-horsepower V12 and took pole at 174.67mph. The Indy guys, give them their due, looked at Musso with new respect. And so did I.

“In Heat 3 ‘Jenks’ of ‘Motor Sport’ reported: ‘After 24 laps Hawthorn stopped for a change of the left-front tyre and Phil Hill took over and made the Ferrari rush along, though it was 400rpm down due to a dying battery for the coil ignition. Even so, it hurtled past the slower cars and Hill was gaining visibly’.

“Stirling had the Maserati’s steering box shear on the banking and was lucky to escape unhurt, and then it was all over – Jim Rathmann and Jimmy Bryan were first and second in their Offy-engined Indy cars – and I was third for Ferrari. I guess it shouldn’t have been that big a deal. I was three laps behind – but it didn’t feel that way. Amarotti and Tavoni made a big fuss of us. Musso had been the hero, yet I felt I hadn’t done my cause any harm…”