Fast, and one of Porsche’s best – Jo Siffert in the words of his peers 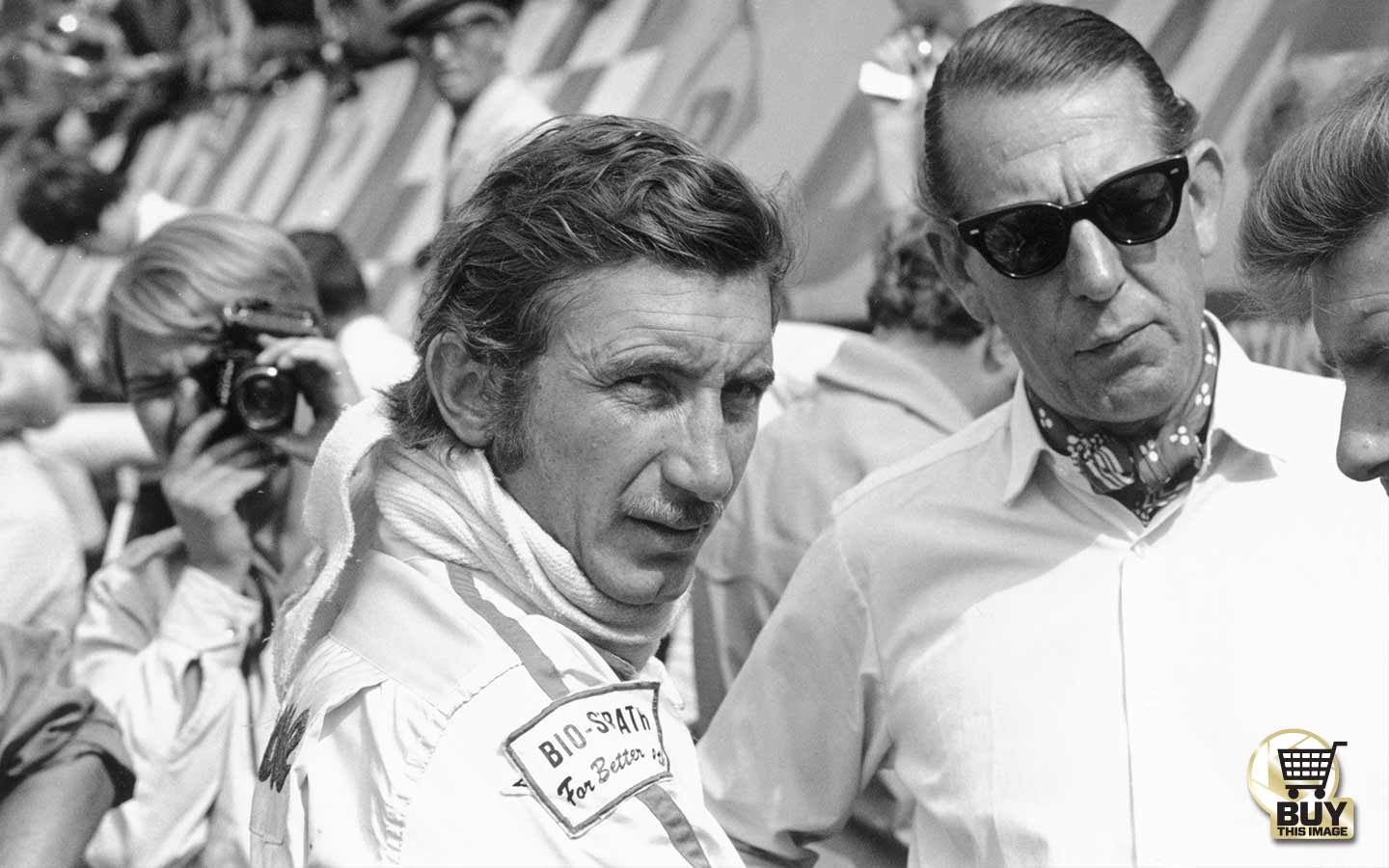 When Porsche people of a certain vintage are asked to name the best driver they raced with, the answer is often the same, albeit with one variation.

Swiss Siffert’s Grand Prix record tells little of the full picture. Yet he beat Jim Clark, by a tenth, in the Mediterranean Grand Prix in 1964. He battled with Clark and John Surtees, both in their pomp, at Siracusa the following year until his engine gave up. Joseph Siffert’s day, according to Jenks.

Three years later, driving Rob Walker’s privateer Lotus 49B he held off Chris Amon at Brands Hatch for his first Grand Prix victory. Then in 1971 he mastered the Österreichring, just a month after his team-mate, friend, foe and rival Pedro Rodriguez was killed at the Norisring.

It was in sports cars that Siffert found real success. Never a winner outright at Le Mans, he and Hans Herrmann finished first and second at the 1968 24 Hours of Daytona. The same year he won the Sebring 12 Hours and the Nürburgring 1000kms.

Peter Falk, who knows his onions and ran Jacky Ickx, Derek Bell, and co. during his career, lists Siffert clear of them all. “An extraordinary, astounding driver”, he writes in his new book 33 years of Porsche. “He was recognised as the fastest man in the Porsche team, regardless of the car. He was phenomenally fast and he never complained. A relaxed man, an excellent team player.”

“Jo was the safest and most reliable,” his often partner Kurt Ahrens believes. They scored the first win for the Porsche 917 together during the Austrian Grand Prix of 1969. An important win, as they were warned: “Ferdinand Piec told me and Seppi to do our best because Porsche’s fame was in the balance.”

But Seppi was an enigma, and some would disagree with Ahrens and Falk’s assessment of his measured mentality. “If there is a car in front, Seppi has to pass it,” John Wyer said.

Derek Bell told Alan Henry in A racing life, “Siffert was a head-down charging racing driver, always extremely competitive. Pedro was much more controlled than Jo. He drove purely by the seat of his pants and was a truly great racing driver for all that.”

Brian Redman, who raced more than most with Siffert, told Motor Sport: “If he had a fault as a racing driver it was that he only had one speed – flat out!”

Seppi’s driving style made for spectacular races that have since gone down in lore, not least forming the most famous, evocative, provocative image in sports car history. Eau Rouge, 1970.

Remarkably both Siffert and Rodriguez made it as far as Radillion and beyond, with Ickx in the Ferrari not far behind. A dazzled Jenks wrote: “It was a wonderful sight to see these three big powerful cars charging round the magnificent Spa-Francorchamps circuit, never more than a few feet apart, sometimes Rodriguez leading, sometimes Siffert leading and always with the red Ferrari right there with them.

“Both Porsches had their headlights blazing, clearing a path through the back-markers they were lapping. They certainly knew when they had gone by, and even drivers of quite fast cars were visibly impressed as the three leaders went by at close on 200mph down the Masta straight. The old Grand Prix lap record went by the board even while the circuit was drying out and the pace got faster and faster, with little to choose between the 917 Porsches and the 512S Ferrari.”

After four hours of hard racing Redman and Siffert were on the top step. 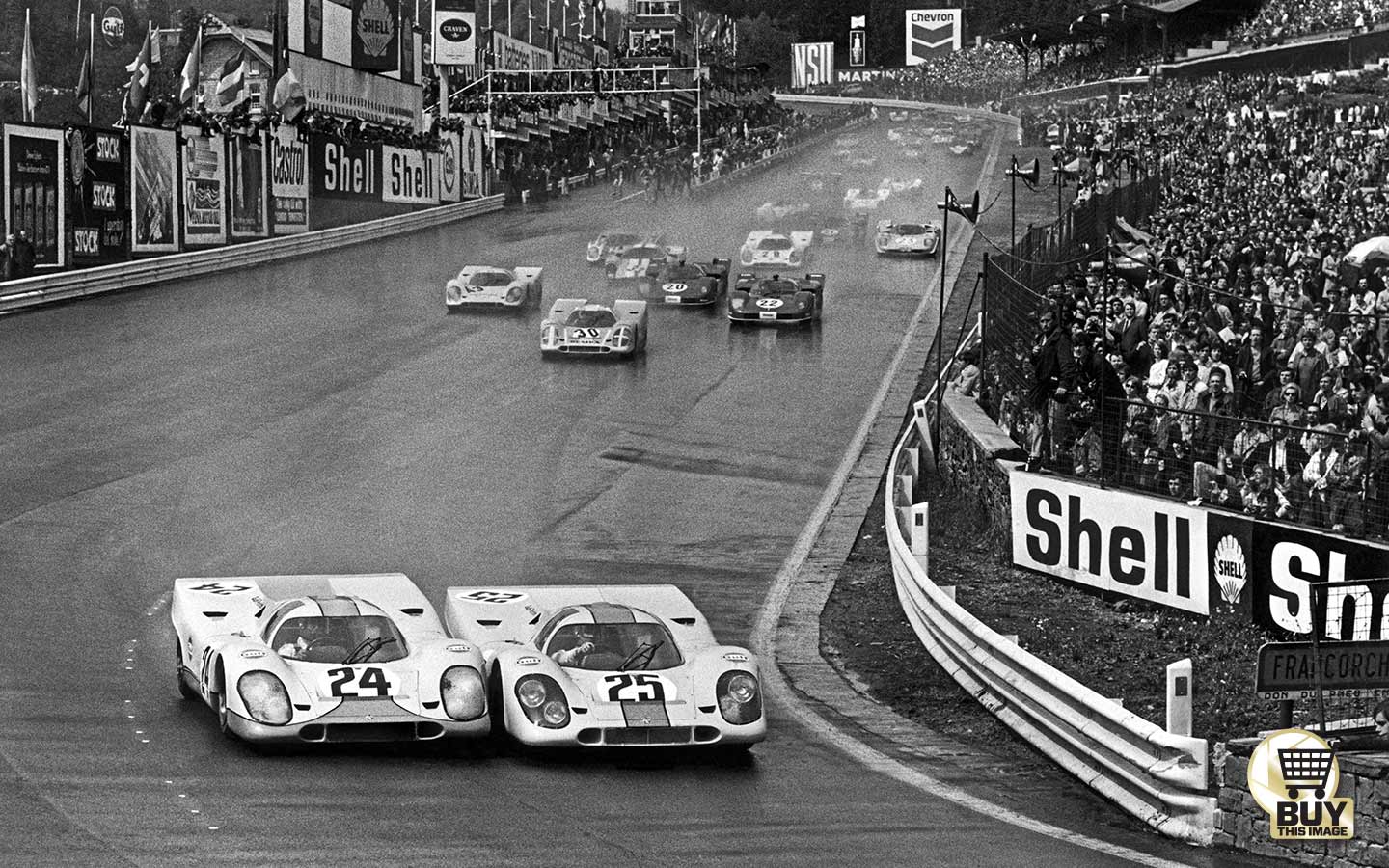 He could have been in the Ferrari that day had he accepted the Prancing Horse’s offer at the end of 1969. Instead he remained, and Porsche secured him a seat at March for 1970. And he was destined for just one more Grand Prix win.

In 1971, Seppi’s speed and unforgiving, unrelenting calendar caught up with him. The Brands Hatch Victory Race was his 46th of the year, and from pole he slipped back into the pack. Running fourth, he was a passenger as he crashed at Hawthorn’s bend.

BRM Tim Parnell team manager explained in October 1991, “He had a brush with Ronnie Peterson on the start-line. We think that clash broke the bracket that held the radius arm. It broke going into Hawthorn. You know, the thing was I had a lot of letters from fans afterwards, and one was from a spiritualist who said something broke behind Seppi’s left shoulder. And that’s exactly what did happen. It was spooky. He hit a bank, the car rolled over in flames and he died through lack of oxygen. His only injury was a fractured ankle.”

He was 35, and due to race alongside Mark Donohue at Penske in the monster 917/30 the following year. George Follmer filled the void and won a dominant title with twice as many points as his nearest rival.

It would have been Jo’s.