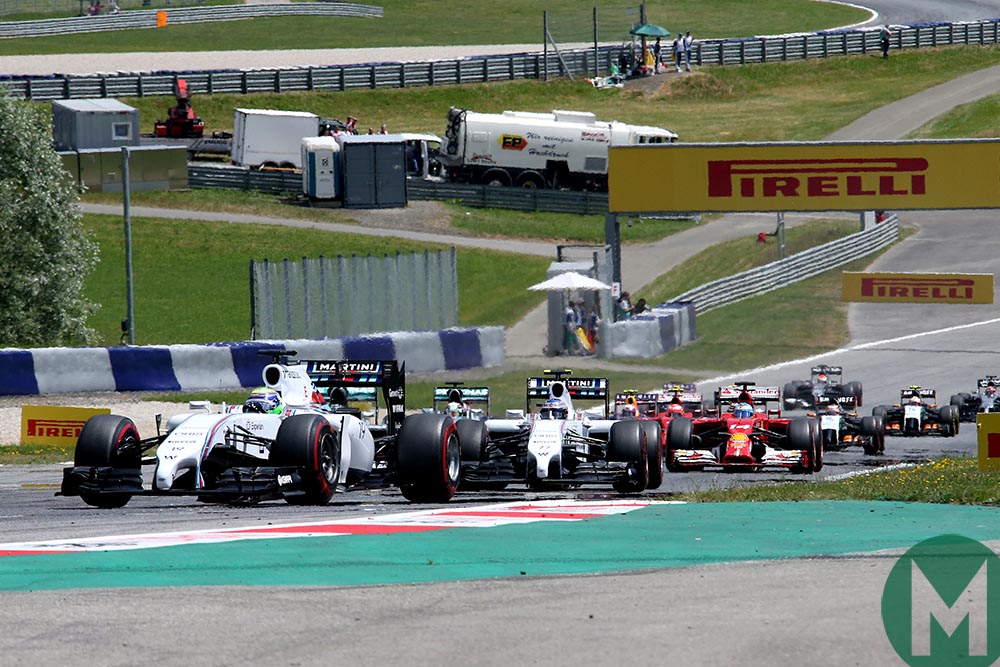 Reverse-grid qualifying races could have seen Williams back at the front Photo: Motorsport Images

Formula 1 has all but given up on plans to hold reverse grid qualifying races next season after hostility from drivers and opposition from some teams.

Ross Brawn, F1’s managing director of motorsports, said that two teams had withdrawn their support for the idea — designed to make Grand Prix races less predictable — after it was ridiculed by drivers earlier this year.

Qualifying races, with the grid lining up in reverse championship order, would have been trialled at three events next year, under the proposals tabled by the sport’s governing body.

“We were just asking to try the format… it’s frustrating that we’ve not been able to do that but that’s the classic problem with Formula 1.”

But the plan was torpedoed as “bullshit” by Sebastian Vettel during a Singapore Grand Prix press conference. Lewis Hamilton said: “People who propose that don’t really know what they’re talking about.”

Despite the driver opposition towards the concept, Formula 1 had counted on the support of all teams. However, at a meeting earlier this month in Paris to discuss the rules of the sport, the mood had changed.

“The current governance system means we need unanimity to carry any decisions through to next year,” Brawn told F1.com. “The teams initially said they would agree with it and then two teams put their hand up at the last meeting and said they wouldn’t agree with it.

“We wanted to try a small number of races in 2020, a different format where, on a Saturday, it was a reverse-grid format based on championship order and that short-format race would determine the grid order for the final race.

“I thought it was a fascinating contest. And the drivers were a little bit nervous, which I can understand, but we were just asking for the opportunity for three races to try the format.

“If it doesn’t work, we put our hands up; if it does work, great. If it’s something in between, we can work with [that] just to help us develop the format of racing, and it’s frustrating that we’ve not been able to do that but I think that’s – unfortunately – the classic problem with Formula 1.”

Brawn had previously said that next year was the ideal time to try new ideas, as the regulations are stable, ahead of rule changes in 2021.

Haas F1 team principal Guenther Steiner insisted that F1 would not have been bound by the changes and that any changes that didn’t work could have been reverted.

“Some people said they don’t like it. I know of one [team] maybe there was a second one that jumped on the bandwagon.

“We can try it but we need to new brave enough if it doesn’t work to get rid of it. We shouldn’t go and try it and be adamant we have to do it. If it doesn’t work, we need to be grown up enough to say, ‘ok it didn’t work, let’s go back to our old thing.”

“We could discover something that works. The world is moving a lot faster than 10 or 20 years ago. We need to be a bit more adaptive.”