The Chinese Grand Prix wasn’t the 1000th ever for F1; there were Indianapolis 500s with which it rarely had much in common 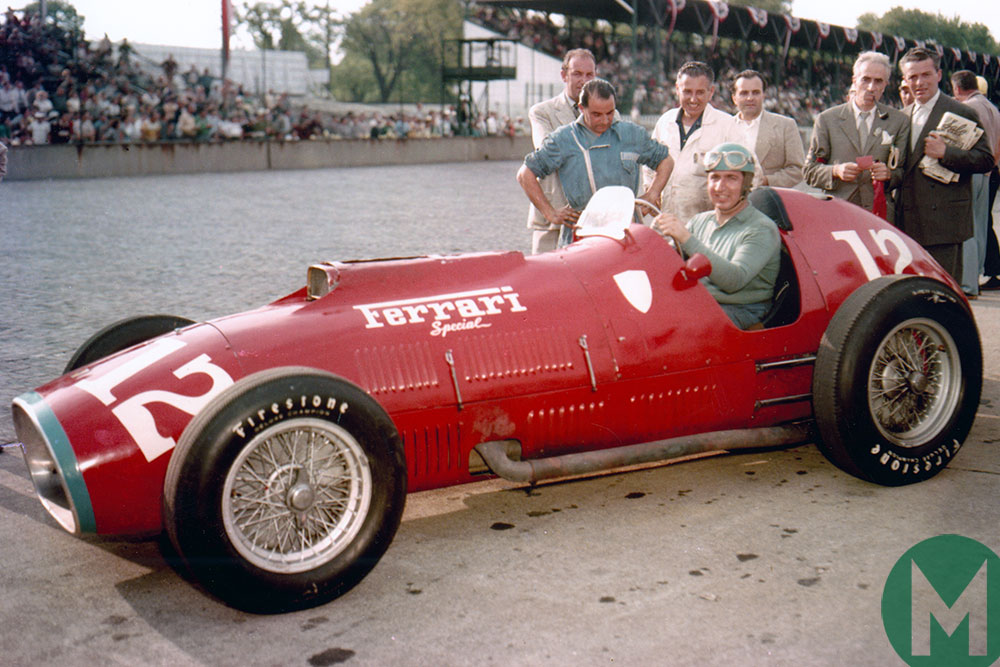 Bill Vukovich’s Formula 1 strike rate was striking: two wins – it would have been three but for broken steering in 1952 – one pole and three fastest laps from five starts.

He led 485 – some 72 per cent! – of the 676 laps he completed before becoming the World Championship’s first racing fatality.

Yet he never drove an F1 car in his shortened life. (Though he passed his rookie test of 1950 in Wilbur Shaw’s pre-war grand prix Maserati 8CTF.)

Last Sunday’s Chinese Grand Prix was celebrated rightly as the World Championship’s 1000th race since its launch at Silverstone on 13 May 1950.

It was not, however, the 1000th World Championship grand prix for F1.

This switch was caused by Alfa Romeo’s withdrawal from F1 after 1951 – its Alfettas suffering middle-aged spread – and BRM’s dropping the baton. The latter’s V16 was making all the right noises but not necessarily in the right order.

Facing the prospect of Ferrari domination from both directions race organisers chose the cheaper and more populous F2 route. In this way the fort was held as the sport regathered.

Alberto Ascari, whose front-running ease was rivalled only by Jim Clark’s (and Vukovich’s until that last fatal second), won 11 of those 15.

He did not, however, contest the first: the 1952 Swiss GP. He had absented himself to contest the world’s richest race, as would Clark from Monaco in 1965.

Unlike Clark, however, Ascari was also chasing points – for the Indianapolis 500 counted towards the World Championship, as it had since 1950 and would continue to do so until 1960.

So nor was last Sunday’s Chinese GP the 1000th World Championship GP.

America’s great race had been conceived as the 500-mile International Sweepstakes in 1911 and but for a damaging puncture its inaugural running might have been won by the GP Fiat of David Bruce-Brown.

More: ‘None would be as great as Bill Vukovich’

The next year Italian-American Ralph DePalma came within two laps and a broken piston of victory after a dominant performance in a GP Mercedes.

By 1913 representatives of the American Automobile Association had successfully wooed European participants and Peugeot’s Jules Goux took the spoils.

Domination by European GP machinery continued: Delage’s René Thomas (1914); the tweaked-by-Packard Mercedes of DePalma (1915); Italo-Brit Dario Resta’s Peugeot (1916 – when the race was a 300-miler); and Howdy Wilcox (1919) in a Peugeot prepped in America.

By the time DePalma set pole for the 1920 race in a French Ballot – the car that set a global template for straight-eight racing engines – Indy was ahead of the curve by being the first race for a 3-litre ‘International Formula’.

America was ahead of the curve, too: in 1921 San Francisco-born Jimmy Murphy won for Duesenberg the first GP held for these same regulations: the French GP at a rock-strewn Le Mans.

Although the racing continents would drift apart during the Roaring Twenties as Indy became increasingly specialised and easily big enough to stand on its own four turns, the 500 was included in European governing body AIACR’s World Championship for Manufacturers from 1925-’27. 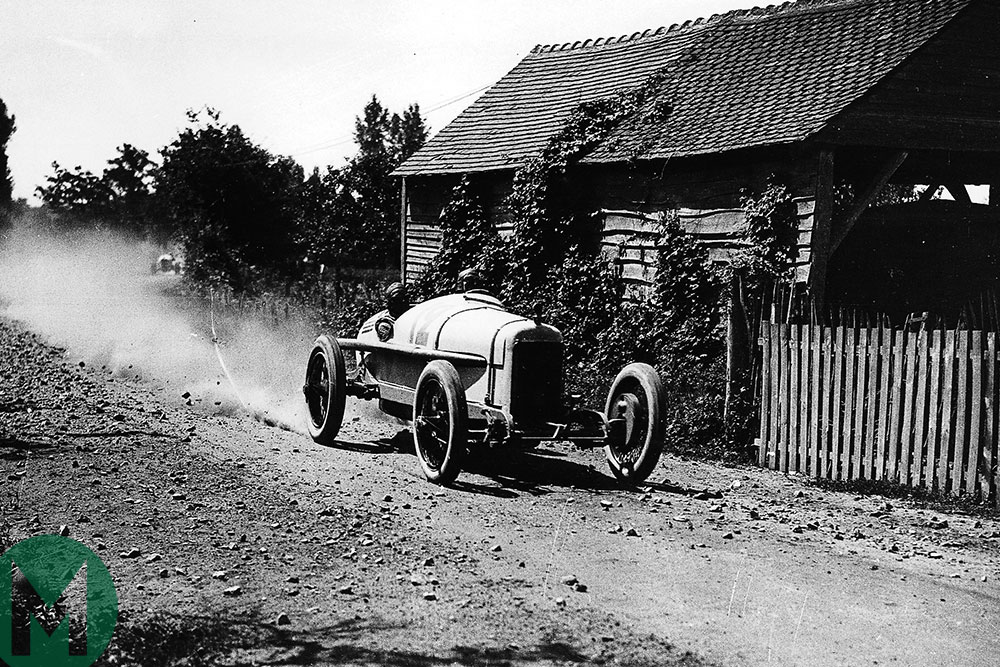 It also followed the European lead of supercharging after Mercedes introduced it to the Brickyard in 1923.

But there followed a backlash as new circuit boss Eddie Rickenbacker introduced in 1930 what would become known as the Junk Formula. Its ethos aped Europe’s Formule Libre era of 1928-’33.

Junk failed in its aim of attracting mainstream manufacturers but helped steer the 500 through the Great Depression.

By 1938 the US economy had recovered sufficiently for Indy to align with the new 3-litre supercharged/4.5-litre normally aspirated GP formula. Shaw’s Maserati won in 1939 and 1940, and would have made it a hat-trick but for a collapsed wire wheel.

Ascari’s 4.5-litre Ferrari 375 was – at least when it was shipped to the States – compliant on both sides of the Atlantic. Its V12 suffered from a lack of torque, however, and the Italian star did well to qualify 19th but would be an early retirement because of a collapsed wire wheel.

The continental drift continued when F1’s revival in 1954 meant the introduction of a 2.5-litre limit for normally aspirated engines and 750cc for forced induction.

There was some movement on engine capacity at Indy in response to Vukovich’s death and AAA’s backing away from motor sport in 1955 when new governing body USAC trimmed limits to 4.2 litres and 2.8 litres supercharged in 1957.

World champions of the 1950s Giuseppe Farina and Juan Fangio – the latter scratching his itch for the wailing Novi V8 – failed to make the starting 33.

Stirling Moss, much to his subsequent regret, ignored Indy altogether. (His father Alfred had been classified 16th in 1924.)

And Monza’s Race of Two Worlds from 1957-’58 served to emphasise the differences between these schools of thought rather than unify them.

Yet through tradition more than anything else the Indy 500 wasn’t dropped from the World Championship until the latter went 1.5-litre atmo in 1961.

Perversely that was when GP technology in the shape of Jack Brabham’s Cooper-Climax began the rear-engine revolution at the Brickyard.

It was also when an Intercontinental Formula – with American support – attempted to upstage an F1 considered too dainty. The series never left British shores and collapsed after a single season.

Fifty-eight years later F1 and the Indy 500 are still going strongly albeit separately.