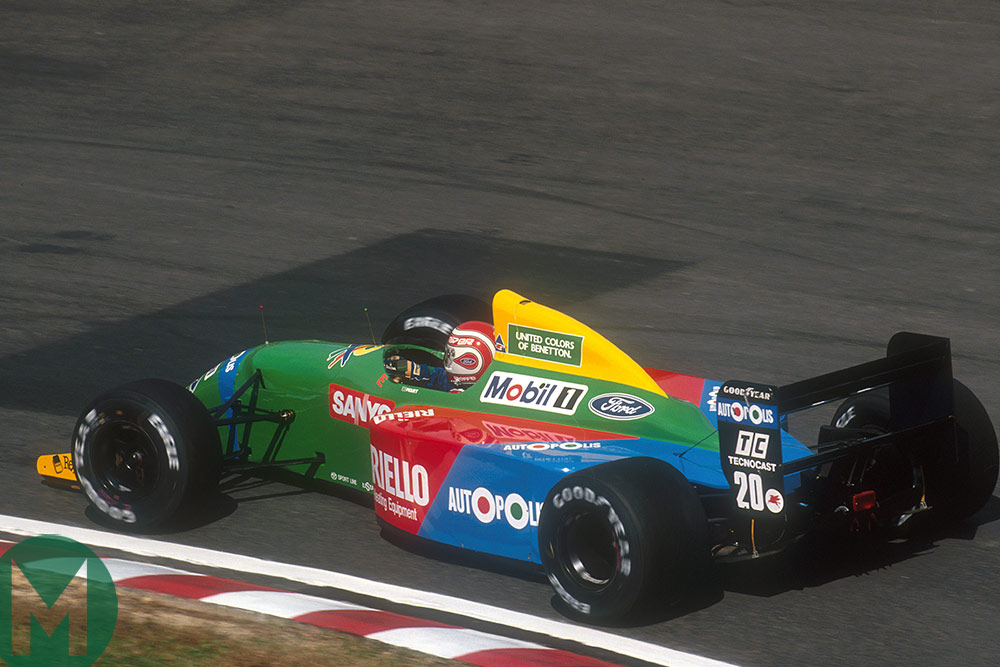 An impressive line-up of Formula 1 cars has been confirmed for this year’s Donington Historic Festival taking place at the Leicestershire circuit on May 3-5.

The cars will be on display throughout the three-day racing event for fans to observe up-close, and some will be taking to the track too.

Cars confirmed so far include Nelson Piquet’s Benetton B190 from the 1990 season during which the three-time champion won two races and finished third in the championship, in what was considered a renaissance year for the veteran.

There also will be a Toleman-Hart from 1984, the machine of Ayrton Senna’s freshman F1 year during which he rose to stardom by nearly winning a very wet Monaco Grand Prix and taking two more podium finishes at Brands Hatch and Estoril.

They will be joined by a 1991 Dallara BMS-F191, a Hesketh from 1977 as well as an extremely rare Honda R8 1082. This was the test mule for the new KERS systems developed ahead of the 2009 season and it is believed to be a one-off machine.

When Honda pulled out of F1 at the end of 2008 the car was passed to its successor team, 2009 champion Brawn GP, and then to its successor the current Mercedes squad, and the car at Donington will therefore run in the famous ‘Silver Arrows’ livery. More F1 cars are expected to be confirmed ahead of the festival.

Historic karting has long been a significant part of the Donington Historic Festival and this year the British Historic Kart Club will also have a big display at the festival near Redgate corner. As with the F1 cars this will be a combination of a static display with a series of demonstrations nearby. Some of the karts present competed in Donington’s karting grands prix in the 1980s and drivers who took part in these races are expected to attend the festival too.

Also continuing its regular presence at the festival will be Sporting Bears, which lets classic and supercar cars raise money for children’s charities. It celebrates its 30th anniversary this year and has raised £2.3 million to date for good causes. It once again will be offering at this year’s Donington festival visitor passenger rides around the local area in a variety of their classic and modern cars.

Festival visitors will be able to make a donation to benefit Loughborough’s Rainbows Hospice for Children and Young People in return for a 10-mile passenger ride. Some 25 cars are scheduled to be offering the ‘Dream Rides’, ranging from a classic Fiat 500 to an SS100 Jaguar, an Aston Martin Vantage, a Maserati GranCabrio Sport and a Ferrari 360 Spider.

In addition, the track’s infield and grand prix loop will play host to nearly 60 car clubs, ranging from the Abarth Owners Club to the Z Club, while there’s also a special parking area for non-club members to bring their pre-1990s cars.