With 550 entries across 15 grids, this weekend’s Rolex Monterey Motorsports Reunion at Laguna Seca (14-16 August) is one of the biggest historic racing festivals in the world.

In a tradition dating back to 1974, each August the spectacular 2.2-mile track in central California hosts North America’s stand-out festival at the culmination of the nearby Pebble Beach Concours’ d’Elegance. The events make California the centre of automotive and motor sport history for the Monterey Classic Car Week and Sir Jackie Stewart is a guest of honour this year along with US sports car racer, and now winemaker, Scott Pruett.

The 2015 edition celebrates the 50th anniversary of the Shelby GT350 Mustang with a race dedicated to the iconic Carroll Shelby take on the classic Mustang. A 40-car entry will make it a memorable spectacle.

The three-dimensional circuit was first built in 1957 when Pete Lovely won the inaugural race in a Ferrari. It is famed for the daunting Corkscrew section but also packs in a range of corners and the newly-named Andretti Hairpin.

The event organisers have selected 550 cars for 15 grids ranging from pre-war sports and touring cars to Group C/IMSA cars of the 1980s and Masters Historic F1. Each grid has two 20-minute races across the weekend. 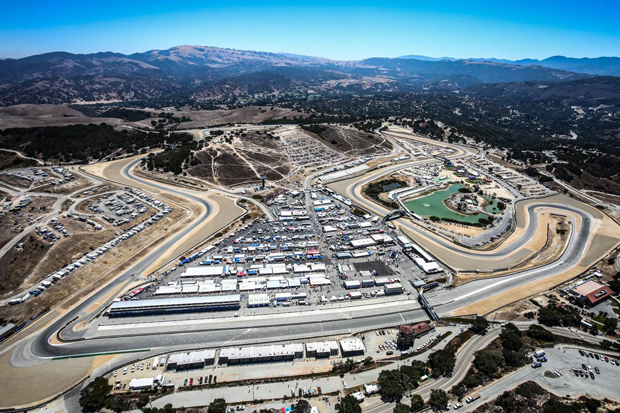 Formula 5000s are on the schedule for the first time and a magnificent field of more than 40 cars, including a contingent from New Zealand, shows just how strong the category has become once more. Rare marques represented are Matich, Talon, Begg, Crossle, Webster and McKee.

Star drivers in action include current Porsche factory racer Patrick Long in a 1975 Porsche 3-litre RSR, Derek Bell in a Maserati Birdcage and Marino Franchitti in a 1975 Gulf Mirage GR8 entered by Harley Cluxton. No less than 16 Chevrons join Franchitti in the field for cars from the FIA Manufacturers’ Championship. United Autosports will be there with six cars – a McLaren M26 for Rob Kauffman and five cars for Zak Brown and Richard Dean including a Williams FW07B and Lola T332.

Across the event are packed grids of cars from the US and Europe for an event that underlines the depth of quality in US historic racing. (Photos by Bob Heathcote). 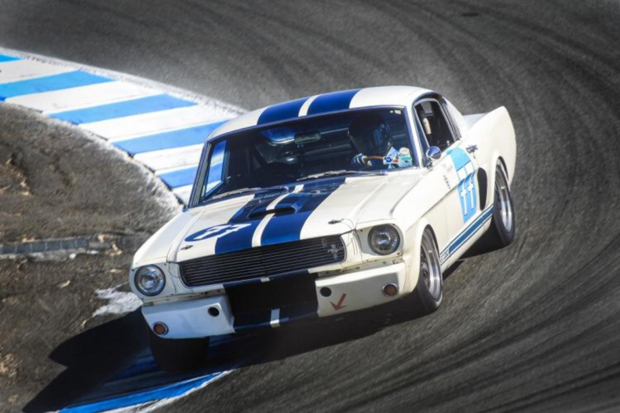