Lewis Hamilton may have topped Friday’s Formula 1 practice sessions in China, but the race simulations are much more evenly matched 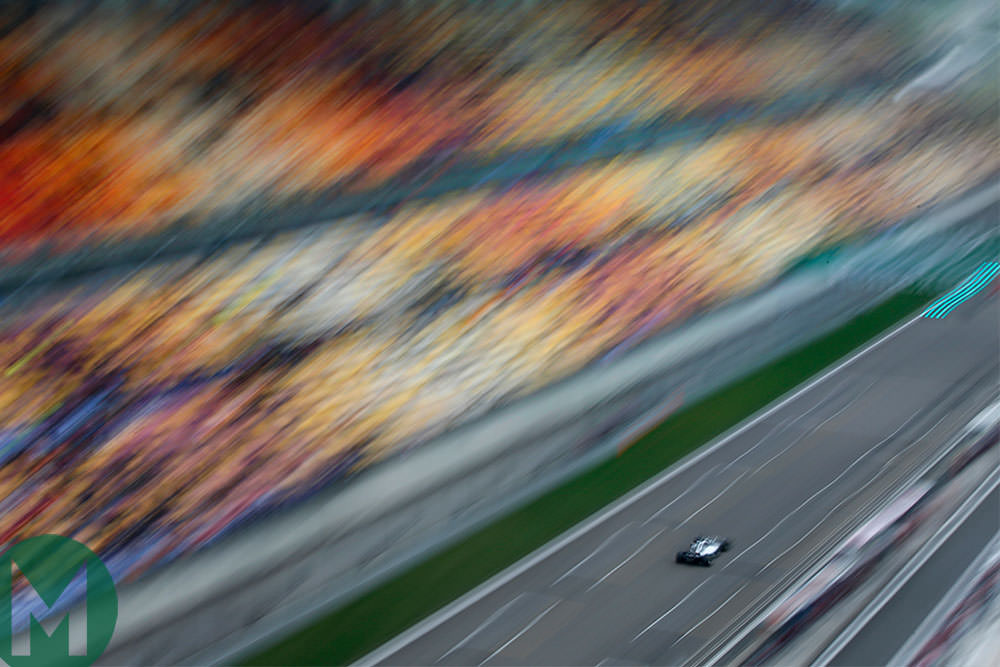 It’s cold and damp in Shanghai and likely to stay that way for the rest of the weekend. It might make for dull pictures but it could add immensely to the excitement of the race. The pattern from Friday’s second practice session, when teams do the race stint simulations in comparable trim, suggests that the contest is going to be close.

Lewis Hamilton’s Mercedes was outright fastest in both sessions in the low fuel qualifying simulations – from Kimi Räikkönen’s Ferrari both times – but in the race simulations it’s far from clear-cut, as can be seen in the averages below.


Around a track that is notoriously abrasive, this is set to be a two-stop race – a likelihood only increased by the first two-step separation of Pirelli compounds this year (the gap between ultra to soft misses out the super-soft). But so close is the performance of the three different compounds in these cool conditions that the ideal tyre strategy is far from clear.

Mercedes and Ferrari – and possibly Red Bull too – appear to have enough pace in hand to comfortably qualify on the soft in Q2 and thereby give themselves a decently long opening stint, enough to get clear of the midfield before the tyres wilt. Over a single qualifying lap there might normally be expected to be a gap of over 1sec between the ultra and the soft but around here it looks as if the ultra compound may be too soft for ultimate grip (even though it is decently durable), for its advantage over the soft appears to be no more than 0.5-0.7sec. Both the silver car and the red can comfortably surrender that margin in Q2 and still make the Q3 run-off, thereby getting to start the race on the more durable tyre.

The longer first stint of such a strategy would allow you to defer the decision of which of the other two compounds to switch to at the first stops, informed by the pace of others on the various tyres. More likely is that strategies will be split between teams – and also that actual strategy calls on the day will be determined by the game theory involved in the undercut threat. This could be a fascinating, multi-dimensional race.

Hamilton remains favourite for pole even though his margin over Räikkönen in FP2 was just seven-thousandths of a second. His form around this place is mighty and the difference between his qualifying simulations and his actual qualifying laps is often bigger than anyone else’s. But Ferrari appears to have the raw pace to run him close – and it would be a surprise if Vettel doesn’t do his usual and step up his performance from Friday to Saturday. He had the fastest average on the ultras – but only if the four laps he was stuck behind Nico Hülkenberg’s Renault is discounted, leaving just three representative laps. As such, the most impressive stint was that of Max Verstappen, who averaged just over a tenth slower than the Ferrari despite completing a much longer run of 10 laps. Team-mate Daniel Ricciardo was barely any slower. The closely-matched Mercs of Hamilton and Valtteri Bottas were a further tenth off, while Räikkönen didn’t get to complete an ultra race run after suffering a software glitch that kept him in the garage at the crucial time.

Verstappen was quickest of those who ran a stint on the softs, but it looks as if the medium may actually be a quicker race stint tyre, judging by the impressive averages of Vettel and Bottas on it.

Take your pick from Renault, Haas, McLaren, Toro Rosso and Force India for best of the rest. The action looks set to be intense throughout the field.