The Saudi Arabian Grand Prix will go ahead as planned today after a tense 48 hours, but on Friday night it really looked like the race was in jeopardy.

A nearby missile strike on an Aramco oil facility had led to a massive fire, and the thick black smoke could be clearly seen from the track as the blaze burned less than 10 miles away. It was one of multiple strikes by the Yemeni Houthi rebels that hit Saudi infrastructure on Friday, and was the second attack on the same location in a week.

The timing was clearly significant, and it brought home the reality of the war taking place between a Saudi-led coalition and the Houthis – one that has been ongoing for seven years. While Formula 1 bosses were reassured that the Jeddah Corniche Circuit itself was safe and that the race was not a target, that didn’t really address the issue. And that was where cracks started to appear.

After a lack of information following the attack that happened during FP1, the drivers spoke among themselves and raised concerns about continuing with the race. Once word of this reached F1, an emergency meeting was called and all drivers and team principals marched down the paddock to receive an update just before FP2 started, leading to its delay. 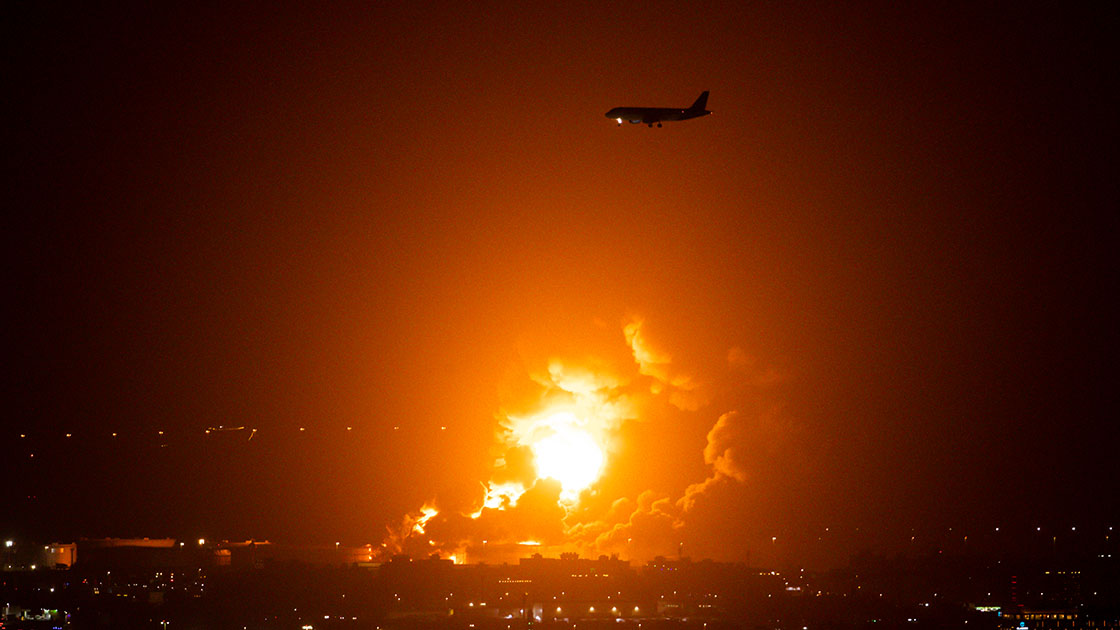 Given the timing, they were promised a further update post-session, and duly all arrived around an hour after running had ended. Some were still in their race suits having come straight from debriefs, and they received assurances that the venue was safe, leading to F1 CEO Stefano Domenicali and FIA president Mohammed Ben Sulayem walking out of the meeting to declare the race will go on.

The team principals, too, were unanimous in their acceptance to continue, and said as much. But the drivers weren’t being listened to properly.

After their usual driver briefing, they remained in the same room to discuss the matter as the Grand Prix Drivers’ Association (GPDA), and the clock soon ticked past midnight. By now, the teams and F1 bosses realised they had an issue on their hands.

“The drivers weren’t solely focused on the security, but the overall message being sent out by racing”

The drivers weren’t solely focused on the security of the event, but the overall message being sent out by racing in Saudi Arabia. Just two weeks after standing together to declare ‘No War’ in relation to Russia’s invasion of Ukraine, they were being asked to carry on as normal when a very clear symbol of the ongoing war in the Middle East was burning a matter of miles away.

F1 has always chased the biggest race-hosting fees, and they tend to come from venues that are so keen to put themselves on the global stage but have been struggling to do so. Government-backed races in the Middle East are extremely lucrative, and the line that defines an acceptable place to race keeps being pushed back that bit further with each bigger deal.

That’s not to say F1 can’t have a positive impact in Saudi, but the evidence of this weekend suggests the opposite is happening. The sport’s presence has led to eyes on the region that magnified a Houthi attack, that came amid an escalation of hostilities. Saudi responded with military action on Saturday – it’s hardly a message of peace that F1’s race has led to.

So with the drivers uniting in their stance not to race, why the change of heart?

In reality, most were aware that they were going to be racing. The weekend had already started, everything was in place and the level of security around the venue is greater than that at the Aramco facility (notwithstanding the fact the attacks target infrastructure, not civilian sites or events). But their concerns hadn’t been taken seriously enough in the first meetings, and the trend of having to race in places they don’t feel fully comfortable shows no sign of ending.

So the drivers took on a position of strength, with the meeting almost becoming a sit-in as it extended beyond four hours before they emerged, confirming they would race. But the grid also made clear they wanted discussions about F1 race venues moving forward, not just about Saudi Arabia.

“It’s definitely a challenging weekend, the track first of all and, obviously, (Friday) night went quite late and in most places you don’t need to have that discussion,” Valtteri Bottas said. “It’s a unique grand prix and, at least, Formula 1 promised us to reconsider all the events for the future, including this one, to make sure that we go to the right places, where they can guarantee 100 per cent our safety when we go there.” 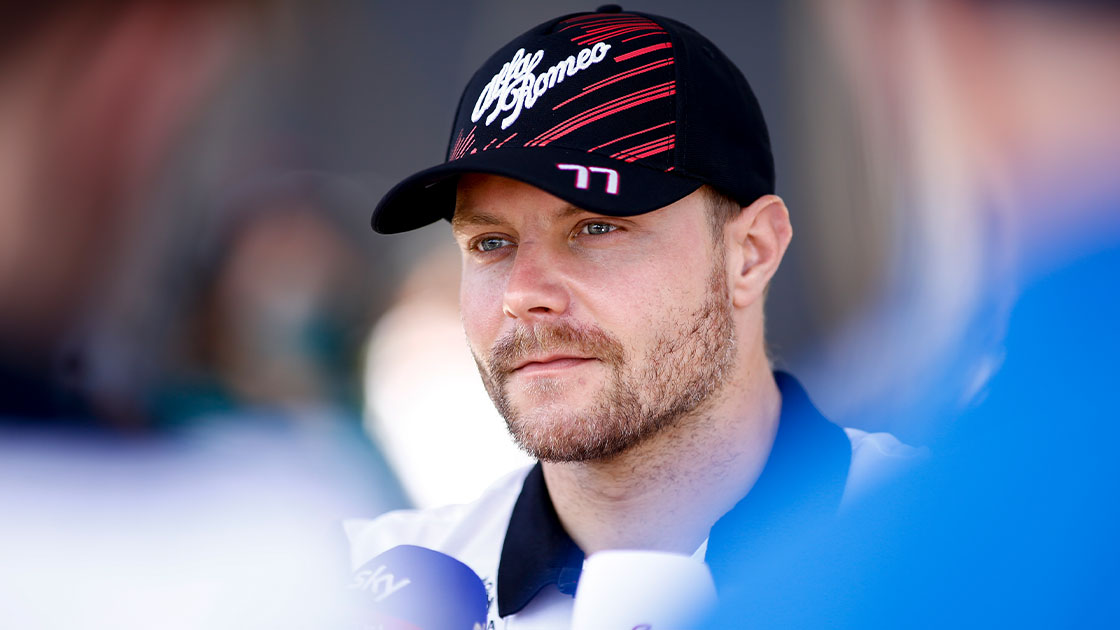 Bottas: we made the decision altogether

Against that backdrop, continuing racing was viewed as acceptable. A wider, bigger point had been made and the GPDA felt they will be in a position to discuss it further at a better time. Plus the topic of getting home was raised, but in the context of the logistics to pack-down the garages and get the team members out when already halfway through the weekend.

“We kind of made the decision all together, that was kind of made there, I’m fine with it,” Bottas added. “We drivers, we were all concerned if it’s safe for all of us to be here racing, we got decent explanation on things, and also we went through all the options like, ‘What if we don’t race?’ for example.

“Because the teams would still have to stayed here for a couple of days packing stuff, and it’s also not like we can create some new flights so that everyone can get home, so, we’re all already here, let’s finish the race. They’ve increased the security and their defence system, so everyone agreed we might as well do the race and hope for the best.”

Driver sources suggest that while there was a strong desire not to race, they ultimately agreed a focus on what they deem to be acceptable conditions to race under is required moving forward. And as Carlos Sainz added, just because the lights will go out on Sunday doesn’t mean the fallout from Friday’s extraordinary meeting is over.

“Obviously, we were considering all the possible scenarios, but in the end, as drivers, we all came together,” Sainz said. “You need to think that it’s 20 of us with 20 opinions, 20 considerations, 20 different people talking so it’s always going to take a long time. And in the end, we all concluded that probably the best way to move forward is to listen to the authorities here, trust them and there’s not much more that we can do. But everything was clear at the end. 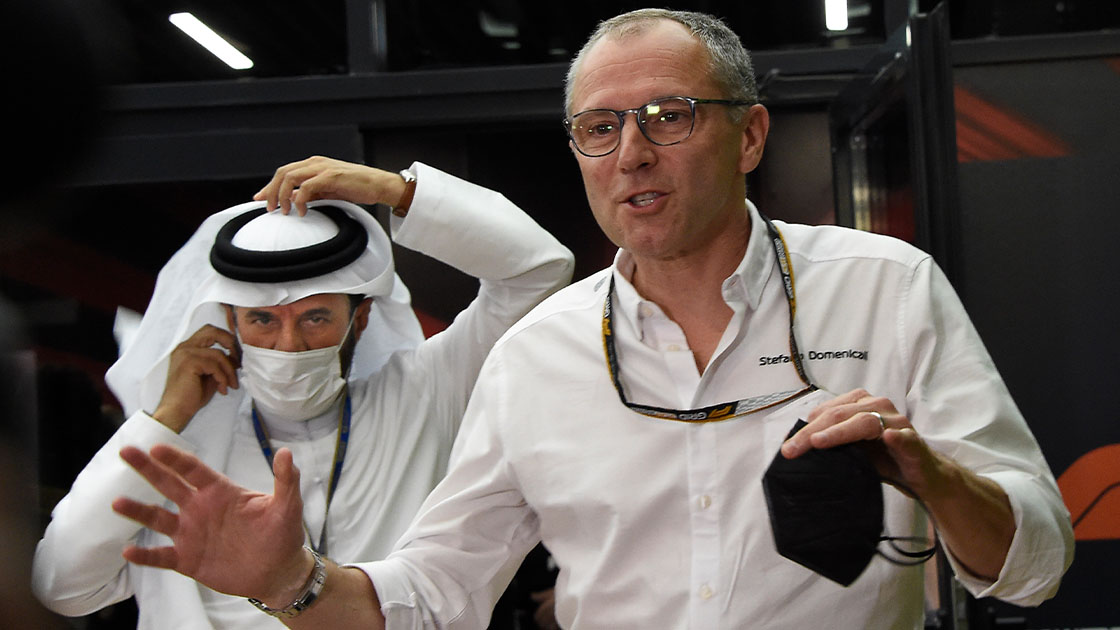 “I think there will need to be discussions after this race. Because clearly what has happened in the last 24 hours is definitely a point of discussion and considerations that we need to take going into the future.”

Future meetings might not be as dramatic, but could prove to be just as important when it comes to the shape of F1’s calendar, and the strength of a united GPDA.