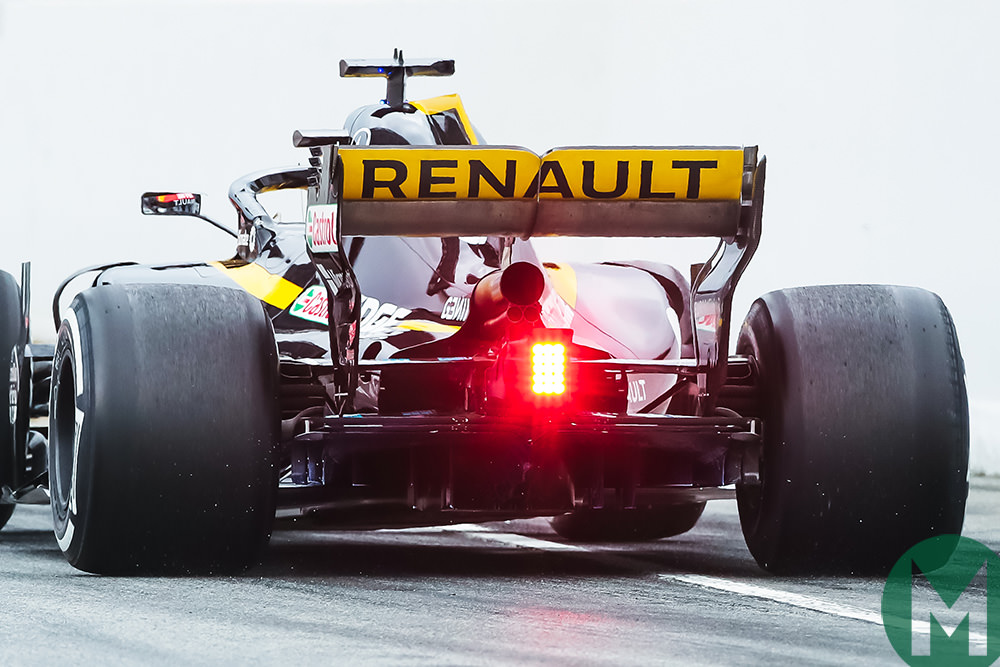 The Renault RS18 has created a lot of attention in Barcelona Formula 1 testing by way of its metallic covering on its rear wing underside and the associated upwards-pointing exhaust pipe. Yes, exhaust blowing is back in the headlines – but in reality it had never really gone away and is actually far less powerful this year than last.

Ever since exhaust-blown diffusers were effectively outlawed for the 2014 hybrid cars by the stipulation of a single exhaust outlet placed far enough back that it couldn’t blow the diffuser, teams instead have been looking at using that high-speed exhaust flow in a different way. Fast-moving heat hazes rising up towards the rear wing undersides have been a common sight in the hybrid era. It intrigued Adrian Newey so much that he attempted to get access to FOM footage so he could study in detail who was doing what. He was reportedly denied.

As a generality, teams have been looking at doing it for the last few years and Ferrari was very much in the vanguard of the technology last year and this was a significant part of why the SF70H had such a planted rear end that allowed Sebastian Vettel the confidence to extract huge entry speed from the car. Mercedes is believed to have been a little hesitant about blowing the wing so extensively, introducing it step-by-step as it established reliability – both from a mechanical point of view and in ensuring that the carbon fibre wing didn’t suffer thermally-induced failure. We are hearing it took until Brazil last year before Mercedes was confident enough to give its drivers access to the wing blowing all the time. It may well be that Lewis Hamilton’s infamous crash on his out-lap of qualifying there was related to him having got used, through the practice sessions, to having a lot of off-throttle rear grip – and he simply failed to allow for the car’s lower tyre pressures on the out-lap as he continued to revel in the new-found grip levels. 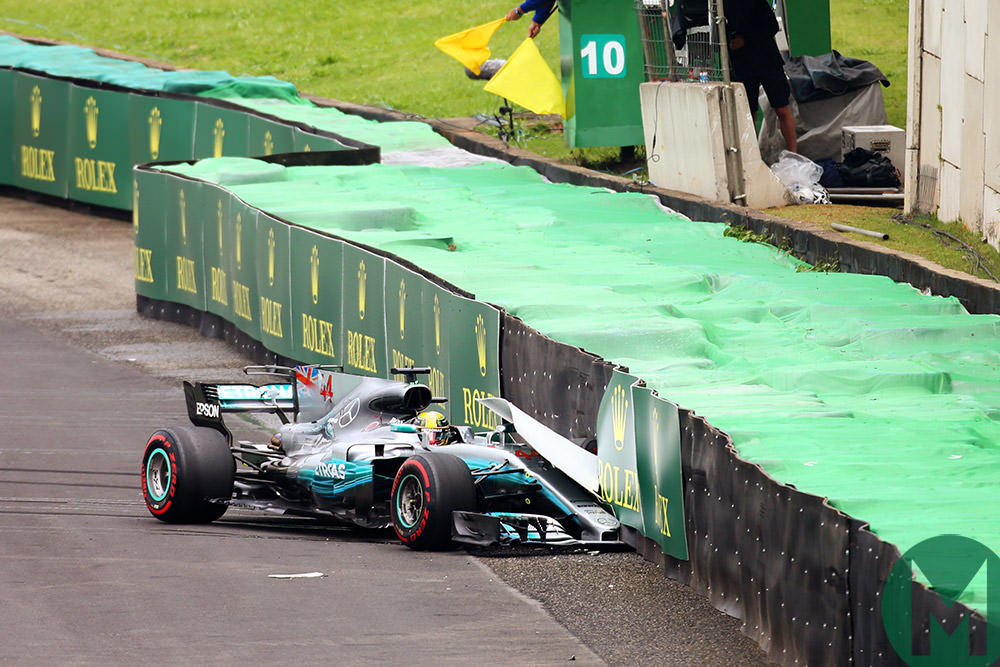 It does not give as powerful a boost as blowing the diffusers did and the engine software that allowed diffuser blowing is now also outlawed. But blowing the wing underside – increasing the speed of the airflow on the underside, giving a greater pressure differential with the wing’s top surface and therefore creating a greater downwards force upon the wing – was still worth some lap time. To create the effect within the rules in place since 2014 teams were using two existing pieces of hardware – the ERS-h and the ‘monkey seat’ winglet. The ERS-h is a motor sitting on the shaft between the turbine and compressor and can either be driven by the turbine or spooled up electrically when off-throttle. As the driver comes off the throttle going into a corner so the ERS-h can be electrically spun up, boosting the exhaust flow by keeping the turbine spinning. This exhaust flow would be pointed at the monkey seat, increasing the flow there until its wake was high enough to reach up to the underside of the main wing.

To restrict the effect of this, for 2018 the FIA drastically reduced the monkey seat’s dimensions and stipulated that the exhaust had to be even further back (235mm aft of the rear axle rather than 185mm). The winglet itself could be no further back than 200mm of the rear axle line rather than the previous 500mm. So without the monkey seat to help, teams are instead simply pointing the exhaust up to the maximum allowed 5-degrees and trying to blow it directly.

It gives a less powerful effect than did the previous monkey seat-assisted practice, but the greater heat on the wing from blowing it directly has made for Renault’s tell-tale metallic wing underside protection. The main story’s already happened. These are just the afters.