Formula 1 finally returns to Spa-Francorchamps after the summer break but in 1969, it was an altogether different story 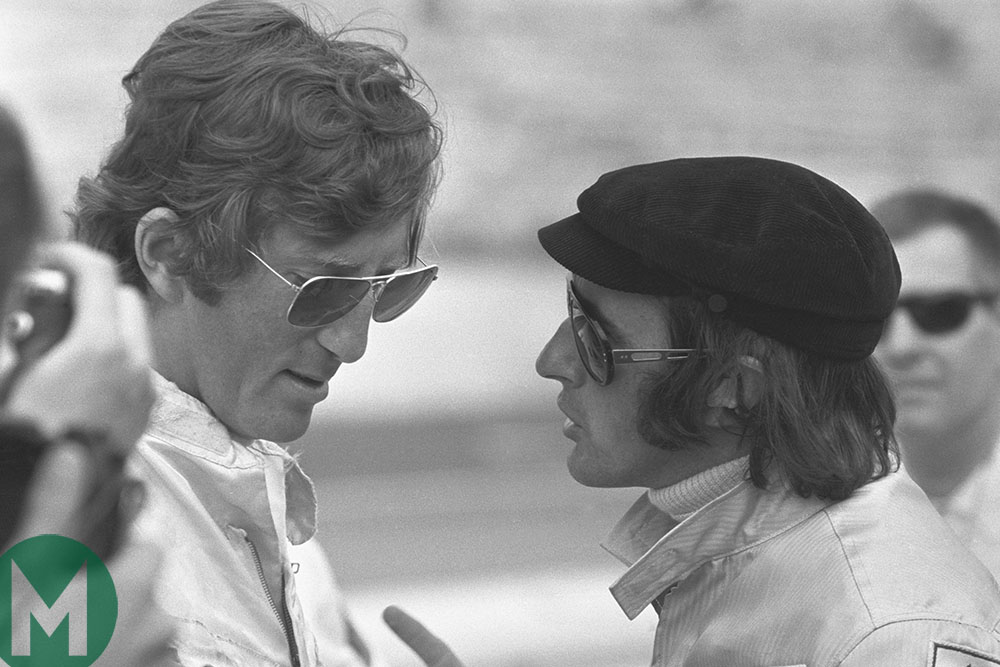 We’ve waited a month for a Belgian Grand Prix to come along.

Formula 1 fans of 50 years ago waited a whole lot longer – and in vain.

For when Spa-Francorchamps’ officials refused to implement alterations suggested, at what they considered to be too short a notice, by safety campaigner Jackie Stewart, an increasingly militant – though far from united – Grand Prix Drivers’ Association withdrew its labour.

The race, scheduled for 8 June, was cancelled.

His Continental Notes in the May 1969 edition read thusly: I have always thought that one of the enduring features of a Grand Prix driver was that he has GUTS and would accept a challenge that normal people like you and I would not be brave enough to face; now I am not sure.

He knew of what he wrote – and can in no way be considered normal – having dangled from Eric Oliver’s 1949 world championship-winning sidecar and impassively signalled pace notes, via ‘the bog roll’, to a victorious Stirling Moss throughout the 1955 Mille Miglia.

I fail to see what speed or danger has to do with Ken Tyrrell. If he managed Stewart’s racing from the passenger seat I would take note of what he said.

To suggest that Stewart lacked guts, however, was a journalistic stretch.

The Scot’s relationship with this super-fast circuit included the Damascene accident of 1966 – no warm-up lap, a cloudburst, no yellow flags – that broke collarbone and ribs and snapped him from naïve reverie.

The following year, now strapped tightly into a cockpit, to which he had taped a spanner for the emergency removal of the steering wheel, he finished second – despite having to one-hand through bends while holding the gear lever in mesh with the other.

And the year after that, he would have won but for another gallon of fuel – despite the fact that his broken right wrist was laced tightly into a plastic splint.

F1 was in transition: benchmark Jim Clark had been killed; aerodynamics was exerting its grip – though those flimsy skyscraper wings were very soon to be banned, and commercial sponsorship was becoming more overt.

Stewart, hair and sideburns lengthening, was emblematic of the new era. Jenkinson, beard not yet shaved – his forfeit in a bet that Jochen Rindt would never win a world championship GP – was less keen to move with the times.

‘Jenks’ would admit in print that Stewart the driver was the new benchmark. And JYS, in turn, was respectful of Jenks’ thorough and influential reportage. (He was less impressed when the beard bobbed from a ditch at the apex or exit of a fast sweeper!)

But theirs was a rocky relationship.

Jenkinson accused Stewart, president of the GPDA, of ‘milk-and-water thinking’. But Stewart refused steadfastly to shut up and go away – and used his increasing clout and natural smarts to get his way.

The Letters from Readers of the June 1969 edition was indicative of this divisive issue.

LS Coleman wrote: … the current aces are so overpaid that any obstacle placed in the path of future earning power has got to be removed – as you say, they will disappear up their own exhaust pipes ultimately.

RN Tooze wrote: Now we seem to have a soft lot of Union men interested purely in money. The poetry, adventure and sheer joi de vivre of motoring seems to have disappeared and we are left with sourness and strife.

Missives criticising Jenkinson’s stance were also published, but Editor Bill Boddy had the final say: There is a difference between being foolhardy and taking precautions, which is why present-day GP drivers dress up in fireproof panties… But when it comes to not driving at all, which is DSJ’s allegation against the GPDA drivers, the thing amounts to a lack of ‘guts’… 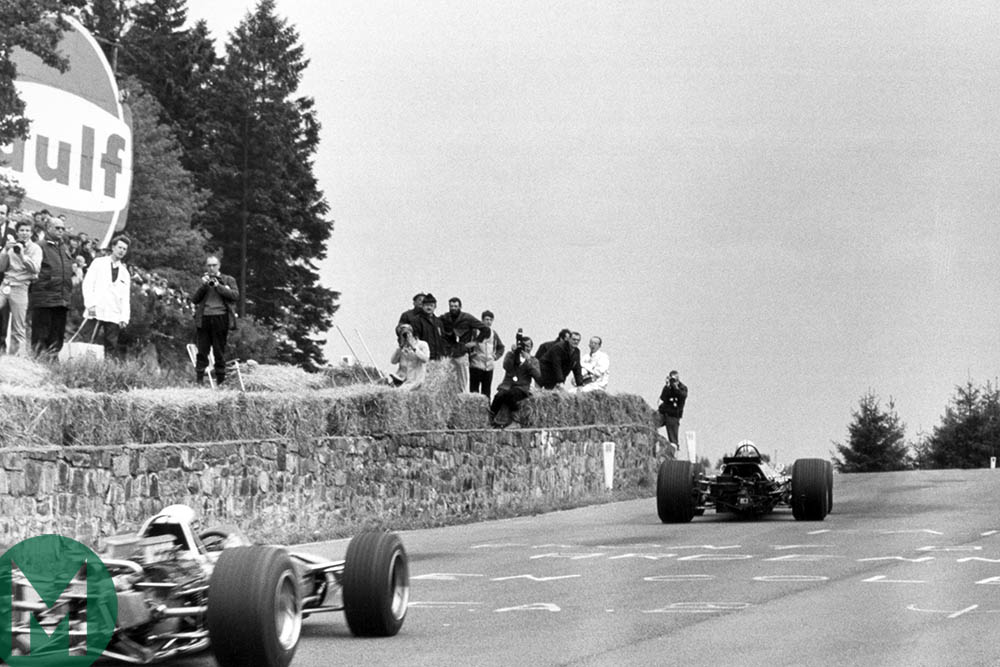 It’s obvious to all now that Stewart won this war – not that he would sink to such terminology – but he had had no guarantee of success by June 1969.

That he was not on every racing driver’s Christmas card list – the devil-may-care attitude of Jacky Ickx and Pedro Rodríguez was beyond his ken – did not dissuade him, but it did make it awkward for him on occasion.

Jenkinson, for instance, was undeniably right when he pointed out that several GP drivers – including original GPDA president Jo Bonnier – had contested the Spa 1000km in May, in sportscars boasting a higher top speed than their F1 cousins.

Stewart realised that his members needed to be seen to be helping each other before he could expect outside agencies to fall into line. But his push for the mandatory wearing of fire suits and six-point harnesses, etc, did not meet with universal approval.

Had his great friend Rindt not baulked at wearing chafing crotch straps, he might have survived his practice accident at Monza in 1970.

He and Stewart had started from the front row of the Belgian GP’s return to Spa-Francorchamps that season. A 50-60mph chicane had been inserted at Malmédy, but the cars were as fast as ever through the subsequent Masta Kink, scene of Stewart’s 1966 rescue, by fellow drivers Graham Hill and Bob Bondurant, from a BRM monocoque bent like a banana and brimming with escaping fuel.

Jenkinson considered this temporary structure’s placement an anomaly and ‘didn’t know whether to laugh or cry’ when ‘the pious little Scot’ attempted to explain it.

Nor did he have much time for Ken Tyrrell’s assertion that Spa-Francorchamps was too fast and too dangerous and would be finished in two years’ time.

He wrote: I fail to see what speed or danger has to do with Ken Tyrrell, who does all his operating from the pits. If he managed Stewart’s racing from the passenger seat I would take note of what he said.

Tyrrell, however, was pretty much on the money: that race, won for BRM by an inspired Rodríguez, would be the old 8.8-mile road circuit’s final F1 hurrah.

Sportscars would continue to circulate it until 1975, and saloons did so until 1978.

But not until 1983 would perhaps the best, most sympathetic compromise in motorsport’s history – the new-look Spa – see the re-consecration of hallowed F1 ground.

Jenks would probably grumble about Eau Rouge now being ‘easy flat’ – I haven’t asked, but JYS might quibble about that state of affairs, too – but I am reasonably sure that this pair of racer’s racers would agree that this is modern F1’s finest, most fitting, venue.