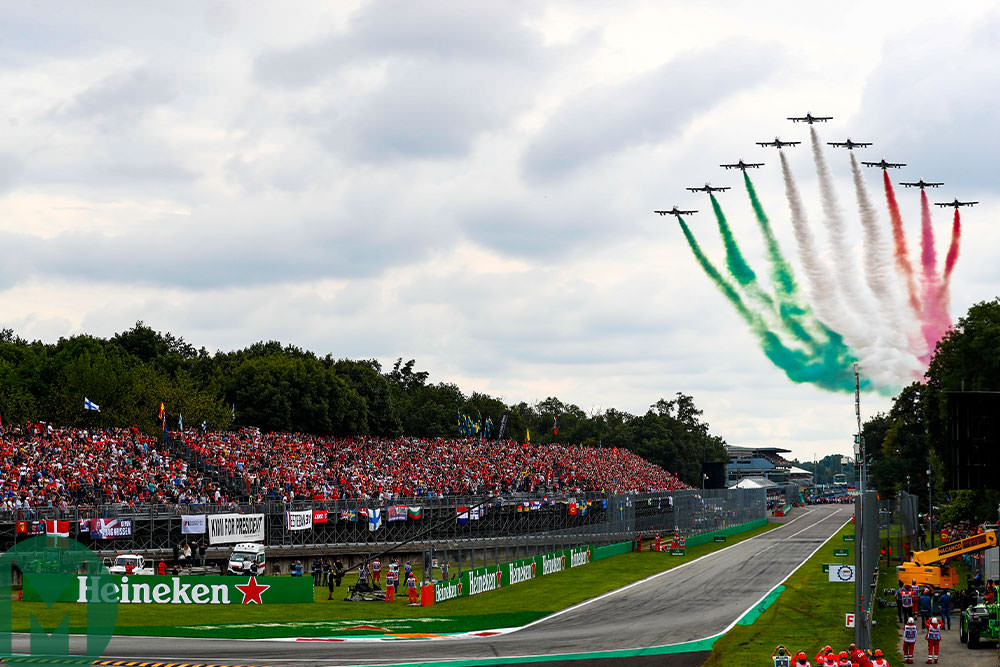 The Italian Formula 1 Grand Prix will stay on the F1 calendar until at least 2024 as a five-year deal has been agreed between the Automobile Club of Italy and Formula One Management.

The deal comes before Monza hosts the 70th Italian GP on the weekend of September 6-8.

“A general agreement has been reached between ACI and @ F1 on the economic aspects of the collaboration contract for the F1 GP at Monza until 2024,” tweeted ACI president President Angel Sticchi Damiani.

The deal has, however, not been signed yet as the ACI will continue to negotiate with F1.

Contrary to reports on Tuesday, Silverstone has not extended its deal with F1 to host races past 2019.

“Following this statement, at this time Silverstone has no contract agreed with regards to the future of the British Grand Prix,” tweeted Silverstone today. “We are able to confirm that talks are still progressing.

“There is no immediate news circulating this morning regarding the agreement of a new deal for the British Grand Prix at Silverstone. At this time we can confirm that we have agreed to contract however talks are still progressing.”

Motor Sport‘s grand prix editor says that a deal will be confirmed soon, likely to be a three-year extension.