If there were celebrations going on behind the doors of F1’s London headquarters on Friday, they wouldn’t just have been toasting the record-breaking 23-race calendar confirmed for 2022.

Much more significant to the series’ future was news that DAZN, a streaming platform that already shows Formula 1 in Spain and Japan, is looking to buy more F1 rights.

Amazon and Netflix have also shown an interest alongside existing broadcasters like Sky, raising the prospect of a costly bidding war that will fill F1’s coffers.

“In Europe, what matters most in most territories are football rights, but motor sports are also very popular,” said DAZN chairman Kevin Mayer, in comments reported by The Times. “We go after top-tier rights that engage local audiences.

“You’ll find us competitively bidding for those rights in most instances in most major markets, you’ll see us operating in the key markets of Europe at a high level. We have Formula 1 in Spain and MotoGP in several markets. I think you’re going to find us going after them.”

It’s the stuff of dreams for F1’s commercial rights holders Liberty Media, who need only look to the Premier League to see just what bounty could be on offer.

When BT Sport entered the football bidding fray with Sky in 2012, the next four years of broadcasting rights sold for £3bn: a 71% increase from the previous agreement. Come 2015 and that figure leapt to £5.1bn.

No wonder that Liberty has been salivating over this scenario for some time.”The more broadcasters you have bidding, the more there is a sense of urgency, the more you can play the one against the other,” said Liberty CEO Greg Maffei, last year

“Longer term one of the best upsides in the business is the entry of new, larger digital players who may bid for the sport, and that’s only a positive for us.”

British F1 broadcast rights have been contested for decades between local players but the battle is now going global. The BBC lost its F1 deal to ITV in 1997 before winning it back in 2009, when the cost to show live races was estimated at £40m per year. By 2019, Sky’s new six-year agreement was reported to be worth around £1bn: £167m per season. 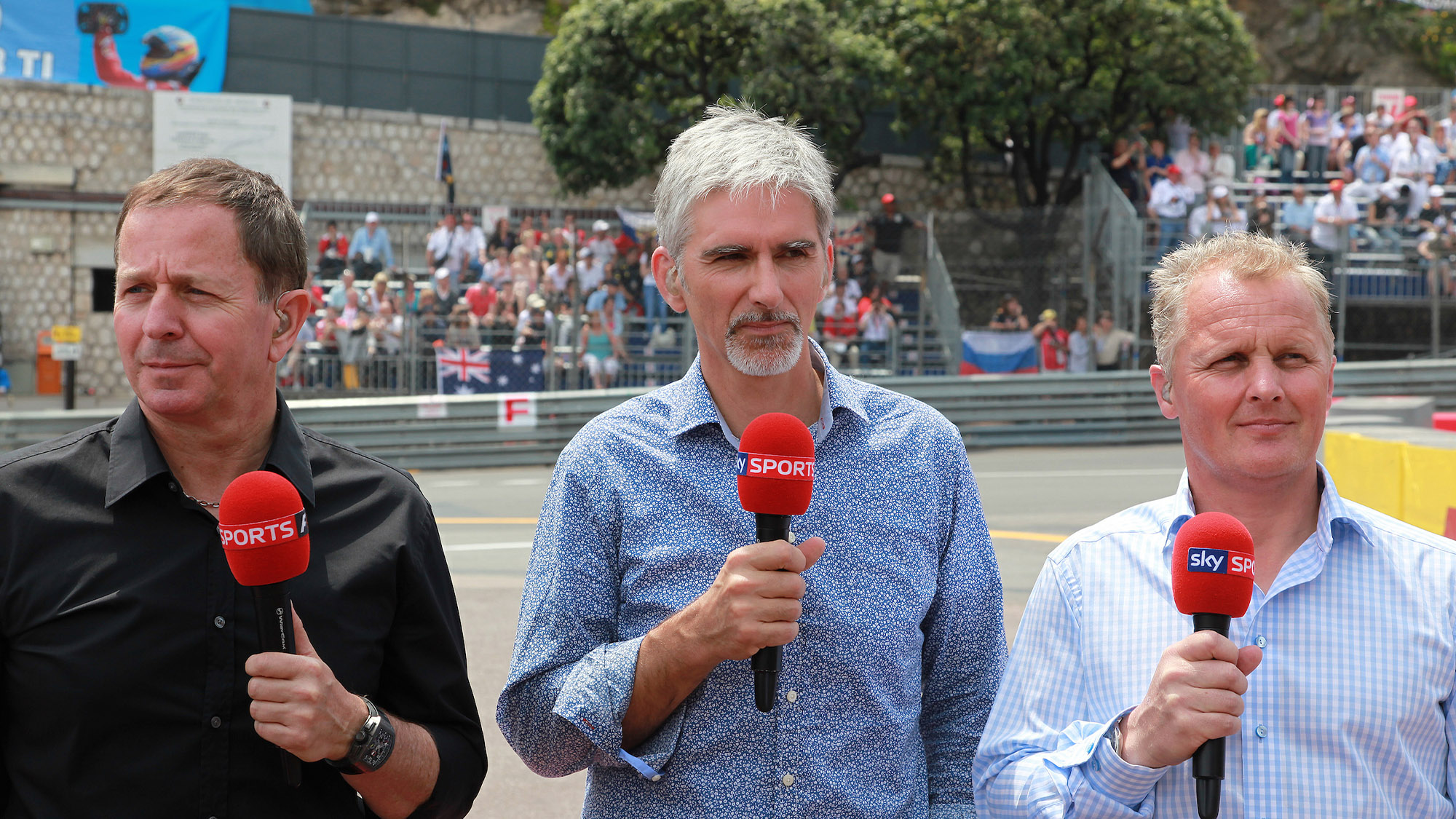 Liberty spoke of “untapped opportunities” when it bought the F1 rights from Bernie Ecclestone in a £6.4bn deal in 2017. Its focus on tapping those possibilities and increasing revenues hasn’t always been popular, but the interest in broadcast rights shows that it has been successful.

TV audiences have held up through the pandemic and F1 has been making huge gains online, thanks to its personality-led snippets from races, such as funny radio messages; and rapidly served up highlights.

It recorded 4.9bn video views on its app, website and social media channels in 2020 — up by 46% on the previous year, and had 35m followers by the end of last year.

Some of the biggest gains have been in China, and among a younger audience, which has been helped by the success of the Netflix Drive to Survive series.

With this comes new ideas, such as shorter sprint races which require less commitment for viewers, as well as offering new sponsorship opportunities and improving race weekends for attending spectators.

It has all made the sport more accessible, particularly to young fans, essential to racing’s future. And sponsors are pleased at the larger, broader audience. 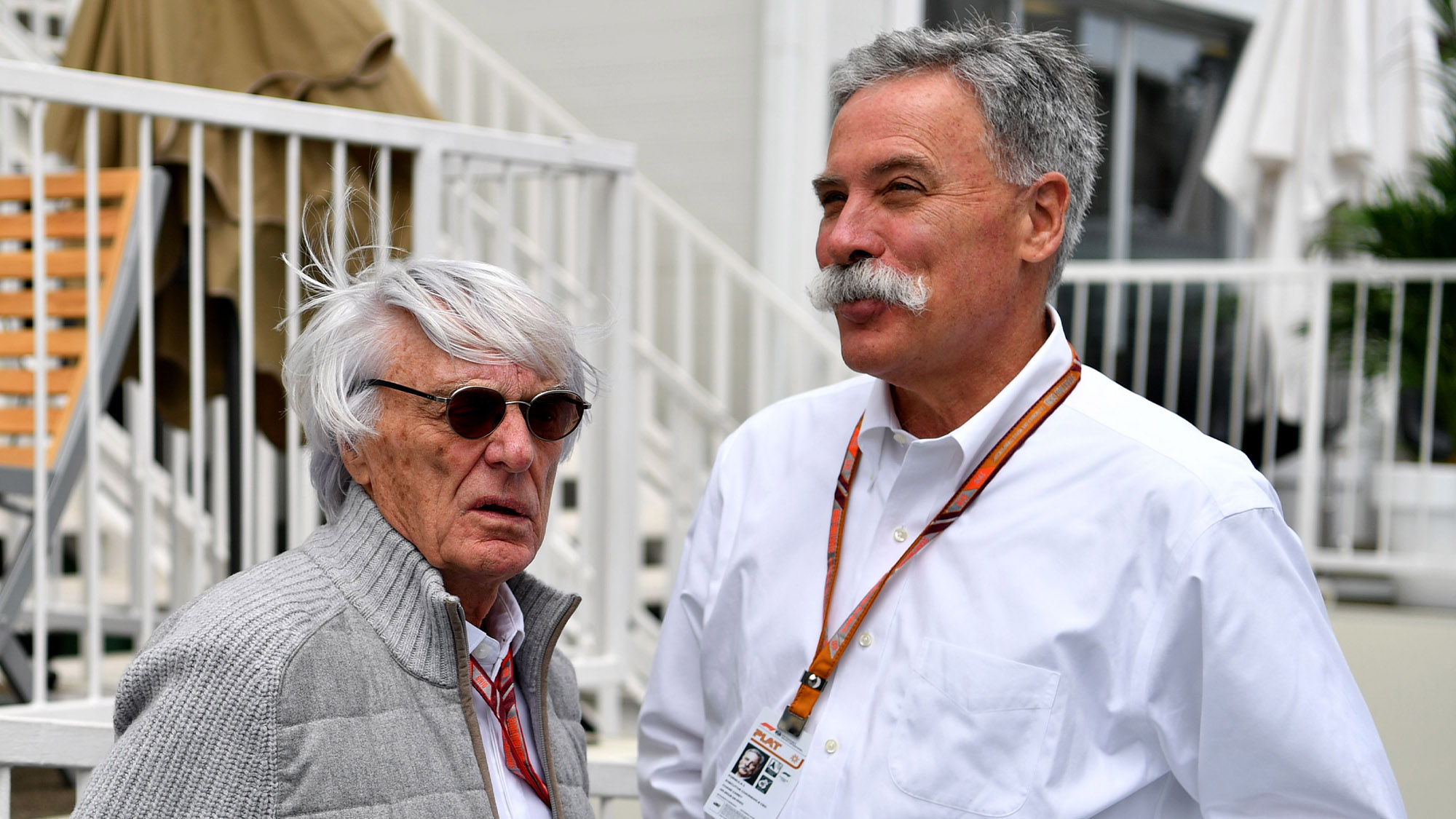 “You see what Netflix has done for Formula 1,” says Christoph Grainger-Herr, CEO of the IWC watch company, which sponsors Mercedes. “You see how the average age of fans has gone down. You see how Mercedes has gone from 3.3m to 7.5m Instagram followers.

“They’ve all watched Drive to Survive through the pandemic. That storytelling approach is so important, not just linear TV people talking lap after lap after lap.”

There’s much more commercialisation to come. DAZN’s plan to recoup its broadcast rights fees includes an expansion into online betting as well as charging subscriptions.

F1’s commercial partnerships also continue with a £195-per bottle F1 perfume collection; silver Asprey ornaments, including an 18cm car for £16,000; and 8in plastic driver statues costing £110.

Sprint races brought in a new opportunity for sponsorship

The arrival of private equity — in the form of Dorilton Capital buying Williams — will only reinforce the shift. These investors come with a simple goal: to sell the team for (much) more than they bought it for, which will influence how they vote on F1’s future.

And with money pouring in from bigger broadcast deals and more sponsorship, F1’s new Concorde Agreement, which brings a franchise-type model to the teams, looks set to ensure that their value does grow, bringing them to the attention of even more investors.

It may be light years away from the sport you fell in love with but there’s no point shouting into the wind. F1’s commercial rights have been sold on and the owners are set on a return on their investment. 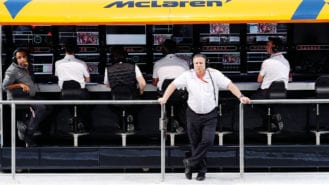 The question is how much of that money will be used to secure the foundations of the sport: the bit that’s left when you strip away the sparkling wine sponsor; cryptocurrency truck; and paddock hospitality — the greatest drivers in the world racing wheel to wheel on legendary circuits.

The cost cap, 2022 regulations to promote closer racing, and its efforts to increase diversity, show that it can be done. But what next?

What will F1 do to back grassroots sport, to give talents a genuine chance, whether they hail from Armenia, Zambia, or any of the nations in between?

Will its plans to “explore ways to make karting more affordable” match its global ambitions to rake in broadcast cash from every corner of the world?

And will the series resist a return to Bernie Ecclestone’s cost escalator that ramped up the price of hosting grands prix?

The calendar is approaching its maximum limit of 25 races per season with increased interest in hosting them. While Imola and Zandvoort have made welcome returns, there has also been an expansion of big-paying Middle-Eastern races, with Saudi Arabia and Qatar signing long-term agreements.

There are more races in the US mooted, and growth possibilities in Asia and Africa — both deserving of greater representation, which makes the circuits paying least for hosting rights look vulnerable in F1’s commercial age.

What F1 will look like in five years is anyone’s guess. Radical change has only just started.