Early Mexican grands prix were a popular fixture on the F1 calendar…. that was until 1970 when a 200,000-strong crowd proved beyond control 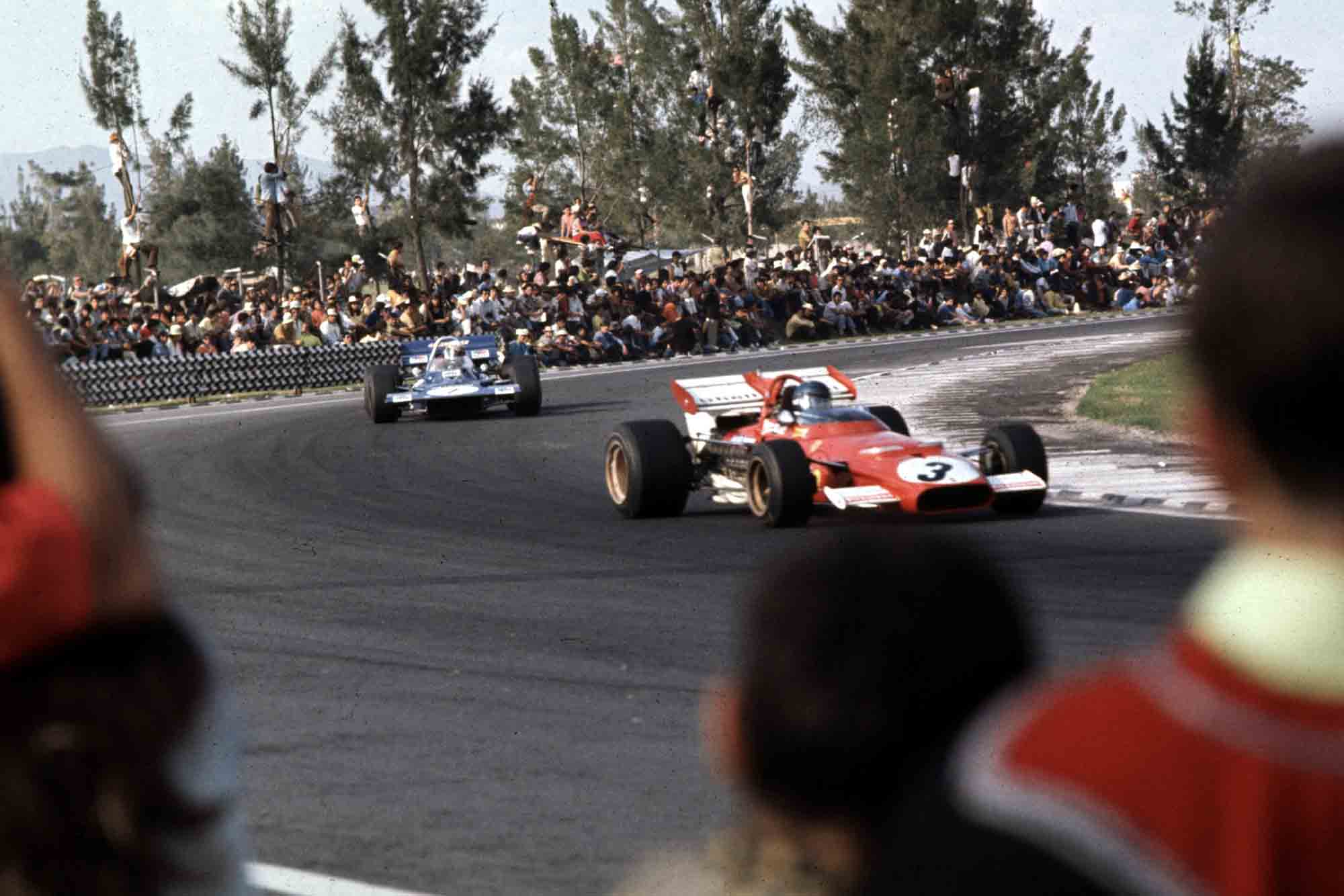 The Formula 1 Mexican Grand Prix has a more extended history than you might think. It’s now in its third stint on the calendar, and all races have been at the same Magdalena Mixhuca park venue in Mexico City. It’s even had only fairly limited track layout revisions along the way.

Mexico made its bow in 1963 – or 1962 if you include a non-championship race – in a then-rare F1 venture outside Western Europe. Quickly it became as a popular season-ending event. That was until 1970.

It was already a tumultuous F1 season, most associated with Jochen Rindt’s unique posthumous drivers’ title which was confirmed in the previous round. And come Mexico’s race day it was clear that there would not be a happy downbeat finale either. Because, as that year’s Autocourse put it, this race was “lined with human guard rails”.

Andrew Marriott took up the story in his Motor Sport magazine report. “The event had really caught the imagination of Mexico City and with a population of eight million close at hand a good crowd was expected,” he explained. “But the organising committee never envisaged that over 200,000 people would pack into the Autodromo.”

And the fevered enthusiasm had a jeopardous manifestation. “Every Mexican wanted to get a better view than his neighbour and that meant watching from the roadside,” Marriott continued.

“Thousands disregarded the restrictions of the spectator areas as they smashed down fences and crowded onto the safety banks. Some of the braver ones even took up positions sitting on the Armco barrier.”

Some spectators had ventured on the wrong side of safety fences in the two previous Mexico races as well, but on nothing like this scale. 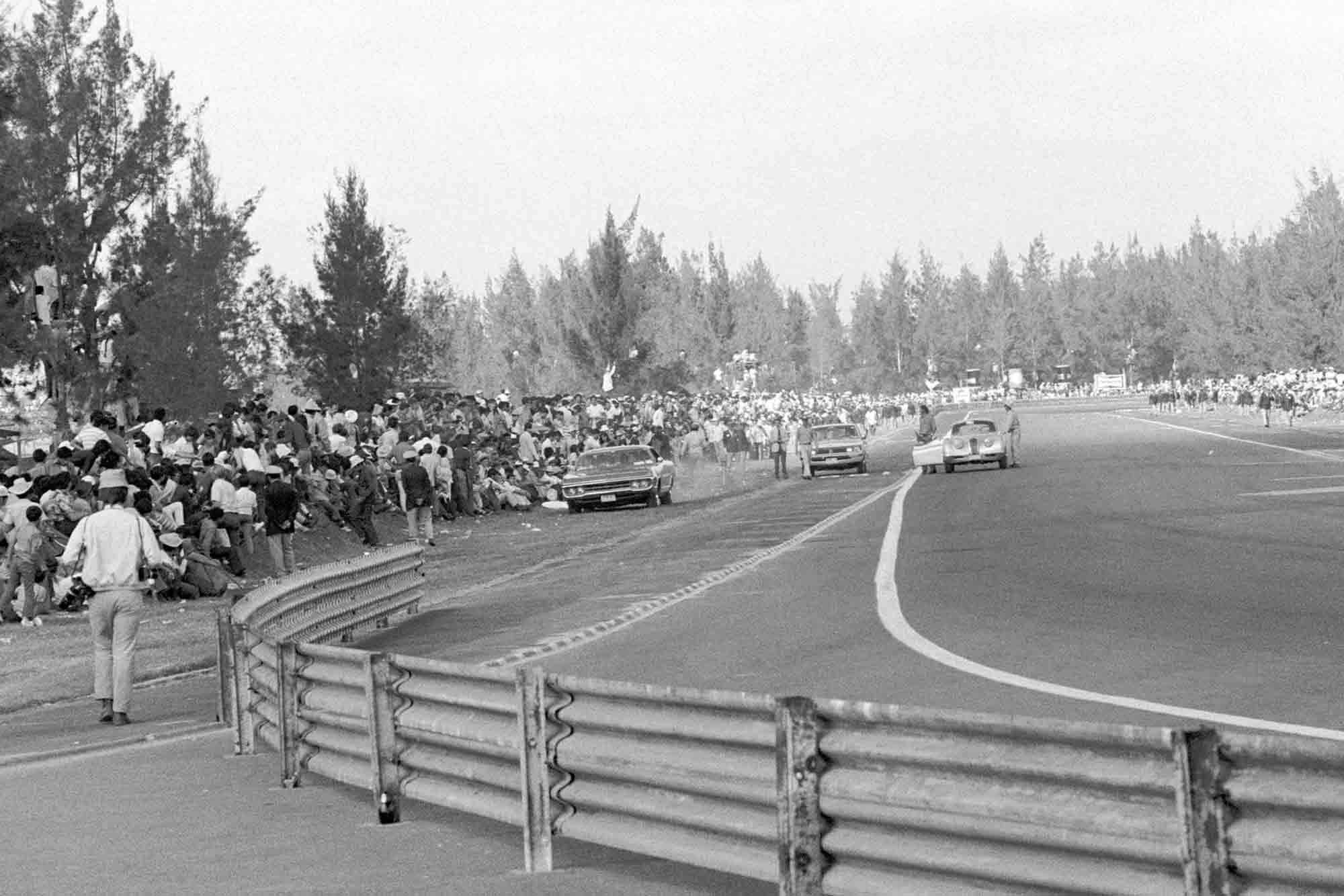 Drivers implore crowds to step back before the race begins Photo: Motorsport Images

Local hero Pedro Rodríguez plus Jackie Stewart and others toured the circuit imploring the crowd to move back, but with limited effect. Indeed impatient spectators had also thrown bottles onto the circuit, meaning glass had to be swept away too.

“I just remember a lot of excitement and the great noise the crowd made,” Emerson Fittipaldi told Motor Sport years later. “It was really an intense atmosphere. We did our best to try to communicate with them and we made some difference, but not so much, as you can probably see from photographs.”

It might strike that the obvious thing to do in this situation was pack up and go home, but a large-scale riot among the restless massed ranks was feared if the race was called off. So, reluctantly and belatedly, all got on with it.

“In the circumstances it was the only decision but, nevertheless, a brave one,” Marriott continued. “The slightest mistake could spell major disaster and every man knew it.

“So close were the spectators to the track that a spin could have wiped out 20 or more while an accident similar to the fiery incident between [Jackie] Oliver and [Jacky] Ickx at Jarama [at the Spanish Grand Prix] earlier this year could have meant the death of 200 people.

“The repercussions of an accident of that nature could be the total ban of motor racing in several countries.”

It was avoided thanks to F1 drivers’ professionalism as, amazingly, the race was completed in full. Yet it owed also to luck, as Stewart could recount in particular.

“I hit a dog that had inexplicably strayed onto the track,” he recalled in his autobiography; “it had looked the size of an elephant from where I was sitting. I must have been travelling at 160mph.

And that was just the beginning. “The car veered violently to the left,” JYS continued, “towards a bank where spectators were sitting cross-legged a few metres from the tarmac. I only just managed to regain control and prevent my car from ploughing into that area. 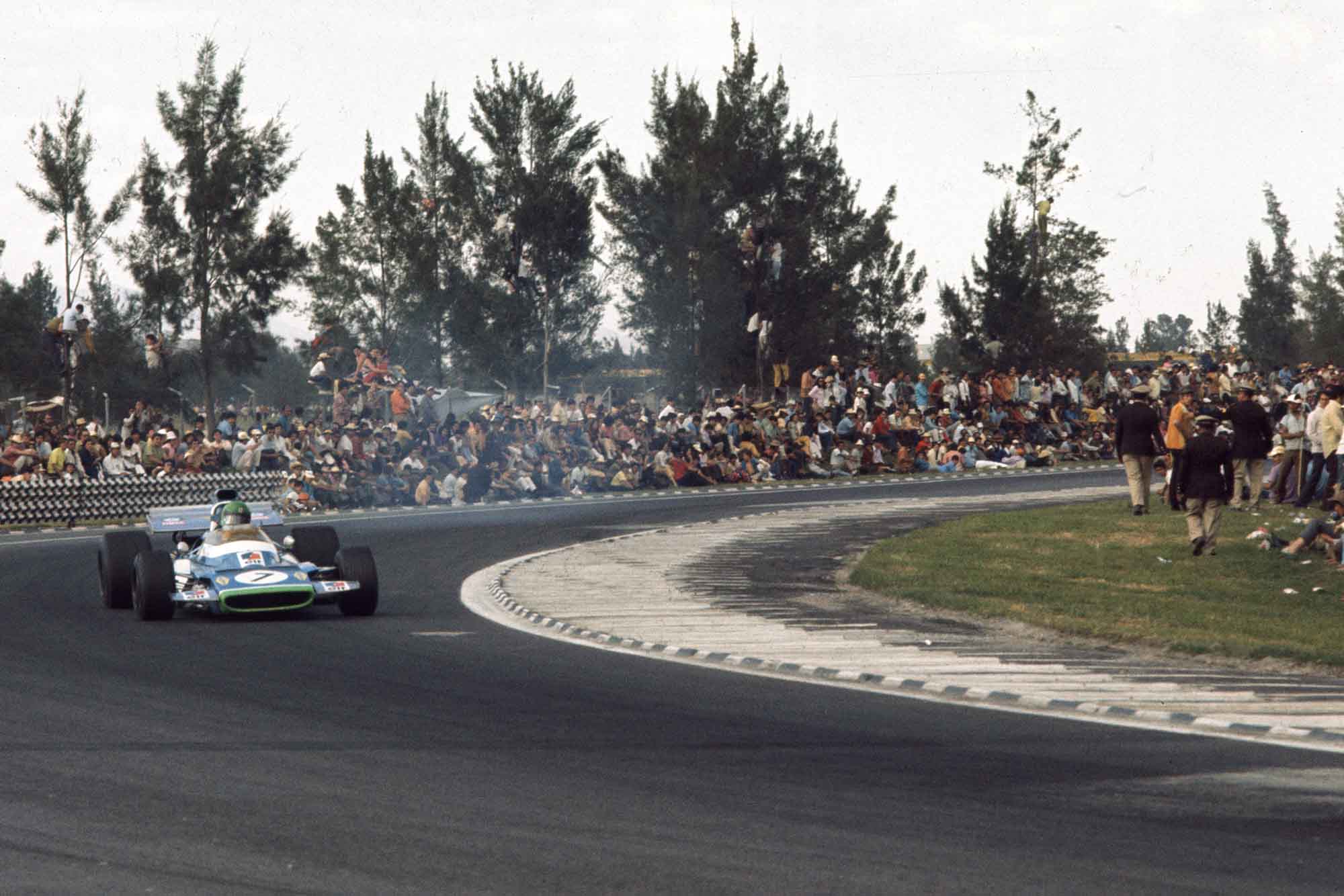 Crowds casually stroll past Pescarolo as he negotiates the circuit Photo: Motorsport Images

“Nobody has ever said much since, but I know how perilously close I came to being at the centre of a major disaster.”

As for the actual motor race, it was a contest of three between Stewart in his new – fast but still unreliable – Tyrrell and the Ferrari pair Ickx and Clay Regazzoni.

This also was Jack Brabham’s final grand prix, and he showed his potency remained aged 44 by qualifying fourth and running third until his engine went.

Stewart lost a lap early on getting a loose steering column fixed. Still, he provided interest by then edging in on leader Ickx, despite being a lap down, until his calamitous canine encounter.

From then on, Ickx coasted to victory with Regazzoni behind. Yet the crowd did the opposite of wind down in turn, as they “crept closer and closer to the trackside and some fools even took to running backwards and forwards across the track,” Marriott added. “Several drivers had near misses but miraculously no one was injured.

“As the last few laps were run the circuit got progressively narrower as the crowd surged forward. Then, as Ickx took the flag, everyone milled onto the road, completely blocking it, and all the following cars had to screech to a halt as they crossed the line.”

“They say there were 200,000 there, but I think probably more,” Fittipaldi added. “It was crazy, but a kind of wonderful crazy. Still, it was very dangerous…”

“If there is to be another Mexican Grand Prix,” Marriott concluded at the time, “the blind enthusiasm of the spectators will have to be curbed in one way or another, whether by high fences or the butt of the rifle. Meanwhile most people would rather forget Mexico 1970.”

F1 indeed did not return for 16 years.