Who was really fastest in Barcelona? Mark Hughes examines the first times of F1 in 2018 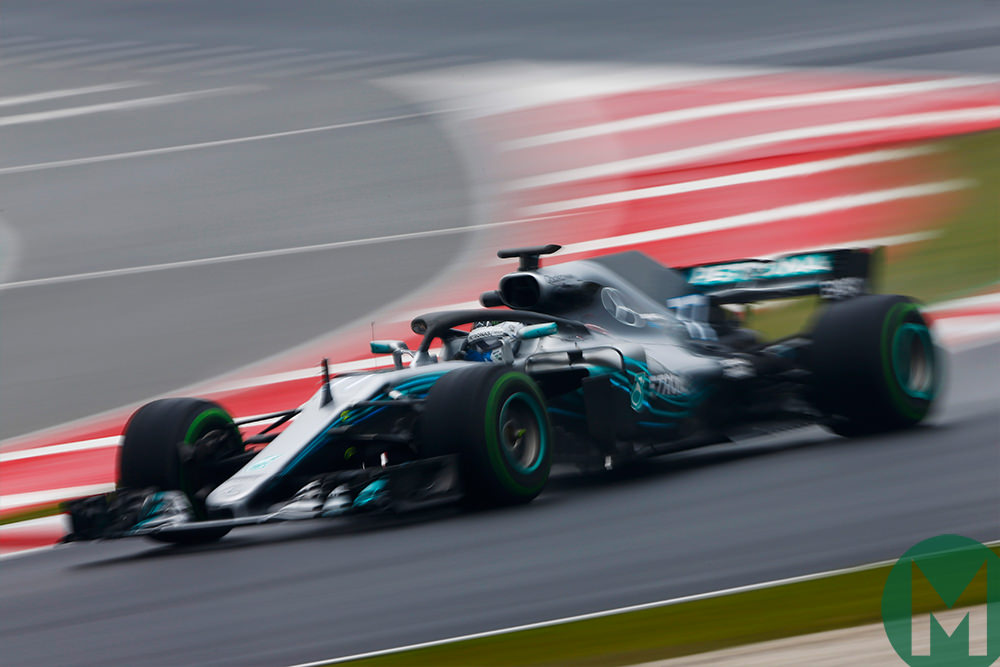 So what messages did the lap times tell us during the gaps between the rain and snow of Barcelona testing, week one of two? Well, the pattern looks broadly familiar but with a few twists of particular intrigue. The fastest three are Mercedes, Ferrari and Red Bull, with the Merc showing an advantage in single-lap pace, but trailing slightly over a stint. The new McLaren has yet to show any pace, Stoffel Vandoorne’s headline lap times being flattered by a very big tyre compound advantage.

Wednesday was snowed-off, Monday only a few were setting fast times either through run programmes or the state of the track with its much smoother new surface. The really significant numbers were seen on Tuesday and Thursday. Once its surface dried, the track temperature got up to as high as 13/14deg C even though the ambient was never anywhere close to that. It was enough to allow the tyres to work – with a lot of preparation and effort on the part of the driver – but just the slightest backing off could take them back out of their temperature window.

The following analysis is based on trawling through the laps of every car on every day and some assumptions around that. The most significant of these is what lap time difference there was between the various tyre compounds in use. In these temperatures, the normal offset between them did not really apply. Most teams did most of their running on either the medium or the soft compound – and the consensus seemed to be that there was virtually nothing between them in terms of performance. If you were going to do very long runs, the medium would perhaps be slightly faster by the time you’d got down to low fuel levels. Whereas for shorter runs, with lower starting weights, the soft possibly had a slight edge. The Mercedes seemed to prefer the medium while Ferrari and Red Bull concentrated on the soft. There was a big performance boost – of around 1.3sec – from there to the super-soft favoured by Haas, Fernando Alonso and Toro Rosso. The hyper-soft – used only by Vandoorne – was significantly faster even than that. By perhaps a further 0.6sec, according to at least one team engineer.

The second assumption is about fuel levels. For the purposes of comparison we’ve assumed the cars were fuelled only for the stint length they ran but we have no way of knowing such was the case or whether there were significant differences between teams on this policy. We have made an educated guess of a fuel use of 1.5kg per lap, with each kg of weight costing 0.035sec.

As for tyre degradation, it was very low generally on the new surface. But actually, apart from a couple of outliers, there was relatively little spread between the age of the tyres when drivers did their fastest laps. It was slightly higher for the top three teams (between eight and 12 laps) than the rest (between four and eight). The outliers were Sauber and Toro Rosso, who did their best times at the end of very long runs and therefore with tyres perhaps 0.5sec or so slower than most of the rest.

We’ve adjusted for all those variables and come up with the numbers below. So, with the proviso that there are many assumptions and approximations – and that some teams will have more performance to bolt on for Melbourne than others – here’s the rough approximate order of one-lap pace: