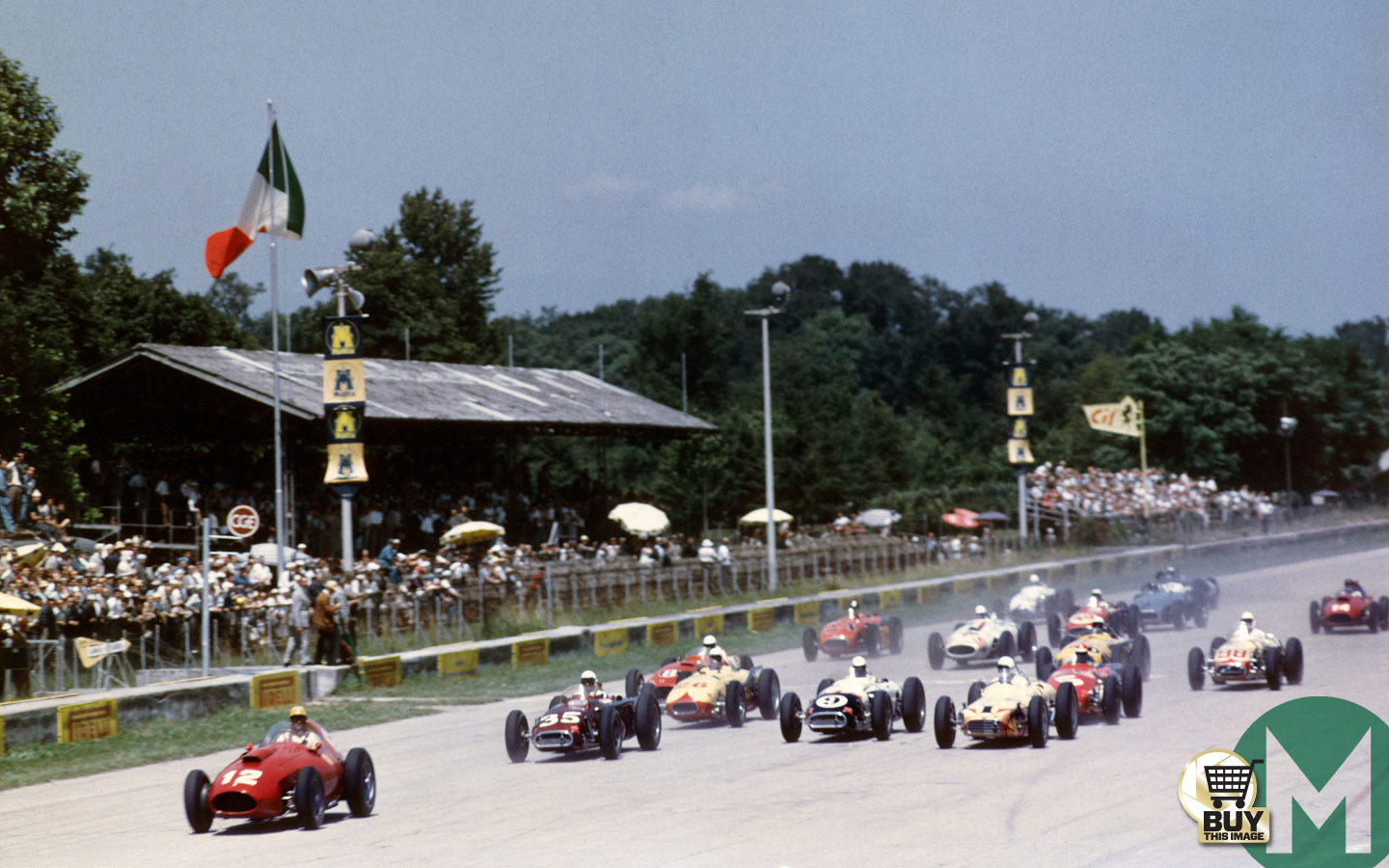 So Fernando Alonso is doing the Indy 500. We didn’t see that one coming, did we? But then we’d all got used to Formula 1 teams and drivers towing Bernie’s blinkered line.

What has this got to do with historic racing? Not much, except I love it when contemporary happenings spark random and rather exciting ‘what ifs’ inspired by events from the past. These tangential journies through Google and YouTube are the scourge of production editors up and down the country, for I do tend to get a bit distracted.

So, with apologies to the poor souls I owe overdue copy, today has been mostly spent drinking coffee and researching the ‘Race of Two Worlds’ or ‘Monzanapolis’ as it was evocatively nicknamed.

The brainchild of the Automobile Club of Milan, Monzanapolis was an invitational event held on Monza’s banked oval, where American race teams affiliated to the United States Automobile Club (USAC) raced against leading European teams of the day.

Many of you will know about the two events, held in 1957 and 1958. For those who don’t, it was an inspired mash-up of F1 and Indy racing. The mix of machinery and drivers was weird and wonderful, the racing held over 500-miles in true Indy tradition. Though this distance was divided equally across three heats to appease safety concerns, with an hour’s break between races for maintenance for the cars and, presumably a swift brandy for the drivers. 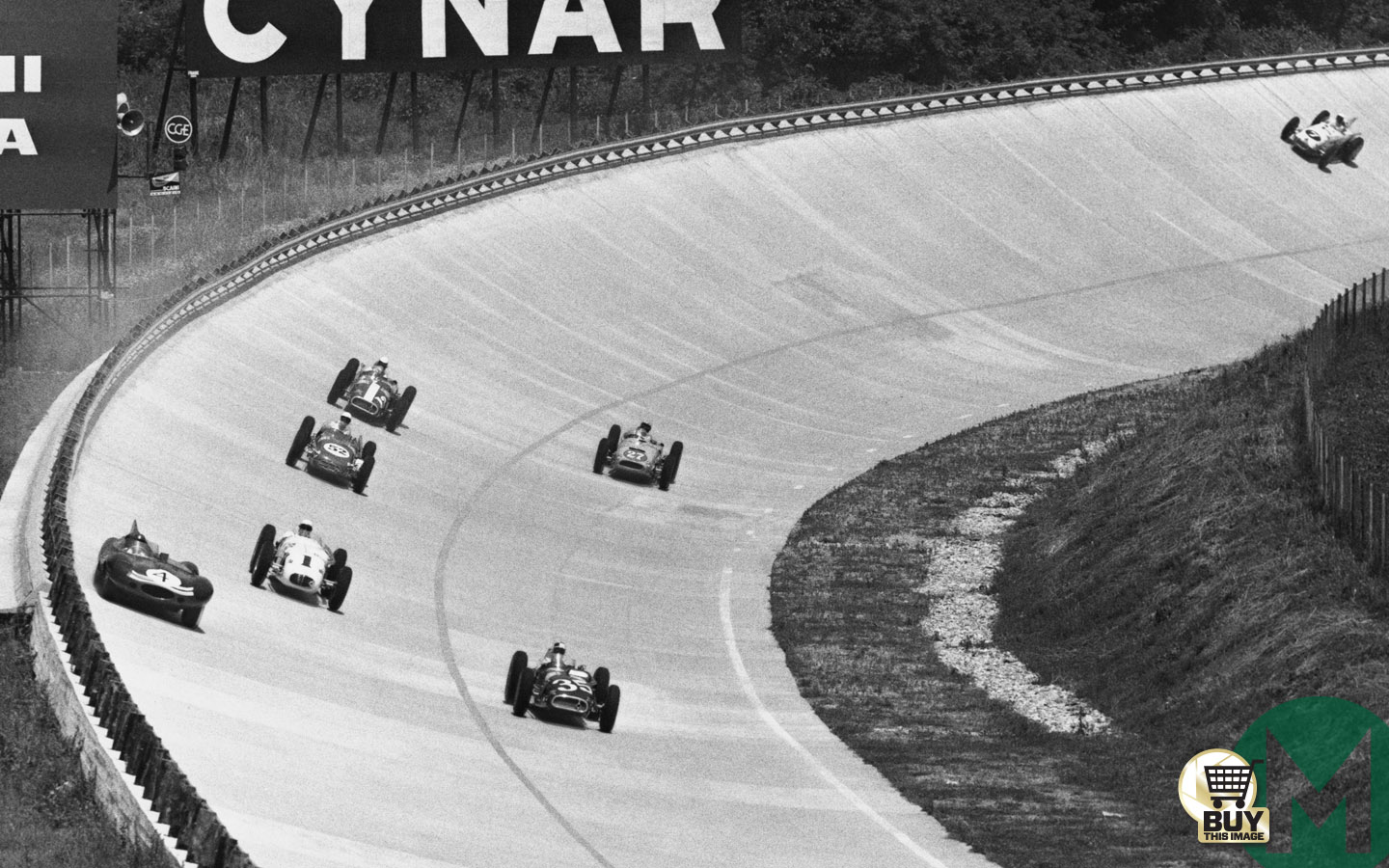 Read the full report from 1957 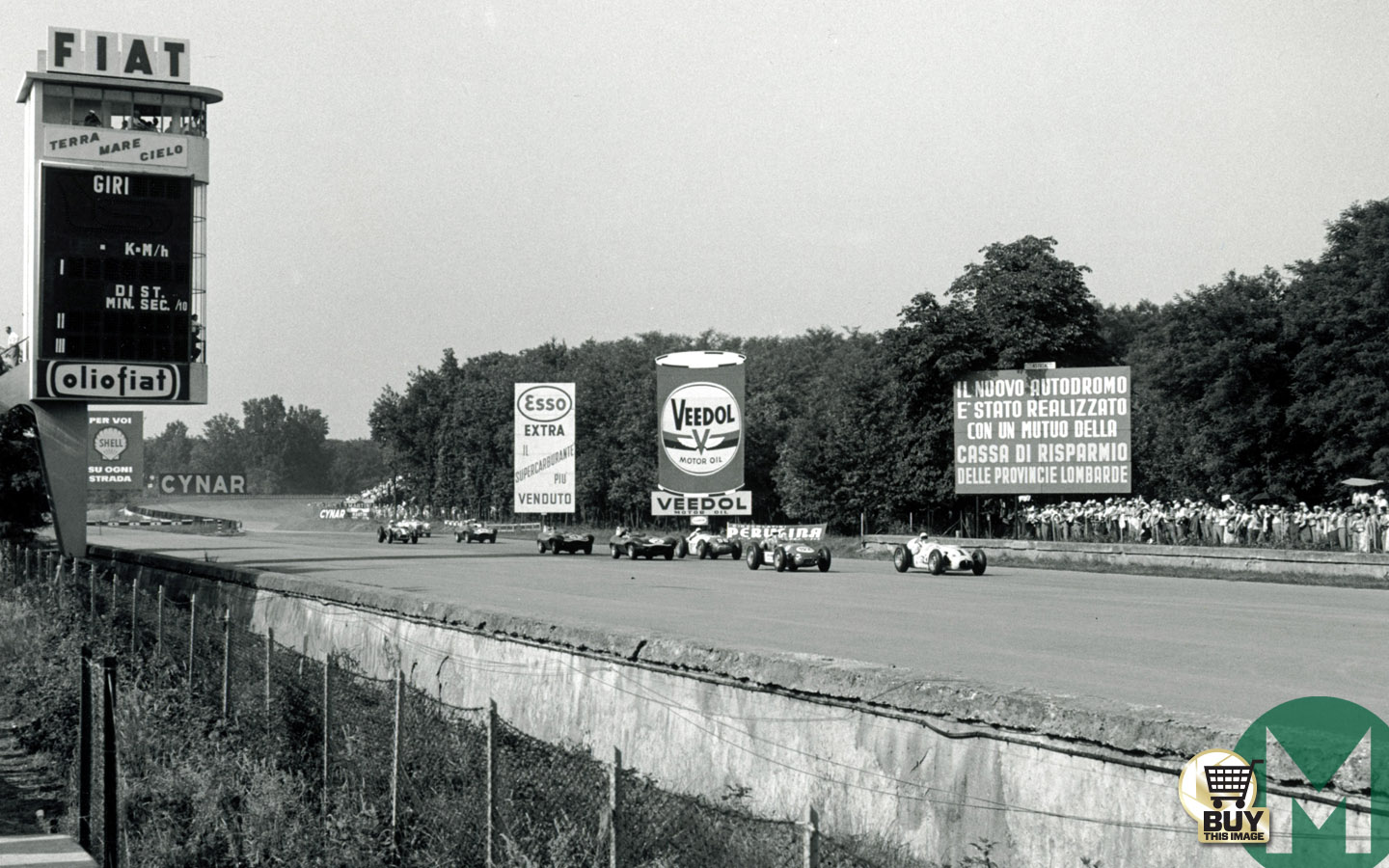 In these heady days before endless simulation removed the mystery, the European teams in particular took a somewhat laissez faire approach for the first Monzanapolis event. Perhaps unsurprisingly the Americans dominated the meeting, which immediately took its place in history as the world’s fastest race – eventual aggregate winner Jimmy Bryan averaging 160mph over the full 500-mile race distance – and for the fastest-ever lap: Tony Bettenhausen setting a new single-lap closed circuit speed record of 176.818mph. The mind boggles.

Things got more serious in 1958, with Ferrari, Maserati and Lister all fielding cars built for the unique demands of the event. The oval specialists from America still prevailed, but the competition was much closer. Sadly, despite its obvious potential, Monzanapolis never gained sufficient momentum to continue beyond 1958, but the idea of F1 and Indy teams going head-to-head in a special one-off race remains fascinating and fun.

Could it happen? Not prior to Bernie’s departure, no. But in this refreshing new era of Liberty Media’s enlightened governance, it’s perhaps not so crazy as it seems. The concept would have to be developed – no point running F1 cars against Indy cars on a pure Superspeedway oval, or F1 cars on a pure road circuit – but so long as the racing environment didn’t heavily favour one type of car a race could surely be made of it. Maybe a combination of Indy’s (or maybe Lausitzring) banking and infield course, combined with a race distance that puts F1 outside its 200-mile comfort zone? Anything to mix things up a bit.

Alonso going to Indy is a genuinely tantalising prospect, but an F1 v Indy invitational would be brilliant. I’m sure my naivety will have some of you slapping your foreheads with despair, but as a fan of racing past and present I’d be intrigued to see how the cars and drivers of the world’s premiere single-seater series would compare.

Read the full report from 1958 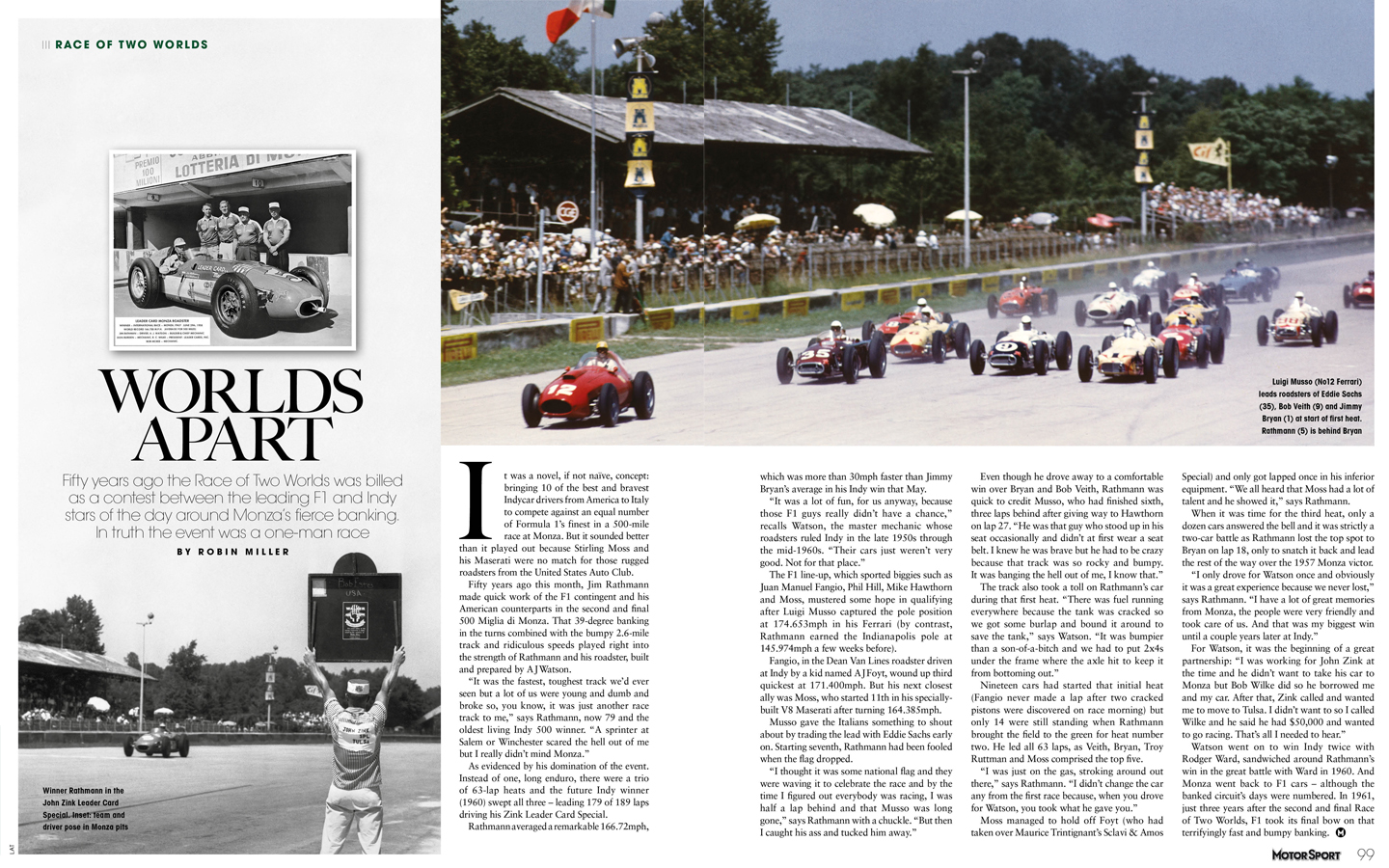 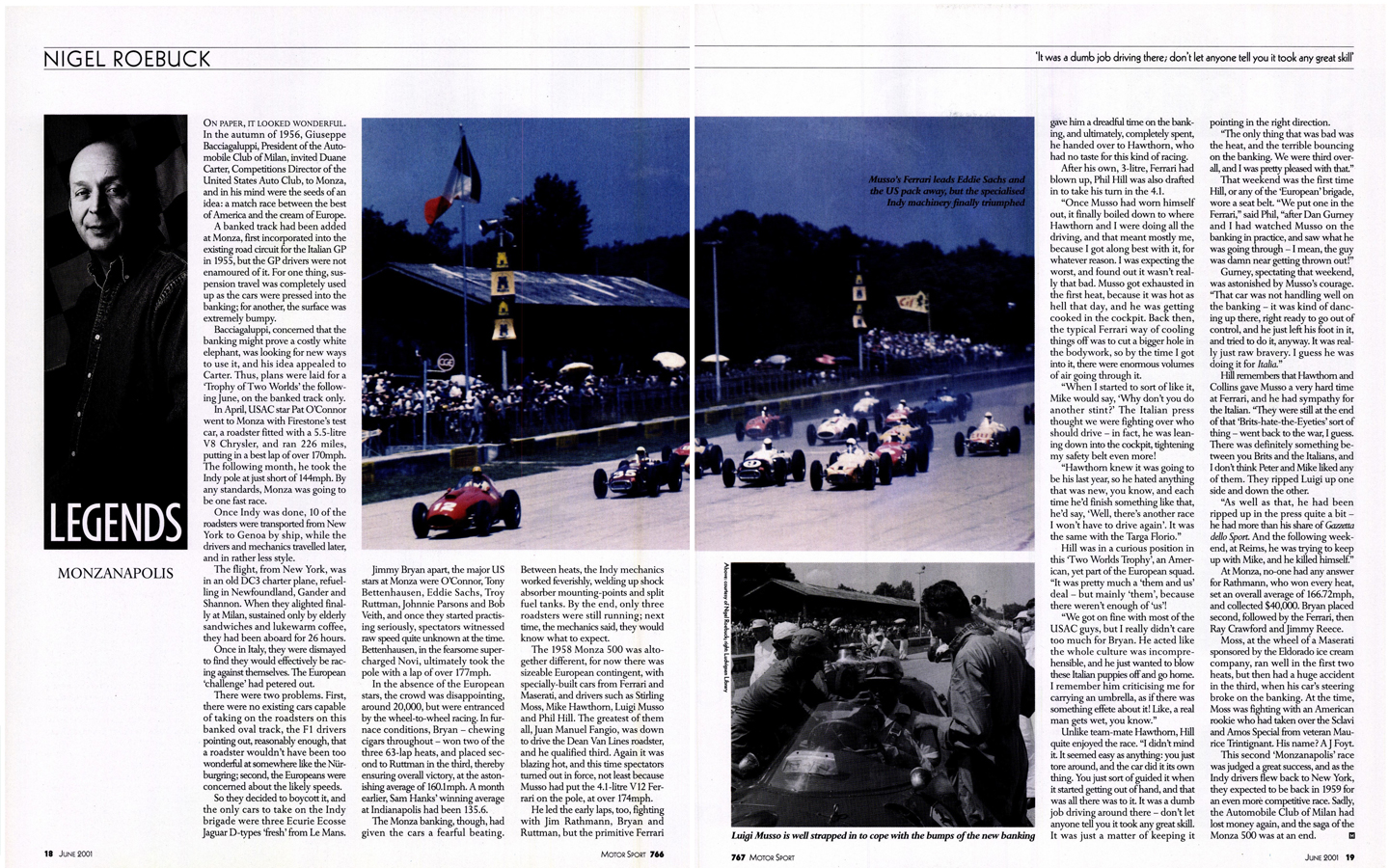