More should be done for fans at Grand Prix events, reckons Darren Cox 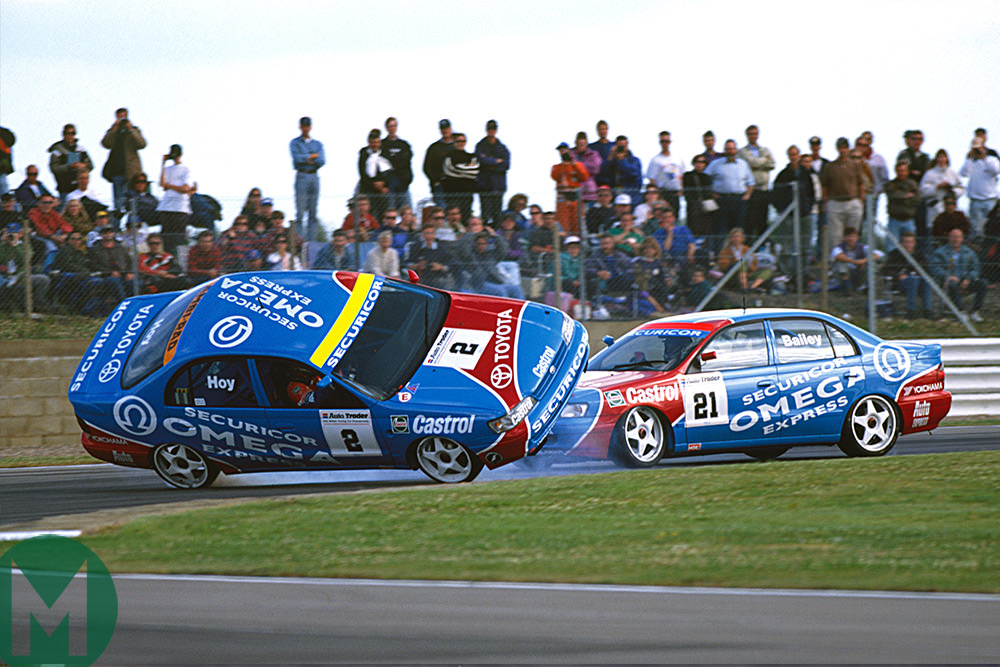 Ever since attending this year’s British Grand Prix at Silverstone I have been contemplating the subject of support races and support events at Formula 1 races. Reading editor Nick Trott’s editorial in the magazine this month got me thinking further, and the bizarre Formula 4 race at the Malaysian Grand Prix brought the subject into new focus. No cars finished due to a fuel miscalculation, so spectators missed out on what could have been a great support race. But did they really? Is F4 a great showcase for the rest of our sport to new fans?

Support races are on the timetables today on the basis of the financial benefit they bring to either the rights holder or circuit operator, depending on the model employed. In Europe we therefore get F2, GP3 and Porsche Supercup. Fantastic one-make driver training categories, yes. Fan favourites? No, except perhaps the added benefit of some much-needed noise from F2’s V8.

Now I am not a subscriber to the ‘When I’ cult, as in ‘When I was a lad’, but when I was a lad the F1 support races were mega. My first F1 race at Silverstone was supported by a full championship BTCC race. And this was nothing unusual, having looked through old Brands Hatch programmes. Add in Sunday morning warm-up for the F1 cars and some amazing demonstrations both in the air and on the track and today’s sanitised Red Arrows flypast and ridiculous driver parade in random old cars look a bit wanting.

Attending as a spectator with my daughters on the Saturday of this year’s race also made me realise how many gaps there are in the on-track action. Most of the time I was on the hallowed turf of Silverstone’s spectator banks looking for shelter or alternative means of entertainment for four bored girls under the age of 16. This is not something you get to understand whilst working in the paddock, as a hospitality guest, in the press room or in the BRDC clubhouse. In other words, where the decision makers are.

The alternative entertainment offered around Brooklands was, I kid you not, an on-stage donut eating competition followed by a race car drawing competition, a big wheel (actually quite good!), merchandise stalls and oversubscribed wheel change and gaming stands.

Change is in the air, of course. Silverstone has upped its game in recent years and the music element of the entertainment mix has expanded and improved. At other Grands Prix music is sold as the main event for which you also get access to the F1 action.

Liberty, meanwhile, has made a big deal out of the two-seater car programme.

I would point out that I attend race meetings to see race cars, not music. I would also point out that watching privileged VIPs being entertained in the two-seater F1 cars has no benefit to me (except the noise of the V10 in the back – is there a trend here?).

When Messrs Carey, Bratches and Brawn are re-engineering the fan experience, both sides of the balance sheet should be considered. Everyone is currently talking about cost-cutting, which could lead to less track time for F1. Liberty needs therefore to look at cost and value. And if reduced track time is the result, then do that in tandem with considering the fan experience for the whole weekend. For the British GP that means having track action of fan-favourite racing series from Thursday to Sunday. In turn, this will drive higher revenues for Silverstone as fans will want to camp, eat and drink for longer and Liberty can charge (reasonable) track hire for those support series.

On the value side, the ‘When I’s would certainly welcome an FIA Historic Formula 1 Championship race amongst others over the weekend, like those held at COTA and Mexico. And how about a British GT round after the fans have cleared the track following the F1 podium? I for one would much rather see rocker-turned-2017 British GT Champion Rick Parfitt Jnr on track than on stage.

‘Cos when I was a lad the music supported the racing.