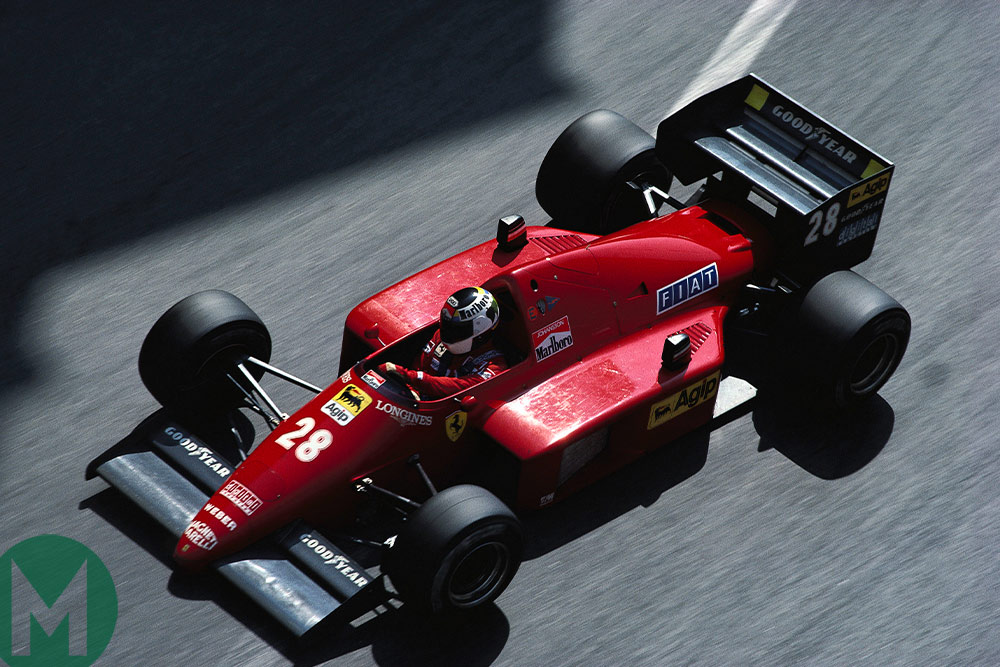 Last week we presented Ross Brawn’s vision for the future of Formula 1 – and coming from the man charged with making it happen, it obviously carries great heft. That future, focused mainly on the changes that will come from 2021 onwards, is set to be geared around existing engine technology but with very different – and very deeply-researched – aerodynamic regulations that he seems totally confident will allow closely-matched cars to run very closely wheel-to-wheel. In addition, there will be some form of cost control and a redistribution of income.

But Brawn is constrained by certain hardpoints of current reality. By definition of the sport’s power structure, that vision cannot incorporate any question on, for example, engine formats.

If F1 freed itself from those shackles, if it was brave enough not to be dictated to by the automotive players, what could it look like?

Stefan Johansson, the ex-Ferrari and McLaren driver of the 1980s, has spent a lot of time thinking about this. He believes not only would it be perfectly feasible to create a vastly more entertaining series than currently, but that it absolutely has to if it is to ensure its survival.

It’s a vision that incorporates huge (around 70 per cent) downforce reduction, a 40 per cent power increase, a massive weight reduction and open tyre competition. This, he believes, would equal out in the round to cars that would produce much the same lap times as currently, but in a vastly more challenging and entertaining way. It could be done, furthermore, on a budget around half that currently spent by the top teams.

A couple of years ago he outlined where he believed F1 was going wrong. Now he’s written a detailed blueprint for how he believes his vision could be accomplished. It can be found here. In it, he proposes how these changes would be made.

But as a taster for how his vision looks, here are a few extracts:

“In order for the sport to survive, it is imperative that we all understand that it’s unsustainable in the long run to deviate from the core elements of what made Formula 1 such a huge sport to begin with.”

“Formula 1 has always been about brave young men driving these crazy fast cars on the limit, and if we lose that stigma, there is nothing that makes it unique in any way. It will be just as interesting to watch a bunch of gamers racing online. From a drivers perspective there is nothing that comes close to the experience when you’re on the limit and you decide to step into that unknown territory by taking a high-speed corner flat for the first time in order to gain that extra tenth or two, not knowing for sure what the outcome will be, when you’re literally staring at your own soul for that brief moment.

“Those are the things that every driver worth his salt is craving. They define who you are as a person and go much further than just that brief split-second. Everyone who is present at that moment can see and appreciate it, and this is what makes, or at least used to make, our sport so incredibly different and special compared to most other sports.”

“If I may use the analogy of a restaurant, you can do all the slick and fancy stuff, new signs on the front, social media campaigns, celebrities, new menus, etc. but if the food sucks no one will come back or show up in the first place.”

How he proposes achieving it is pretty extreme, but perhaps that’s exactly what’s needed. Maybe only an extreme solution will ultimately work in the long term – and it’s only extreme by the standards of the status quo. Some of it equates with what Brawn and Liberty are already working on (standardisation of non-differentiating components, for example) but takes it much further. But most of it grasps a nettle that the current powers are not even contemplating doing.

Formula 1 is unlikely to change its current trajectory, and much of the 2021-onwards regulation should be rubber-stamped by June of this year. These opposing views are ‘only’ those of an ex-driver, and not one who is part of the structure and governance of F1 – and as such they don’t carry any immediately obvious weight. But maybe they should at least be the starting point for discussions about the medium-term future.