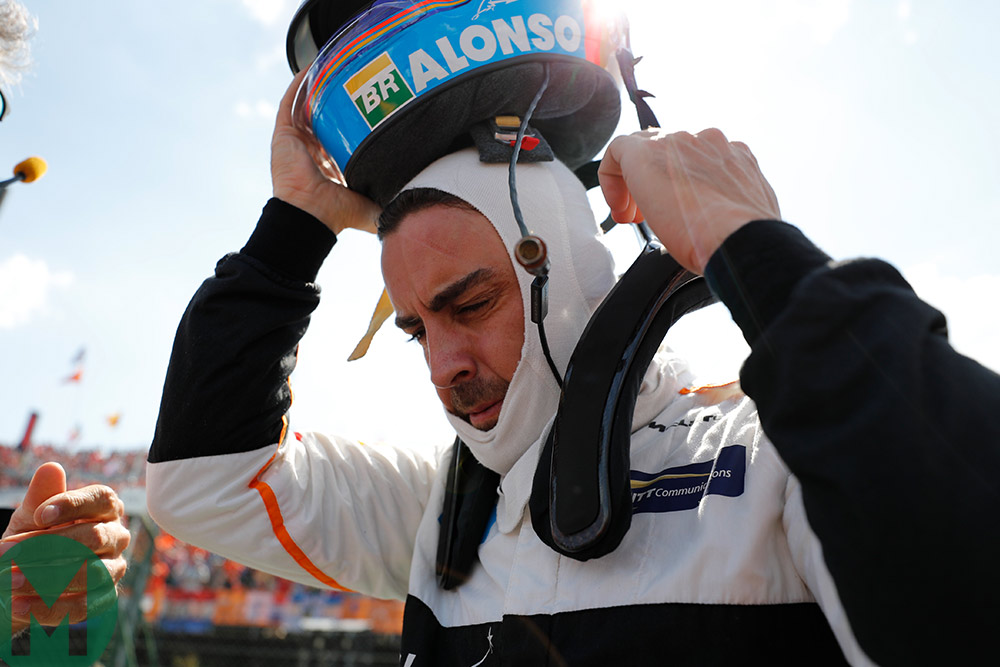 Fernando Alonso will leave McLaren’s Formula 1 squad at the end of this season, he announced on Tuesday.

The 37-year-old, who is currently also competing with Toyota in the World Endurance Championship ‘superseason’, will finish competing in F1 after 17 seasons in the motor sport.

The implication of the announcement is that he is to remain with McLaren, which has reportedly been investigating an IndyCar programme and would give Alonso another shot at winning the Indy 500 – the final piece of the triple crown.

“After 17 wonderful years in this amazing sport, it’s time for me to make a change and move on,” the Spaniard says. “I have enjoyed every single minute of those incredible seasons and I cannot thank enough the people who have contributed to make them all so special.”

“There are still several Grands Prix to go this season, and I will take part in them with more commitment and passion than ever.

“Let’s see what the future brings; new exciting challenges are around the corner. I’m having one of the happiest times ever in my life but I need to go on exploring new adventures.

“I want to thank everyone at McLaren. My heart is with the team forever. I know they will come back stronger and better in the future and it could be the right moment for me to be back in the series; that would make me really happy. I have built so many great relationships with many fantastic people at McLaren, and they have given me the opportunity to broaden my horizons and race in other categories. I feel I am a more complete driver now than ever.

“I made this decision some months ago and it was a firm one. Nevertheless, I would like to sincerely thank Chase Carey and Liberty Media for the efforts made to change my mind and everyone who has contacted me during this time.

“Finally, I would also like to thank my former teams, team-mates, competitors, colleagues, partners, journalists and everyone I have worked with in my F1 career. And, especially, my fans all over the world. I am quite sure our paths will cross again in the future.”

He won two consecutive championships with Renault in 2005 and 2006 and moved to McLaren for the following season before returning to the French manufacturer. Alonso drove for Ferrari from 2010-14 and then joined McLaren, which struggled with Honda engines until 2017 before choosing Renault power units for the 2018 season.

The Spaniard told Motor Sport in 2016: “I’d like to achieve the triple crown one day. So Monaco Grand Prix, which I have won already, then the Indy 500 and Le Mans 24 Hours. It’s a big challenge and if I’m happy and motivated still, maybe that can be my challenge”

Along with Kazuki Nakajima and Sébastien Buemi, Alonso won the 2018 Le Mans 24 Hours with Toyota. He also competed in the 2017 Indianapolis 500, leading briefly before his Honda-powered Andretti Autosport retired with an engine failure.