Felipe Massa says that it was difficult to bounce back after being ordered to move over for Fernando Alonso at the 2010 German Grand Prix.

With the words, “Fernando is faster than you,” Massa’s Ferrari race engineer, Rob Smedley, famously instructed the Brazilian to let Alonso by at Hockenheim in a public confirmation that he had been demoted to number two driver.

Speaking in the latest Motor Sport podcast, Massa says he struggled to come to terms with the decision from the team which had nurtured him.

“You feel after this type of situation, the team asking you to let them by, that this is really bad for the confidence of the driver,” he says.

“It is [very difficult to come back from this] – the mentality, the strength you need to have in your mind, the confidence. You feel that the team is putting you on the side.”

Massa joined Ferrari as a race driver in 2006, alongside Michael Schumacher, the undisputed number one driver in his final year with the team. When Kimi Räikkönen arrives, Massa established himself as a title contender, losing out by one point to Lewis Hamilton in 2008.

However, the 2010 radio message showed that Massa had been returned to his number two role again, with the arrival of Alonso.

Nothing was ever written down, says Massa as part of the Driving for Ferrari podcast series, but a catch-all clause in his contract meant that the team could easily favour another driver over him.

“Even if you don’t see it written in the contract ‘You are number two driver’ you have some clause in the contract that you need to do for the team – what they want,” he says. “You need to follow the ‘instructions of the team’. This means many things.

Despite chalking up 11 wins and almost winning the driver’s title for the Scuderia, the Brazilian found himself a victim of the team’s internal politics.

“They were part of the mentality, especially with Michael,” he says. “It was impossible to fight against the politics.

“Michael had the team in his pocket. They were a team that said ‘We are here to win, and we are here to support the driver that we need to support.’ And definitely Michael deserved it, because he was an amazing driver.”

Massa said that the atmosphere changed when the more relaxed Kimi Räikkönen became his team-mate.

“The team was completely open for both drivers,” he says In 2007 we had a deal that until Spa-Francorchamps we were free to fight, after that race we would decide who was the number one driver.

“Actually in the race before, at Monza, I was in front in the championship ahead of Kimi. I was ahead of him (during that race) then had to retire.

“Then we went to Spa, I was two points behind, I was supposed to be eight points in front. I was a bit unlucky with that situation.” 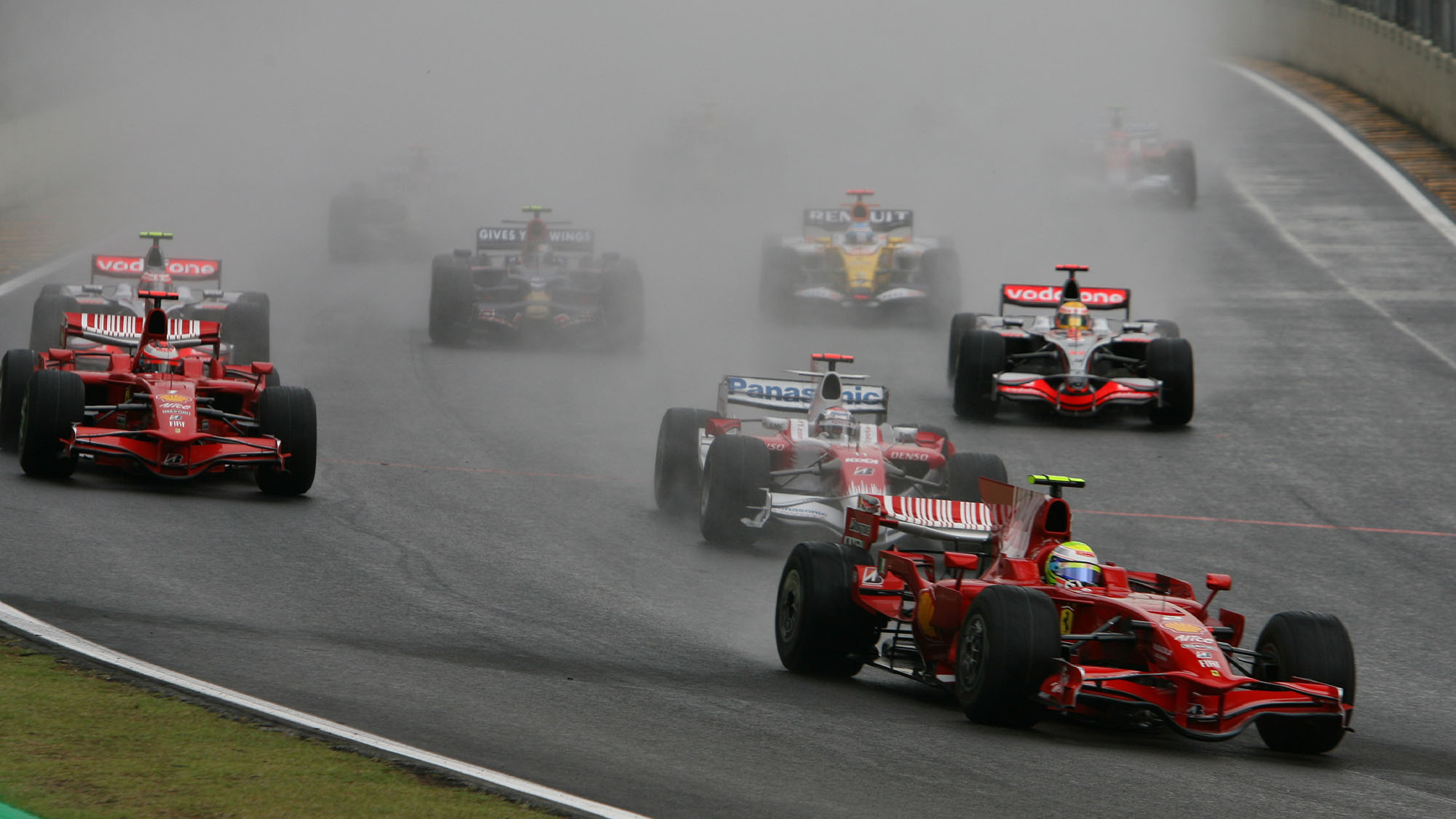 In what he perceived to be a more “open” atmosphere in ’08, Massa came within a point of the world title

Massa respected his team’s wishes, and implies that this fairer attitude paid dividends for him the following season.

“Also in 2008 the team was completely open – that year I fought the championship.”

It wasn’t to last. When he returned to the team after his 2009 accident, where he suffered a skull fracture when his helmet was hit by a loose suspension spring, he found himself sharing a pit garage with Fernando Alonso.

“Things changed a little bit – the politics started to go back to how it was when Michael was there. It was so difficult to fight against the politics, against what the team put in the papers even before the championship starts.

“Now it’s difficult for me to say if it’s like that [now at Ferrari] because I’m not working for the team. But I think it was part of the mentality of the team to have strong politics inside the team.”