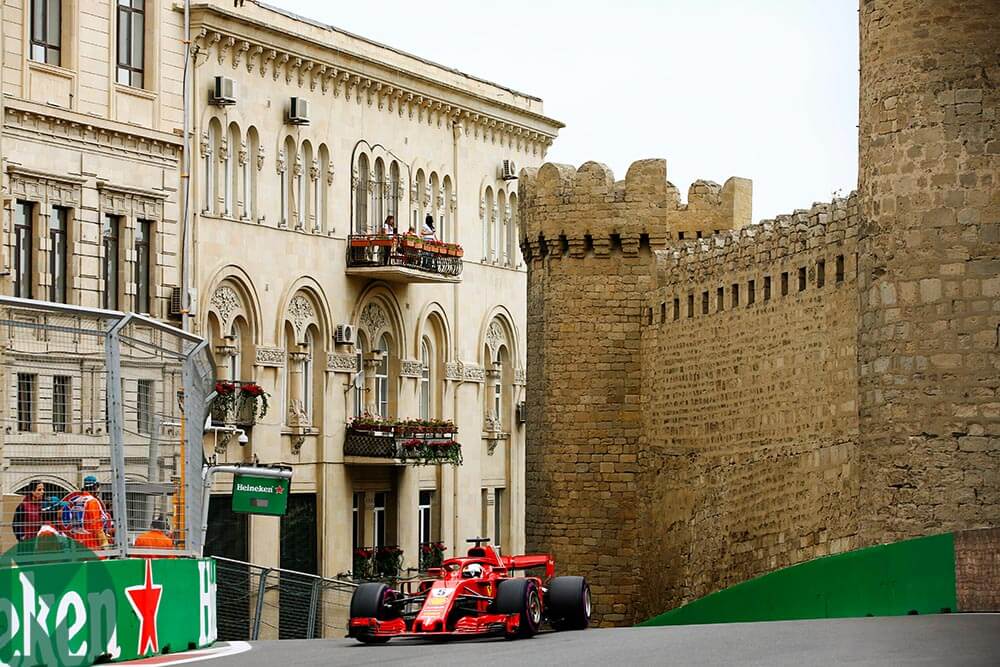 Sebastian Vettel set the fastest time in the third practice session of the Azerbaijan Formula 1 Grand Prix, ahead of Lewis Hamilton.

Ferrari set the pace until late efforts from Mercedes threatened to topple Vettel’s leading time, but Hamilton could only muster second, 0.361sec off the pace. Kimi Räikkonen finished another 0.041sec behind.

Valtteri Bottas (fifth) was leapfrogged for fourth by Max Verstappen at the end of the session, with the two split by 0.050sec.

Sergey Sirotkin, after a solid session of running for Williams, brought out a red flag with nine minutes remaining with a lock up through Turn 3 and a shunt into the outside wall.

The session restarted with three minutes remaining, causing a flurry of late activity with the majority of teams fitting new ultrasofts to their cars.

But that left only one flying lap left in the session and little changed on the leaderboard.

Stoffel Vandoorne finished 18th, ahead of Marcus Ericsson, while Brendon Hartley rounded out the standings which were spread over 3.095sec.