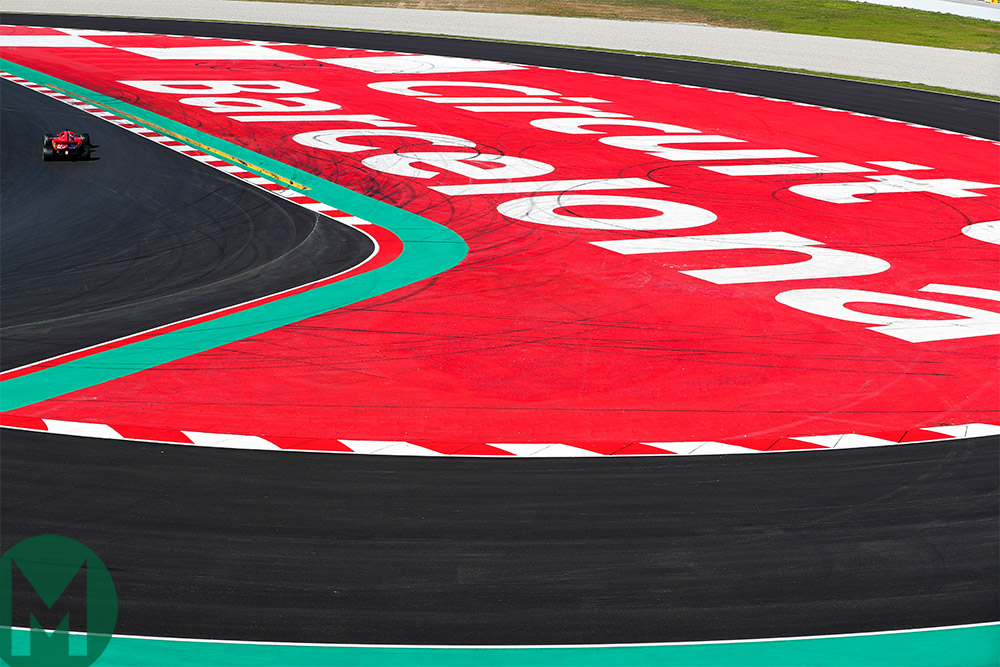 Ferrari’s Sebastian Vettel set the fastest time on the opening day of the final pre-season test, as his morning effort of 1min20.396sec on medium tyres remained unbeaten. First out in the afternoon was Stoffel Vandoorne, whose McLaren suffered a loss of hydraulic pressure in the morning, and broke down in the afternoon again. He ended the day 12th, having completed 38 laps.

Lewis Hamilton headed out in place of Valtteri Bottas, the Finn having completed 91 laps in the morning with the second fastest time overall. Hamilton finished fourth fastest having set a time of 1min20.808sec on soft tyres.

Splitting the Mercedes in third was Max Verstappen, who completed 130 laps for Red Bull with a fastest time of 1min20.649sec, set in the morning on medium tyres. His Red Bull stopped mid-afternoon, 30 minutes after Vandoorne’s, causing the third and final red flag of the day. Verstappen headed out with 15 minutes remaining, the issue fixed.

Pierre Gasly finished fifth having set his fastest time of 1min20.973sec in the morning, but the Toro Rosso ran no laps in the afternoon.

Haas also encountered an issue, this time pertaining to the ERS which hampered Kevin Magnussen’s afternoon running slightly. He ended the day sixth with 96 laps under his belt, a fastest time of 1min21.298sec on softs to boot.

Force India’s sole runner Sergio Pérez clocked up just 93 laps over the day in 10th place, his fastest time of 1min21.643sec enough to beat Sauber driver Marcus Ericsson by under a tenth of a second.

Rounding out the table was Williams’ Lance Stroll, the Canadian setting a fastest time of 1m22.937sec on softs to finish 13th over 86 laps, in the afternoon. Team-mate Sergey Sirotkin was ninth, having managed 42 laps in the morning.