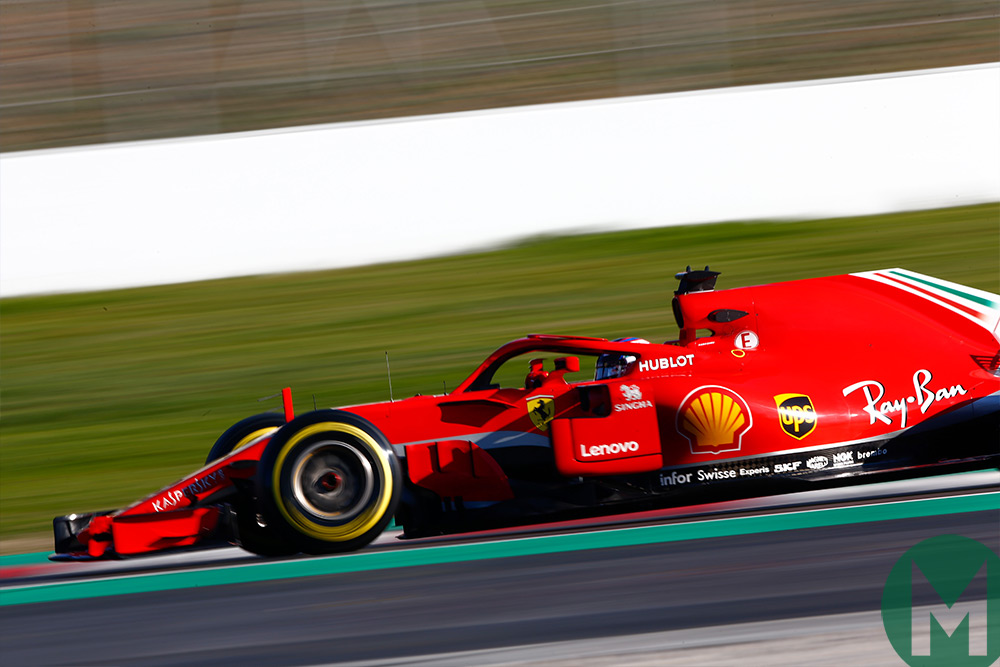 Fernando Alonso took second place with 15 minutes remaining as he set a time of 1min17.785sec on hypersoft tyres, within half a second of the Ferrari. Though his McLaren brought out an early red flag, with oil spilling from his Renault power unit in the morning, Alonso recovered to set 93 laps on Friday.

In third was Renault’s Carlos Sainz Jr, who was nine tenths back on hypersofts, with just 35 laps of running under his belt due to gearbox problems. Daniel Ricciardo followed in fourth place, his time of 1min18.164sec set on supersoft tyres.

Mercedes kept its card close to its chest with more solid race simulations as Valtteri Bottas finished sixth with a fastest lap set on medium tyres and 74 laps completed, putting himself behind Haas’ Romain Grosjean (ultrasofts). Grosjean completed the highest distance over Friday with 181 laps. Lewis Hamilton finished 11th with 97 laps completed, ahead of 12th place Lance Stroll who propped up the timesheets.