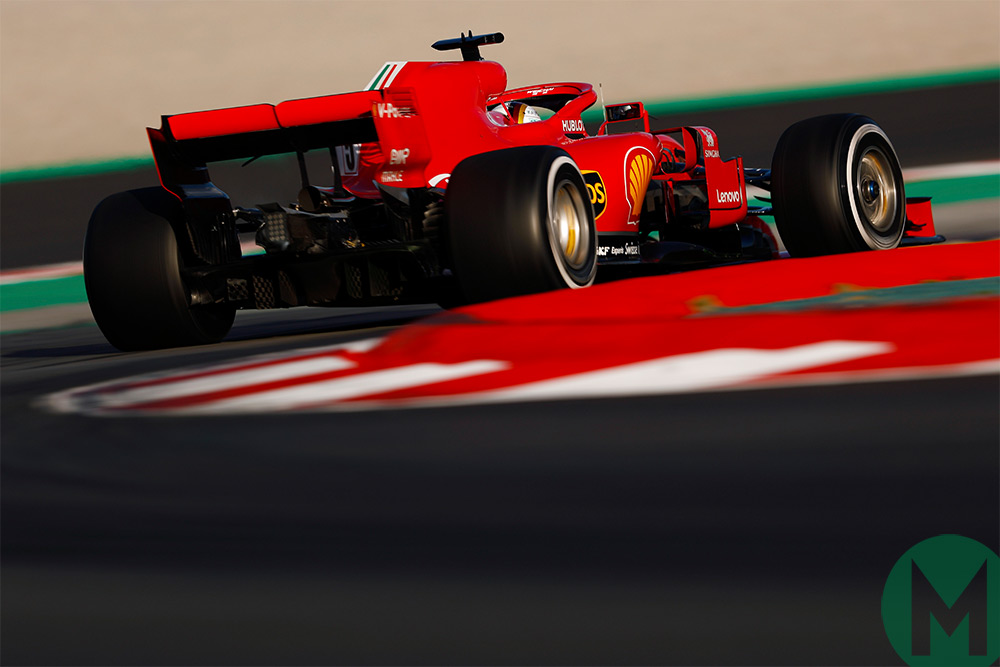 Sebastian Vettel set the pace before lunch on day three of the final pre-season Formula 1 test, with a time 1min17.182sec on hypersofts. His unofficial lap record eclipsed Daniel Ricciardo’s effort on the previous day.

Kevin Magnussen’s time of 1min18.360sec on supersoft tyres placed him second, ahead of Renault’s Nico Hülkenberg.

McLaren, which faced further reliability troubles on Wednesday, finished fourth through Stoffel Vandoorne’s time of 1min18.855sec on hypersoft tyres, though he completed the fewest laps of the morning session with 41 after a two-hour absence.

Toro Rosso had another strong session, even though Pierre Gasly’s time of 1min17.805sec at the end on hypersofts was chalked off as he breached track limits at the final chicane.

Mercedes led the lap chart as Valtteri Bottas completed 93, seventh fastest on medium tyres – nearly 2.4sec off the pace. The Finn was ahead of Robert Kubica, who set Williams’ fastest time of testing so far.

Rounding out the standings was Max Verstappen in 10th place on soft tyres, behind Force India’s Sergio Pérez.