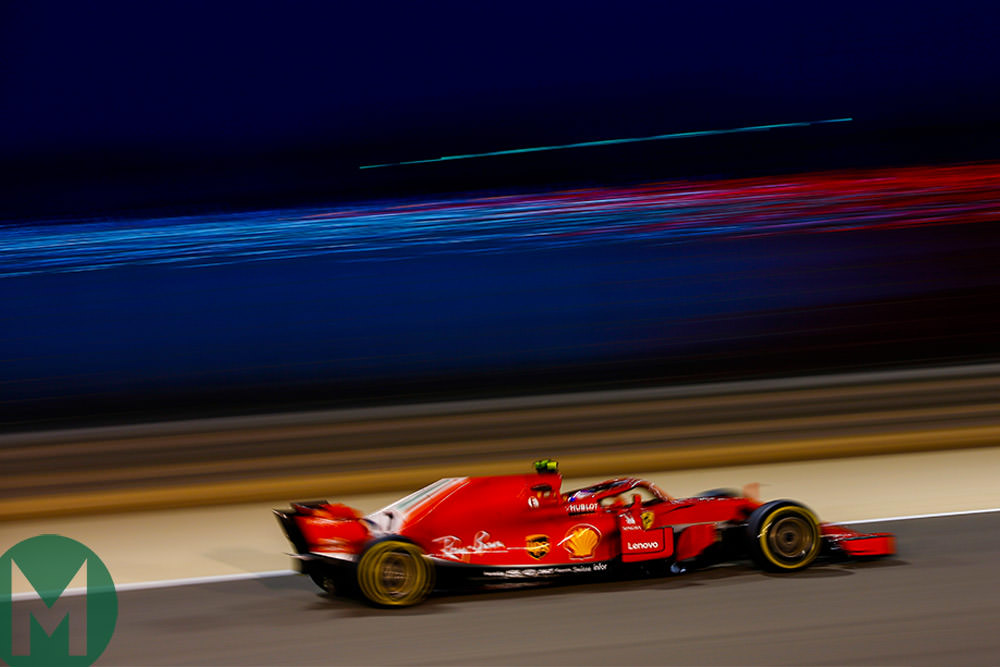 Räikkönen and Sebastian Vettel led the second practice session initially, with Räikkönen first to dip below the 1min30 mark on supersofts before Vettel closely followed suit.

The Finn then stopped with a loose wheel with around 15 minutes of FP2 remaining, ending a solid evening for him before he could use the soft tyre. Ferrari was consequently investigated for an unsafe release from the pits.

In third and fourth was the Mercedes pair, led by Bottas, while Red Bull filed in at fifth and sixth with Max Verstappen in front, the top six separated by 0.934sec.

Nico Hülkenberg just edged Pierre Gasly for seventh, with McLaren duo Fernando Alonso and Stoffel Vandoorne rounding out the top 10. Those four were split by just 0.202sec in a close midfield showing.

Romain Grosjean, fresh from a strong FP1 showing, finished 11th ahead of Carlos Sainz Jr. Toro Rosso is hoping that it will benefit from a new MGUh courtesy of engine supplier Honda this weekend, though Brendon Hartley finished 20th in the evening session.

FP2 ended with a safety car restart test, with teams nominating a driver each to participate.

The first free practice session ended unceremoniously for Verstappen, whose RB14 ground to a halt after six minutes due to a suspected turbo issue. All eyes were on the Red Bull driver as he pushed his car back to the pits.

Ricciardo, on the other hand, set the fastest time of the session on soft tyres with 20 minutes remaining. His time of 1min 31.060sec was three tenths faster than runner-up Bottas, while Räikkönen, who led the session early on, was third with a time of 1min 31.458sec.

Sauber rookie Charles Leclerc finished 12th, splitting the two McLarens led by Alonso while Stroll finished 14th, 2.319sec off the pace. Both Stroll and Leclerc spun early on in the session.

The Force India pair was fairly anonymous, finishing at the back in FP1 with Ocon 2.734sec off the pace, last but for Verstappen.