New pictures of the Miami Grand Prix circuit show the track virtually complete, just over a fortnight before it hosts its first race.

The 3.36-mile circuit winds around the Hard Rock Stadium in Miami Gardens, over what is normally a mass of car parking. But intense building work, including an artificial marina, is likely to give the appearance of a more established venue.

Organisers say that 22,000 tonnes of asphalt have been laid over the past year, with permanent pit buildings, garages and a race control tower built. 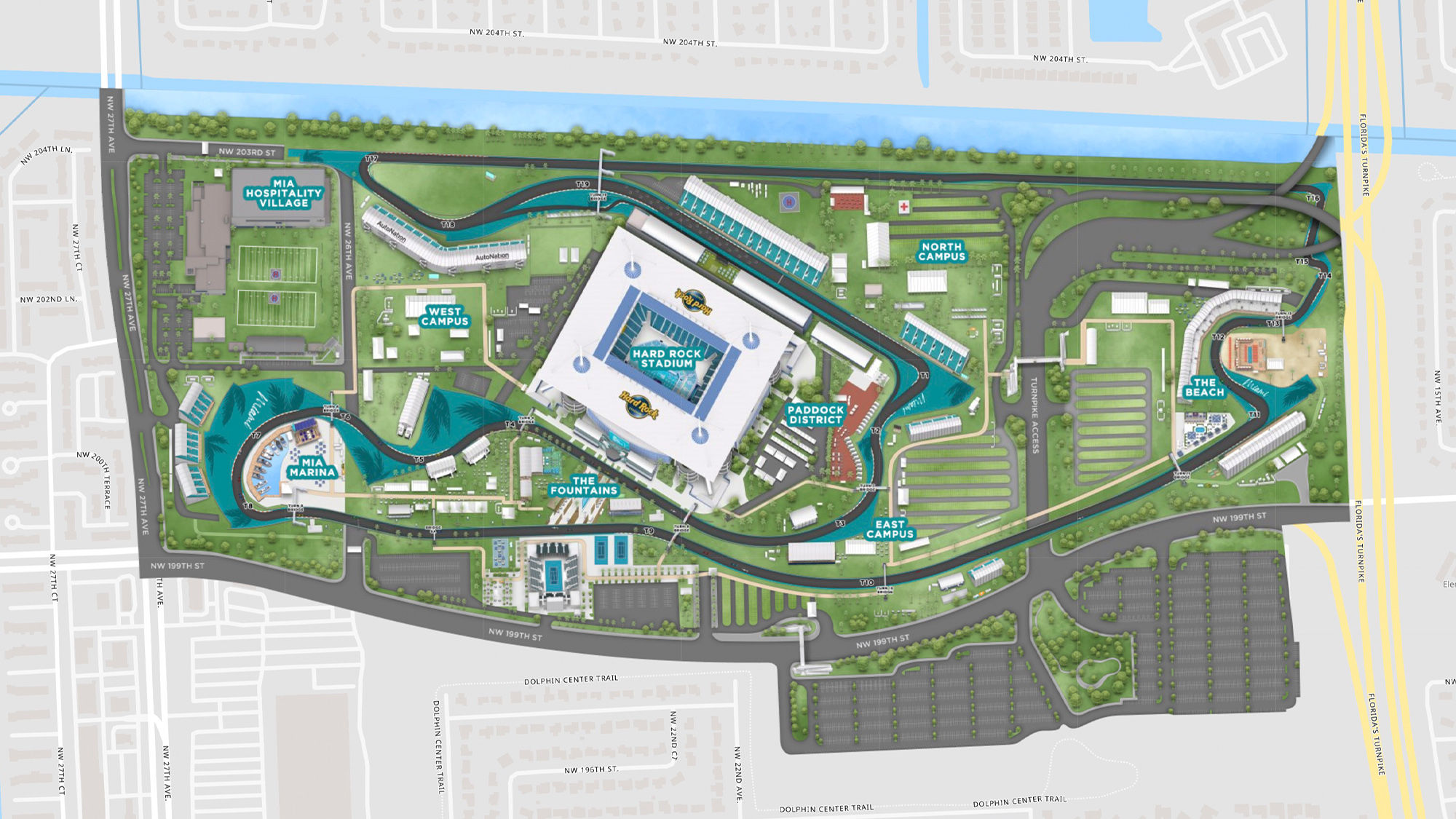 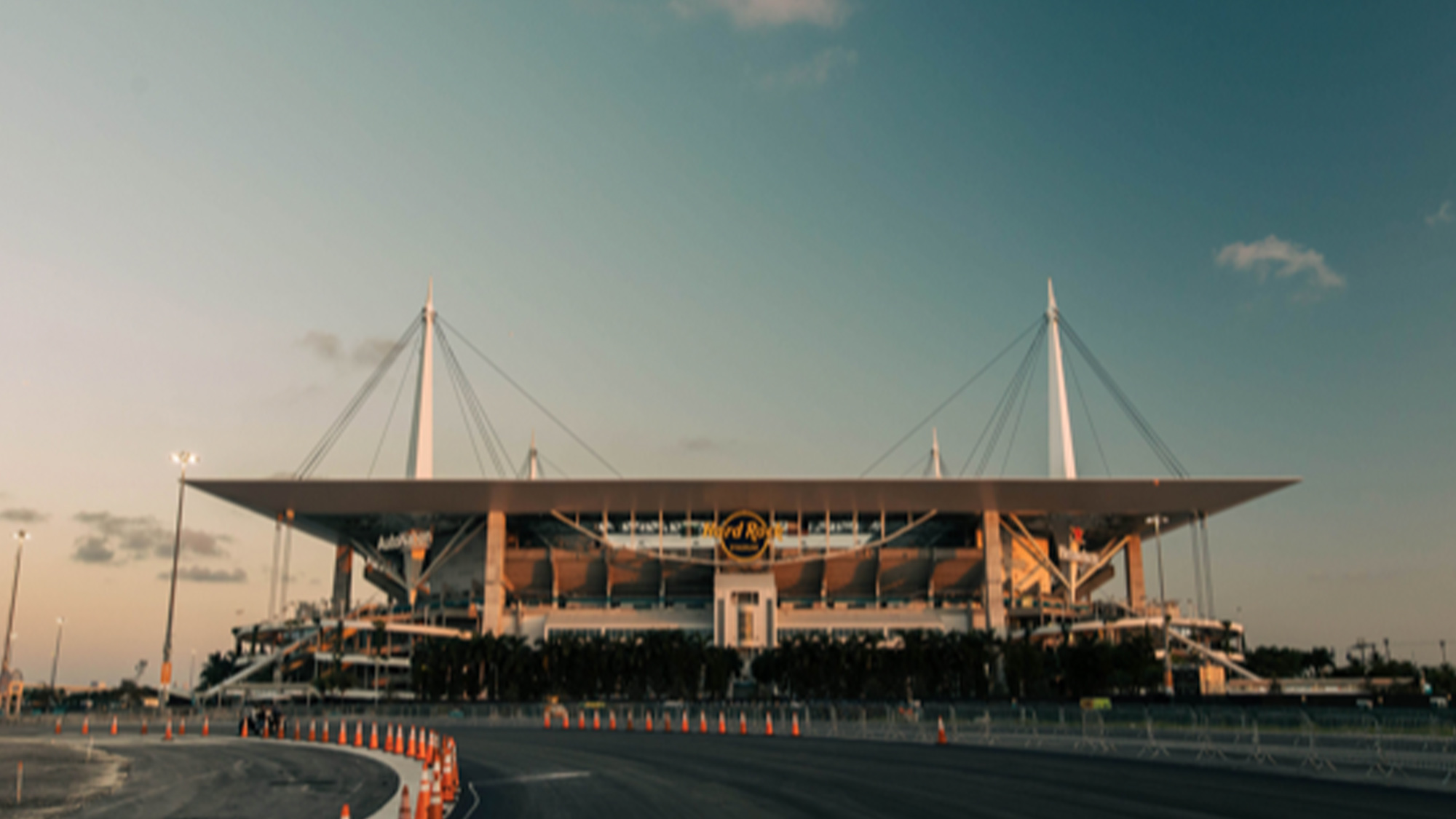 The circuit is laid out around the Hard Rock Stadium, home to NFL's Miami Dolphins 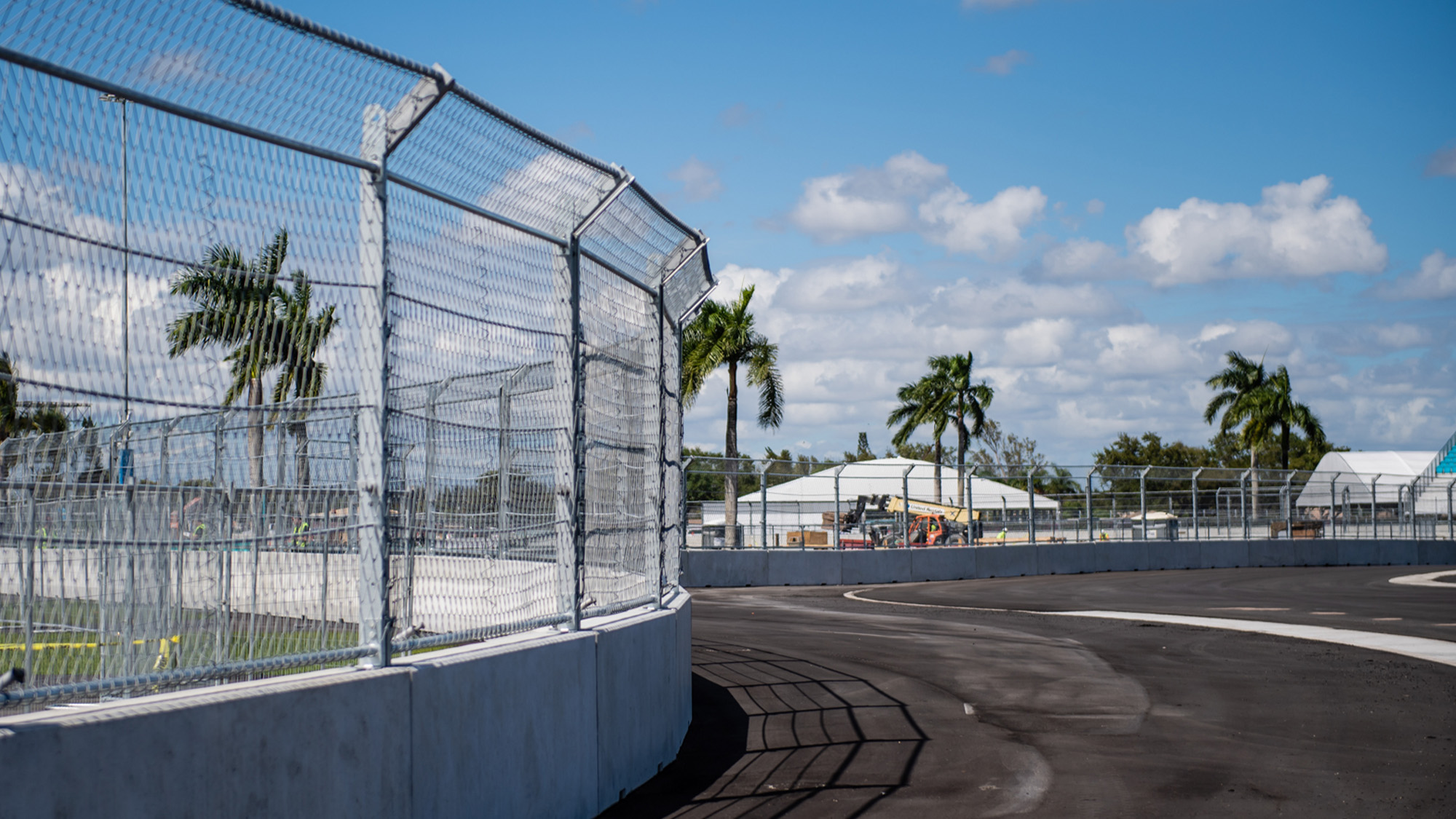 The temporary nature of the circuit is given away by the seven miles of concrete barriers and debris fences, which are still being installed. Kerbs are also being painted as the May 8 race approaches. 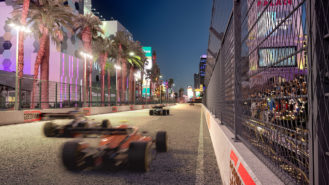 With Miami and Las Vegas Grands Prix, F1 will have three races in America next year. It is all about the money but that's no bad thing, writes Chris Medland

“We’re in the final stages of this incredible circuit that will host the first-ever Formula 1 race in Miami,” said Richard Cregan, the former head of the Abu Dhabi and Russian Grands Prix, who is now CEO of the Miami race. “We are delighted with the progress we have made and it’s a huge credit to the hard work of the team here in Miami to get this circuit finished in a tight timeline.

“We have tried to create a track that drivers love to race on and a campus that offers unique, best-in-class fan experiences; and we can’t wait for the first weekend in May to be here.”

The Miami Grand Prix — and a Las Vegas race next year, follow a surge in F1’s popularity in the United States, which saw a sellout crowd at last year’s US Grand Prix in Austin.

Both of the new American races hint at how F1 will evolve in the future, while steered by the current commercial rights owners, Liberty Media. 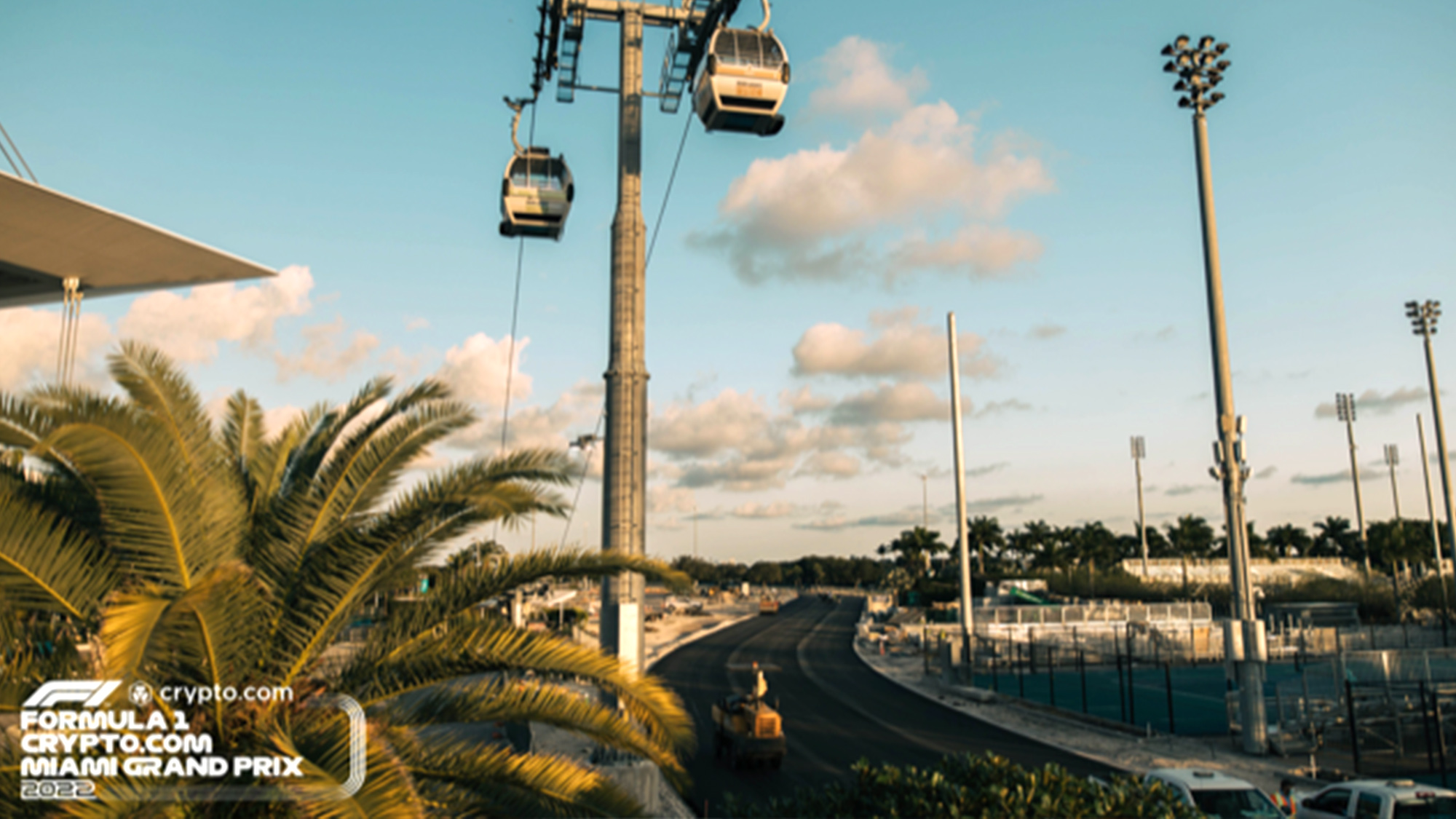 A gondola runs alongside part of the circuit, which is almost complete

A fly-through conceptual video of the Miami circuit shows a venue dominated by hospitality areas, including a pool club and yachts dropped into an artificial lake, while the Las Vegas circuit incorporates a large stretch of the neon Strip; the race visible from multiple hotels along Las Vegas Boulevard.

Unlike some previous American forays, the quality of racing is said to be at the forefront of circuit design. The 19-corner Miami track is described as challenging for drivers. There are Saudi Arabian-style fast, flowing corners, and two heavy braking zones at the end of long straights.

Top speeds are predicted to be around 200mph, with cars expected to be on full throttle for 58% of the lap.

“There has been no compromise on any aspect of the circuit design or quality of construction,” said Cregan. “In my experience of working with new venues over the years, I’ve never seen as much effort on perfecting the surface of the track as we have done in Miami.”

In addition to extolling the quality of the racing surface, organisers also point to another area of Miami’s excellence: a record 14 pedestrian bridges crossing the circuit.