Formula 1 and the FIA have just provided more meat on the bones of the brave new world they propose for the 2021 season. And they have said that, to make it easier for cars to run closely to each other, ground effect should play a ‘much bigger role’.

Ground effect is downforce produced by cars’ shaped undersides, and in the late 1970s and early ’80s it dominated F1 thinking as well as went a long way to frame the competitive order.

It was pioneered by Lotus and vastly increased grip and cornering speeds; therefore it was quickly adopted by the entire field. And with ground effect F1’s aerodynamic focus and understanding, previously rudimentary, was transformed. It was, in effect, banned for the 1983 season, but in the meantime, the ground effect era produced some classic F1 cars and more than one example of extreme lateral thinking.

We have taken a look at five particularly memorable examples of F1’s ground effect machines. 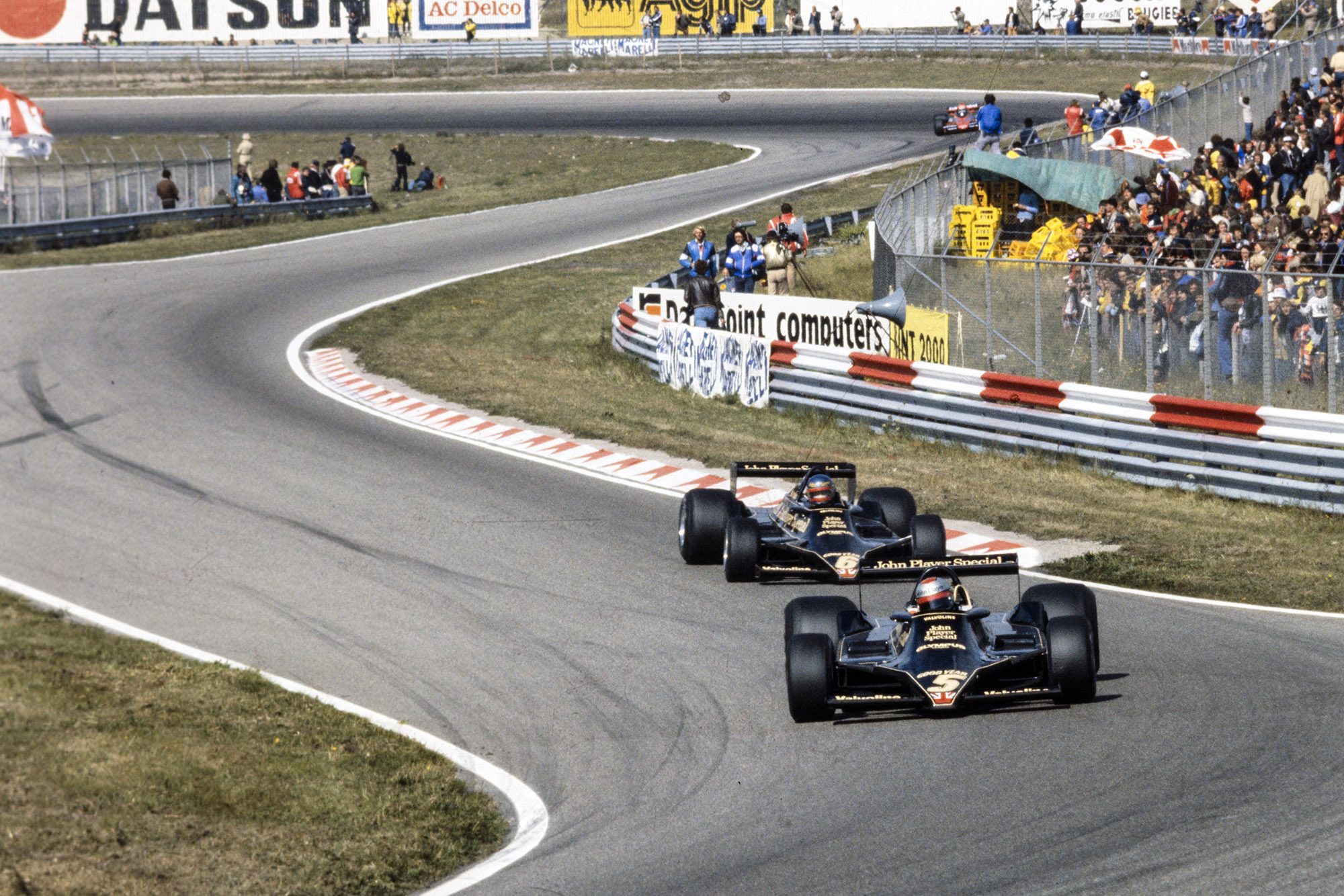 Once upon a time, Lotus had dominated Formula 1. But come the mid-1970s it was struggling. Lotus kingpin Colin Chapman chose a clean-sheet approach to turn matters around. With Tony Rudd, Peter Wright and others they pursued a ‘wing car’ concept’, which was to use the entire car’s length to generate downforce; seeking the holy grail of more grip without additional drag.

After extended hours in Imperial College’s wind tunnel they landed on the way to make it work, closing the gap between the bottom of the sidepod and the road to seal the low pressure airstream under the car. The Lotus 78 for 1977 was, with this, a fine machine, taking five wins. Mario Andretti likely would have won the title but for non-finishes.

But with the Lotus 79 for 1978, as Denis Jenkinson explained, “whereas the Lotus 78 could come under the category of a ‘wing car’; the Lotus 79 is more a ‘ground effects’ car”. Now its seal was provided by full-length sliding skirts, rather than the 78’s short flexible ones, and it generated real suction. Lotus swept the 1978 season. And Formula 1 was transformed. 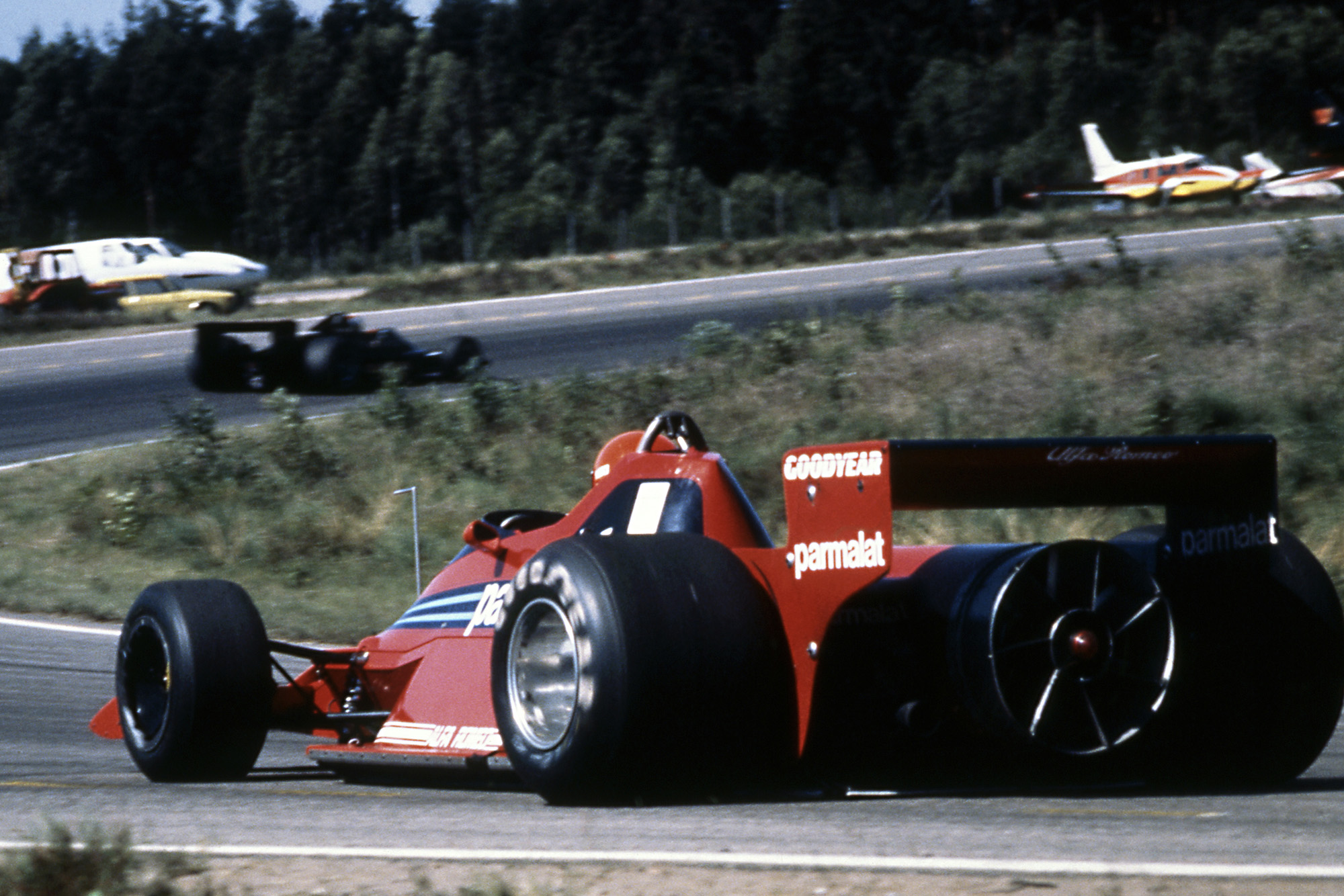 The notorious Brabham ‘fan car’, as seen at Anderstorp for the 1978 Swedish Grand Prix

What to do when the Lotus 79 is dominating, and your flat-12 Alfa engine is too wide to copy its ground effect solution? Brabham designer Gordon Murray as ever applied lateral thinking. For the 1978 Swedish Grand Prix at Anderstorp his new BT46B had a giant fan on the back that would suck air from underneath the car, akin to Jim Hall’s Chaparral Can-Am machine from years before.

As Murray had spotted a loophole. The regulations said that aerodynamic parts only had to be fixed if the “primary function” is aero, so as long as the majority of the fan’s air was cooling the engine then the car was kosher.

Niki Lauda with it cruised to the Anderstorp win, and contrary to popular belief the car was never banned subsequently, rather it was withdrawn, as Brabham boss Bernie Ecclestone feared the collapse of his FOCA power base if the team continued with the wheeze. The fan car, sadly, was a one-hit wonder. 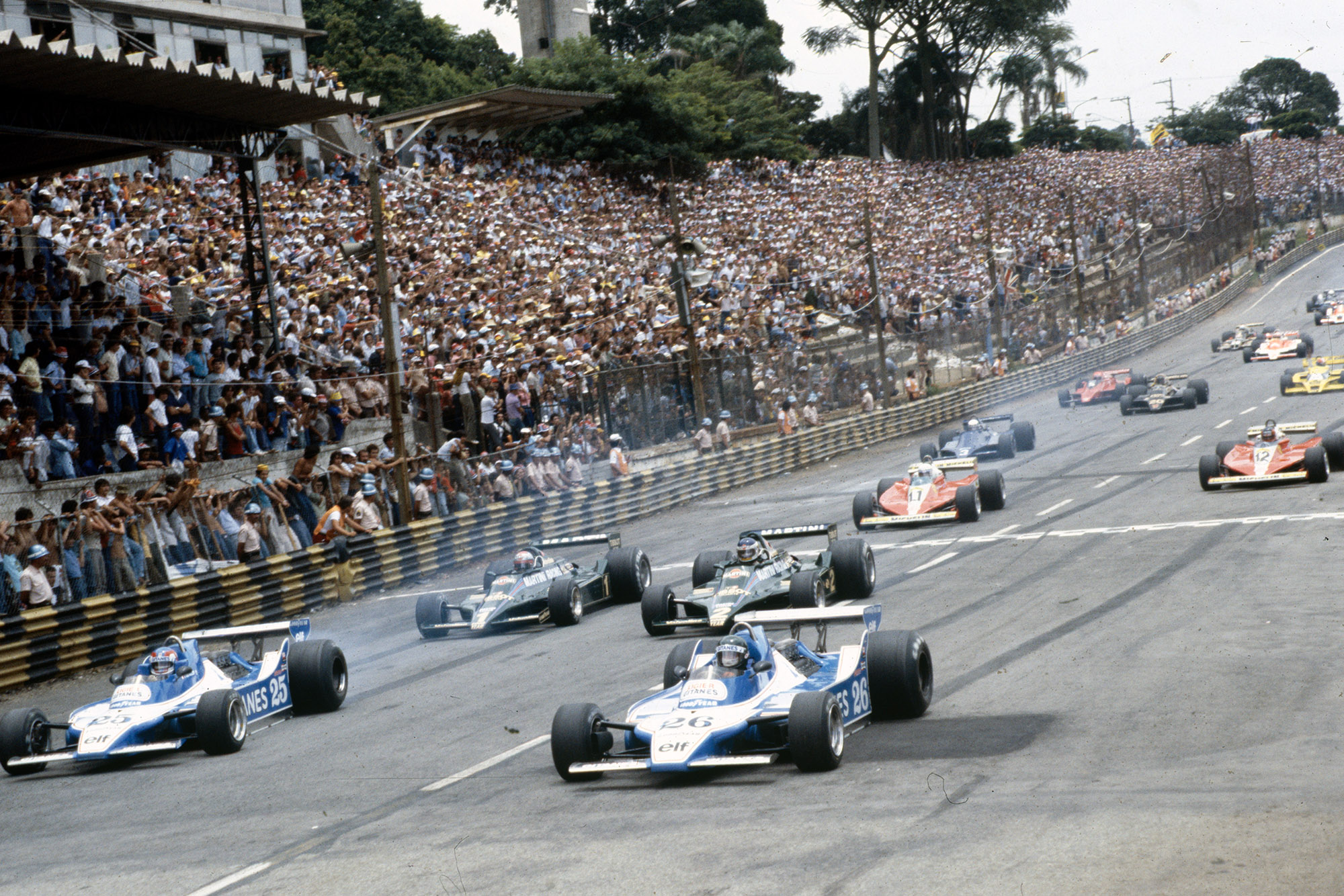 Lotus, after sweeping 1978, had almost no time to enjoy its success. As come the opening 1979 round a rival jumped straight over it. And an unlikely one, in Ligier.

The French squad had been in F1 for three years and was roundly viewed as low-budget and not very well organised. But suddenly it had the early-1979 rounds all to itself with its classic JS11.

The Lotus 79, despite its ground effect advantage, had, in Peter Wright’s words, “all the torsional stiffness of a wet lettuce”. Ligiers, by happy coincidence, had always been built stiff plus designer Gerard Ducarouge was good at suspensions – both improved the concept markedly. Plus the team had ditched the bulky Matra V12 for the mainstream Cosworth DFV. Ligier essentially did the Lotus 79, but better.

It also benefited from creative interpretation of what was not a movable aerodynamic device, as it featured a flap that opened to bleed off excessive downforce at high speed and stop the car hitting the ground. Ligier wasn’t though able to convert its fine JS11 to a championship charge – largely due to the budget and organisational shortcomings mentioned. 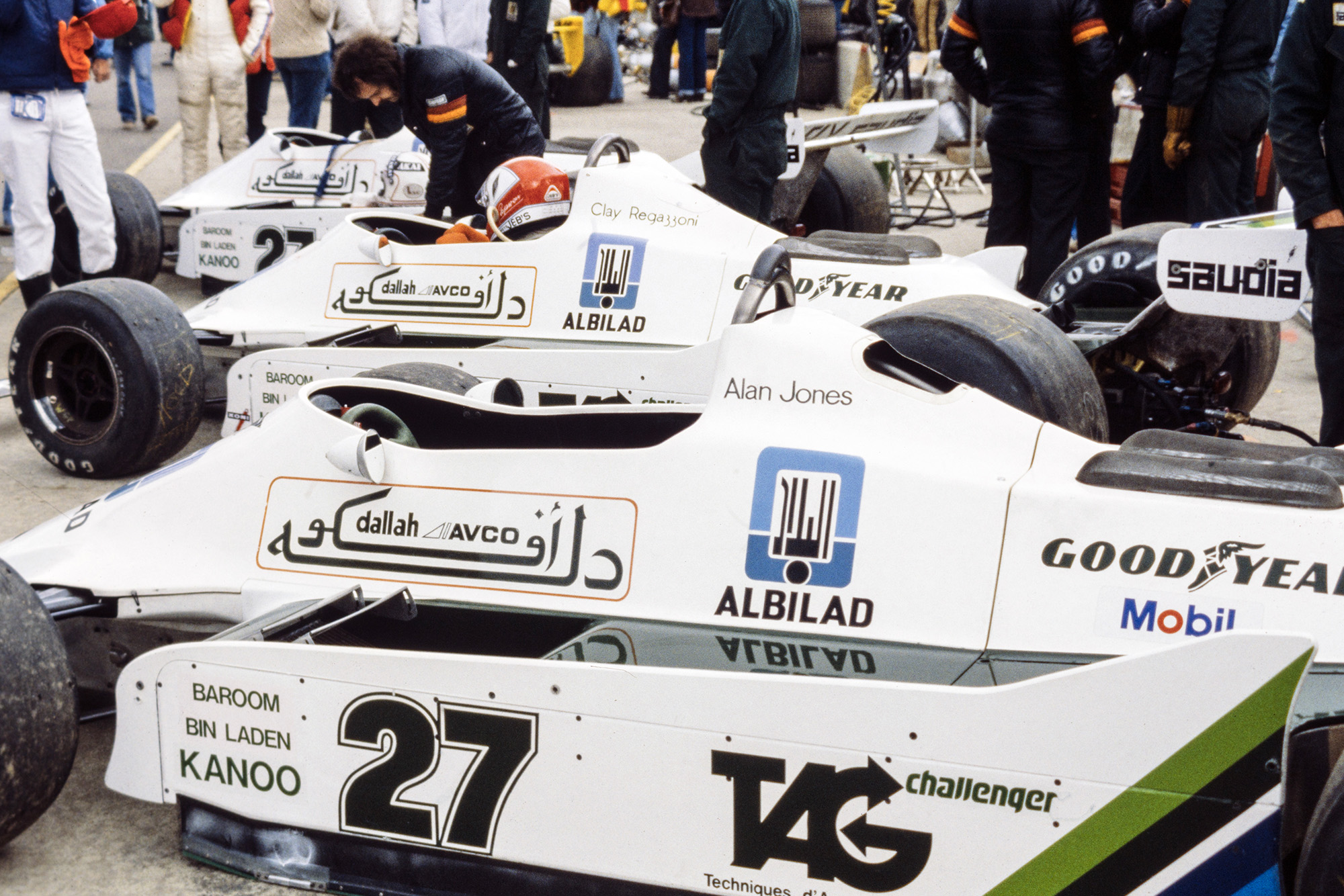 This was a similar case to the Ligier JS11. Frank Williams, like Ligier, had been around F1 for a while but was not all that highly rated. Yet also just like with the JS11, Williams with its FW07 – introduced a few rounds into the 1979 season – took the Lotus 79 and did it better, particularly in chassis stiffness. Crucially too it avoided the errors made by others – including Lotus – of overreaching in the ground effect game.

Its FW07 was effective from the off – Alan Jones led at Zolder and should have won, but retired with a battery problem, then his team-mate Clay Regazzoni chased home the victorious Jody Scheckter at Monaco. But the real breakthrough awaited at Silverstone, with what seems a simple tweak to the modern perspective of adding underbody panelling to tidy the airflow under the engine.

Jones’s pole time there sent a shiver down the pitlane, and Williams then won five of the remaining seven races that year. And unlike with Ligier, this set Williams up for years of habitual championship bagging. 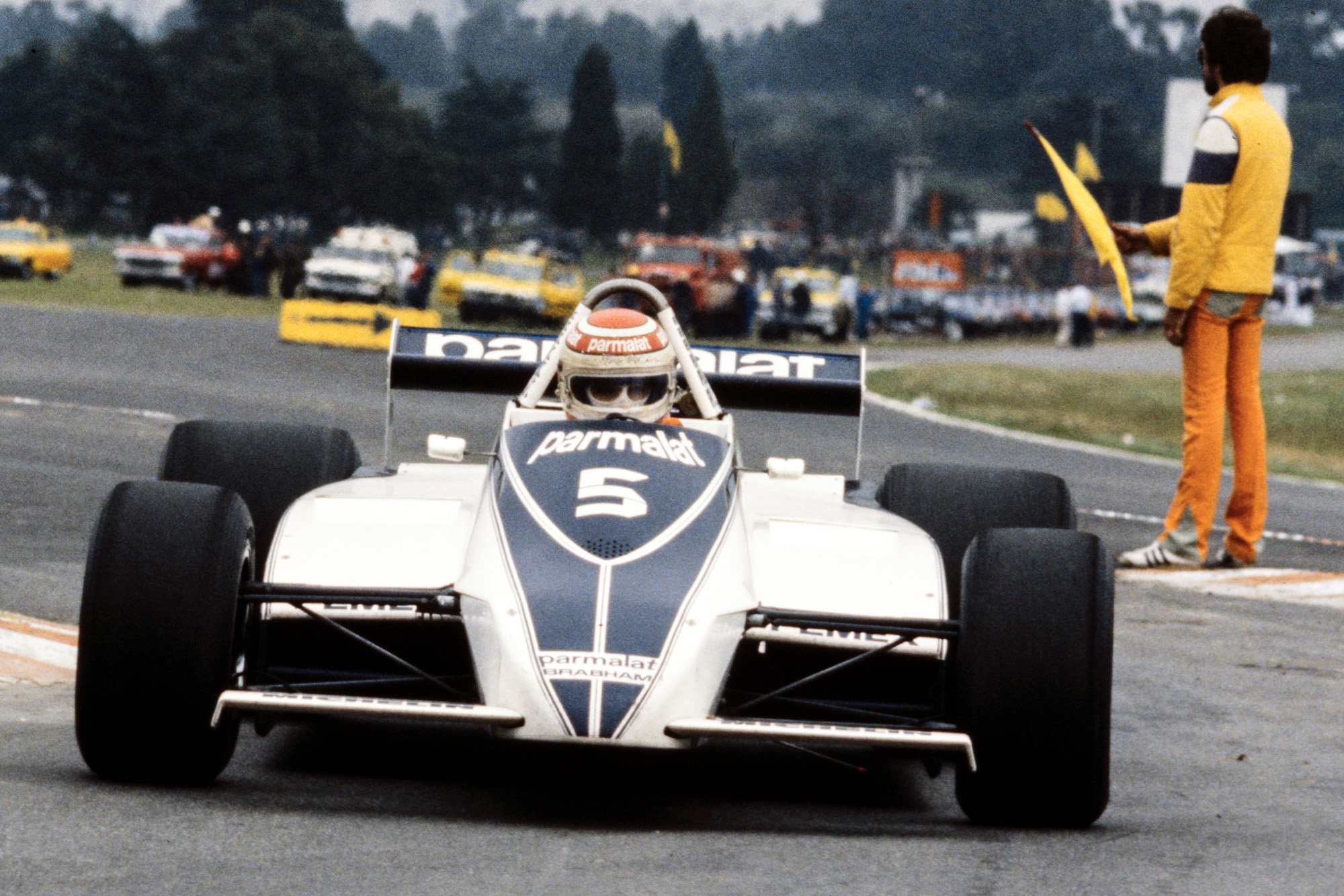 Piquet started on pole in the 1981 Argentinian Grand Prix, with his BT49C with trick suspension

Another case of Gordon Murray’s lateral thinking. His Brabham BT49 was already a ground effect classic, enabling Nelson Piquet to come close to the 1980 title. Yet for 1981 FISA – as the sporting arm of the FIA was then known – sought to eliminate ground effect, with a new 6cm ground clearance.

Murray again spotted a problem though, that the rule was unenforceable. As it takes a rather swift steward to measure ground clearance when the car is moving… Hydraulic suspension that would lower the car at speed was the way to go.

Murray turned up to 1981’s Long Beach season-opener and was astonished to see no one was pursuing a similar system. His device was initially unreliable, but was still good enough to destroy the opposition in round three in Argentina, with even Piquet’s unfancied team-mate Héctor Rebaque moving up to second behind Piquet for a time.

It quickly lost its advantage though, as amid the resultant flux stewards allowed crude driver-operated lowering systems. Piquet still though took the title that year.