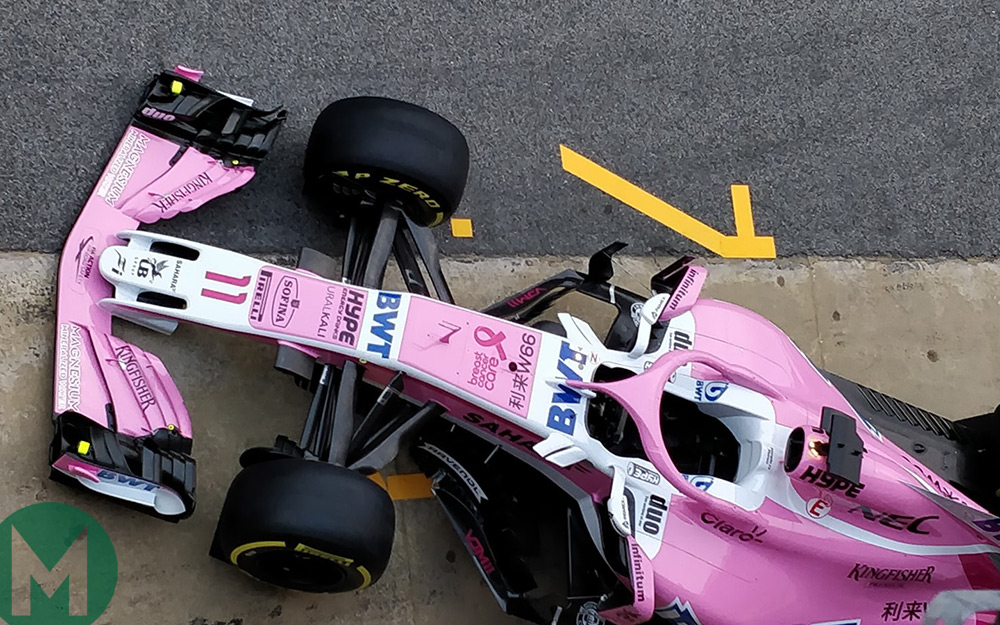 Force India unveiled its 2018 VJM11 to the gathered press in the Barcelona pitlane, but there was still no new name.

The team had previously confirmed its intention to reveal both at the same time.

Esteban Ocon and Sergio Pérez will renew their partnership in driving for the team in 2018, with Alfonso Celis the team’s reserve driver. The 21-year-old Mexican will spend the season racing in Indy Lights.

Updated: Nicolas Latifi will sit out the Barcelona test as he recovers from an illness.

Technical director Andrew Green admitted the car is an evolution of the previous car, rather than one of wholesale changes. But development is expected before the season begins in Melbourne. “The DNA of the car is still very much that of last year’s car. We took the decision, quite a while ago, that the launch specification of the 2018 car would be based around our understanding of the 2017 car, but with all new structures required by the regulations in place.

“It is a starting point, a good reference from which to introduce changes quite quickly; it gives our aerodynamics department more time to develop a car for the first race in Australia, rather than having to release parts early for testing.”

Vijay Mallya, owner of Force India, believes the team can build on its strong showing in 2017.“I see no reason why we cannot consolidate our position and improve,” he says. “Yes, Formula 1 is a very tough and competitive environment, but we are an established team with continuity in all areas of the company. We don’t take anything for granted, but we will be disappointed if we are not fighting for points at every race this year.”