The first half of Simon Arron’s assessment of each Formula 1 team’s chances ahead of the Australian Grand Prix. Part two will be online on Saturday. 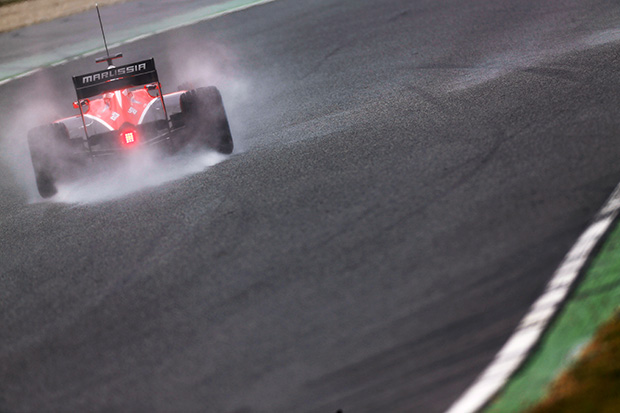 If optimism earned championship points, Red Bull might have been looking over its shoulder at rivals other than Ferrari and McLaren. Marussia is probably the most popular team in the paddock – cheerful, down to earth and wholly realistic about its place in the scheme of things. This season it will have a Kinetic Energy Recovery System for the first time – a detail that won’t make the team a race winner, but might elevate it from the back. In 2012 the gap between Caterham and Marussia was usually smaller than KERS is worth. Max Chilton has unfairly been tarnished as a driver who is here only because of his father’s largesse, but he’s a fast-improving racer who scored a couple of impressive GP2 wins last season. Jules Bianchi is part of Ferrari’s development programme: he finished second in the 2012 Formula Renault 3.5 series and spent his spare time testing for Force India. He replaces Luiz Razia, who was announced as the team’s second driver but ran into sponsorship difficulties after limited testing.

Had there been an official award for most disappointing team of the season, Caterham might have walked it in 2012. Equipped with an engine package comparable with Red Bull’s, it relied on quirky circumstance and Heikki Kovalainen’s effervescent opportunism to make it through to the lofty heights of Q2 – and that happened on precious few occasions. Kovalainen has since been sidelined by the team’s need to recruit sponsored drivers. Charles Pic was among last year’s unsung success stories, the Frenchman showing very well at Marussia against proven benchmark Timo Glock. Rookie Giedo van der Garde has a wealthy father-in-law and previously specialised in finishing somewhere between fifth and eighth in major junior championships. He has been on the treadmill a while and competed against such as Hamilton and Rosberg in the F3 Euroseries… back in 2004. 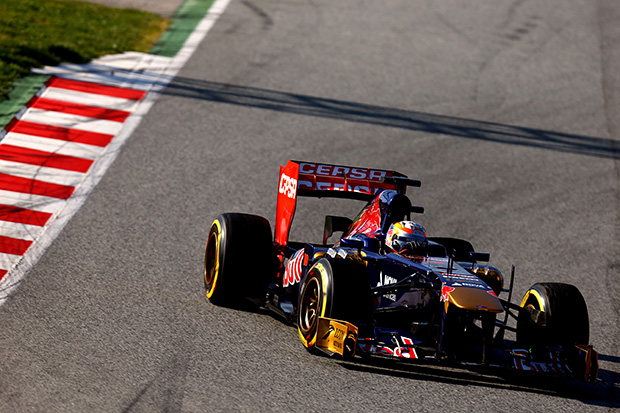 For the past few seasons there has been an unwritten rule that Red Bull offshoot Toro Rosso’s drivers should be more or less glued together on race afternoons, no matter where they start. It used to happen with Sébastien Buemi and Jaime Alguersuari, neither of whom did much wrong but were eventually dropped for being capable rather than exceptional. Daniel Ricciardo and Jean-Eric Vergne realise they might be exposed to the same fate if they don’t up their game this year – although that might be hard if the car again settles into a class all its own, well clear of the stragglers but fractionally shy of the mainstream midfield. The arrival of technical director James Key from Sauber should help. Ricciardo and Vergne have both raced well on occasions – Ricciardo particularly so during the second half of 2012 – but Vergne has been let down by his qualifying form. Red Bull consultant Helmut Marko has a notoriously short tolerance threshold, won’t accept perceived shortcomings from the cockpit and has some potentially stellar candidates coming through the system. Foremost among these is Portuguese racer Antonio Felix da Costa, a winner last year in GP3, Formula Renault 3.5 and F3.

Last season wasn’t just about Williams scoring its first victory since 2004, but a snapshot of a team on the rise following a serious technical shake-up. It hasn’t bred much stability, though: in December, chief operations engineer Mark Gillan – one of those credited with the upturn – split from the team, saying he wanted to spend more time with his family. Technical director Mike Coughlan and aero chief Jason Somerville remain, though, and logic dictates that the new FW35 will take over where the neat FW34 left off. The main reason for the team’s position this far down the entry list is that Pastor Maldonado kept hitting things. The generously sponsored Venezuelan accumulated 45 points last season, more than half of them in one afternoon with his memorable defeat of Alonso in Barcelona. He has a fantastic touch at circuits others find challenging – Monaco, Spa and Singapore, for instance – but such gifts are too often compromised by an ocean of red mist. The team has exceptionally high hopes for newcomer Valtteri Bottas, its test driver since 2010. He hasn’t raced regularly since winning the 2011 GP3 title, but completed 15 practice sessions for the team last season – and those performances were a persuasive factor in his promotion. 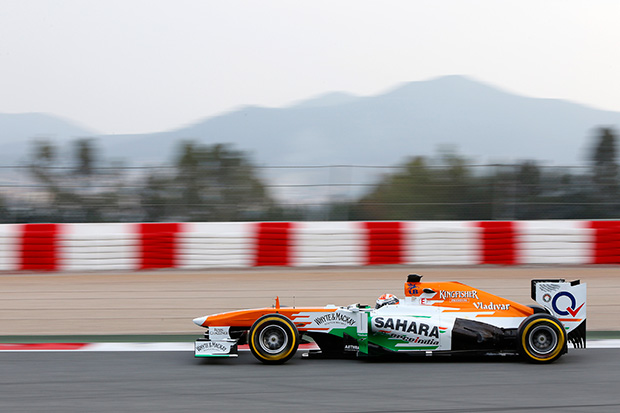 This is a team emerging from a winter of significant discontent. Rarely a week has gone by without the Indian financial press highlighting looming problems for both owner Vijay Mallya and his commercial partner Sahara. Despite everything, though, the team formerly known as Jordan, Midland and Spyker trundles on. There was a lengthy hiatus while the driver line-up was settled, but Paul di Resta stays on for a third year after being overlooked by bigger fry during a recent bout of musical chairs. The Scot has a fine single-seater pedigree, but has looked worthy rather than wonderful during two seasons in F1. There have been highlights – fourth place on merit in Singapore, for instance – but he spent too much of last summer in Nico Hülkenberg’s shadow. Adrian Sutil returns after one-season sabbatical – during which he received a suspended jail sentence following an assault conviction – and the German is a known quantity. He has peaked in terms of career development, but is likely to deliver a string of points finishes that bring useful cash benefits (and also has a healthy sponsorship portfolio). Sutil has become a much more dependable racer than was once the case. He used to be a magnet for first-corner accidents, although Spain 2009 was a notable exception: that afternoon, he bypassed the first right-hander, rejoined the circuit 150 metres later and had his customary mishap at Turn Three instead.