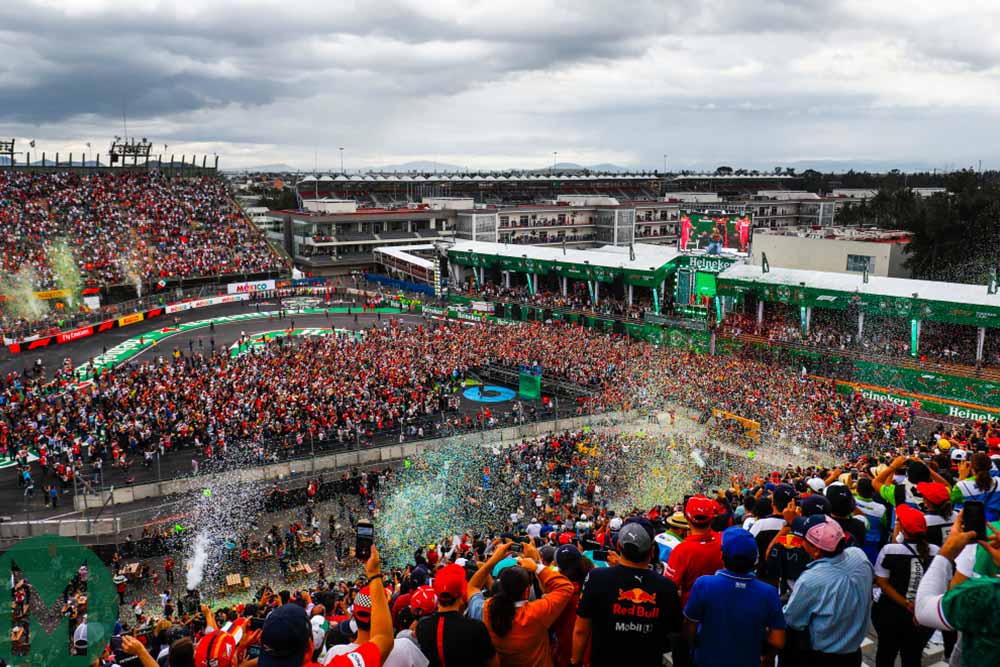 Mexico will stay on the F1 calendar until at least 2022 after a new deal was announced Photo: Motorsport Images

The Mexican Grand Prix is to remain on the Formula 1 calendar as a new deal has been confirmed to keep the race up to “at least” the end of the 2022 season.

The agreement ends speculation about the race’s future and also means the event is to change its name to the Mexico City Grand Prix.

This reflects a new arrangement wherein the local Mexico City government will create a trust to raise the private investment required to fund the race – public funding will not now be used – with the city government acting as an “intermediary”.

The three-year deal was formally signed today after an agreement between F1, the event promoter and the Mexico City government.

F1 CEO Chase Carey said the renewed partnership followed a popular reception of the race by local fans – over 1.3 million have attended the race since its return to F1 in 2015 – and worldwide audiences.

The event has also been awarded the FIA award for best event four years running since rejoining the calendar.

“We are pleased to have renewed our partnership with Mexico City, which will now host the Formula 1 Mexican Grand Prix until at least 2022,” Carey said.

“Ever since it returned to the championship calendar in 2015, this event has always proved to be amazingly popular with the public and fans, not just in Mexico, but also around the world.” 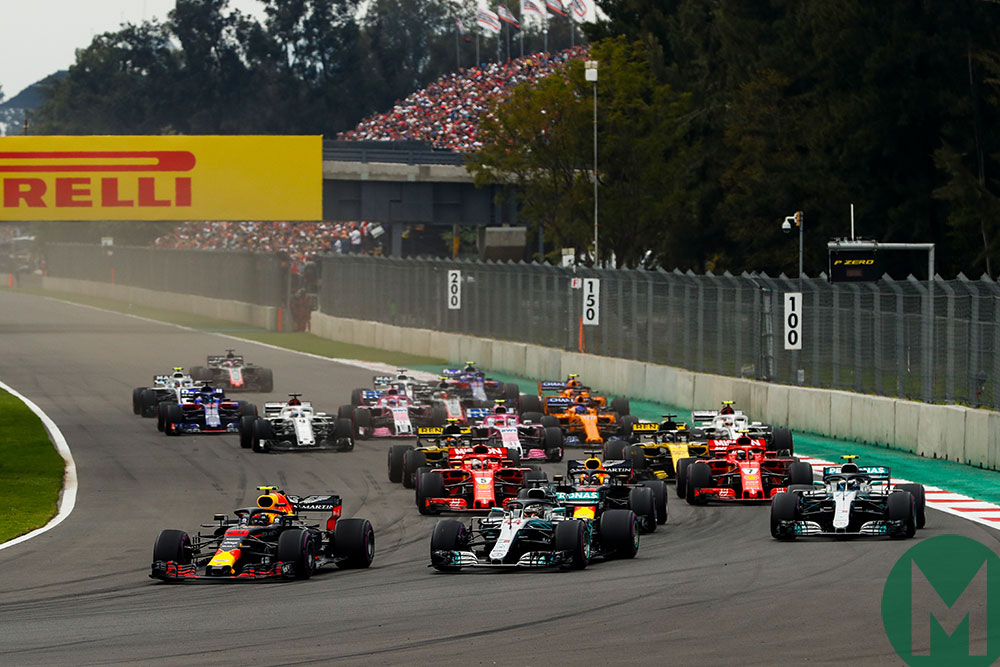 The start of the 2018 Mexican Grand Prix Photo: Motorsport Images

It had looked like Mexico would fall off of the F1 calendar as the country’s president Andrés Manuel López Obrador announced that government funding for the race would be cut.

Local government officials however have saved the event, with Mexico City mayor, Claudia Sheinbaum Pardo, saying the event would not be funded with public money and would instead be funded through private investments.

“The presence of Formula 1 in the city for further three more years was achieved for the first time through a new financing model in which public resources are not used,” she said.

“Previously the federal government collaborated with the payment for the event. The Mexico City government will be an intermediary, creating a trust that will raise the private investment required to deliver this international event.

“The price of the tickets will remain the same as in previous years.”

The full 2020 F1 calendar is expected to be published in the coming weeks, with Mercedes boss Toto Wolff commenting recently that F1 teams have agreed to increase the schedule to 22 races from the current 21.

Races in Vietnam and the Netherlands are to be added to the calendar, while there remain doubts over the future of the Spanish, German and Italian rounds.