Formula 1 has confirmed that it has terminated its deal with the promoter of the Russian Grand Prix meaning there will be no race in St Petersburg from 2023 onwards.

It follows the cancellation of this year’s race at Sochi Autodrom in the wake of Russia’s invasion of Ukraine.

“Formula 1 can confirm it has terminated its contract with the Russian Grand Prix promoter meaning Russia will not have a race in the future,” a statement from the series confirmed. 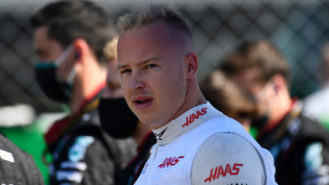 Nikita Mazepin looks to be banned from racing in the British Grand Prix, after UK motor racing's governing body announced that no Russian-licensed competitors will be allowed to compete in…

The St. Petersburg Igora Drive circuit was supposed to host the Russian GP from 2023 onwards, taking over from the Sochi Olympic venue. That will no longer be the case.

F1 had already moved to cancel this year’s event in Sochi, originally the final race the venue would host, as sporting organisations around the world put sanctions in place against the country.

Yesterday the FIA confirmed that it would not be banning Russian and Belarusian license holders from competing in international motor sporting events, but that they would be able to compete under a neutral flag.

Motorsport UK went further still and barred any Russian driver from competing in the UK, meaning Haas’ Nikita Mazepin would theoretically be barred from the British Grand Prix in July.