50 years on from Jochen Rindt’s first F1 win at the 1969 United States Grand Prix, Paul Fearnley reflects on a champion that was denied his coronation 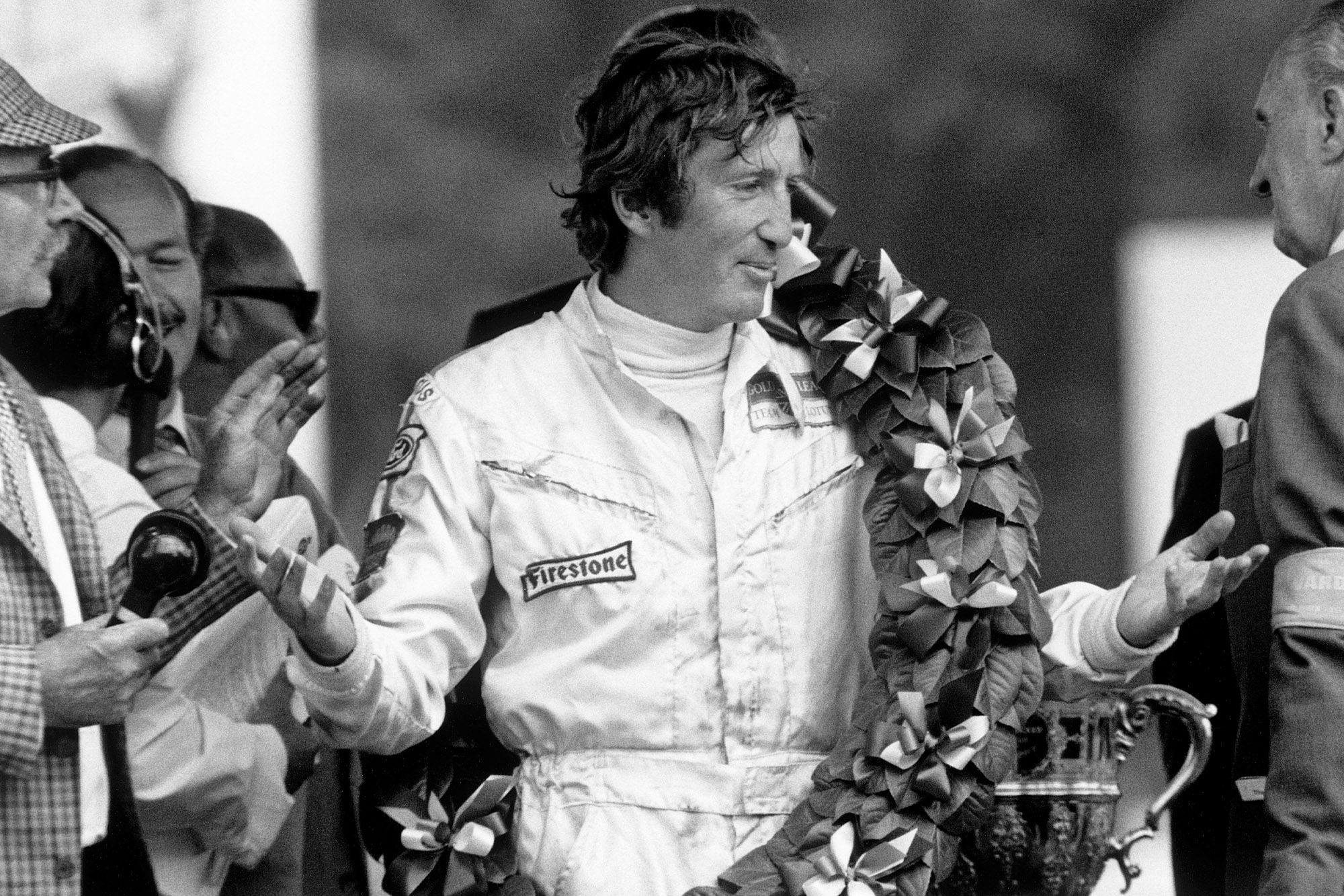 Undisputed king of the first, uncrowned prince of the other, Jochen Rindt was a conundrum.

There was nothing he couldn’t do in F2 – lead from the front, charge from the back, control a slipstreaming pack – yet he couldn’t buy a win in F1.

And Motor Sport’s Denis Jenkinson bet his fulsome beard that the Austrian never would.

Jackie Stewart, in contrast, reckoned his friend and rival to be a whisker away from that breakthrough victory.

“I’m sure there was immense frustration on Jochen’s part,” he says. “His success in F2 kept him sane in motor racing terms. It was the same for me. Doing well in F2 was vital to keeping our reputations up there.

“And if winning an F2 race meant beating Jim Clark in the process, so much the better.

“Jochen and I had some fantastic dices. You could trust him. Even if he went totally sideways, you knew he wouldn’t lose it. Often you thought, ‘He can’t keep that up, he’s going to go off.’ But he rarely did.

“Even so, when I saw him driving like that, I felt confident that I could beat him. I didn’t always do so, of course, but that’s the feeling it gave me. That’s a strong mental position to be in.

“Making sideways happen is a waste of energy. Even if you have the experience and reactions to deal with it, it’s still eating into what I call the creative time.

“He’d had Jim Clark – the best in the world – driving for him, and Jim didn’t fling an F1 car about. Jochen finally took it on board that he could be even faster if he cut down on the sideways stuff.”

“To be truly successful, you need to be dispassionate, clear-headed enough to plan – even at 150mph.”

Rindt’s new combination with the Lotus 49B was 1969’s fastest: he led the Spanish, Dutch and Italian Grands Prix from pole.

The first of these promising performances, however, had ended with the vivid accident that coloured much of his season, souring his relationship with Chapman.

The tub was so badly bent from its crash-landing at Barcelona’s Montjüich Park – the sudden collapse of its flimsy skyscraper rear wing had sent it airborne – that none of the mechanics were able to squeeze into it back at the factory.

The letters – open and private – that he fired off from his recuperative bed were those of a relieved and angry man.

The first condemned in sweeping terms the sport’s spiralling and unchecked reliance on wings.

The second was addressed to Chapman, at the Howard Johnson Motor Lodge, Indianapolis: Honestly your cars are so quick that we would still be competitive with a few extra pounds used to make the weakest parts stronger…

Please give my suggestions some thought, I can only drive a car in which I have some confidence, and I feel the point of no confidence is quite near.

This mood was not improved by the subsequent problematic and ultimately embarrassing Indy 500 campaign; Chapman had the 4wd 64s hidden in a suburban garage for fear that sponsor STP’s Andy Granatelli might seize them.

And then Rindt refused flatly to drive their F1 cousin, the 63 – Chapman threatening to sell the 49s from under his number one’s bent nose to try to force the issue.

Though they would never be Chapman/Clark simpatico, these hard-heads needed each another. Both revelled in the buzz of business as well the thrill of speed and, by September’s Italian GP, they had cleared the air and were making it work: a sort of Chapman, Rindt & Co.

That Stewart – his Matra’s ratios carefully calculated to suit the anticipated dash from the final corner – denied Rindt his long-awaited win by 0.08sec seemed like a temporary glitch.

‘Jenks’ must have been in a lather.

The United States GP was held on 5 October at Watkins Glen, a not-for-profit venue in Upstate New York that was offering a $200,000 purse that focused minds.

Rindt qualified on pole despite losing much of the final session to a misfire. Stewart, his first world title sealed at Monza, left his bid too late and would start from the second row.

Head and shoulders better than the rest, however, they immediately established themselves at the front of the race, pulling away as they pleased even as they passed and repassed.

A small error on Rindt’s part on lap 12 was sufficient to let Stewart through – but, nine laps later, he was back in front, lunging by at the downhill Esses.

The Lotus was still leading when a puff of smoke presaged the Matra’s demise on lap 35, its Cosworth DFV’s oil having escaped via a failed rear seal. Some suggested that it had dropped a valve as early as the first lap. 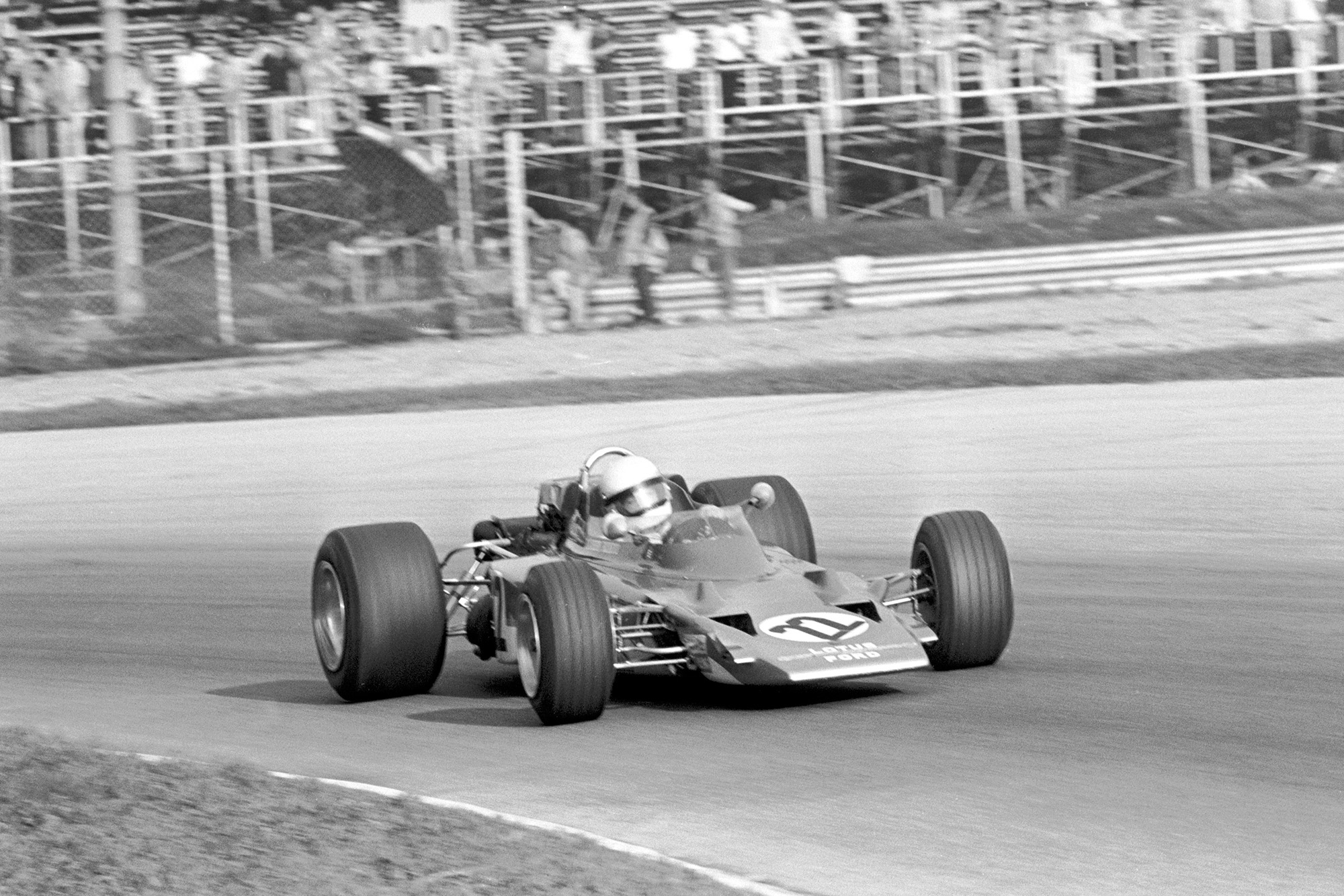 Jochen Rindt in his wing-less Lotus before his fatal crash at the 1970 Italian Grand Prix Photo: Motorsport Images

Whatever, Rindt had earned a break – and throttled back to victory.

Twelve months previously Stewart had at the same venue learned a valuable lesson.

“Leading, when I slowed down I realised that the others slowed down, too,” he says. “I was controlling the pace. There was more than one way of winning.

“Jochen had yet to learn that.

“The fragility part of the Lotus equation made him reassess.

“But, more importantly, Colin Chapman knew what was best for his cars. He’d had Jim Clark – the best in the world – driving for him, and Jim didn’t fling an F1 car about. Jochen finally took it on board that he could be even faster if he cut down on the sideways stuff.

Five wins from his next 10 GPs was testament to that, and though cruel fate denied him a coronation, he had become a king of F1, too.

P.S. Motor Sport’s report of the 1969 United States GP was written by Andrew Marriott – but Jenks honoured the bet in absentia.