Mercedes leads practice in Formula 1’s return to Paul Ricard, but Red Bull and Ferrari still have cards to play 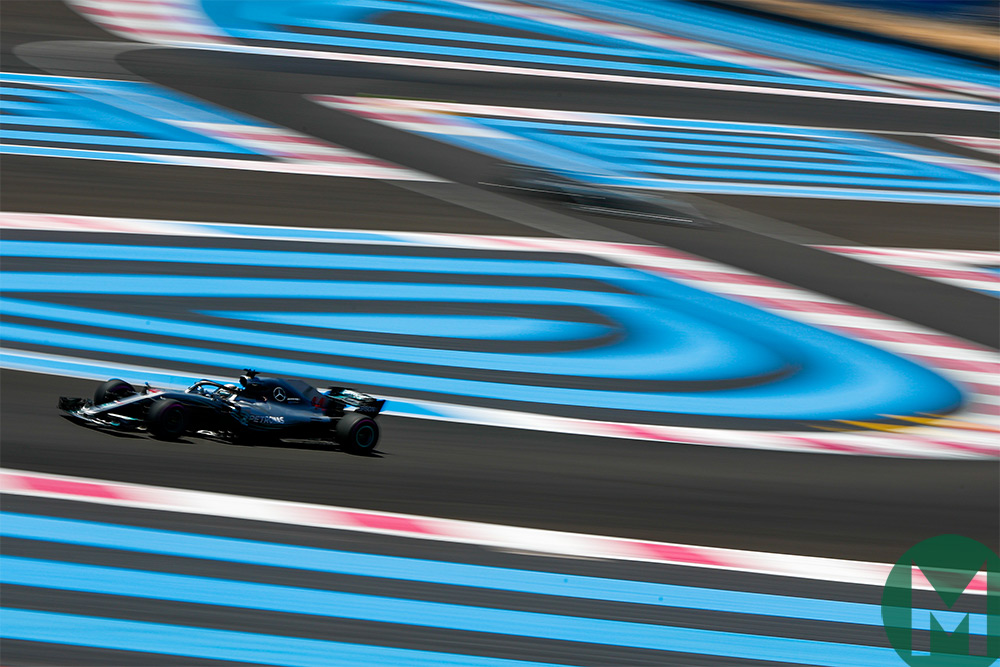 A disrupted French Grand Prix second free practice at Paul Ricard meant that the numbers carry even more ambiguity than usual. But the underlying pattern throughout Friday suggests that, on raw pace, Mercedes is looking in very good shape in Formula 1’s first visit to the venue in 28 years.

However, that’s not the full picture. There is also the question of tyre choice – and in this, Red Bull might just have played a blinder, while Mercedes and Ferrari may have hampered their respective leading drivers Lewis Hamilton and Sebastian Vettel.

In the first session, Daniel Ricciardo set a startling time on the hardest tyre Pirelli has brought here (the soft). His 1min 32.576sec was only 0.3sec slower than Hamilton’s time on the softest tyre brought (the ultra). Given that the soft is by far the most durable tyre – but that it turns out to be unexpectedly competitive over a single lap – it could form a super-valuable part of a team’s race strategy. It means that any of the top-three teams’ cars would be fast enough to use it in Q2 to qualify on – thereby giving themselves a usefully long opening stint, much longer than those cars obliged to use the ultra in Q2 could contemplate.

The significant point here? Hamilton and Vettel have only one set of softs for the whole weekend. Valtteri Bottas and Kimi Räikkönen are slightly better placed with two sets apiece. But Red Bull chose three sets each for Ricciardo and Max Verstappen.

po>Hamilton and Vettel could in theory use their sole set to do a Q2 lap, but this will be the only time they will have driven on this compound all weekend, so it seems a risky proposition. Raikkonen could try the compound in FP3, ready to use his other set in Q2 – but if Vettel doesn’t use the soft in Q2, that would potentially put Raikkonen on a better race strategy than Ferrari’s title-chaser.

Red Bull has none of these complications and has ample sets for both drivers to practice and then qualify on.

Let’s assume that Red Bull qualifies on the softs in Q2 but the Mercedes and Ferraris all go for the ultras. How big a strategy advantage would that bring Red Bull? That all depends upon whether a one-stop strategy is still possible if starting on the ultra-soft. If not, then Red Bull’s strategy advantage would be potentially massive and (almost certainly) decisively race-winning. If one-stopping does turn out still to be possible for those starting on the ultra, then Red Bull still potentially has a strategy advantage by being on faster tyres for longer, but not to the extent of buying an extra pitstop’s-worth of time.

On raw single lap pace the Mercedes looks particularly strong on any tyre. Hamilton’s best lap on the ultra was 0.7sec clear of the best of the rest (Ricciardo), but that may have been unrepresentative in that Verstappen and both Ferraris were caught out by the red flags from Sergio Pérez’s Force India losing a wheel just as they were on new ultras. Bottas by this time was already sidelined with his water leak.

Mercedes has confirmed all its cars are fitted here with the new-spec Phase 2 engines, the upgrade that was delayed from Montréal.

So, with the proviso that we haven’t seen the best of Ferrari it looks like this could be a contest between the sheer pace of Mercedes and the tyre usage of Red Bull.